KANSAS CITY, Mo. — At the top of his career, he was wounded and received a Purple Heart. Two weeks ago, he died disabled and homeless in an abandoned house, with no family. Thanks to the efforts of a fellow disabled veteran, Mr. Eton Gilmore will get the burial he deserves.

A quick drive down Woodland Avenue, and the red house seems just like any other. But there’s more to the abandoned home and street-side trash pile. Beyond the rubbish is the story of a homeless veteran who lived and died in the home, and the woman who is fighting to make sure he’s buried with honors.

Maryannah Mosley is a disabled Vietnam veteran. She spends her time feeding the homeless.

“If they’re veterans, I really reach out. I’m a disabled veteran myself,” she said. 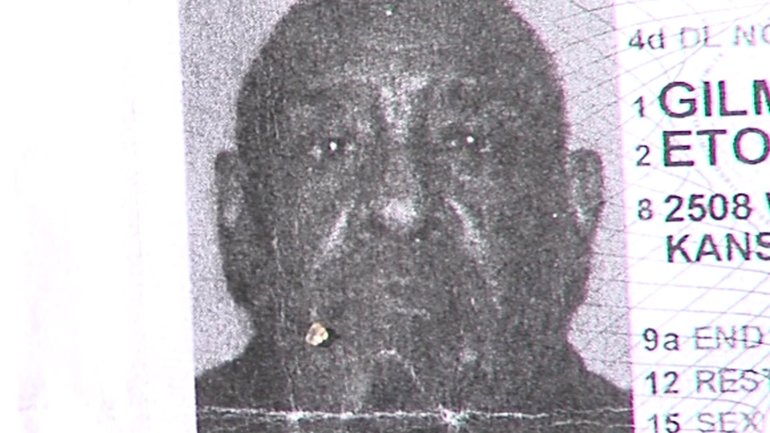 She showed FOX 4 a picture of Mr. Eton Gilmore, a paper copy of his driver license, found on the side of the road in a pile of trash, outside the abandoned home where Gilmore was staying.

“We have some things that were thrown on the curb. We don’t know who and we don’t know how,” Mosley said.

Mosley said Gilmore received a Purple Heart during his time in the Army, drove a taxi after his military service, then found himself living in his cab or in abandoned rooms or houses. From time to time, Mosley or other friends would stop by with a cup of coffee to visit.

“When we found out that he’d passed away, we were looking to find out where he was,” she said.

Mosley found Gilmore at the City Morgue. She said the worker’s telephone response was another example of how alone Gilmore really was.

“He said, ‘We were really getting scared. Nobody has come forward for him,'”

Mosley had him moved to a funeral home in Kansas City, Kansas, but needed the money to bury him properly.

FOX 4 put her in touch with the Department of Veteran Affairs. In a telephone conversation, a spokesperson for the VA said, “He will be buried at no cost to anyone at one of these cemeteries.” The spokesperson said the VA wants to help quickly, he appreciates Mosley’s efforts, and he’s proud of her. “As soon as we’re off the phone, I’m going to push this email over to them.”

It was good news for a helpful friend who just wanted a quiet, peaceful man who served, to go home properly.

“He deserves number one a proper burial and the military to acknowledge his service and that would probably make him very happy,” Mosley said.

Mosley pulled an old radio from the trash pile and said, “Maybe we’ll take this for his final burial. Let them know that this was his joy of living, this little radio.”

Fox 4 is working with the VA and Veterans Cemetery Affairs. Check back here for updates to the story. Mr. Gilmore was 67 years old and died January 20, 2016.