KANSAS CITY, Mo. — Royals Hall of Famer Amos Otis has lived in Las Vegas for the past 20 years, but he’s in town this weekend for Legends Night at Kauffman Stadium when the Royals take on Toronto.

On Thursday, the former center fielder hung out with officers at Central Division, 1200 Linwood.

The Royals brought in pizza and let Amos and the officers talk and laugh during the lunch hour.

“I always chat with the good folks of the police department because they looking out for me and everybody else,” said Otis.

A common question longtime Royals fans want to know is if he sees any of his teammates anymore.

“I get to see some of them at golf tournaments and things across the country. Whenever I come here I run across Freddie Patek, Mayberry and uh, the big man, Frank White,” he said with a smile.

“They could have done that in 1980 when I was here,” he said. “This year fallen’ on hard times cause the guys are getting’ injured. Does’t have the same luck as they had the year before,” he said. 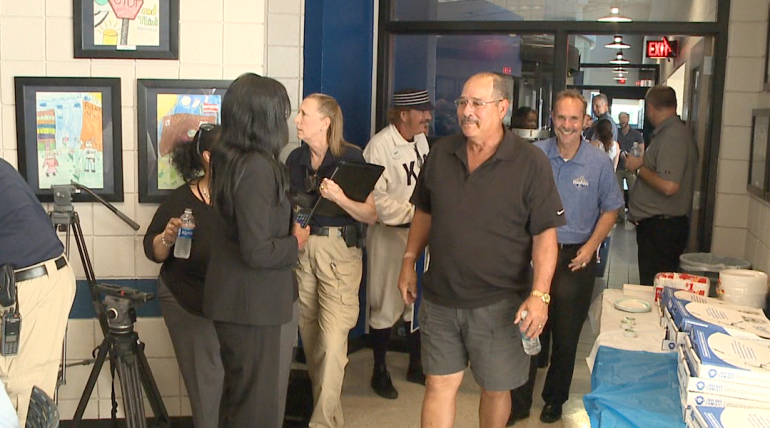 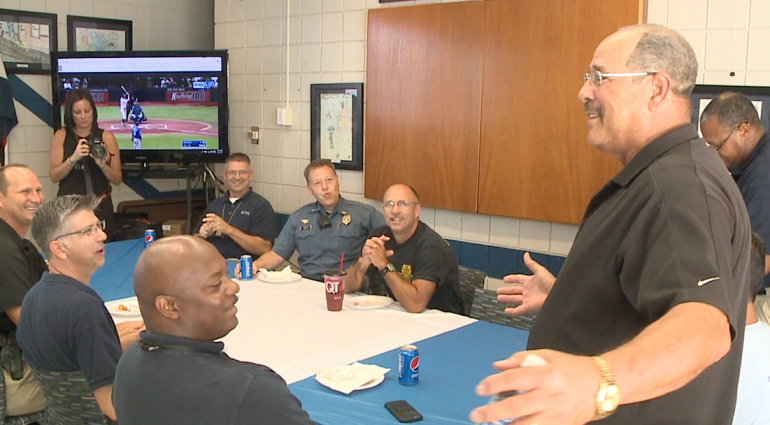 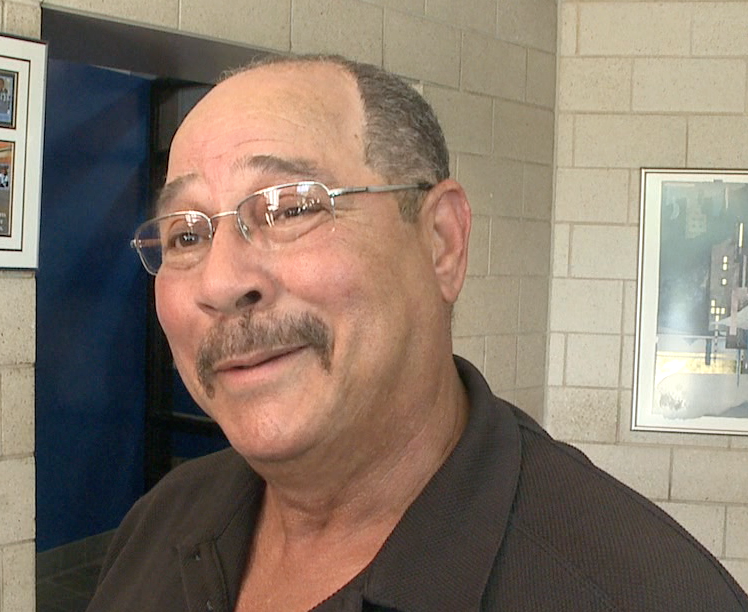 KANSAS CITY, Mo. -- Boys and girls basketball teams across the metro are in the heat of the playoffs.

LAWRENCE, Kan. -- The University of Kansas has placed football coach Les Miles on administrative leave Friday amid allegations of misconduct during his time at LSU.

A 2013 report was released earlier Friday detailing several allegations against Miles during his time with the Tigers. Miles was investigated after two female student workers accused him of inappropriate behavior.

KANSAS CITY, Mo. -- After several days of reports and speculation, the Kansas City Royals made it official Friday and signed an old friend back to the club.

Outfielder Jarrod Dyson and the Royals have agreed to a one-year Major League contract.