OVERLAND PARK, Kan. — When it comes to youth basketball, it doesn’t get any bigger than this.

A group of middle schoolers from the metro is chasing a championship, one with the sport’s biggest backers at its core.

Allen Skeens, Drive5’s head coach, looked on in 2018, when a different cast of 14-year old ballplayers won the first-ever Junior NBA championship. The 2019 edition of Drive5 Power Elite, with a completely different lineup, is ready to rumble again.

Skeens’ team advanced to this year’s Global Championship tournament in May, beating a team from Oklahoma to win the Junior NBA’s Central Region Championship.

In the Orlando games, which will be held at Disney’s Wide World of Sports, Drive5 will be one of 16 teams slated to battle other American and international teams.

Skeens is among those who describe this tournament as being basketball’s version of the Little League World Series.

Skeens, who also works as an attorney in Johnson County, said Drive5’s players come from all across the Kansas City metro. Talent comes from both Missouri and Kansas. One player drives in from Topeka, and another comes all the way from Omaha, Nebraska.

“The young men have an opportunity to meet other people from around the world who share their passion for basketball,” Skeens told FOX4 News. “We travel a lot and we seek out the best competition for these young men. We play up in age a lot. All summer long, we’ve played against high school kids to get ready for the competition down there.”

“I just want our whole team to shine and do everything we can to go out and win the whole thing,” Lance Bassett, Drive5 Power Elite forward and center, said. “It’s a big opportunity for a lot of people.”

Whether or not Drive5 wins it this time around, these 14-year-olds are getting ahead of the game.

Last year`s 11 players are now in high school. Skeens said nine of them made their high school varsity teams, and seven made all-league or all-state as freshmen.

“It’s just basketball. We’re going down there and playing the same game,” Aidan Wing, Drive5’s small forward, said. “It puts in perspective what’s really out there for you to accomplish your goals and your competition to reach your goals.”

“We certainly have high expectations every tournament we go to. We’re expecting to compete to win a championship,” Skeens said.

Warn the rest of the world: Energy like this gives them a running start.

If Drive5 Power Elite makes it to the tournament’s semifinal round, you’ll see them play on FOX4. All games from the Junior NBA World Championship will be seen on both FOX4 and FOX Sports One. Here’s a broadcast schedule for the games, as provided by FOX. 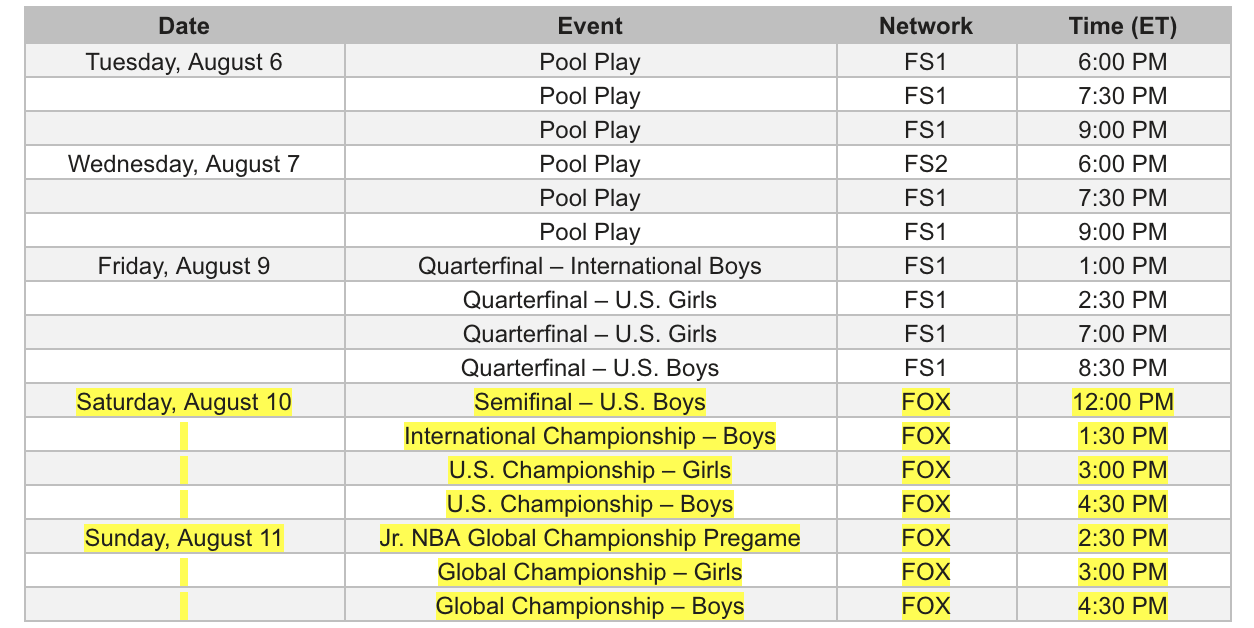 HUNTERSVILLE, N.C. – It did not take long for Joe Gibbs Racing to fill the seat that will be available next season in the No. 20 Toyota Camry.

Christopher Bell will be returning to JGR to replace Erik Jones, who is leaving at the conclusion of the 2020 season.  Bell became available after the recent announcement of the sale of Leavine Family Racing at the end of the season.