KANSAS CITY, Kan. – One of the greatest tragedies of the coronavirus crisis is the toll it has taken on the elderly.

Okey Long was one of Riverbend’s 36 victims. He was sent to Riverbend in March to recover from a seizure. His family expected him back home in a month.

For those who have studied the nursing home industry, the number of residents who have died from the coronavirus isn’t surprising.

“I would say there are thousands who have died that we haven’t counted yet,” said David Kingsley, a retired statistics professor from the University of Kansas Department of Health Policy. “They operate in a veil of secrecy.”

Kingsley, who spends his retirement fighting for better conditions in nursing homes, said it’s an industry that has been troubled since its inception in the 1950s.

But in recent years, he said, the problems have been magnified as family-owned nursing homes are taken over by private equity and giant corporations.

“Maximizing shareholder returns became the overall philosophy of management” to the detriment of care, Kingsley said.

Riverbend was acquired in 2016 by the Ensign Group — a California-based company with 230 nursing homes.

In 2019, the Ensign Group had more than $2 billion in revenue and recorded profits of $111 million, according to a filing with the Securities and Exchange Commission.

In Riverbend’s last state inspection, it was deemed below average. It earned two out of five stars on Nursing Home Compare, a federal website where the public can find nursing home data and inspection reports.

Among the findings were that registered nurses at Riverbend spent only 18 minutes a day with residents. That’s less than half the state average.

“Far less care than the people in those facilities needed,” said Mitzi McFatrich, who heads Kansas Advocates for Better Care, a nonprofit fighting for improved conditions at nursing homes.

Over the last 10 years, the number of state inspectors was slashed from 60 to a low of 30. Kansas said it’s trying to rebuild the ranks, but there are still 16 open positions.

A 2017 federal audit revealed that when inspectors uncovered problems at nursing homes, more than half of the time Kansas never followed up to determine whether the problems were corrected.

“Not good oversight, not good enforcement is what leaves people sick,” McFatrich said. 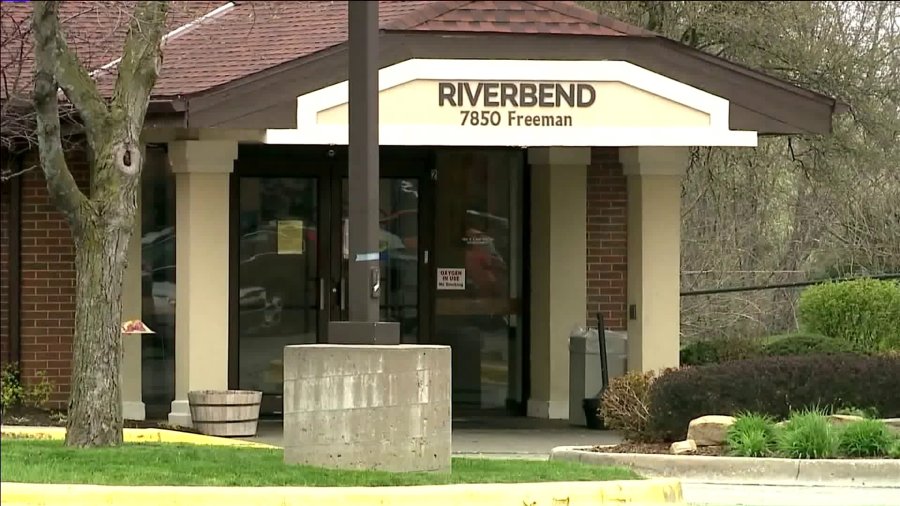 FOX4’s attempt to get more information from the state regarding Riverbend’s inspections has yet to be answered.

In addition, Riverbend has not responded to our multiple requests for comment.

Instead, the facility has posted regular updates on its website, including that Riverbend is “carefully and consistently following the direction issued by the CDC, CMS and the state of Kansas… while the facility has always had a comprehensive infection program in place, we escalated our interventions early in the month of March when news of the Coronavirus began circulating.”

In one suit, filed by Long’s family, Riverbend is accused of allowing a staff member, who later tested positive for COVID-19, work in the facility “without utilizing personal protective equipment while he/she had a cough and fever.”

The lawsuit also accused Riverbend of “failing to separate residents” who were COVID-positive and allowing people to continue to congregate.

The lawsuit alleged that it wasn’t until a nurse inside Riverbend blew the whistle on April 8 that government officials realized that Riverbend “lacked control over the situation.”

By the time state and local officials intervened, it was too late. The majority of people inside Riverbend were infected.

Riverbend has yet to respond to the lawsuits in court.

Attorney Rachel Stahle said the three families she’s representing, including the Long family, are particularly upset that they were never warned the virus was inside the facility.

“They learned about this outbreak from the media,” Stahle said. “They did not learn about it from Riverbend. This is not a failure of individual nurses who frankly have been the hero during this pandemic. This is the failure of a company.”

So how do you protect your own loved ones in long-term care facilities? It’s not easy.

Neither Kansas nor Missouri will tell the public which nursing homes have COVID-19 outbreaks. Both cite privacy laws that advocate say serve only to protect nursing homes.

However, this month both Johnson and Wyandotte counties started listing nursing homes with COVID-19 outbreaks on their websites.

The federal government is now requiring nursing homes to inform family members if the coronavirus has been detected inside the facility.

They’re all changes that came too late for Long’s family.

He was a man who devoted his life to his loved ones, but ended up dying alone, battling a virus he had no chance to defeat.

Want more information? Find a Q&A with the CEO of a nonprofit representing more than 150 Kansas long-term facilities, along with resources on nursing homes in Kansas, Missouri and nationwide here.

When is the first day of school at KC-area districts?