KANSAS CITY, Mo. – A man believed to have contracted COVID-19 is sharing the daily notes he took as his body fought the virus.

There were no tests available when Dave Merriwether and his wife, Marla, became ill in mid-March, but doctors told them their symptoms were consistent with the coronavirus. They were not admitted to a hospital but instead self-quarantined at their Oregon home.

In a Facetime interview with FOX4 on Friday, Dave appeared to be on the mend. He said his wife is also feeling better but getting to full health was not easy.

“Take it seriously,” he said.

The 50-year-old said it all started after he lost his sense of taste and smell. A day later, he had a fever around 102 degrees which lasted for more than a week. Dave and his wife started feel lethargic by the second day, their bodies were too weak to do anything else.

“It just zaps your energy,” he said.

By the fifth day, they were having stomach issues and experiencing a dry cough. Although, Dave said his cough wasn’t as bad as his wife’s.

By day seven, Dave said he often had to stop to catch his breath out of fear of passing out. 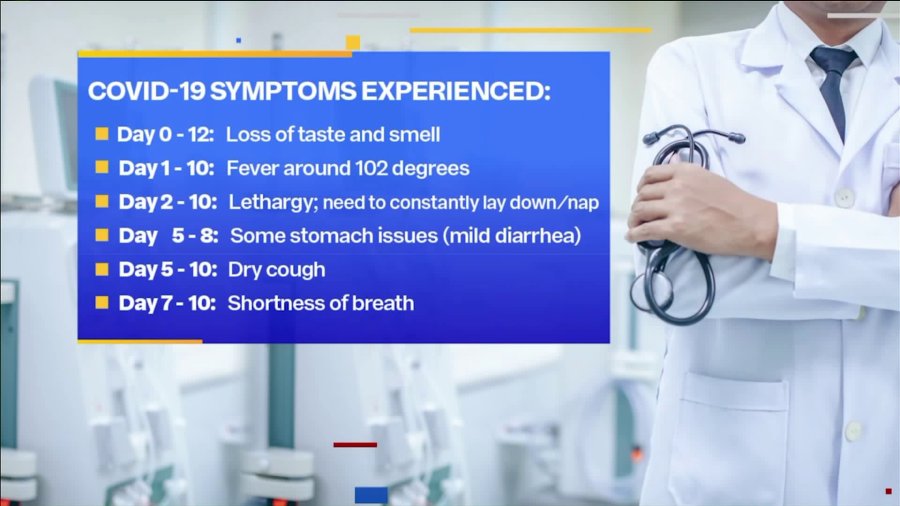 “This [virus] lasts for 8, 9, 10 days of straight fever, straight lethargy, no appetite. You weren’t sure if there was an end in sight,” he said.

Even more worrisome for the Merriwethers was the thought of passing the virus to their three children.

“It was really nerve wracking,” Dave said. “We were really worried about what happens if we lock ourselves in a room of the house? What are they going to do, and God forbid we have to go to the hospital?”

Dave said it’s healthy for people to be afraid, but he hopes his firsthand account can help ease some anxiety.

“It took a long time to get through our systems, but we made it through and there are stories of people who make it through,” he said.

Dave and Marla, who used to live in the metro, don’t know how they got the virus. They’re now waiting to take a newly approved antibody test to find out if they were exposed to the virus and may now have some immunity.

SPRINGFIELD, Mo. — The Birthplace of Route 66 Festival in Springfield, Missouri has been canceled due to COVID-19 concerns, according to the City of Springfield. The steering committee of the Birthplace of Route 66 Festival unanimously voted to cancel the event, according to a news release. “Last year’s attendance was 65,000 over two days and we were projecting to top 75,000 this year, based on the tempo of registrations,” Cora…

JEFFERSON CITY, Mo. -- Missouri reported another 33 COVID-19-related deaths Saturday, up 4.5% in a single day, increasing its total for the coronavirus pandemic to 771.

The numbers are reported, along with testing numbers, on the Missouri COVID-19 Dashboard.

CAMDEN COUNTY, Mo. -- A positive COVID-19 case has been confirmed in a Boone County resident who attended a crowded pool party in the Lake of the Ozarks last weekend.