We’ve been talking about it for several days, and it’s getting much more clear: it’s going to snow Sunday. This is going to be a snow that needs to be shoveled for most of us, but when does the heaviest snow fall? 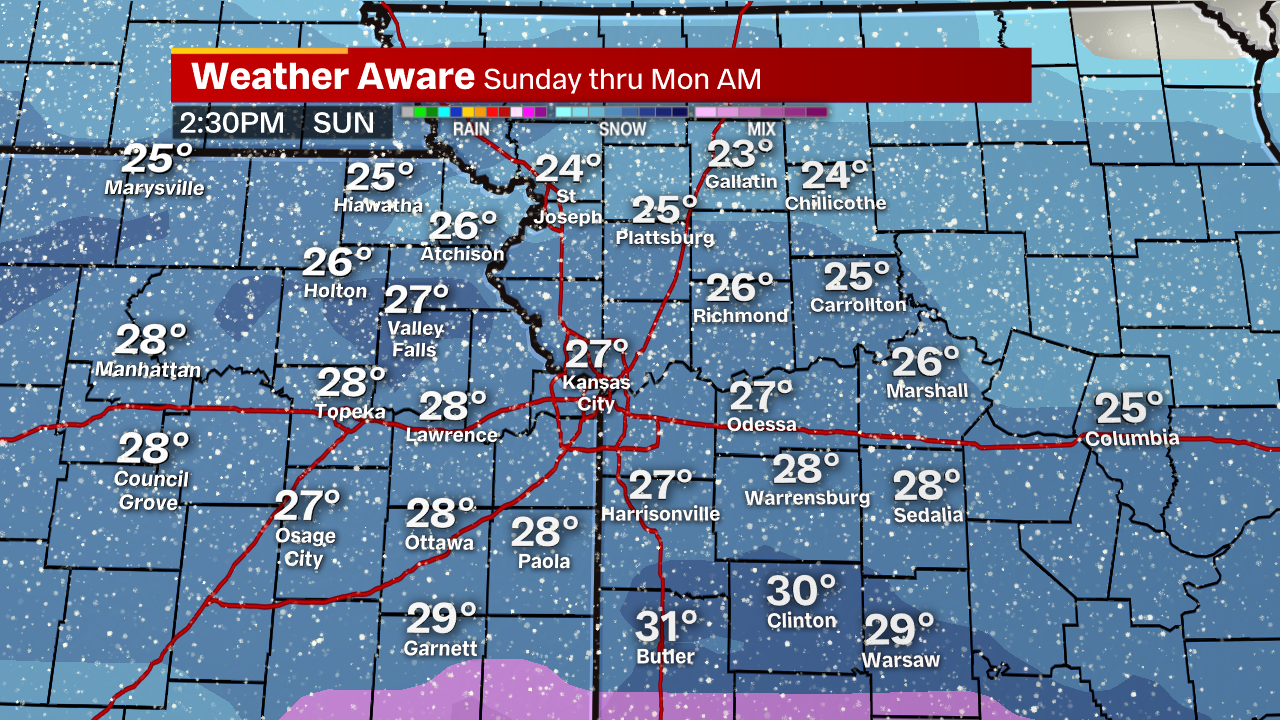 There are two specific systems that are going to bring us snowfall the next 48 hours.  Our first system arrives early Sunday and snow slowly picks up.  By late morning into the early afternoon hours, that’s when I’d expect the heaviest snow to fall. 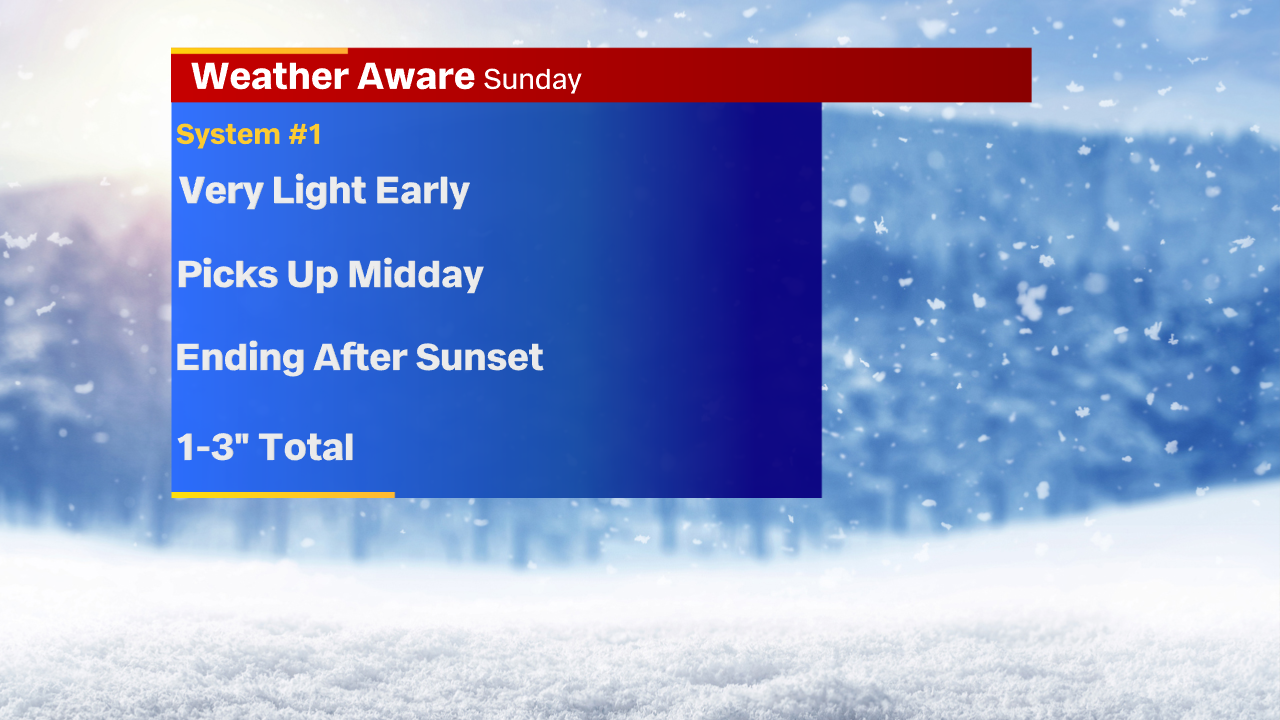 As we remain Weather Aware throughout Sunday, expect 1-3″ of accumulation by the end of the day.  It won’t be snowing right away when you wake up, but it won’t take long.  Most of this snow is out of here after sunset. 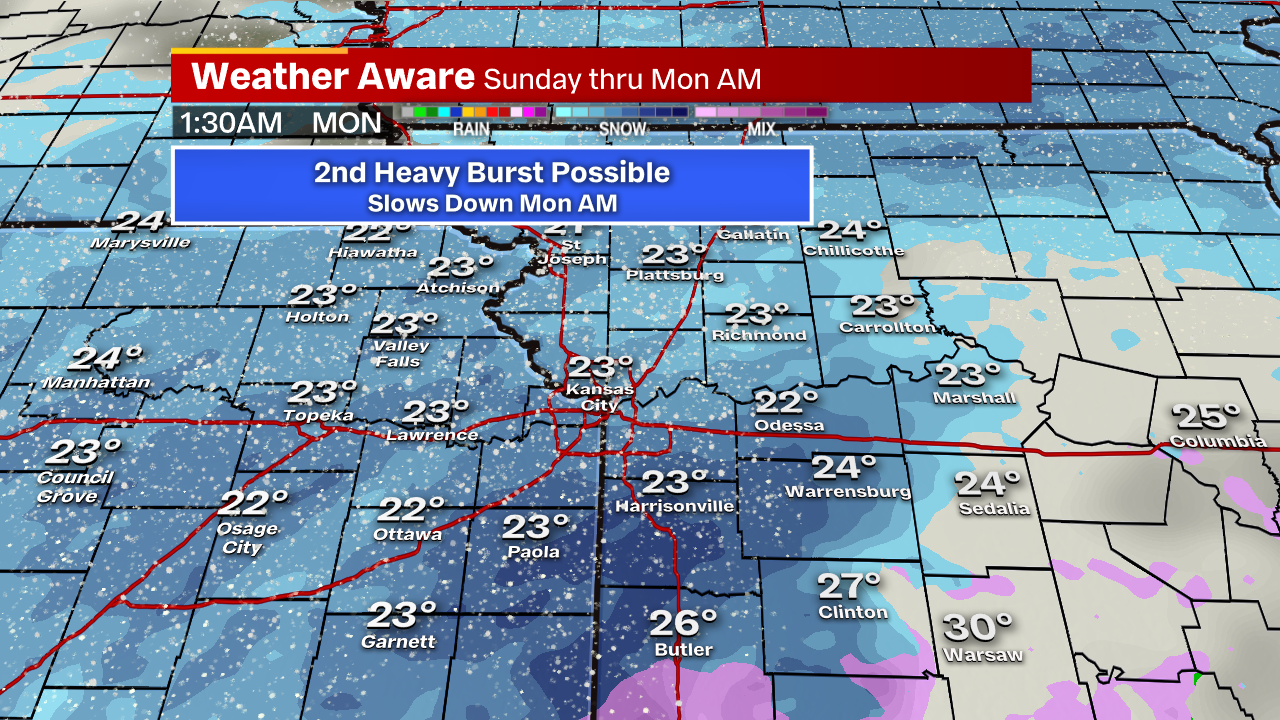 The second system is a bit more of a question mark because it’s just now working its way inland.  Early Monday morning looks to be the next heavy burst of snow.  There’s a heavy band  that looks like it will set up around the metro with part of it creeping south.  That’s going to bring our snow totals up quite a bit more by the end of Monday. 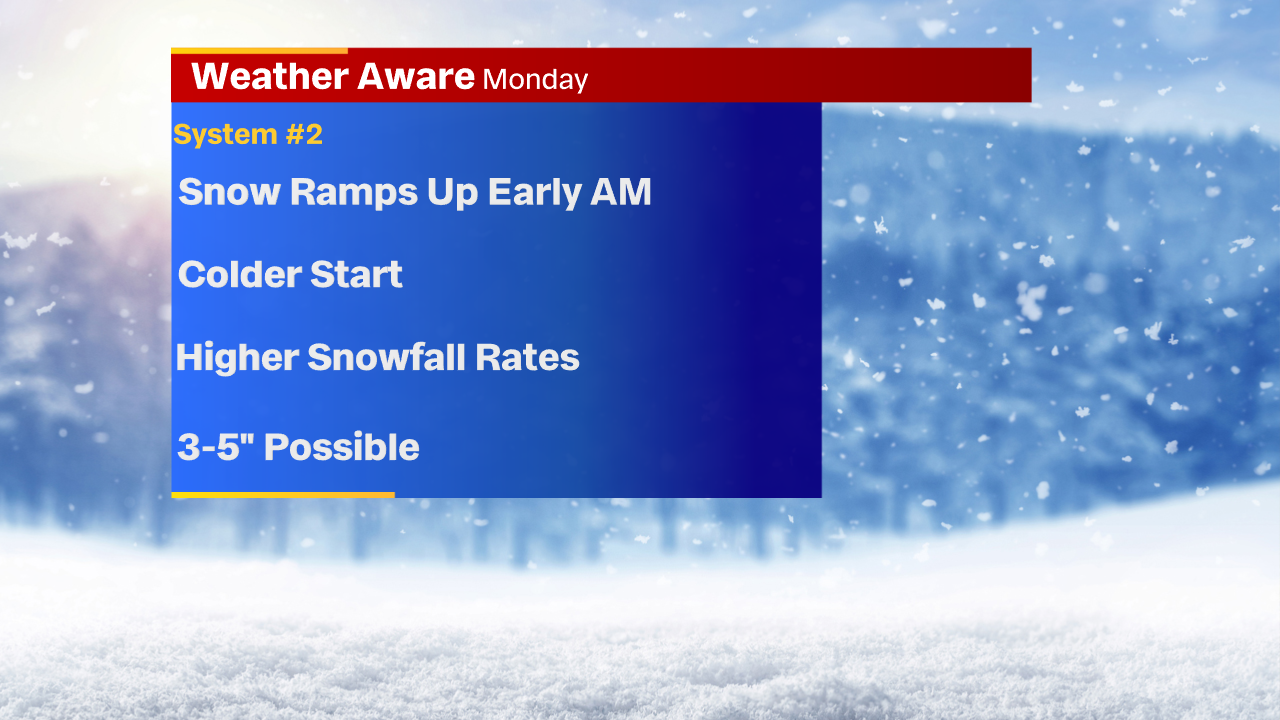 Monday looks to be the slower day with the most snow at this moment.  Will Sunday be worse than Monday? That’s all relative.  I think we get a bit more snow on Monday.  With it being a bit colder and more people on the roadways, we’ll probably see a few more traveling issues as a result. 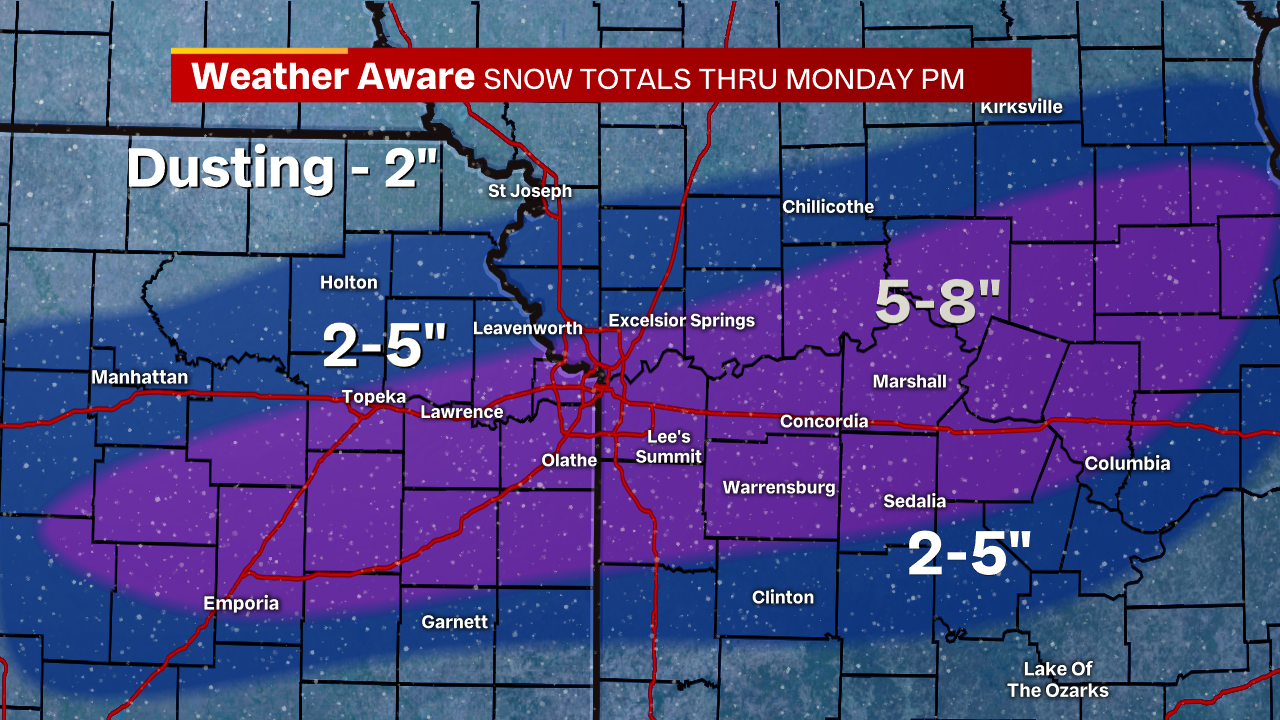 Storm total snowfall has most of us with at least 2-5″ of snow.  There’s going to be a window of 5-8″ of snow in the metro and points south.  But this will be ironed out as this system gets closer over the next 24 hours.  I’ll update you as the 2nd part of this storm gets closer.