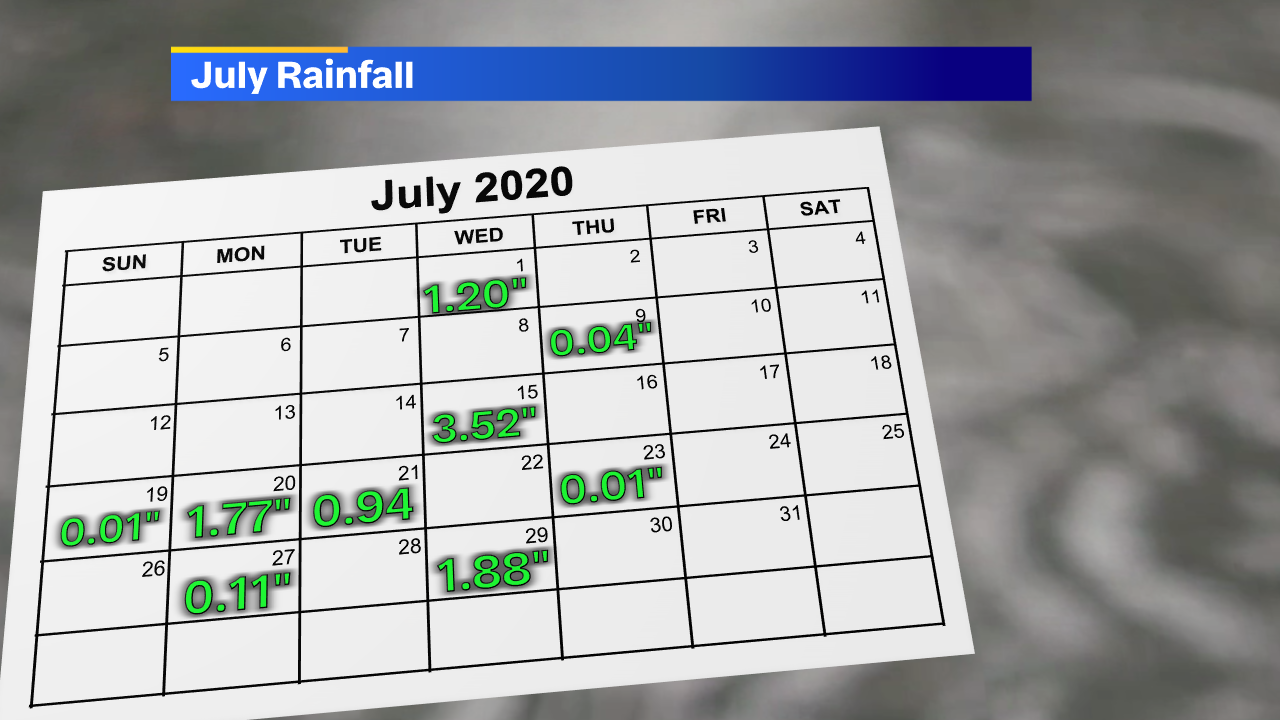 It rained pretty hard for a lot of us yesterday.  After a dry June and start to July, we’ve really kicked up the significant rain in gear the last few days. 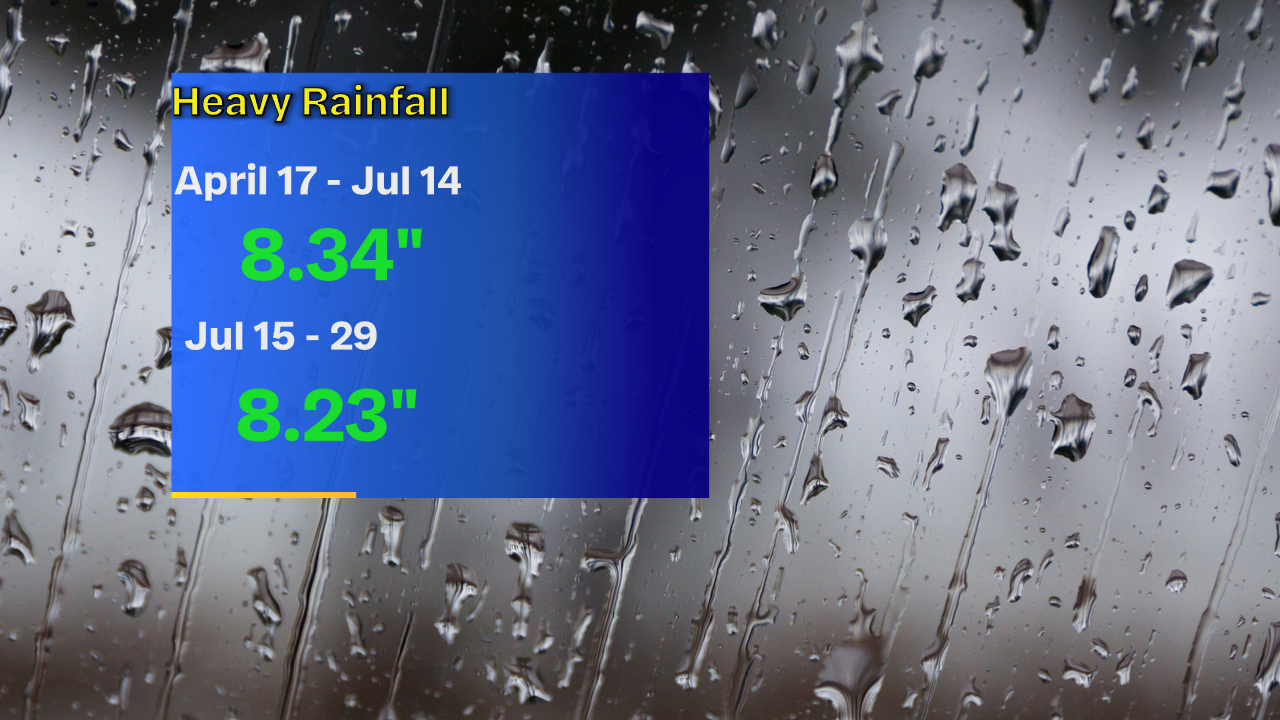 In fact, over the last 2 weeks locally, we’ve seen over 8″ of rain. That’s about the same amount of rain we’ve had in the previous 3 months combined! All this rain leaves the soil very saturated, and that’s where the flooding concerns come in. 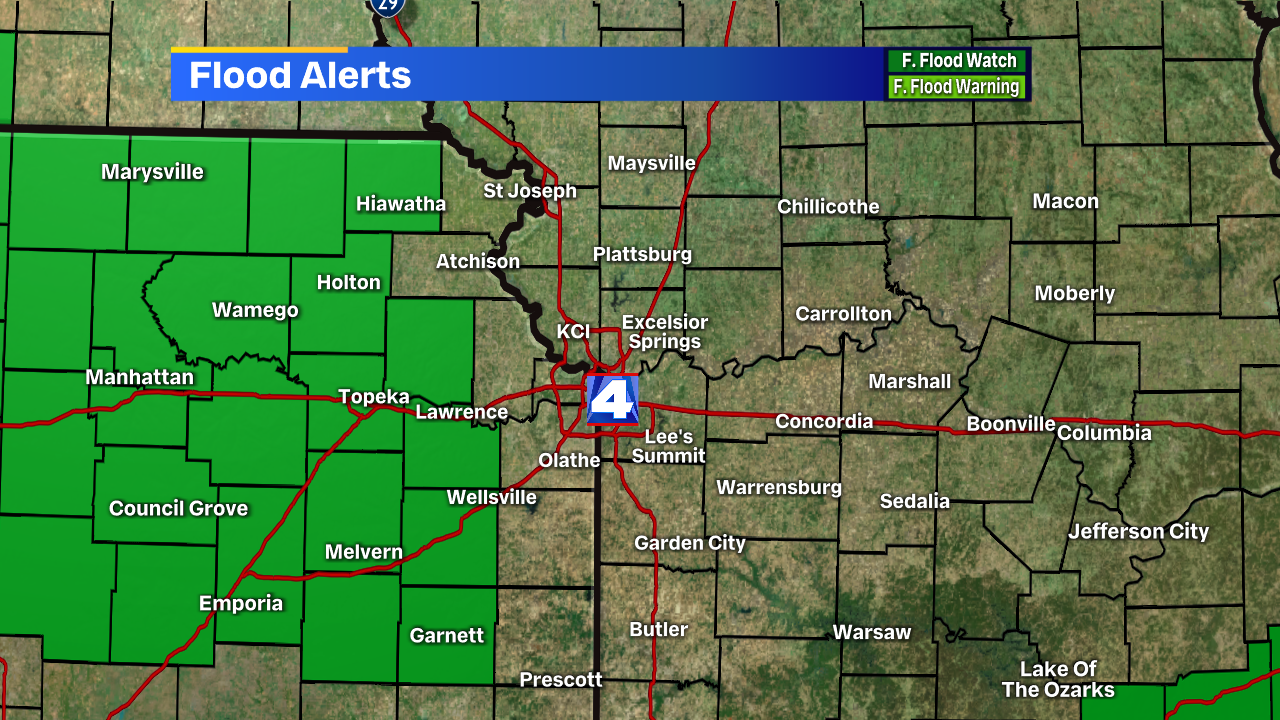 As far as watches go, the Flash Flood Watch is for the western half of the metro.  That’s where the focal point of the widespread heavy rain has been this morning. That doesn’t mean heavy rainfall won’t be an issue locally.  There will be isolated pockets of heavy rain, and that’s what we’re concerned about tonight. 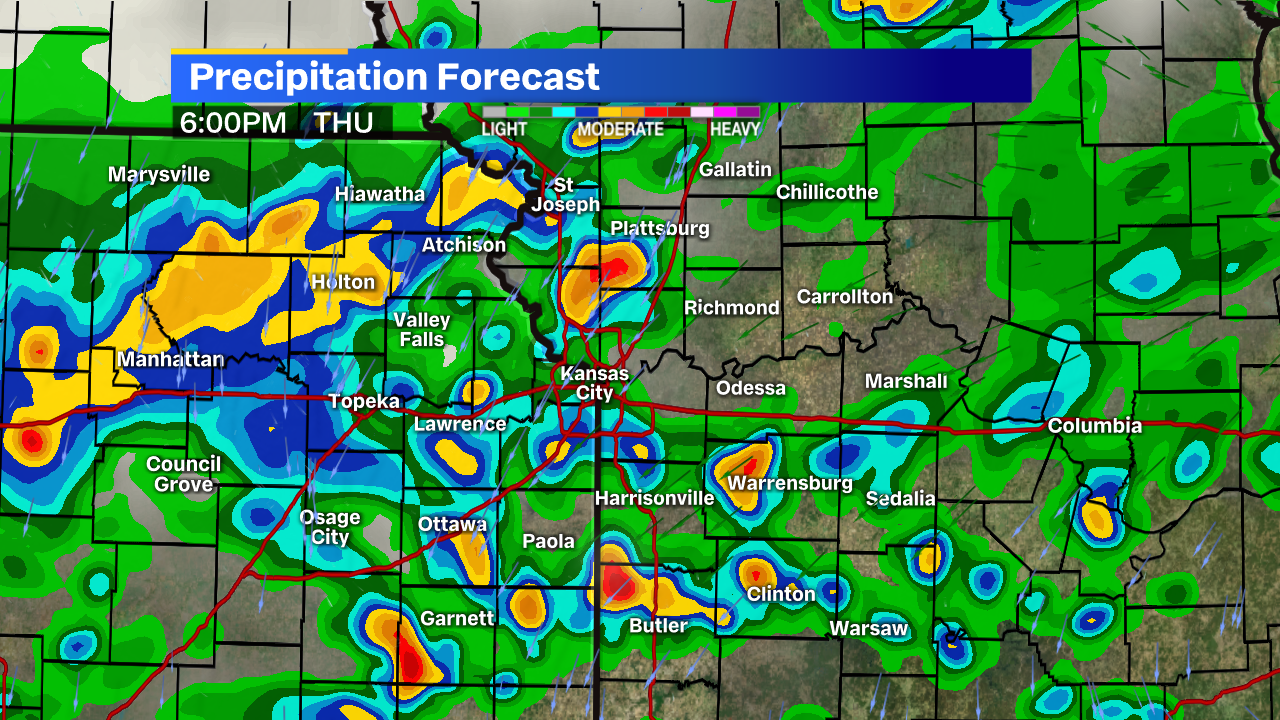 Expect a more widespread area of heavy rain to fill in east with embedded thunderstorms the rest of the afternoon and evening.  These areas will be the most prone to flash flooding with 1-2″ per hour rainfall rates and virtually no movement of these storms. 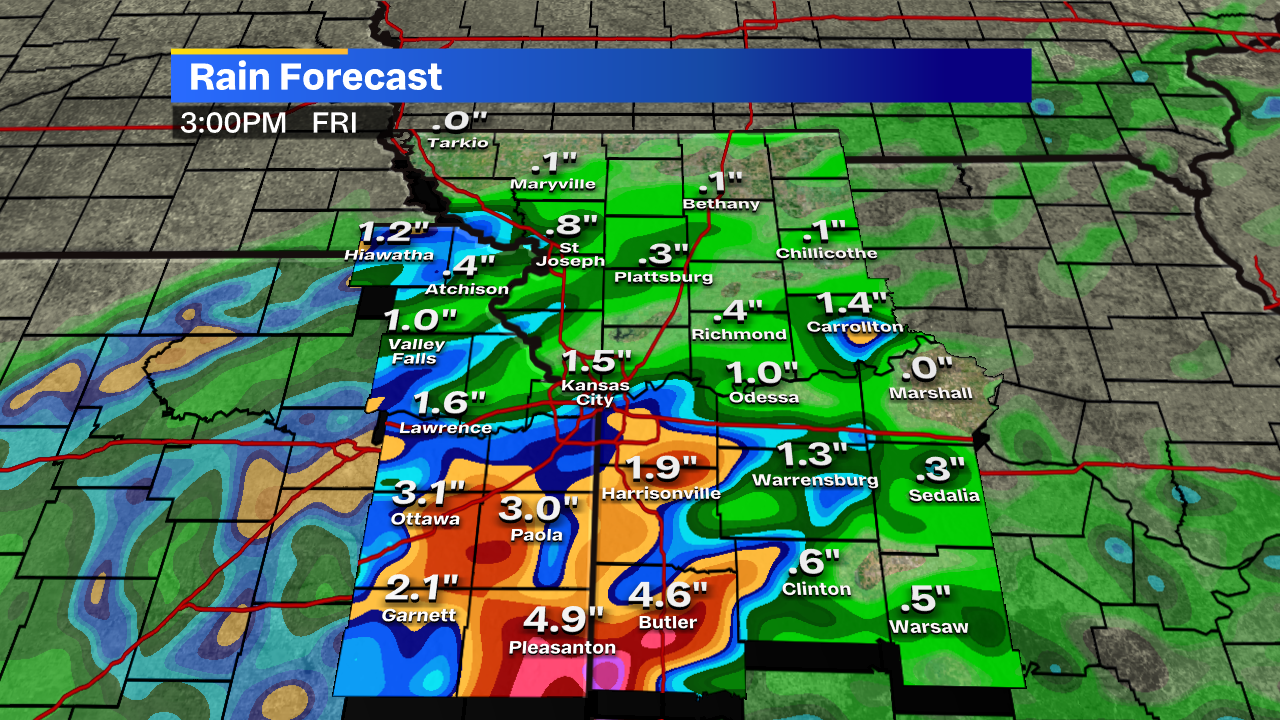 While not everyone will get the extremely high totals in this map above, it shows what’s possible over the next several hours.  Totals may range from just 1/2″ in some cases to well over 4″ in others.  Remain Weather Aware and prepare for localized flooding and street flooding to occur.

We're off to a warm and muggy start today with highs soaring into the upper 80s. Factoring in the humidity, it will feel like the low and middle 90s. The summertime sizzle gets swept out with a cold front tonight. Rain & thunderstorms will be possible. We're tracking the timeline for you in the updated forecast here!