It was bound to happen after we’ve had one of the warmest months of November on record: colder air and a burst of winter returns. 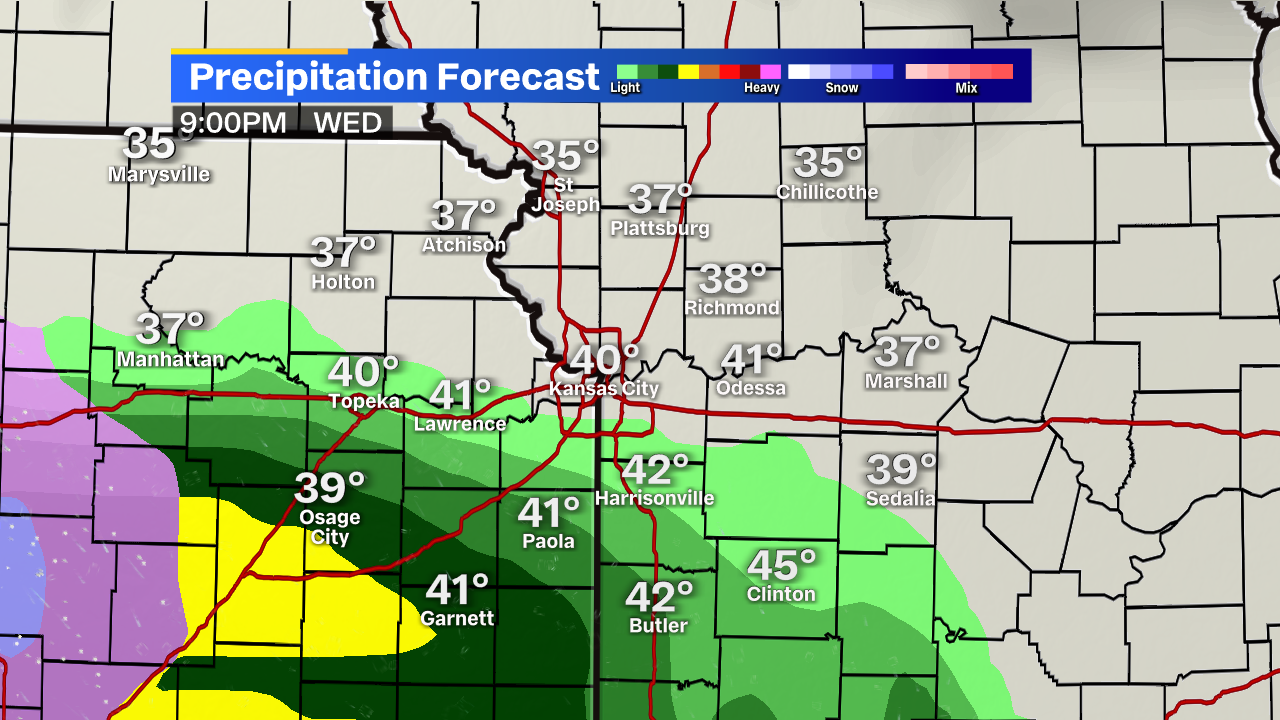 No, this is NOT something you need to pull out a shovel for or anything like that. But this will absolutely be a nuisance the middle of the week. Temperatures will remain above freezing late Wednesday as this system moves in from the southwest. We’ll start out with light rain late Wednesday before we have any issues. 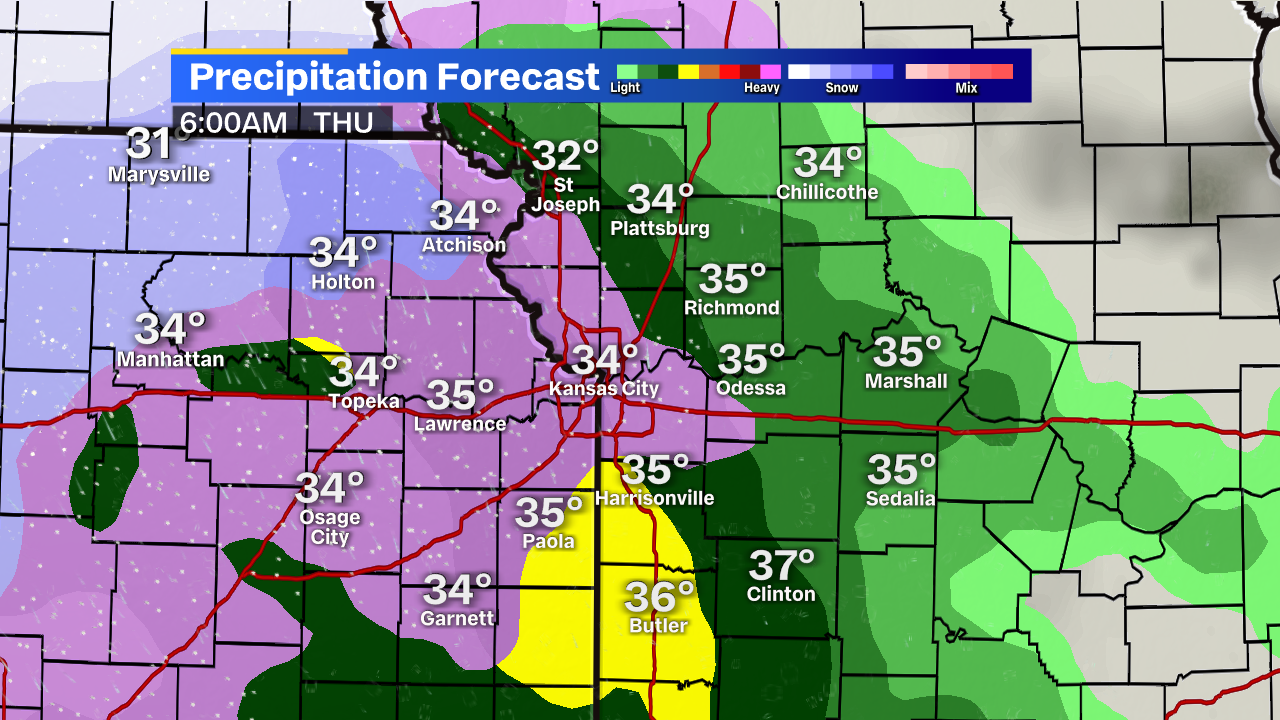 As you would expect, temperatures will fall overnight.  How far they fall is this question at this point. I think they’ll be close to the freezing mark briefly, if not just below.  This could cause the most issues early Thursday morning with a few slick spots developing during the commute. 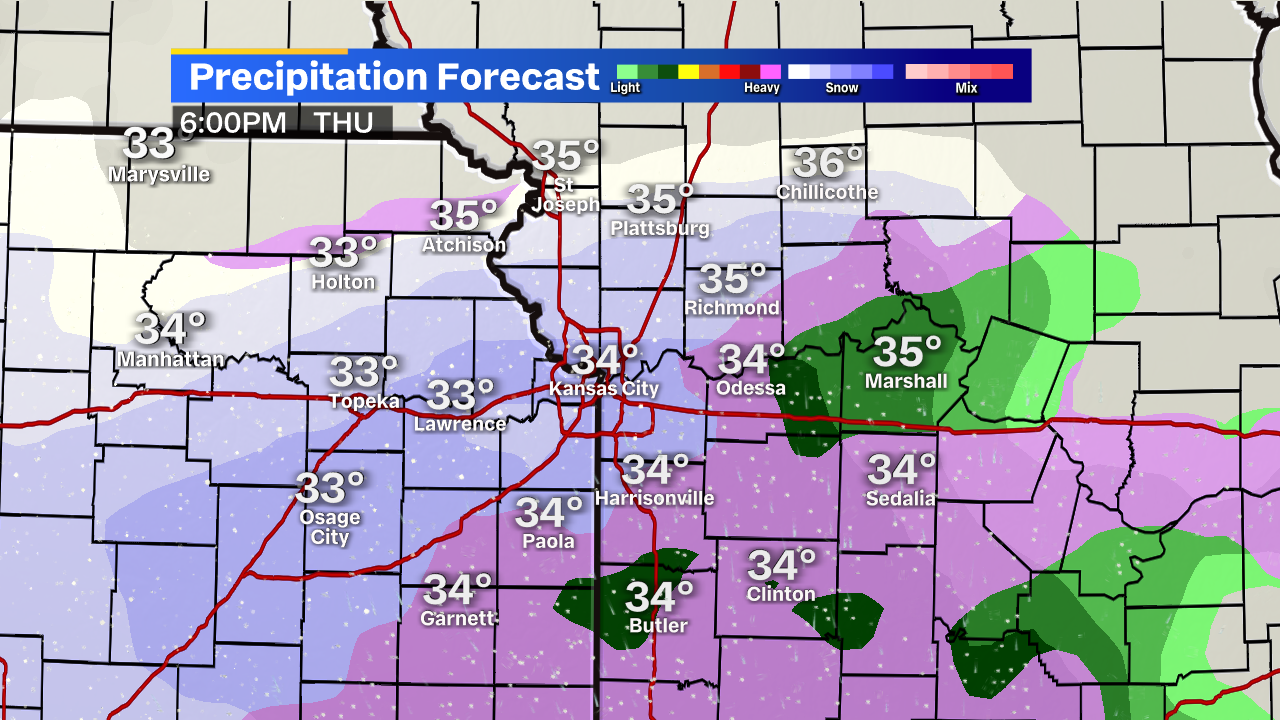 Temperatures should hover above freezing most of the day, which will allow us to continue with the rain/snow mix.  I think there’s a possibility we may see a few hours of colder air on the tail end of Thursday and that could make the evening commute a bit slow as well. 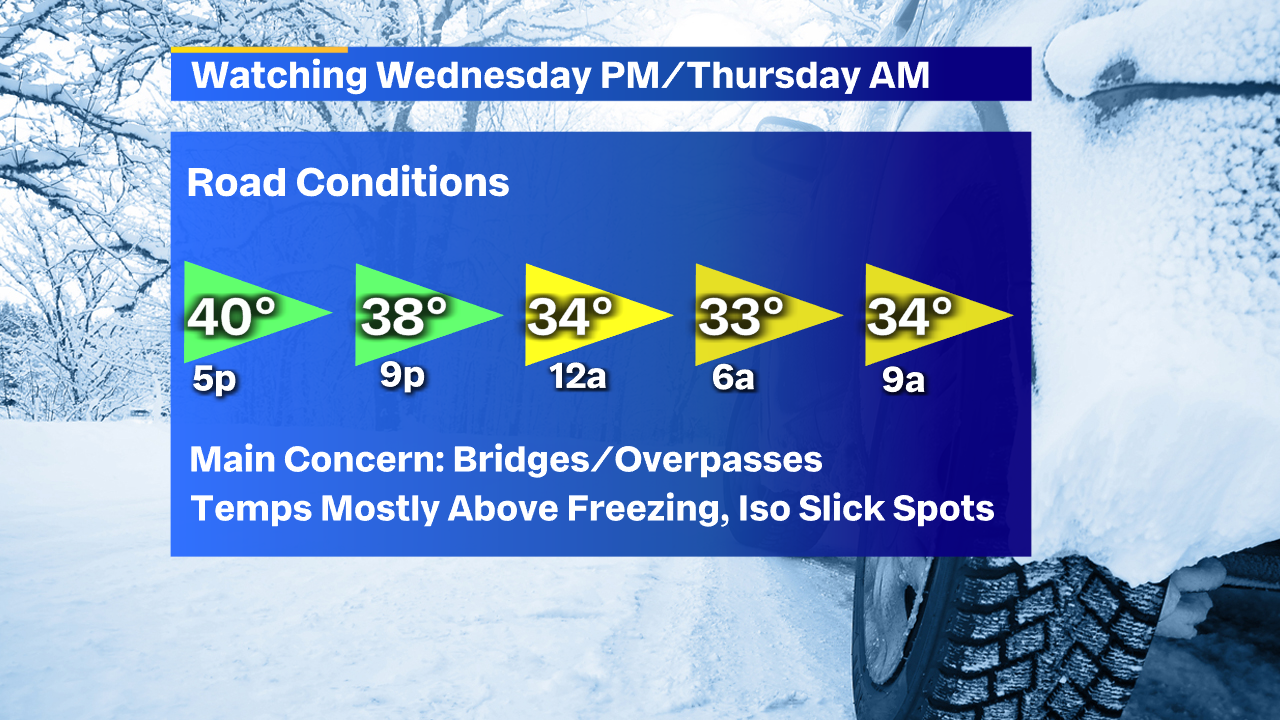 Wednesday’s commute should be no problem, but we’re going to have to monitor Thursday. As usual this time of year, bridges and overpasses will be the first thing to get colder. In general, most of our air temperatures will be above freezing. Isolated slick spots will develop, but most accumulation of anything would be in the grass. 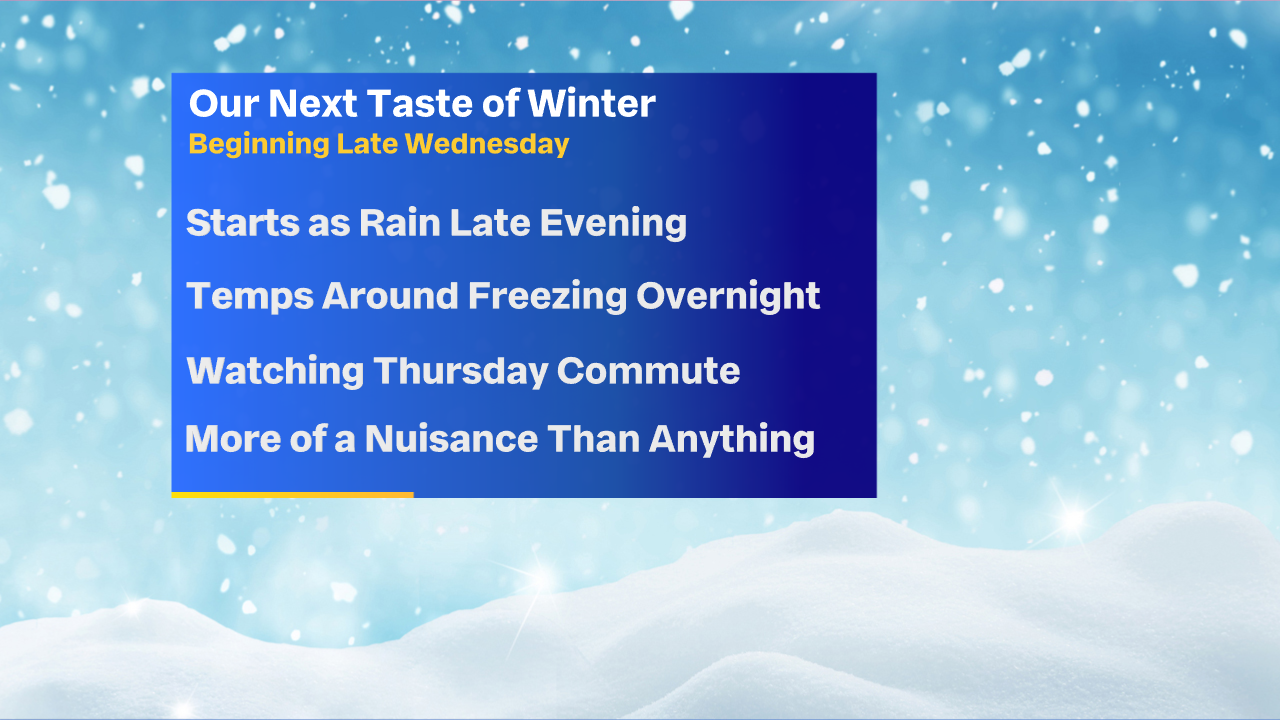 This is more of a nuisance than anything. I don’t expect much of any accumulation with this system at this moment, but we’ll let you know if anything changes. Right now it looks to slow you down on Thursday and remind us that it’s December at the very least.

Allow yourself extra travel time today! We've got light snow showers are moving in with a dusting expected. Roads are wet. With temperatures are falling into the 20s, this will create slick spots on roads this morning. Watch out for those elevated and untreated surfaces! We will have another shot at some light snow overnight and into Wednesday morning. We are tracking that for you in the update here!

We're Weather Aware Monday into early Tuesday as a major winter storm impacts the plains. While the immediate metro isn't under any advisory or warning at the moment, I don't think that's reason to ignore Monday. Very heavy snow is expected Monday for areas north and west. Don't be fooled, just because we're not under some advisory or warning right now, doesn't mean we won't be impacted. Just a matter…