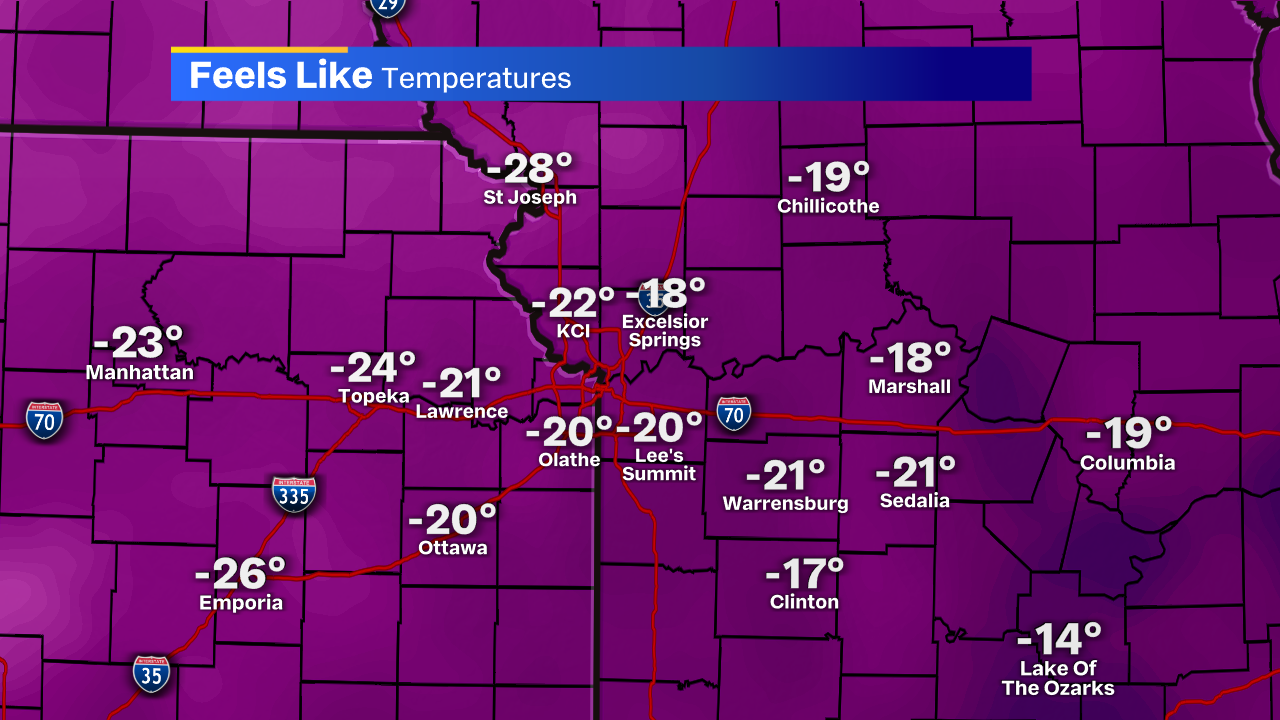 Things are tough outside. It’s next level cold outside. On Sunday, Feb. 14, wind chills were close to -30 and Kansas City broke a record cold with -5 degrees. 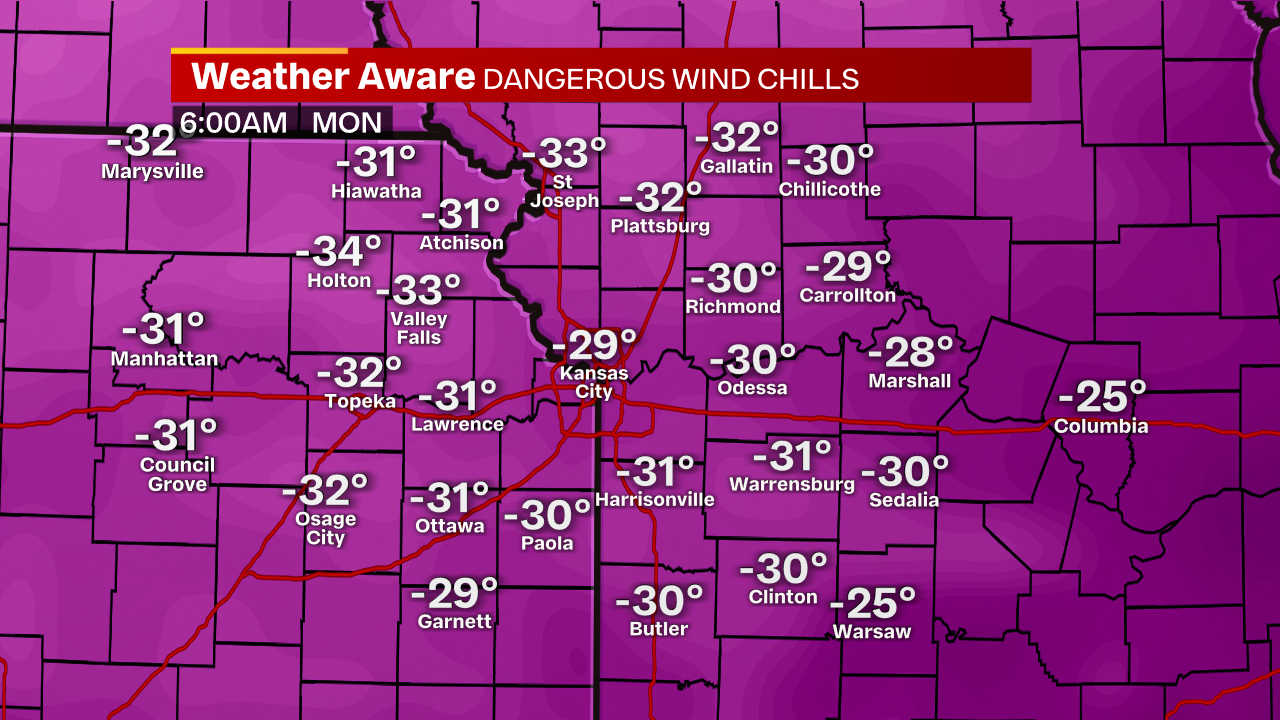 It likely gets marginally worse on Monday. The next 48 hours are going to test our patience, and we really need to check on those who have limited heat and can’t reliably get indoors. It will be seriously brutal and life threatening outside. 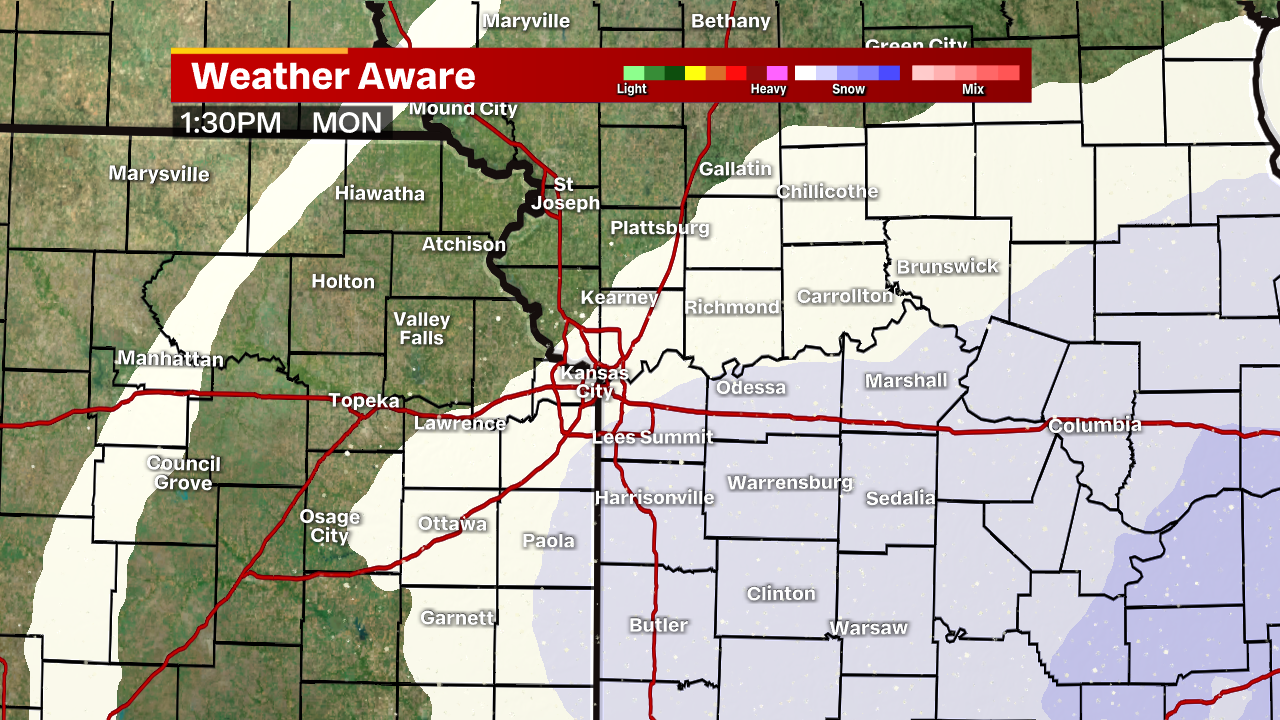 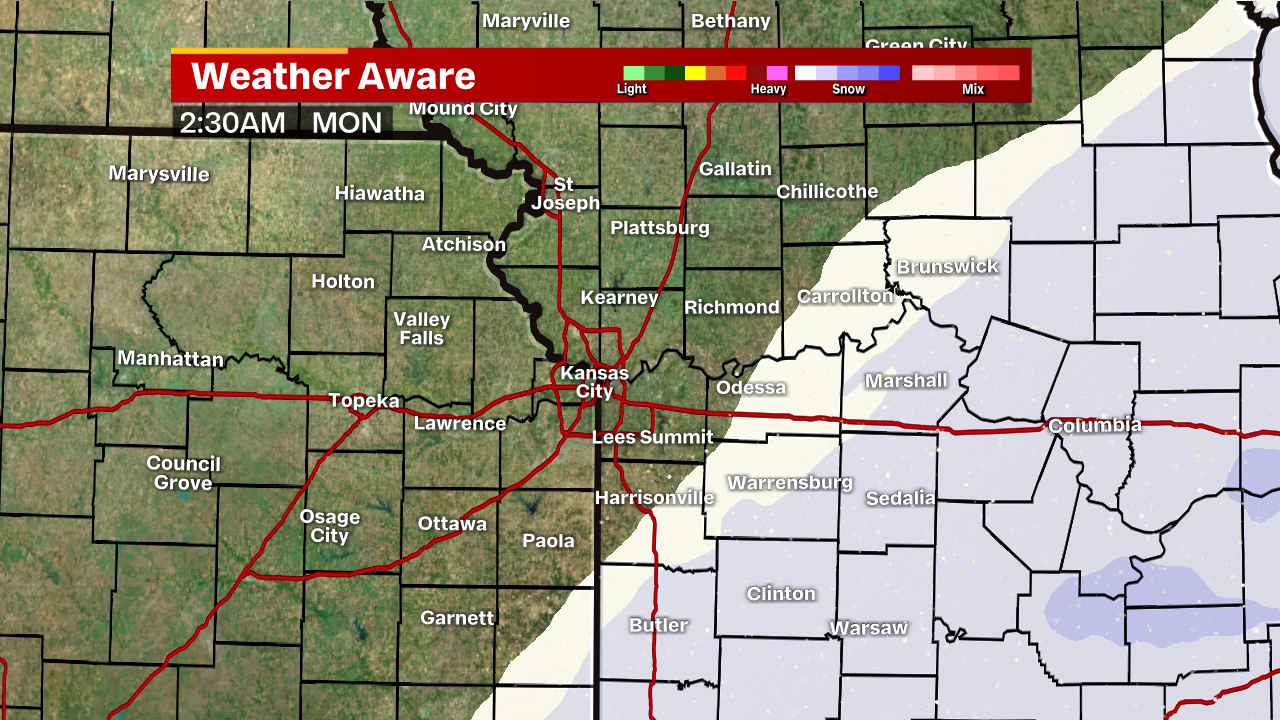 We’re going to get a couple different bursts of snow overnight and during the day Monday. The main focus will be south and east of the metro, especially the first one. The second burst should impact us late morning and around lunch Monday. I think we could pick up an inch pretty quickly in many locations. This is probably the most difficult driving time we’ll see on Monday. 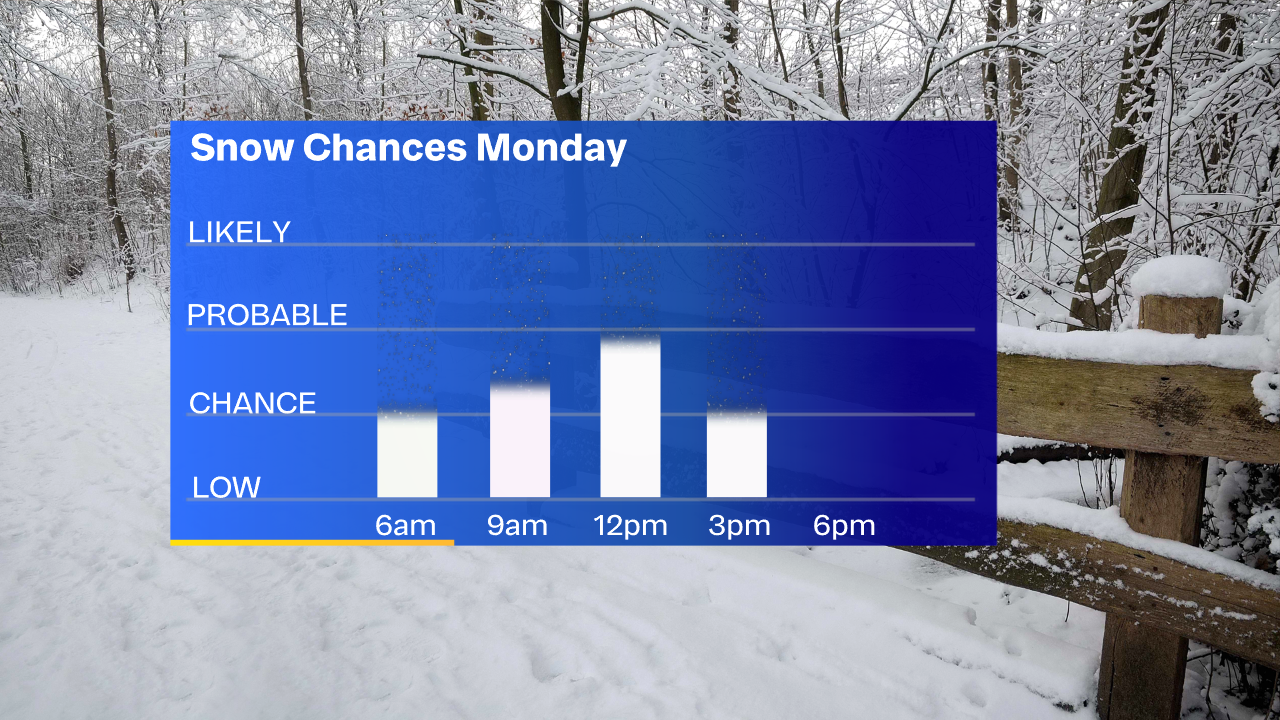 Snow should wind down for most of us later in the afternoon as we clear out slowly and set the stage for the coldest night in a very long time. 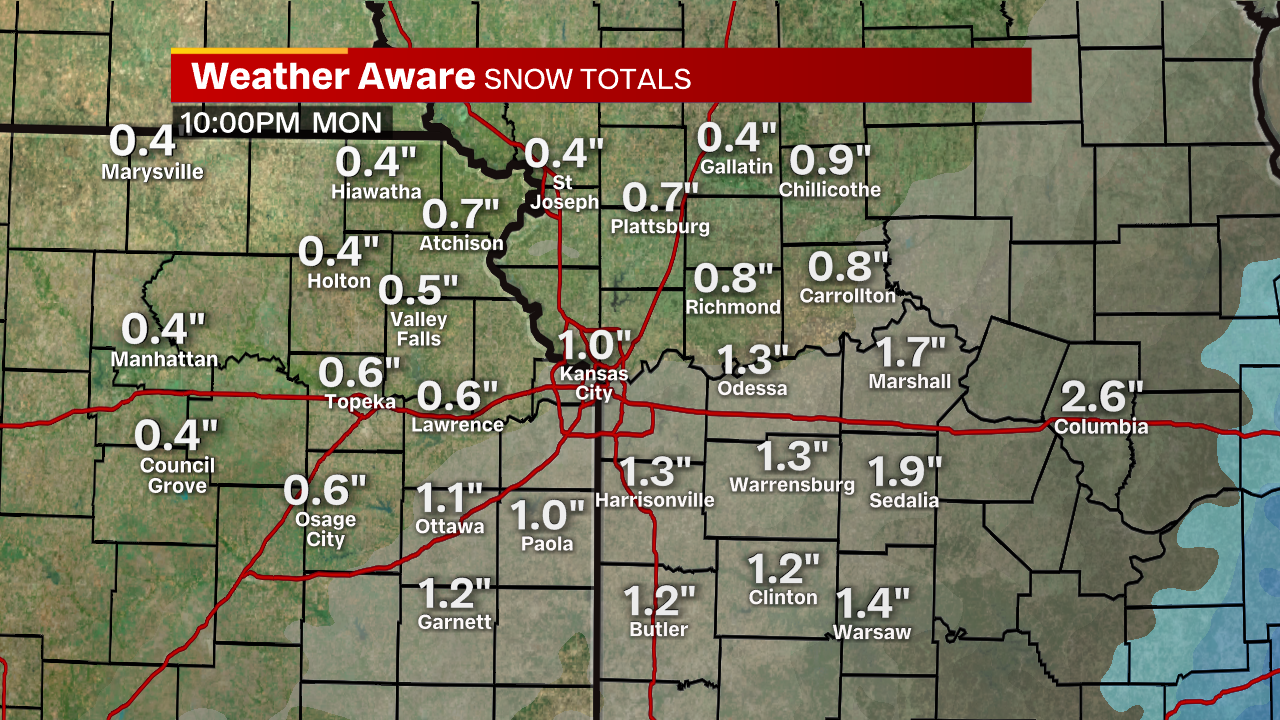 We miss out on the major snow again, but areas around Butler, Clinton, and Sedalia may see a few totals between 2-3″ locally. Expect bitter cold for one more day and then a rebound by mid week.

Frosty start for those in Northern Missouri this morning! While temperatures are warmer in the metro and points south, you will still want a jacket before heading out the door. A day similar to yesterday with mostly sunny skies and highs in the upper 50s and lower 60s expected. Then we track rain for Friday. The latest timeline in the update here!