Good Sunday morning!  A lot of you woke up to the sounds of the windows rattling with lots of thunder and heavy rain.  I want you to take a look at this full radar loop from last night.  It’s fairly unique in the sense that it changed its motion more quickly than one would expect.  Initially, this was a system you could see in in the distance with flashes of lightning.  Notice how even at 11 PM, it didn’t look like it would make it to the metro! By the time it dove closer by 1 AM, its motion stopped as it was influenced by other boundaries and the system in central KS.  Very interesting and very unpredictable at the same time. 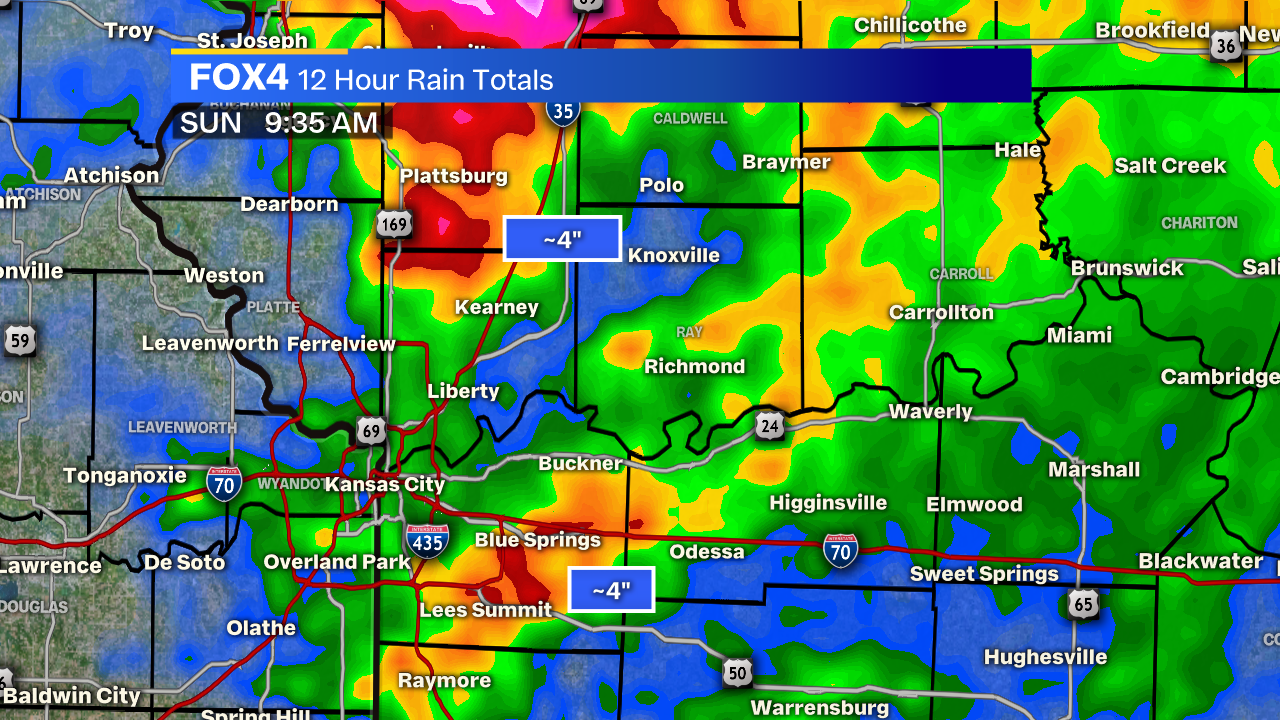 As a result, some of you got some very heavy rain as well.  Locations near Blue Springs and Plattsburg got somewhere around 4″ of rain. 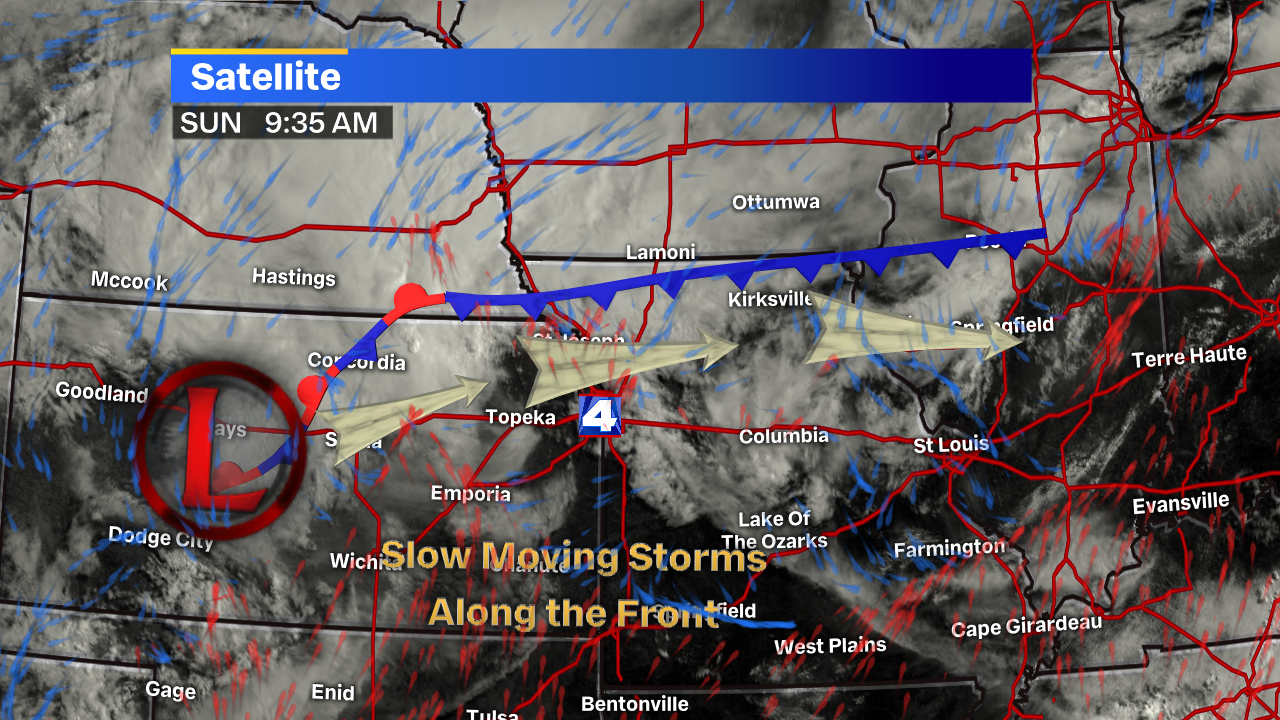 Normally after a rain like that, we’d be pretty much done with the rain the rest of the day.  That’s not the case until this frontal system and disturbance completely moves through later today.  This is our visible satellite imagery as well, and this shows quite a bit of clearing to the SW.  This will help determine how unstable our atmosphere can become the rest of the day as it interacts with this boundary to our west. 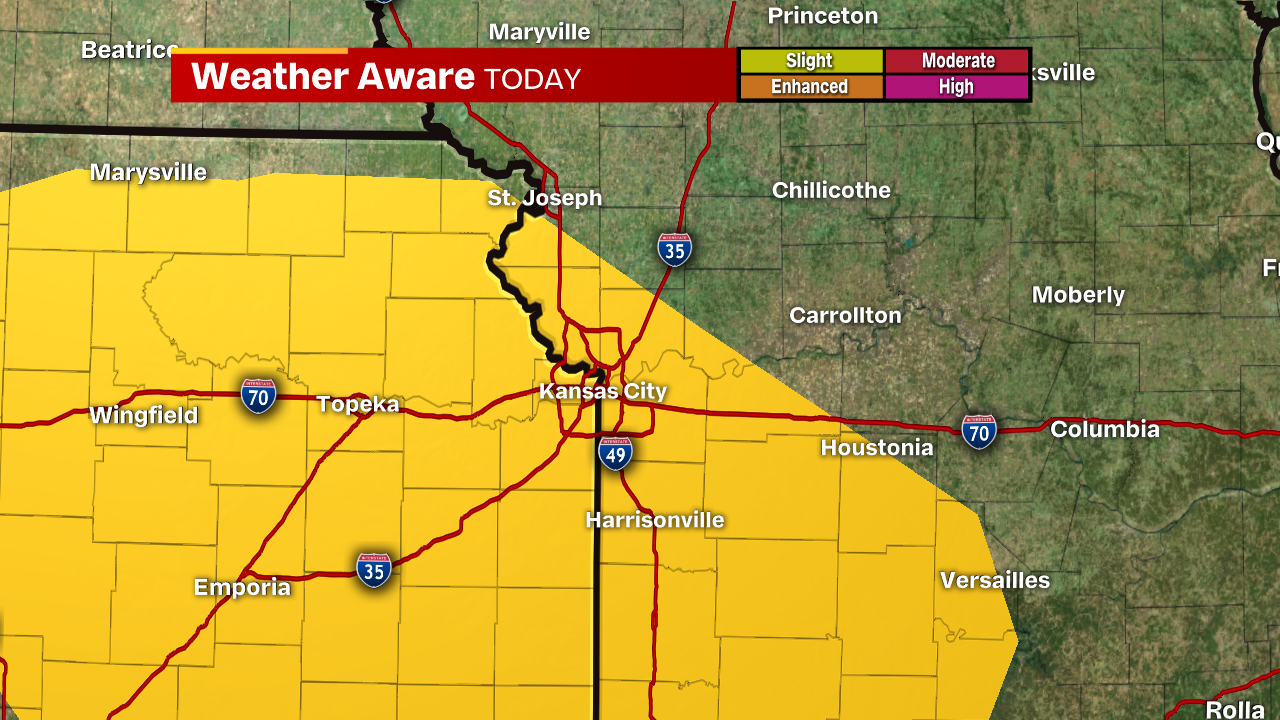 While there’s still quite a bit of uncertainty, we’re under a Slight Risk for severe weather later this afternoon because of the added instability and expected warming later today. 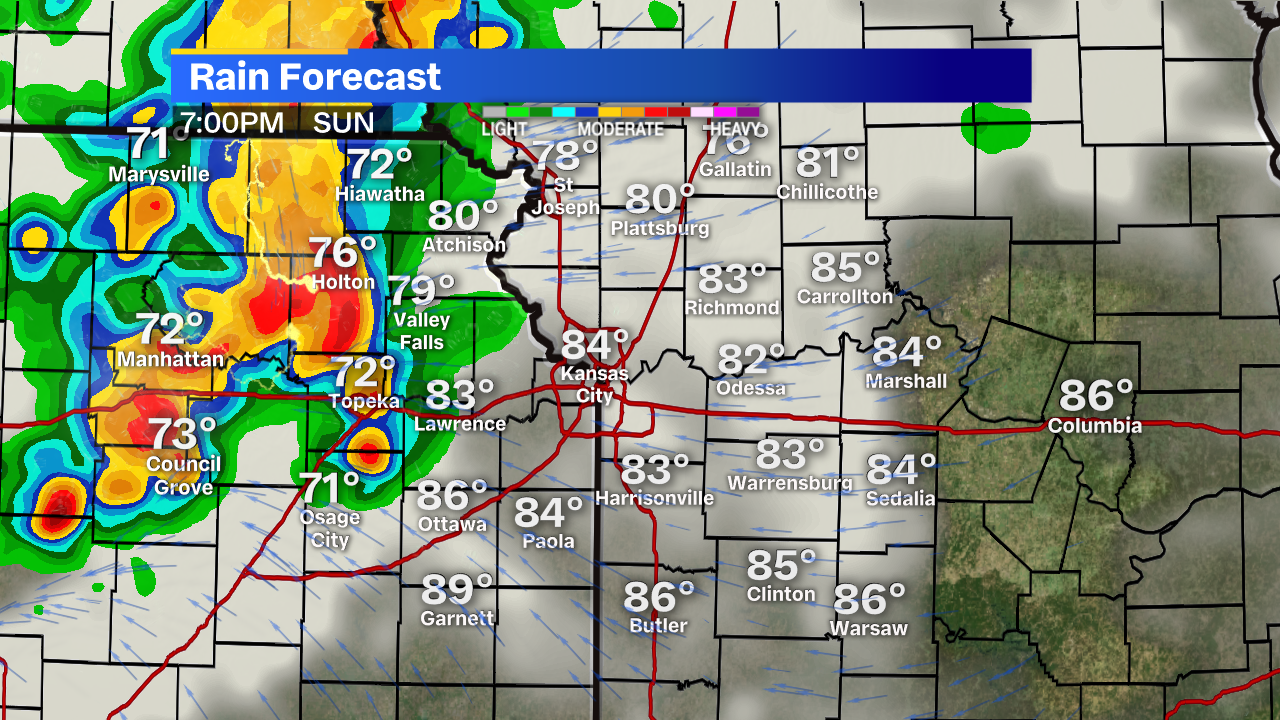 I think we’ll see a bit more defined line of storms develop ahead of the front later this afternoon.  Where this line set up exactly?  That will be determined by the amount of sunshine we receive and how that reacts with a lot of the existing outflow boundaries we have after this morning’s rain. 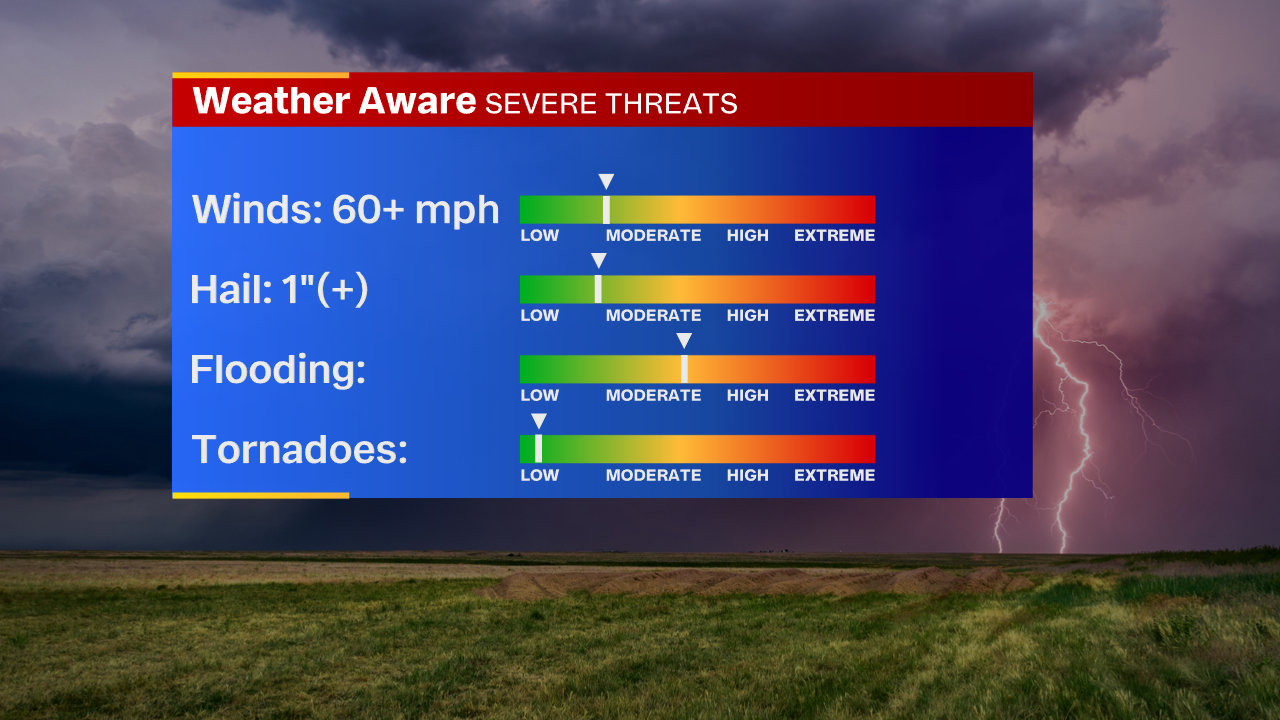 IF severe weather develops, and that’s a big IF still because I don’t think it’s a slam dunk for a lot of us, we’re looking at some gusty wind and hail as the main “severe” threats.  Flooding is probably a concern for everyone, regardless of the severe threats we’re under later on.  Even though it’s been so dry, the 2-4″ of rain and runoff will need a bit more time to settle, so flash flooding will be possible in those highly saturated areas.  We’ll keep you posted of any watches and warnings and track the storms that develop the rest of the afternoon.

Some upper-level clouds are moving in from the west as decaying showers will dry to drop rain in our western counties. Some isolated to scattered showers are possible through the evening, with another round of storms coming tomorrow morning. Afterwards, the forecast drys out a bit until parts of the weekend. The latest on the timeline for the rain in the update here!

This year has been weird to say the least. And, this summer has followed in the same path as 2020. Typically, late July into the first week of August is supposed to be our hottest time of the calendar year. But, in 2020, just like in plenty of other ways, things haven't panned out the way they were supposed to.

So far this month, temperatures have been relatively cool, with no 90-degree highs out of KCI and 3 days of 70-degree weather from the 3rd through the 5th!