KANSAS CITY, Mo. -- Foggy and cloudy conditions have persisted the last few days after most of our snowfall on Friday. As a little bit of that snow melts now, we're poised to replace it with a bit more later in the day on Tuesday. 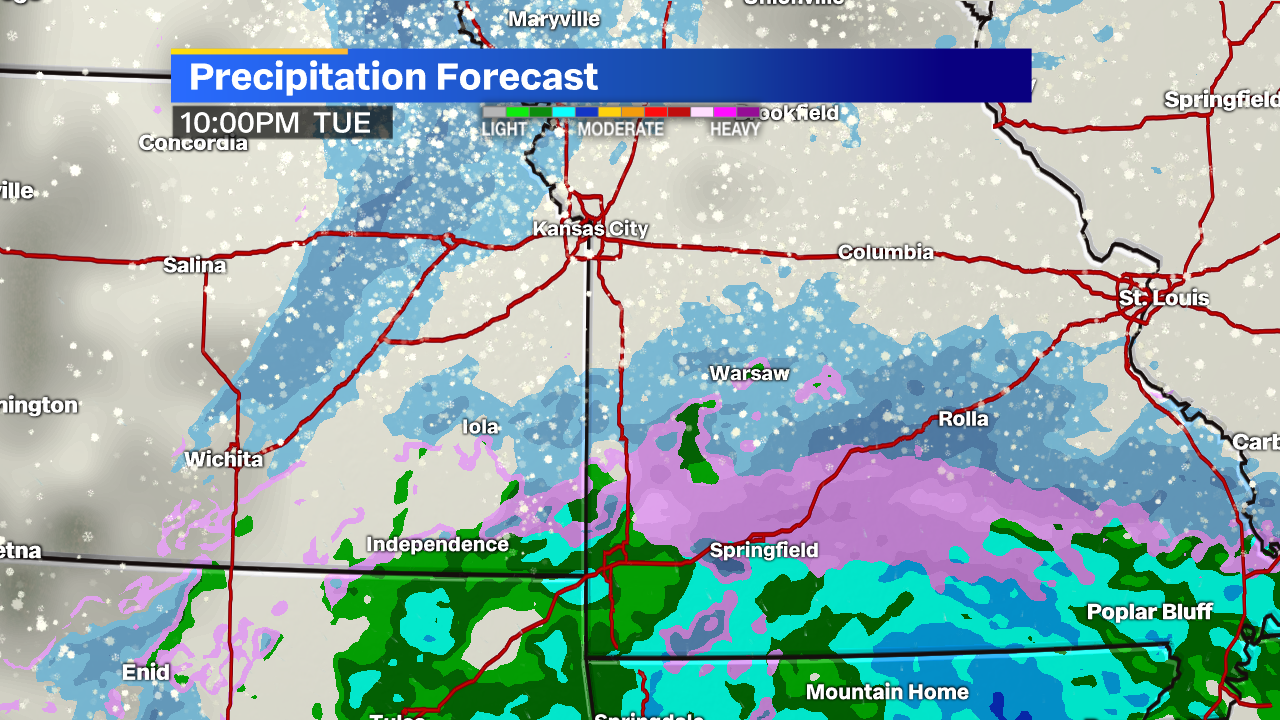 A majority of this winter storm will remain to our south, with areas around Dodge City expected to get the heaviest snowfall as this system pushes east. Most of us will remain on the north side of this system, but we'll still pick up a bit of snow. 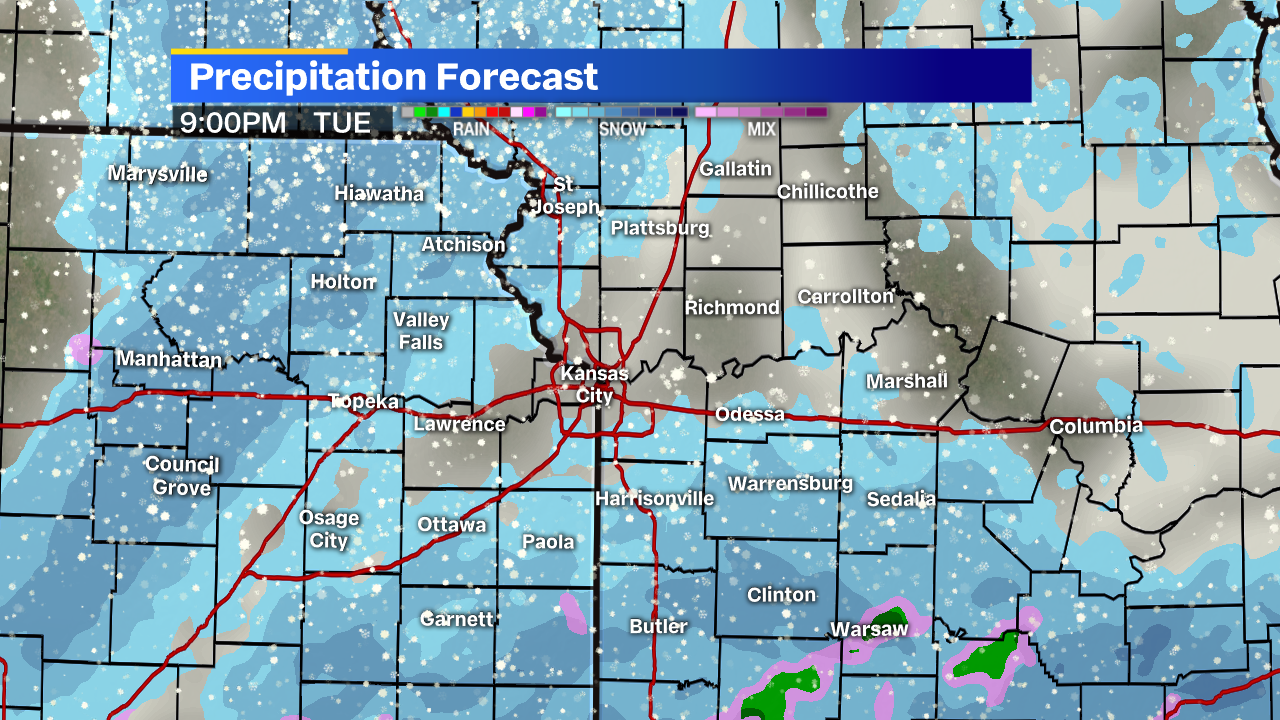 Light snow picks up after sunset on Tuesday. Initially, drier air will fight any accumulation. 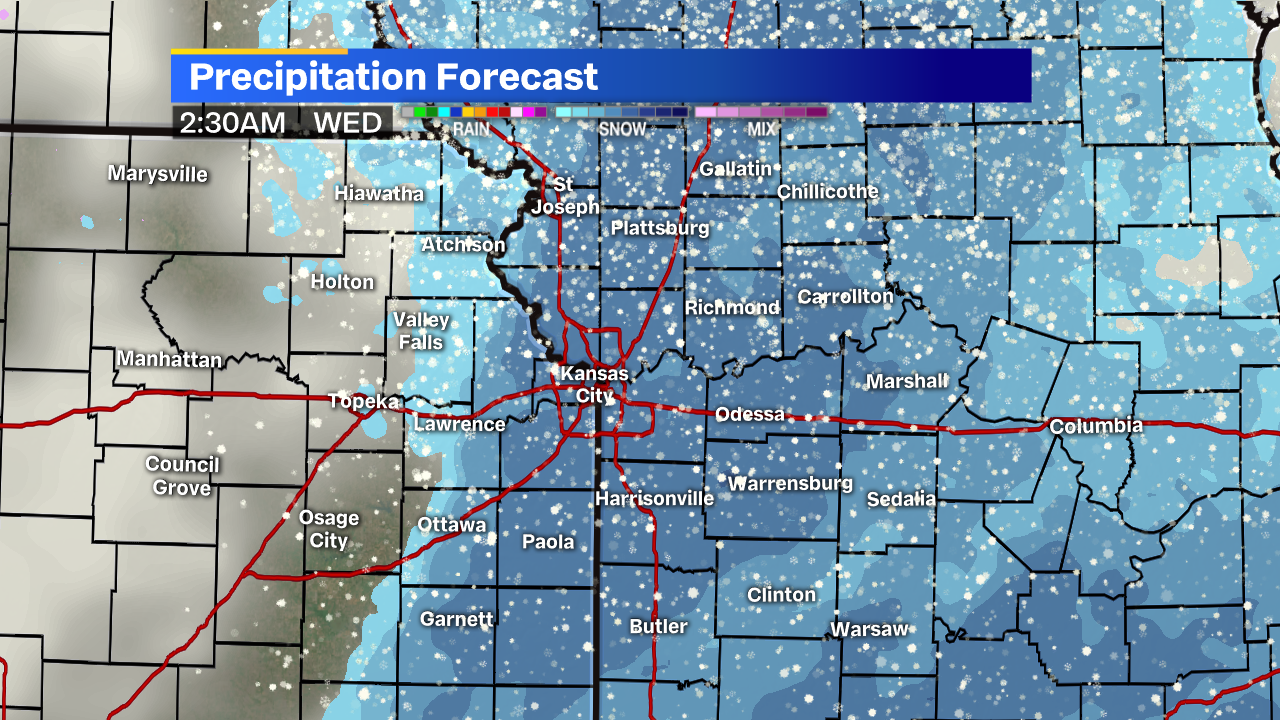 After midnight looks to be our best chance for accumulating snow with this very quick moving system. 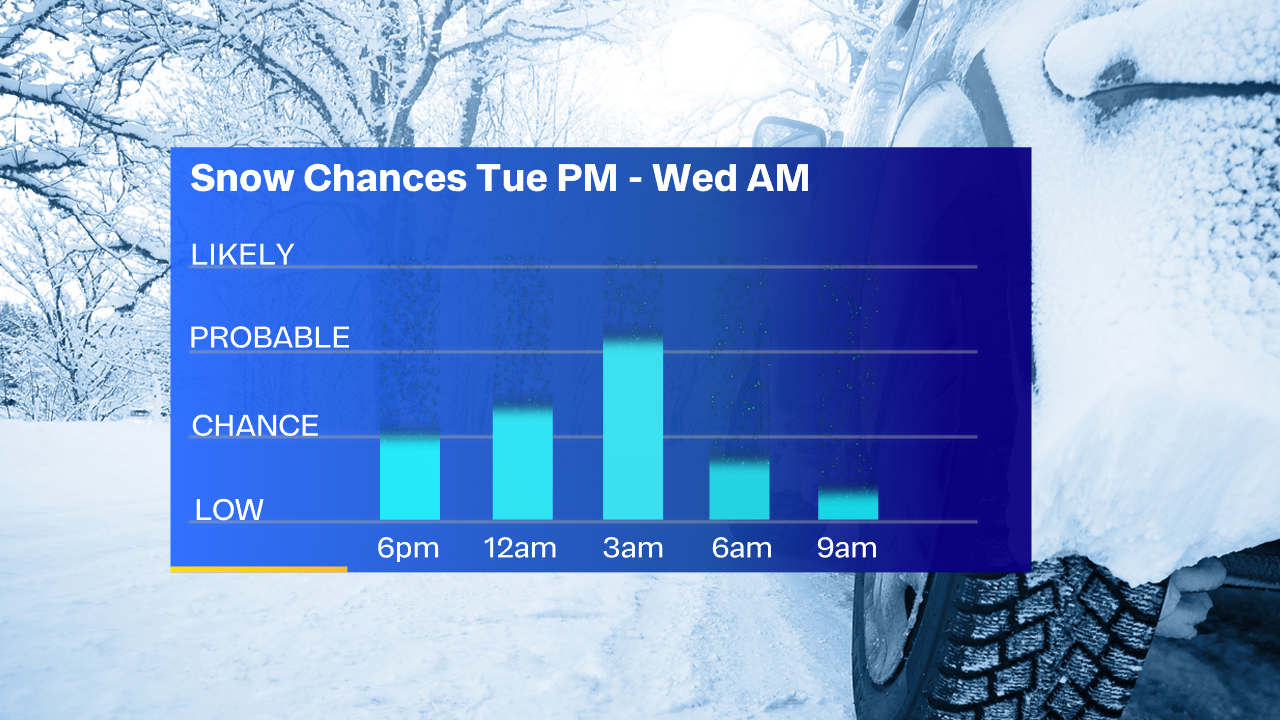 This will be a very quick moving system that shouldn't affect Tuesday rush hour in the evening at all.

Wednesday's commute could still be slick as a light coating of snow is possible on the roads, but I wouldn't foresee any cancellations at this point. 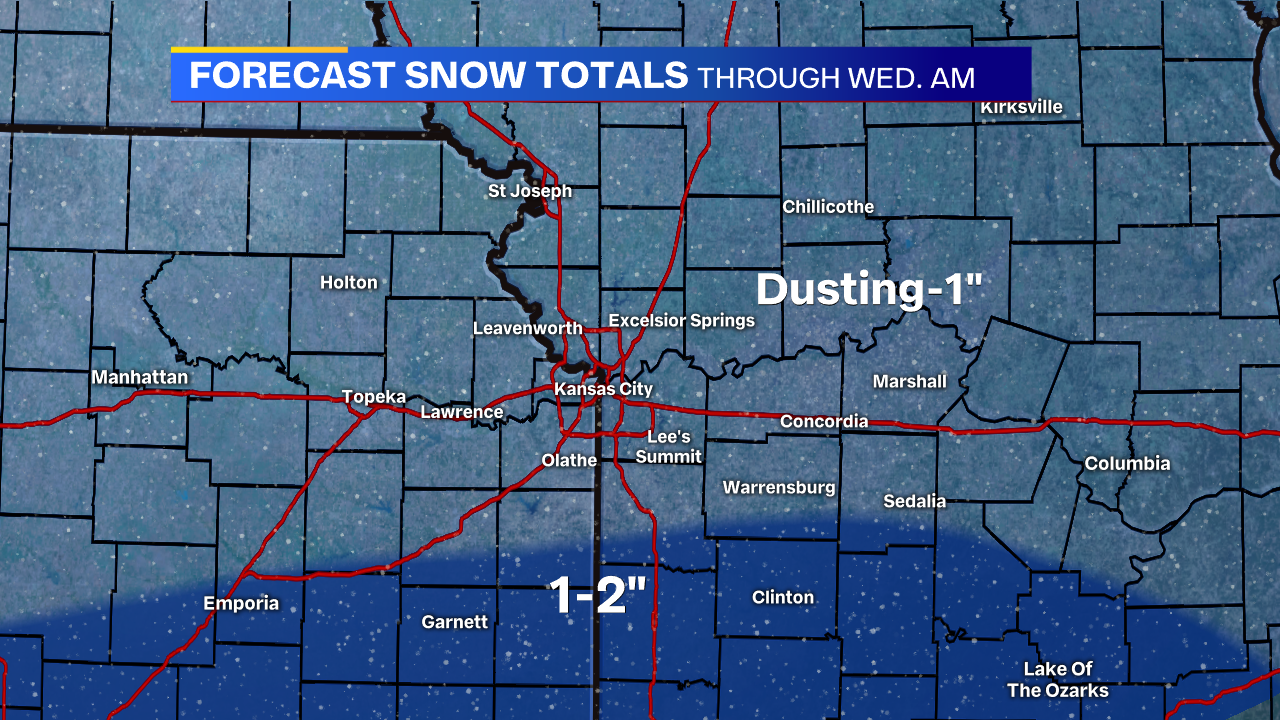 Most areas will see a dusting of snow, but a few areas around the metro could see up to an inch by Wednesday morning.

It's obviously not a lot, but it doesn't take much to disrupt the morning commute, especially if you're caught off guard. We'll keep you posted on any adjustments to the forecast as this system gets closer.

A good Saturday but a windy day on tap for the area. Sunday will be a bit dicier with a rain chance coming into the area later in the day and especially at night. Monday may see a brief winter mix before things wrap up and colder air comes into the area Joe's latest podcast: No polar vortexes? We’re about halfway through the winter season, and we’re seeing some strange…

How non-alcoholic cocktails are shaking up the bar scene worldwide

Entrance to Minneapolis museum covered with 2,400 life jackets that refugees once wore