The weather has been fascinating this week. In the end the snowfall forecast more or less worked out OK. Not perfect but widespread 2-4″ amounts when the forecast on Friday was 2-6″ with an emphasis on the lower side of the totals was good. KCI actually had one of the highest totals…3.6″ for the Metro at least and areas east of KC had close to 5″ or so…in Lafayette and Johnson Co MO.

Today…I’m watching a small but soon to be potent little disturbance come this way. It may generate some snow later this afternoon…and there may be a coating in spots…especially on the north side of the Metro into northern MO. It’s possible there are some raindrops mixed in if the precip is light enough..but if a bit heavier it will changeover to flakes. It will be in and out in a few hours it appears.

The week overall will be somewhat uneventful…although towards the end of the week a wet system is likely in the Plains meaning rain chances increase heading into Friday.

Today: Mainly cloudy with a chance of some sort of wintry mix or snow later today. Highs near 35°

Tonight: Clearing out and colder with lows in the teens

Tomorrow: Not too bad with highs in the 40s. There may be a few showers Monday night

Tuesday: About the same…40s for highs

I wasn’t going to blog today…but I realized something yesterday about what has happened over the past few days…and it may never have happened in KC weather history before (dating back to the 1880s at least).

Records 1 and 2 have probably been done before…on back to back days.

That combination though of a record high one day…precipitation record the next day and finally daily snowfall record for the day…on 3 straight days…that to me might be unprecedented in KC weather history.

I have no real desire to go through all that data…but it seems to me like this set of 3 particular records hasn’t happened before on back to back to back days.

To tidy up the snow situation…

2-4″ for the Metro…a few higher totals east of KC. 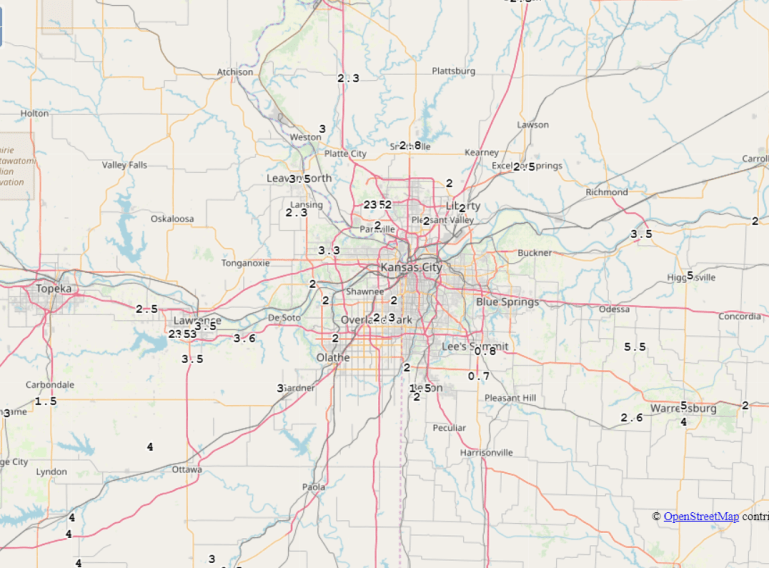 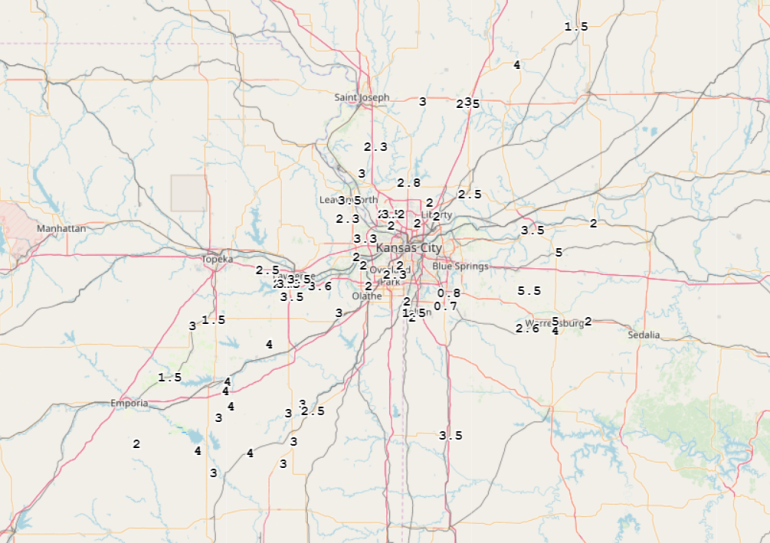 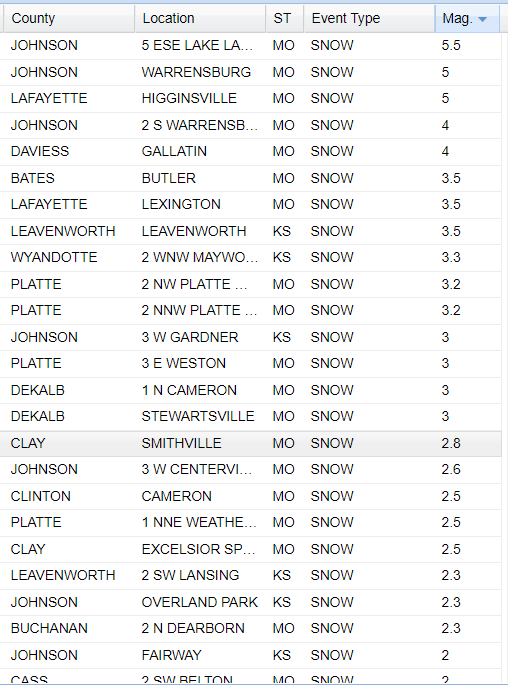 I saw a few folks saying we blew it…not so sure I totally agree with that opinion at this point.

So now it’s time to say goodbye to that system.

Aside from the chances later this afternoon…and barring and dramatic changes for the Friday system…we may sort of go back into another mostly snow free period of time for the next 7-10 days or so. Here is a look at the EURO ensembles…each run…some 50 of them. Going out to about January 25th or so… 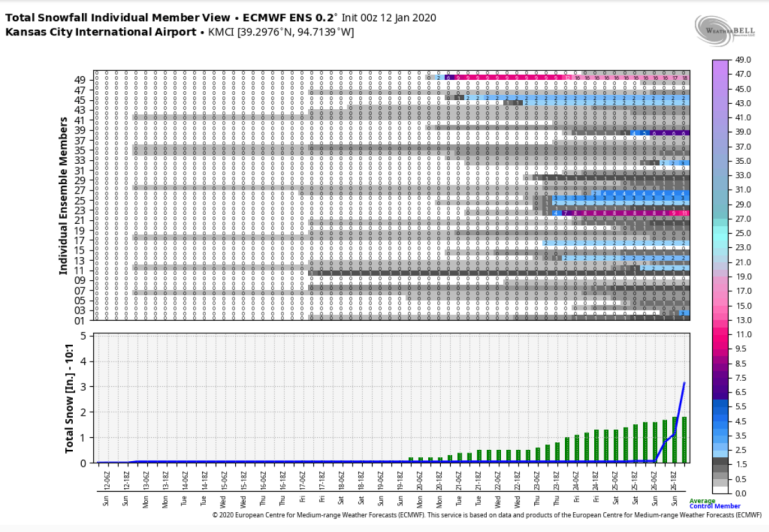 This will likely come in several waves but here is a look at the 5 day average. Take a look at the forecast anomalies up at around 5,000 feet os so for the night of the 21st > 26th. Reds over blues…cold for many in the USA east of the Rockies. 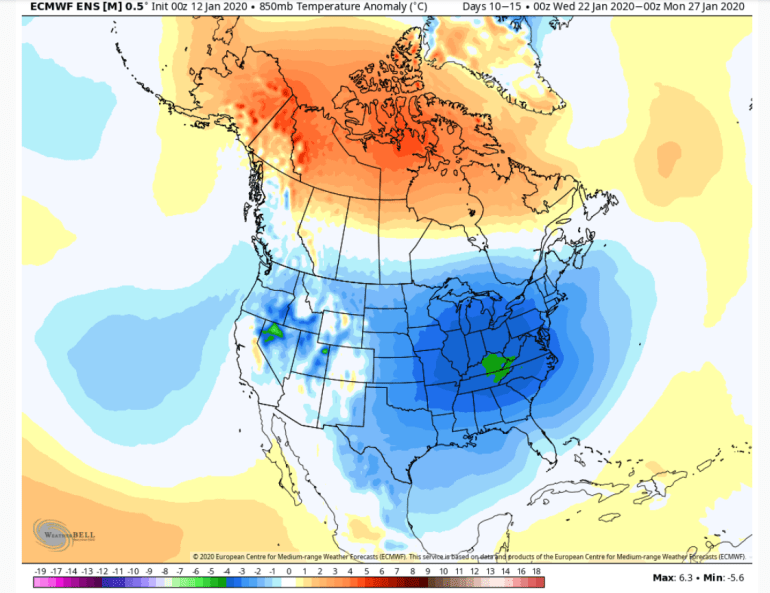 Also the data compared to the last run has trended a bit colder too…so that may be how we finish the month of January.

What will cause this…a reversal in the upper air pattern. .Alaska is going to start to moderate and get warmer. When that happens the colder air will start to pour southwards into Canada and into the US…especially from the Rockies eastwards. 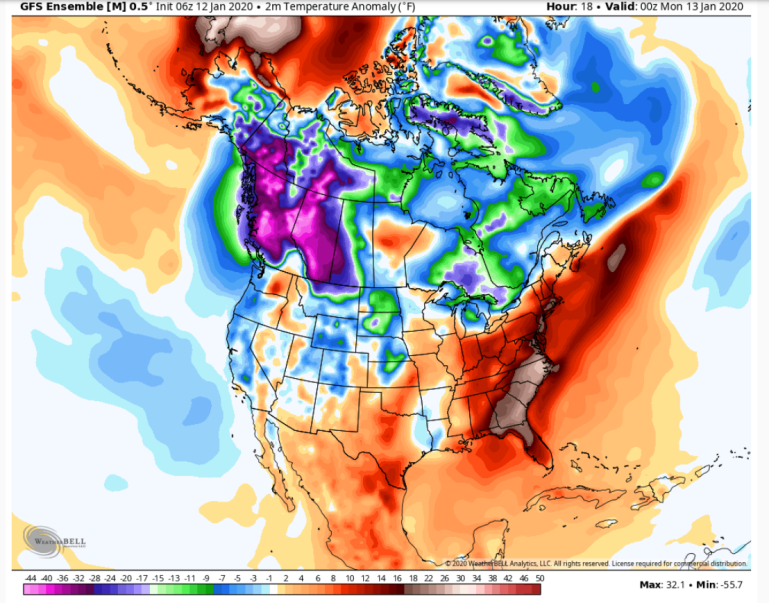 See all the chilly weather compared to average in western Canada and AK?

Now look towards the end of the month… 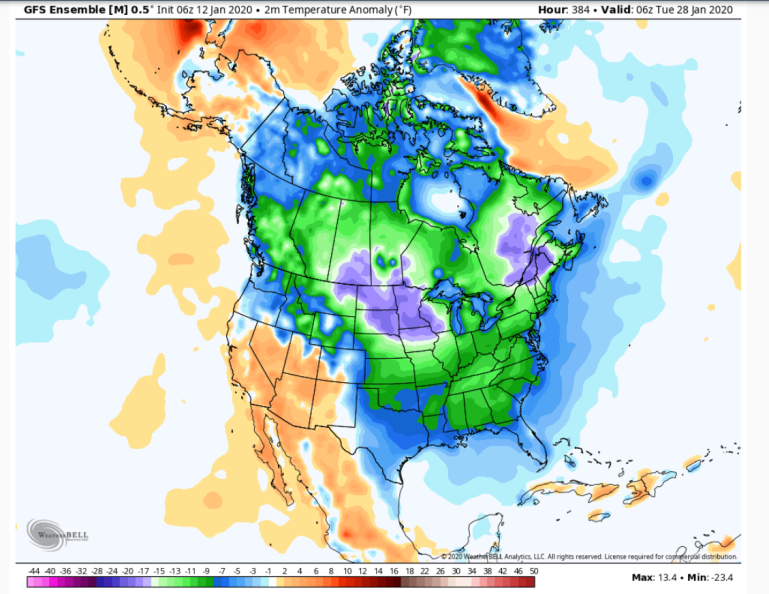 That will be some cold air…note how AK is back to average…and probably will be above average again.

We’ll see about the snow situation towards late month because that would certainly make it colder. 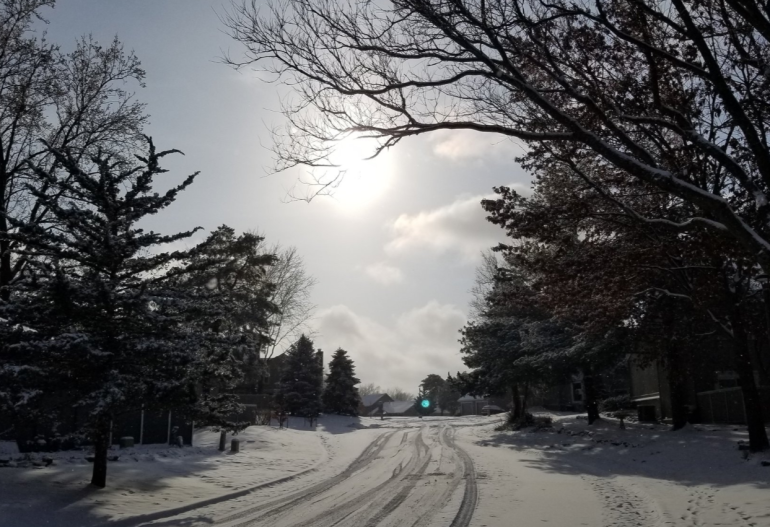 No blogs for a couple of days…time to take a blog break.