The 2nd of two cold shots of air are coming towards the KC region as I type this and will be arriving before lunch. Temperatures overnight actually rose again fro a low of 12° to 19° at daybreak and we may go up another 5°+ before the winds shift towards the NW. This time the winds won’t be as crazy as yesterday though. This is the last shot of cold air till the middle of next week though and this one won’t last for more than 36 hours or so before it too moves away from the region.

Today: Variable clouds with a few flurries out there. Temperatures dropping from the mid 20s (perhaps upper 20s south of KC) to the teens in the afternoon. Wind chill factors dropping to sub-zero levels later today.

Wednesday: There continues to be a risk of snow with variable clouds. The bands won’t be very wide and the very cold/dry air will try and dry out the snow as it falls but I’m concerned that some may see a dusting to 2″ of light powdery snow that could impact the roads. Temperatures in the 5-10° range

Thursday: After briefly falling Wednesday night…temperatures will start the day closer to 10° and highs should be closer to 30°.

At 8AM the blue line represents the leading edge of the colder weather. 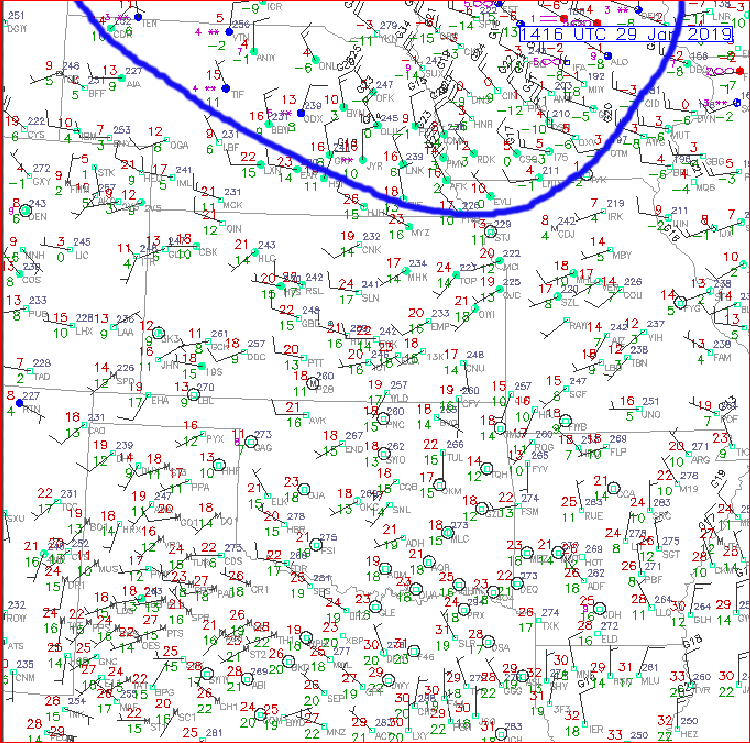 In the above and below maps the temperatures are in RED.

Both the maps above were from 8AM this morning. 15-25 below will catch your attention.

I know we’ve talked about this cold a lot…let’s get some perspective though…yes it’s going to be bitterly cold…yes we’re going to challenge an artificially high record low for tomorrow of -7° and yes wind chills will be 15-25 below tomorrow morning. Stepping back though…it’s certainly been a lot colder and not that long ago. We’ve already been as low as -1° this year and last January we tanked to -11° so again it’s a big deal but it’s fast hitting cold and it’s not going to lock in which is good news. Take your precautions…be sensible and for most it will be just fine…cold but just fine.

A Wind Chill Advisory is in effect for the KC Metro with Wind Chill Warnings farther to the north and northeast of KC.

Oh and northern MO is NOT alone with the wind chill warnings either…10s of millions of people are under the warning too!

A Wind Chill Warning means the combination of very cold air and the wind will create DANGEROUSLY low wind chill values… and they're expected over the next two to three days across the warned area. pic.twitter.com/nb5TXwLlxd

We most assuredly will drop below 0° tonight and tomorrow will be a challenge as well. Highs may only be in the 5-10° range, especially on the north side. IF we are below 7° that would be the coldest 1/30 high temperature in KC weather history. 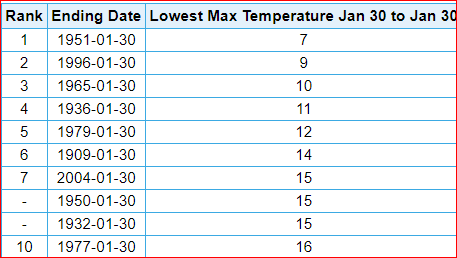 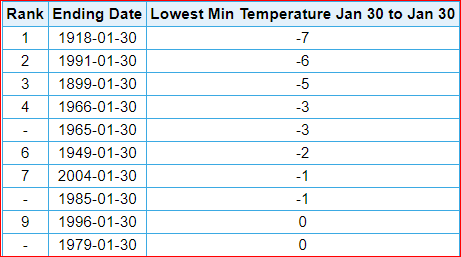 Up to our north…there is still quite a bit of snow on the ground..towards northern MO and southern IA.

Here is one of our camera shots from the Bethany, MO area… 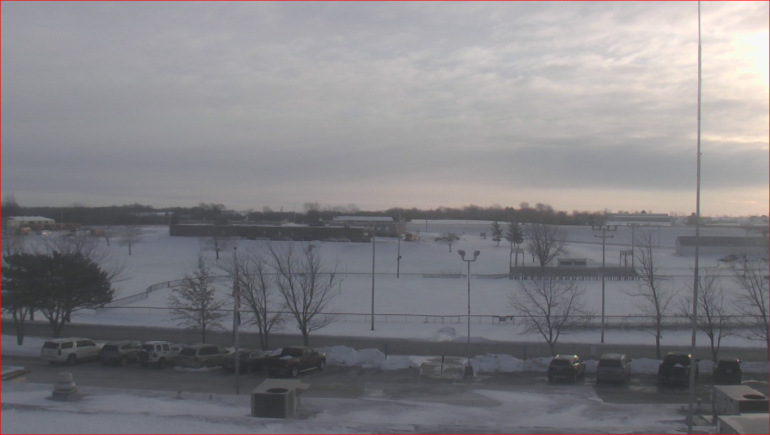 While here in KC the snow is mostly gone (except for the piles) up there it’s certainly more extensive.

That snow plays a role in the temperatures up there and potentially down here, especially Friday because it may influence where a warm front set’s up. You can see how IF we have a northeast or north wind for whatever reason…we could see some of the colder weather from that snowpack fight a fight before departing. So Friday is a somewhat tough forecast as the warm air is fighting northwards at the same time. 40-45° is still doable locally but farther north the temperatures may be considerably colder.

Before that though let’s deal with another snow chance tomorrow.

We have some favorable jet dynamics developing and the models are spitting out snow…the latest NAM data has snow developing after lunch and this could be an impact item for rush hour later tomorrow. I’ve seen these cases before where these thin bands of snow streak from the NW to the SE and all of a sudden, with the high snow ratios with the bitterly cold air mass…you get a dusting to 2″ of powdery snow. This needs to be watched so that you’re not surprised by it. I mentioned this yesterday in the blog and on the air and I will be doing the same today. Don’t be surprised! It’s got dusting to 2″ written all over it in my opinion. We need to saturate the atmosphere first though to make that happen.

The cold temperatures seem to be getting the most play though…so let’s revisit the wind chills. From the Des Moines area…

So you get the point.

Oh and as is typical in the ying and yang of the weather…when it’s cold in the central/eastern USA usually the opposite is happening up in Alaska.  Your snowy but “not as cold” forecast for Anchorage.

Lara Bee has the feature photo down towards Raytown, MO at Wildwood Lake. 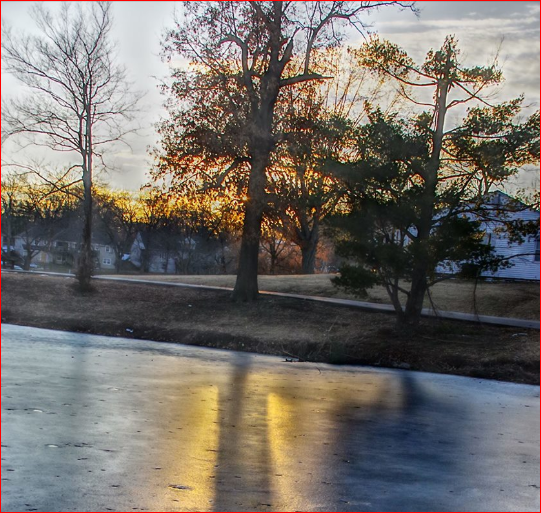 The light snow is moving out this morning and will eventually take the cloud cover with it. Expect sunshine to return for the afternoon with highs struggling to make it above freezing today. Temperatures start to moderate heading into the weekend ahead of our next weather system. We're tracking it in the updated forecast here! Joe's latest podcast: No polar vortexes? We’re about halfway through the winter season, and we’re…