Good morning…yesterday I was debating whether or not to play golf. The temperatures weren’t the issue…it was the wind…my goodness the wind. Gusts were approaching 40 MPH in the region.. I decided mind over matter and went for it. The wind won. My goodness.

Today: Less wind compared to yesterday. Partly cloudy at times. Warmer too with highs 65-70°. Winds will be more from the west at 10-20 MPH

Thursday: Mostly sunny and mild…highs around 70°

Friday: The change happens quick on Thursday night. Blustery and mainly cloudy with much chillier temperatures. Highs in the 40s with wind chills in the 20s in the morning and 30s in the afternoon.

I’ve mentioned a few times that the average 1st freeze in KC is 10/27…well give or take a couple of days that looks to happen. So really this isn’t an unusual situation for us in the metro. Often we get bigger swings in late October>mid November as the colder air masses up north penetrate areas farther and farther south. With these changes and the fact that typically things move along at a pretty good pace…we’re essentially exchanging mild>cool>cold air masses every few days…and that’s what’s going to happen around these parts.

When you get these changes at such a quick pace…you typically get wind…and we’re seeing that as well. More wind is coming, especially later Thursday and Friday as the colder air moves southwards. In time, maybe towards the end of next week…the pattern may tend to “relax” for a few days…we’ll see about that though.

One thing is that with these rapid changes, it’s somewhat difficult to get any moisture push northwards for any length of time…south winds don’t hang around long enough to bring a lot of gulf moisture northwards. So the end result is it’s a bit difficult to get any organized rain move through the region. That may continue for awhile…II don’t really see any strong storms that are going to target the I-70 corridor for awhile…so the pattern overall looks pretty dry for the next 10 days or so…if not longer. Again not too unusual for the part of the country.

As far as the threat of a freeze…the issue appears to be will this happen on Friday AM…Saturday AM…or Sunday AM? Will there be a couple of freezes? On Friday, the colder air will be spinning southwards…there should be some low clouds in the region and there will be a lot of wind again. The combination may prevent temperatures from dropping below 32°. On Saturday the only “fly in the ointment” is the potential of clouds in the region. IF there are enough clouds we may, just barely, stay above freezing. Sunday morning looks to be the best bet. Lighter winds and more clear weather should allow temperatures to drop to 25-30°. The coldest part of the air mass will be moving away from the region on Sunday though…so we should moderate nicely Sunday afternoon. 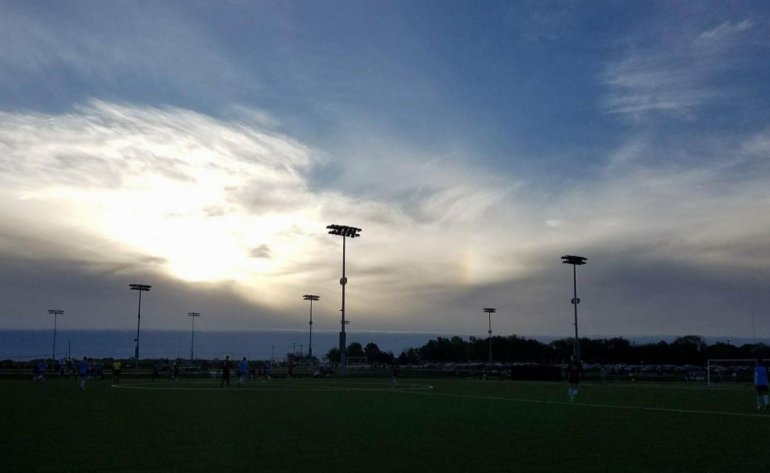