Weatherwise this is going to be a MUCH better weekend in the KC region that what we’re used to I think. Near 60 today and around 50 tomorrow…that’s doable…not great…and it could be warmer…but at least doable. Good>great weather overall into Monday before the next system on Tuesday comes by…and that will need to be watched for a couple of reasons. More on that in the discussion.

Today: Sunny and milder with highs in the upper 50s with some lower 60s possible in a few areas

Tonight: Fair and chilly with lows in the upper 20s

Sunday: Good for the parade but a bit cooler overall compared to today with highs in the lower 50s

Monday: Not too bad with highs in the lower 50s again

Let’s get back to the river flooding because there are a couple of points I want to make. 1st off this is NOT a repeat of 1993 for the KC Metro area…but yes there will be additional flooding across NW MO and even towards the north of the KC Metro area. I-29 is closed up across far NW MO…and will remain closed for awhile until the waters recede somewhat.

I wanted to show you the river forecasts from the NW tip of MO downriver through the KC Metro area…these should update automatically.

Let’s start up towards far NW MO…east of Brownsville, NE. Of ALL the MO River gauges closest to the Metro…this one is the highest in terms of previous records. They’re surpassing the 2011/1993 stages by about 3-4 feet! 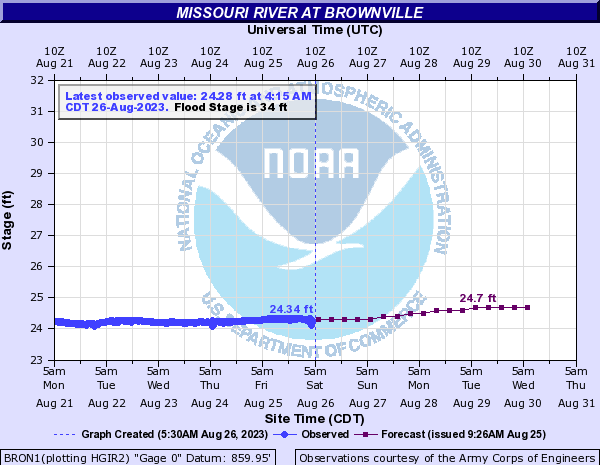 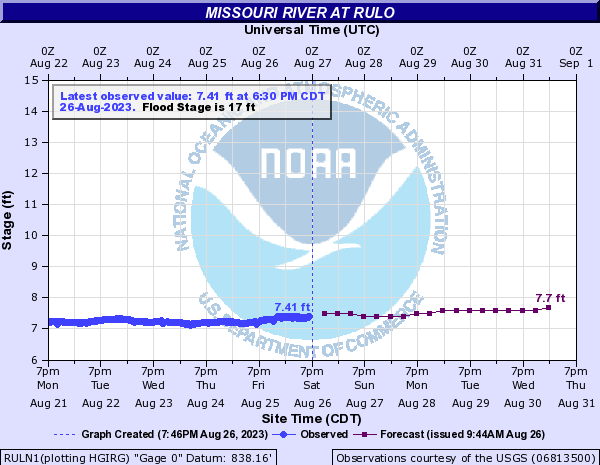 Now down towards St Joseph. 2nd highest on record…record is 1993 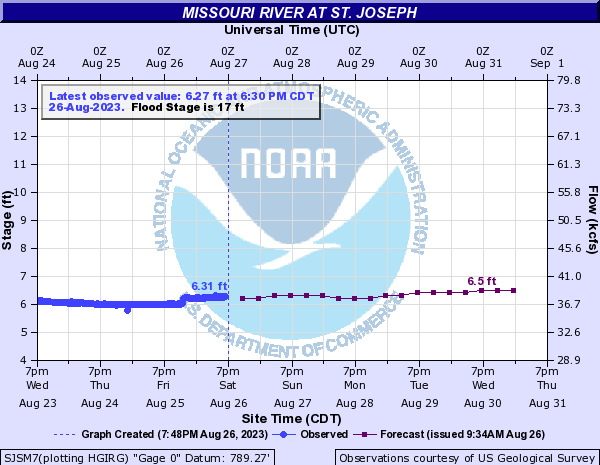 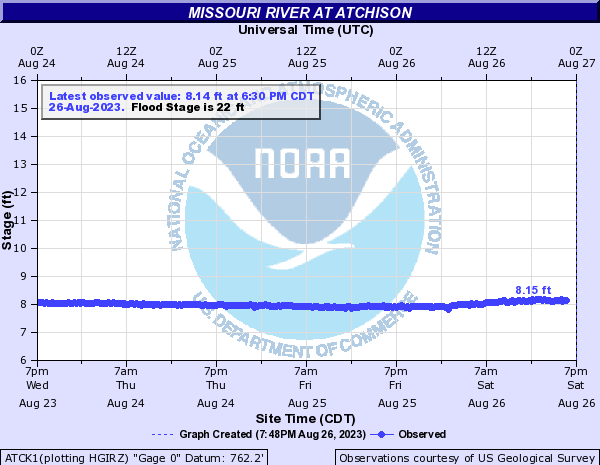 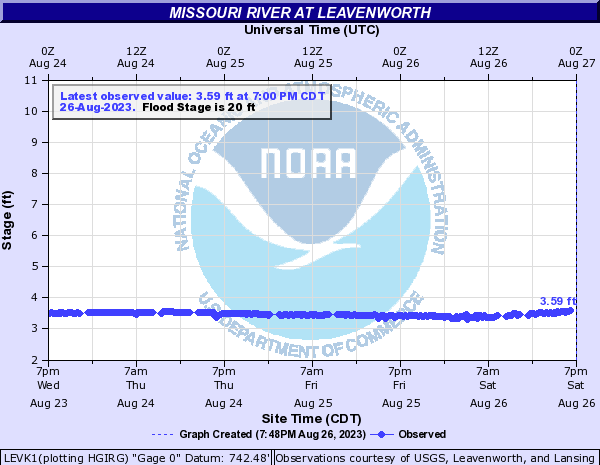 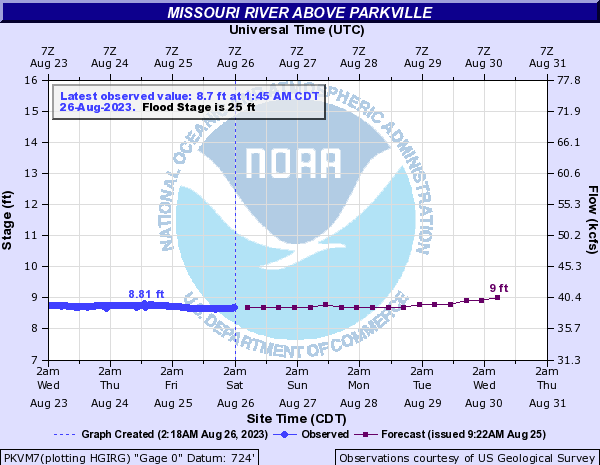 and finally in KCMO… 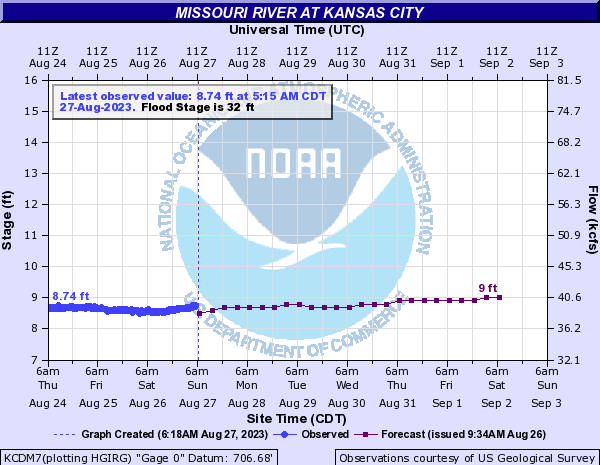 Of note with KCMO…it’s just minor flooding expected…so the waters effects will lessen (forecast) as they get close to the heart of Downtown KC near the Downtown Airport.

Farther east…yes to flooding but at this point more of the typical springtime flooding scenarios.

Some news regarding the releases from the Gavin Point Dam which is holding back a LOT of water right now from continuing down the MO River. This dam is located towards Yankton, SD. Last night they reduced the releases by about 17% from the high point. That is beneficial down the road.

I’m not sure why I thought of this…but I did think about the initial spring forecast for flooding that was issued by NOAA a few weeks ago.

Overall OK…although the amount of ongoing flooding in the Omaha region perhaps was somewhat underforecast.

A closer look at the Falls on Sioux Falls after record rain and snow melt. AMAZING #flooding pic.twitter.com/Bt51QDFh8g

There are a LOT of warnings out for flooding though. 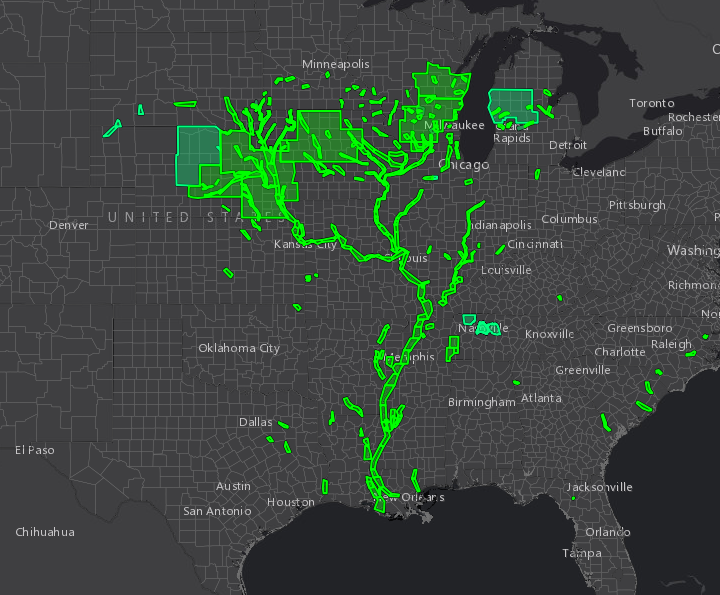 The next weather maker to watch is Tuesday as a wave moves across the Plains. The air with us this weekend is going to be dry and that dry air throught the atmosphere will linger into Monday.

The wave will, at first, have a tough time saturating the atmosphere on Tuesday but in time it may. That is critical because there is still some issues with what the precip type will be at the onset of the the event. As the atmosphere saturates…it will cool down. The NAM model wanted to create at least some sort of rain/snow mix changing over to rain on Tuesday. Other models are too warm for a snow to start concern…but it’s worth watching I think.

Regardless…March can still be pretty cold…and I do have concerns that Tuesday may turn into this raw crummy day.

Spring starts on Wednesday at around 5PM or so. It too may be below average. Hopefully we’ll warm up towards the end of the week. 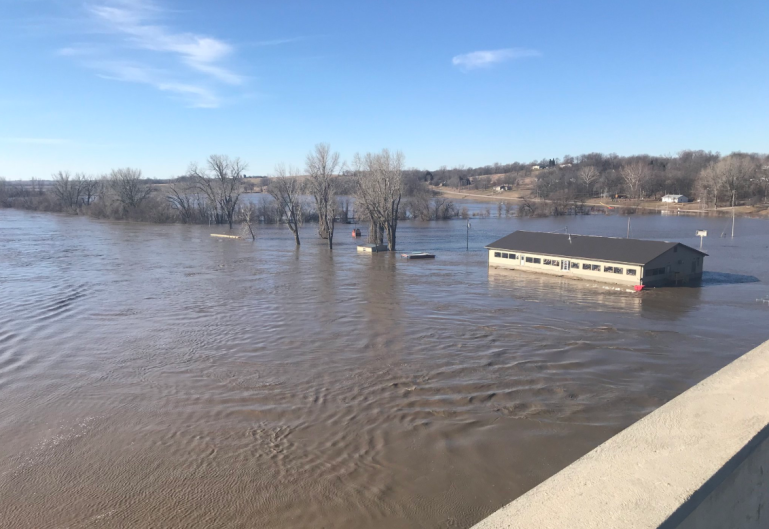