I wanted to get an early morning blog update out…because while we’re tracking snow heading towards the KC area on Friday…I’m heading down to Pleasant Hill first thing this morning for a severe weather seminar. It’s a good opportunity to touch base with my colleagues there and talk about how best to communicate severe weather to our viewers. I’m guessing, as is usual, I’ll be the only local TV person there as that is typically the case.

This is also the time of the year where you can get snow…and severe weather all within a weeks time. We won’t have to deal with sever weather for awhile as we’re going to be way too cold..then again last week we had severe weather (1″ hail) despite the snow.

Today: Variable clouds and mild through lunch with highs into the 50-55° range before colder air moves in after lunch with falling temperatures into the 20s during the evening. There may be a few sprinkles out there behind the front.

Friday: Snow developing with a 3-6″ snow potential towards the afternoon and evening. Highs near 20°. The snow will have a bit more of a fluff factor to it with the cold air in place.

Saturday: Sunny early and colder with lows in the single digits and highs in the 20s. Clouds increase with the potential of snow developing towards later in the day or night. Another 1-3″ is possible overnight into early Sunday AM

Sunday: Partly cloudy and cold with highs in the lower 20s

So some clarity appears to be at hand. Compared to yesterday the model that was showing the dry air being a factor has now capitulated to it not being that much of a factor. So with that hiccup out of the way…and with the wave being a bit sharper and somewhat more organized…I’m feeling more confident that this will be a snowstorm of typical proportions for KC. Nothing overly crazy for totals but a plowable snow that will make the evening rush a mess and then some.

The timing remains about the same with the snow arriving towards lunch and continuing through the early evening hours. With the wave that I talked about yesterday being in slightly better shape…the moisture the system is cranking out seems to be zeroing in on about 1/3″ or so.

That would typically lead me to about a 2-4″ forecast for the KC region…but we should have somewhat favorable fluff factor working for us us the atmosphere will be pretty cold…so the snow ratios will be a bit higher. Model data suggests greater than 15:1 although I don’t want to go to that point yet.

So with the 1/3″ of moisture…that would probably equate to about 4″ of snow…perhaps a bit more. So that’s why I’m thinking a 3-6″ forecast is a reasonable first thought on this system. 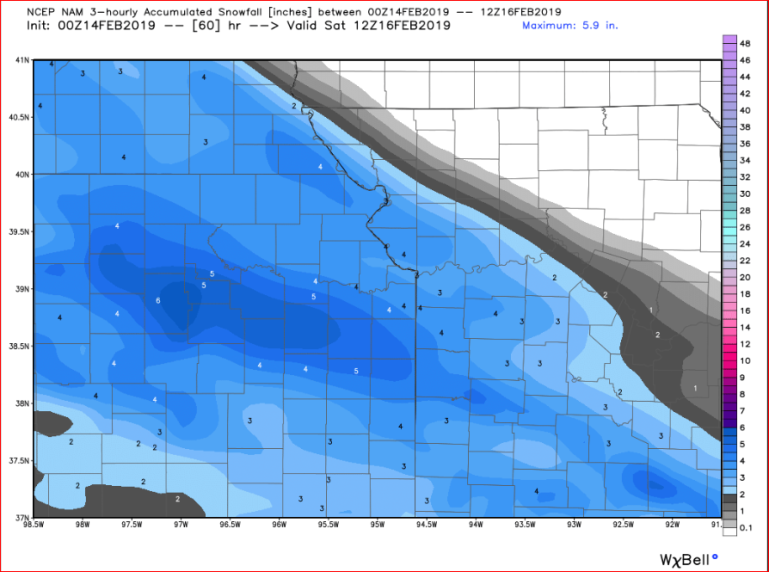 and from the GFS model… 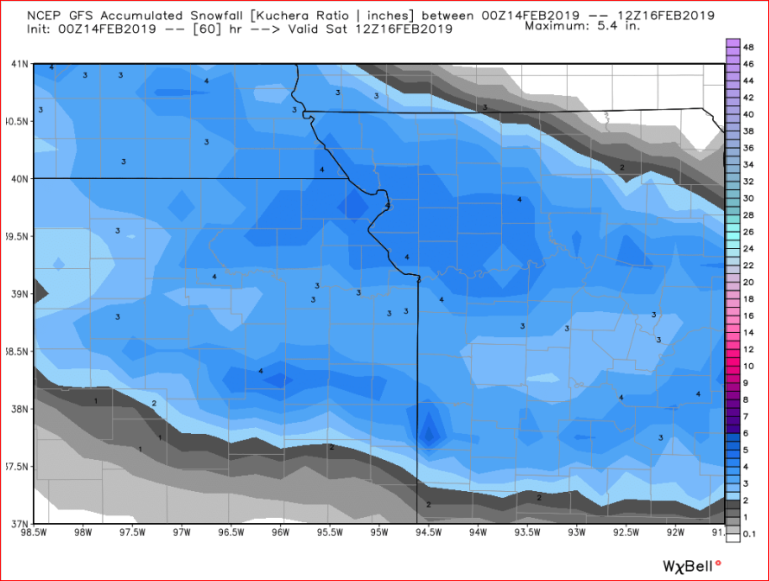 and finally the EURO overnight model… 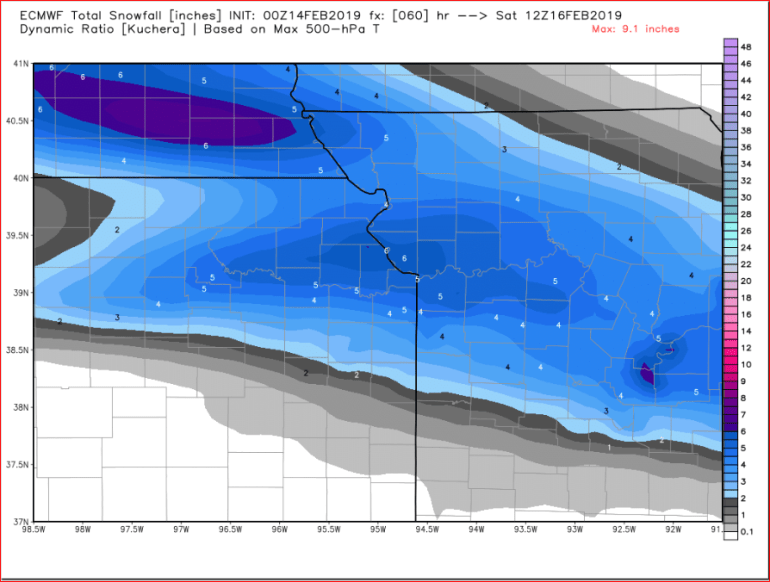 I think the ideas above are pretty reasonable at this point in time.

Again more than a nuisance but not to the extreme of the previous blizzard/storms we’ve seen this winter. Sort of in the middle which isn’t really surprising I guess.

Let’s get into the model data that will auto-update for you. First when the snow arrives…

Now let’s go a bit higher up…to 18,000 feet or so. Look for the “U” shape coming through the Plains. The sharper the “U” the deeper the storm. The system coming into the Plains is still not the most healthy of storms…but as long as the dry air isn’t chewing the snow away as much as this same model showed yesterday…we should get some decent snow over the course of 5-8 hours or so.

Friday the focus of the blog will be more towards the radar and the shorter range models.

So here is my confidence levels…

Again we’re just sort of straddling the 4″ line give or take. Obviously this is an average. Some of your individual results may vary somewhat as is typical, but for a snow-maker/pattern that was picked out days ago and we’re still talking about it 24+ hours out…this is a very acceptable playout.

As far as what happens beyond this…another system is due over the weekend. That could bring us anywhere from a dusting to another 3″ or so…we’ll see about next TUE/WED as that seems a bit more ambiguous at this point but I still favor something happening with that as well…the pattern more or less says it’s favorable for something else to happen early next week despite what the models may or may not say. There is still all sorts of potential to this weather pattern over the next 10 days or so before we start losing ALL the cold air… as I mentioned earlier in the week…buckle up. There is still all sorts of potential with this pattern…entrenched cold air…WSW to SW flow aloft…it’s a good look for additional snows down the road.

Also as mentioned…regardless of the snow scenarios playing out…the air will be cold and now that mid February is here…we average in the lower>mid 40s or so…and that won’t be happening (after today) for awhile it appears.

Longer range I’m hoping for some brief moderation towards the end of next week…we’ll see. There may be quite a bit of snow out there by the time next Wednesday is done..and I can’t imagine how that won’t factor into things down the road.

With me sort of being out of pocket through the mid afternoon and not able to access the blog for updates…please follow me on twitter @fox4wx or on FB at Joe Lauria FOX 4 Meteorologist for additional afternoon updates. I may get something else out on the blog later Thursday when I’m done with my conference. 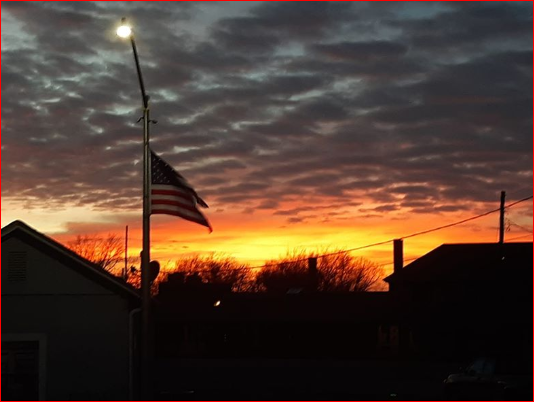 Alex’s Forecast: One more sunny day before some rain

Alex’s Forecast: One more sunny day before some rain

Some patchy, freezing fog is out there early this morning, but that'll be fading away quickly as more sunshine will greet us later this morning. With only a few clouds expected at times today, we'll quickly boost up into the low 50s by the end of the day. That should finish off whatever snow is left on the ground, and could easily lead to more patchy fog Monday morning. But,…