Good afternoon. Many weather factors to discuss today including the current wind situation (gusts to 40-50 MPH)…the increasing threat of severe storms developing after 6PM…the threat of larger hail and potentially even some tornadoes somewhere in the region and also the cold front which will sweep through by 8-9PM or so.

Rest of this afternoon: Variable clouds and warm with highs well into the 70s. Muggy by March standards. Winds will continue to crank with gusts possible to 50 MPH.

6PM-9PM Tonight: Storms will fire towards the NW of KC after 4PM. These will move towards the ENE and come together as a squall line that will then move through the metro by 9PM tonight. These storms may contain 60-70 MPH winds and hail larger than quarters as they move through. After sunset there is an increasing chance of smaller tornado formation (we call these mesovortex tornadoes) developing along the leading edge of the squall line. The time frame for that would be 8-11PM. So depending on where the line is moving through during that time frame…it bears watching and parts of the KC metro area may be vulnerable to this. Be Weather Aware this evening. A Tornado WATCH is in effect for the entire viewing area through 10PM tonight. The map below shows the coverage of the WATCH.

After 9PM in KC: Storms will be putting on a light show towards the east and south of KC. areas being influenced by those storms will need to monitor for severe weather

Overnight: Clearing skies and chillier towards daybreak with lows in the upper 30s

Tuesday: Breezy and pleasant with highs around 60°

Busy busy busy…I’ll be doing a FB Live around 2PM today so feel free to join me on our social media platforms, especially at Joe Lauria Fox 4 Meteorologist for that.

Let’s get into things… 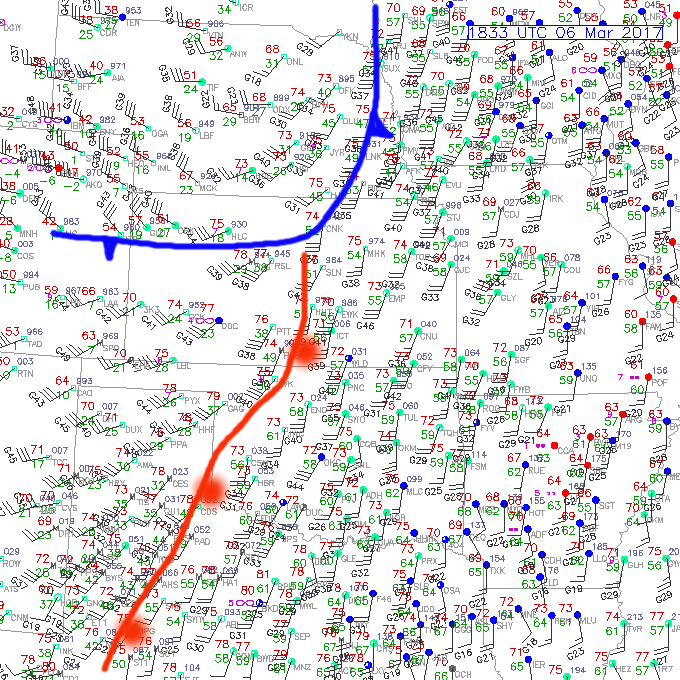 3) Clouds are thinning as I type this…

4) the SPC has been nudging the higher level of concern farther towards the NW in the last 12 hours…note the change from yesterday to today if you’ve been following along. KC has gone from barely in the “slight” category to up a level into the “enhanced” category. This indicates an higher threat of additional severe weather in the area…winds/hail and even in this scenario fast moving tornadoes in the “enhanced” area especially towards the SE/E of KC.

In terms of tornadoes…again I’m NOT ruling anything out do to item number 5 below…I’m most concerned after about 8-9PM tonight…and that will depend on where the squall line is set up…the latest from SPC has a “hatched” area towards the SE of KC (just barely). Hatched areas must be respected. So those from Marshall>Warrensburg>Harrisonville>Paola>Garnett and eastwards and southwards need to be watching this even more closely and should have a clear safety plan in case a tornado warning is issued.

5) Wind shear concerns. This was an issue that I mentioned in yesterday’s blog too pay attention to. In the more traditional set-ups we look for 2 different wind shear “ways” The first is the way the winds rotate as you go up through the lower-middle part of the atmosphere…past 10,000 feet or so. That is NOT working in our favor. The other is the way the wind speeds increase from the ground upwards and that IS working in the favor of more rotating storms. This last item is the concern for tonight. So again NOT a traditional set-up BUT it’s an important ingredient and will be there after 5PM tonight as the storms move closer and through the area. The following schematic shows what I’m referring too.

Note as you’re closer to the ground the winds are lessened (still though in tonight’s situation they’ll be close to 30 MPH) then as you go up the winds increase to over 65 MPH several thousand feet above us. This creates shear and creates horizontal rotation. Tornadoes though need vertical rotation. So what happens in the instability in the atmosphere “lifts” this horizontal rotation and now you have something more vertical  and that is my concern.

6) Storm motions will be FAST…50-65 MPH towards the ENE. As I mentioned yesterday when storms are flying like that it takes VERY little to get some of the stronger winds blowing above the ground to work their way to the ground…so the wind threat (which is greater than the tornado threat in terms of area affected) is greater this evening. The whole squall line will be developing towards the SW as the evening progresses.

7) This is a great time to remember the difference between a WATCH and a WARNING. We’ll be placed under a tornado watch I think later today. A WATCH means that conditions are favorable for severe storms…a WARNING means that something has been spotted or indicated (more likely tonight because the storms move in after sunset) on radar.

8) The latest short term model run off the HRRR. This too will automatically update for you. (via IA State)

Recapping: ALL of the area, with the exception of far NW MO will be vulnerable to severe weather from 4-5PM>9-10PM from the NW to the SE. For KC proper the timing appears to be from about 7-9PM or so. Strong straight line winds of 60-70+ MPH…hail larger than quarters and even the potential of isolated and fast moving tornadoes that don’t last long could be an issue as well. ALL of you should be thinking about a safety plan and what you would do and where you would go IF there is a tornado warning issued for your area.

I’ll be in at work later today and helping out just in case.

Our feature photo comes from the incomparable Mark Schierholz 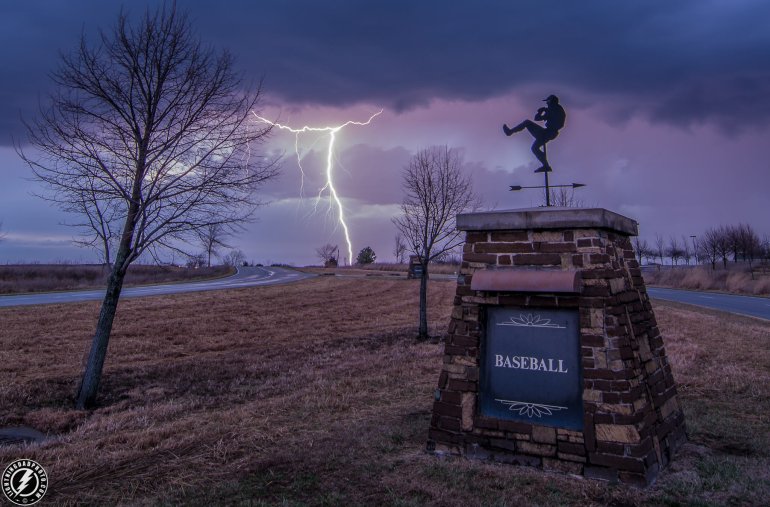 Showers, downpours, and storms are done, and we'll only hold onto spots of drizzle with cloudy skies. Temps will hold steady in the low to mid 40s before cooling down overnight. Clouds will move out in time for the holiday tomorrow! Mostly sunny skies continue with highs in the upper 50s. Looking ahead, another dry stretch of weather will return with only Sunday providing a slight rain chance down south. Check out the details of Thanksgiving and the next several days, right here!