Good afternoon…another day with below average temperatures in the KC region…with readings today struggling to get out of the 50s…tonight though will stay seasonable and Sunday will start seasonably before tuning colder later in the afternoon. There’s been about a 3-6 hour delay in the colder air arriving into the KC region so while that should really eliminate the risk of snow, even on the northside…there is still a risk of some flakes in N MO north of KC as the precip comes to an end…the window though is small and only about 1-3 hours up north for anything like that to happen.

The bottom line to the forecast is more chilly weather into Tuesday before we start to moderate a bit afterwards and get to enjoy some rather nice fall weather later in the week.

We also will have our first light freeze it appears for a good part of the area with some harder freeze conditions towards NE KS and NW MO.

Tonight: Variable clouds and seasonable with lows in the 40s

Monday: Mostly sunny, after some morning high clouds, and chilly with highs closer to 50°

Not exactly the brightest day out there today with lots of clouds in the area. it should brighten up a bit more this afternoon but just overall a so-so afternoon. The 1PM surface map shows our next change…the real push of chilly air lags behind the cold front though… 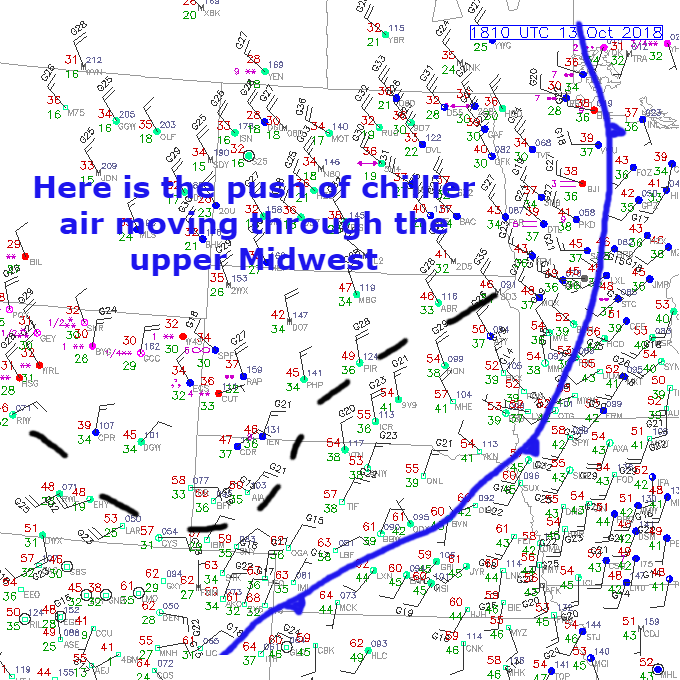 Yesterday I was talking about threading the cold and moisture needle to get the chance of seeing some snowflakes on the northside of the Metro and into N MO…and today that seems to be getting just a bit harder.

The data today shows a 3-6 hour slow down…not so much for the wind shift to occur but in the colder air arrival to happen. That makes a big difference because now we may remain in the 50s into the afternoon before the colder air gets here…then we we drop we go down into the 35° area during the early evening…

The timing allows the rain to be really moving away as that occurs. There is still a chance of some flakes farther north of KC especially…after sunset…

There have been dozens of days with at least at least a trace though…although I did see that a few of the days in the records counted hail occurrence as a “trace” for example in 2014 on 10/1. There is a trigger of a trace of snow…but in reality it was hail that happened and not snow. Also there have only been about 7 or so days with a trace of snow or more on the 14th or before hand…so it’s obviously really rare!

The bottom line is you will NOT need the snow shovels tomorrow evening!

After that the week overall will be quiet with the typical October swings and some nice days coming down the pike. Interestingly, per the GFS..after tomorrow evening the model gives us no rain for about the rest of the month…or close to it. So yes…here comes fall!

Here are a few tidbits of interest.

This is the anniversary of one of the devastating lake effects snows back in 2006. Some areas near Buffalo had 24″…which when the leaves are still full and on trees wasn’t a good combination. 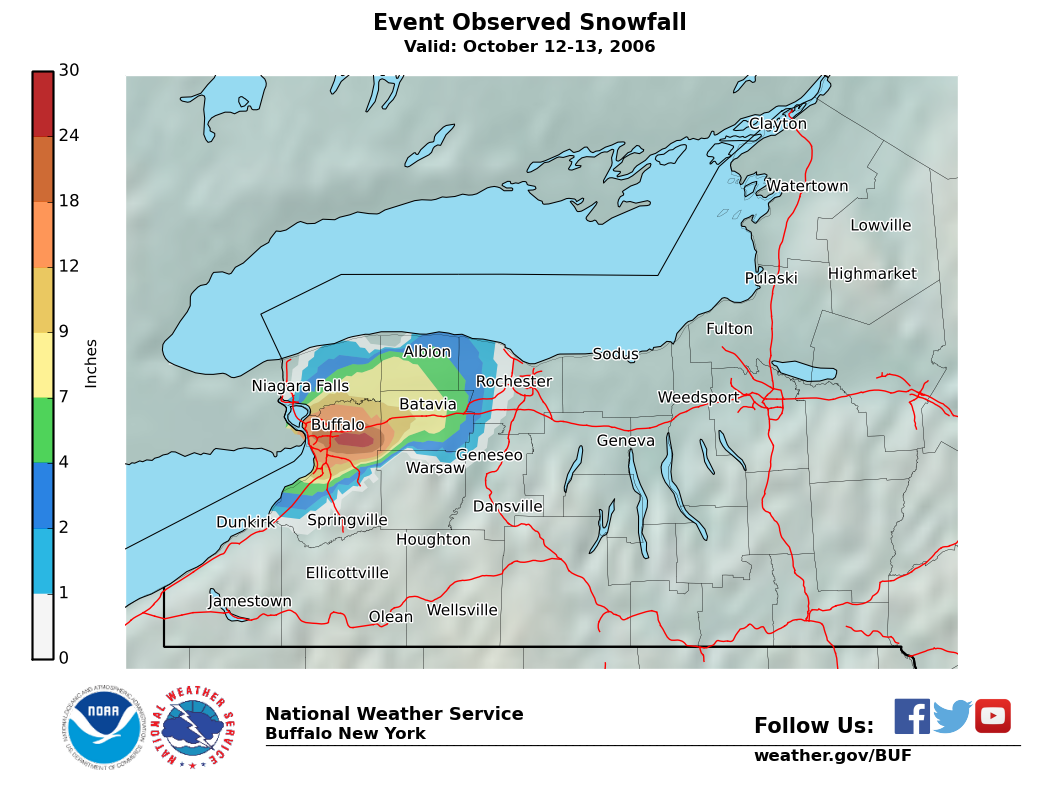 From the NWS in Buffalo…

“Words cannot due justice to the astounding event which opened the 2006-07 season. Not only was it the earliest event by far (two weeks) of the over 120 in the 13- year record of our lake effect archive…but it was the most unique in regards to destruction of trees and power outages…directly because of its out of season factor. Almost a million residents of the Niagara Frontier lost power…some for as long as a week…and tree damage was the worst in memory…especially to the lush vegetation in the many historic parkways and parks in the Buffalo area.”

“Even though plenty of damage resulted already in the first few inches, total snowfall in this event was simply unbelievable. 5 to 8 inches fell in the first phase of the event between 3 pm and midnight, but SWE ratio was around 6:1 or so…hence the terrific damage to trees and powerlines. The second phase featured slightly drier snow…maybe 12:1 but it piled up another foot in heaviest area…in just 4 hours or so.  The 22.6 inches recorded at the Buffalo airport not only blew away any October record (6” in 1909…only 4 falls of 2” or more in 100 yrs in October)….but was the 6th greatest snowfall ever at any time in Buffalo!”

Meanwhile the death toll is still increasing and damage from Michael continue to pile up sadly. Some more incredible video…note the 1st images and the last images…this is from a camera that was on the coastline with battery power.

Incredible footage from @hurricanetrack's GoPro at Mexico Beach, FL. This shows the raw power of a CAT 4 that wipes out an entire front row of structures/homes and the street leading to them. https://t.co/OAb6sMFKZm

Meanwhile…this is about 1% interesting to me at this point…there are some..that make a connection between this and the Arctic Oscillation tendency during the winter season…more snow in OCT…higher chance of a -AO which means a higher chance of colder weather for the eastern part of the country.

Nearing mid-October and there is barely any snow cover in Eurasia… pic.twitter.com/mDLtSw2lud

Meanwhile in the US…

There was actually sticking snow in parts of central IL yesterday…it’s a reminder that IF it snows hard enough…during this time of the year…yes it can stick…especially to the grassy surfaces!

IF you’re traveling to western KS tomorrow…yikes…more than just some sticking snow! 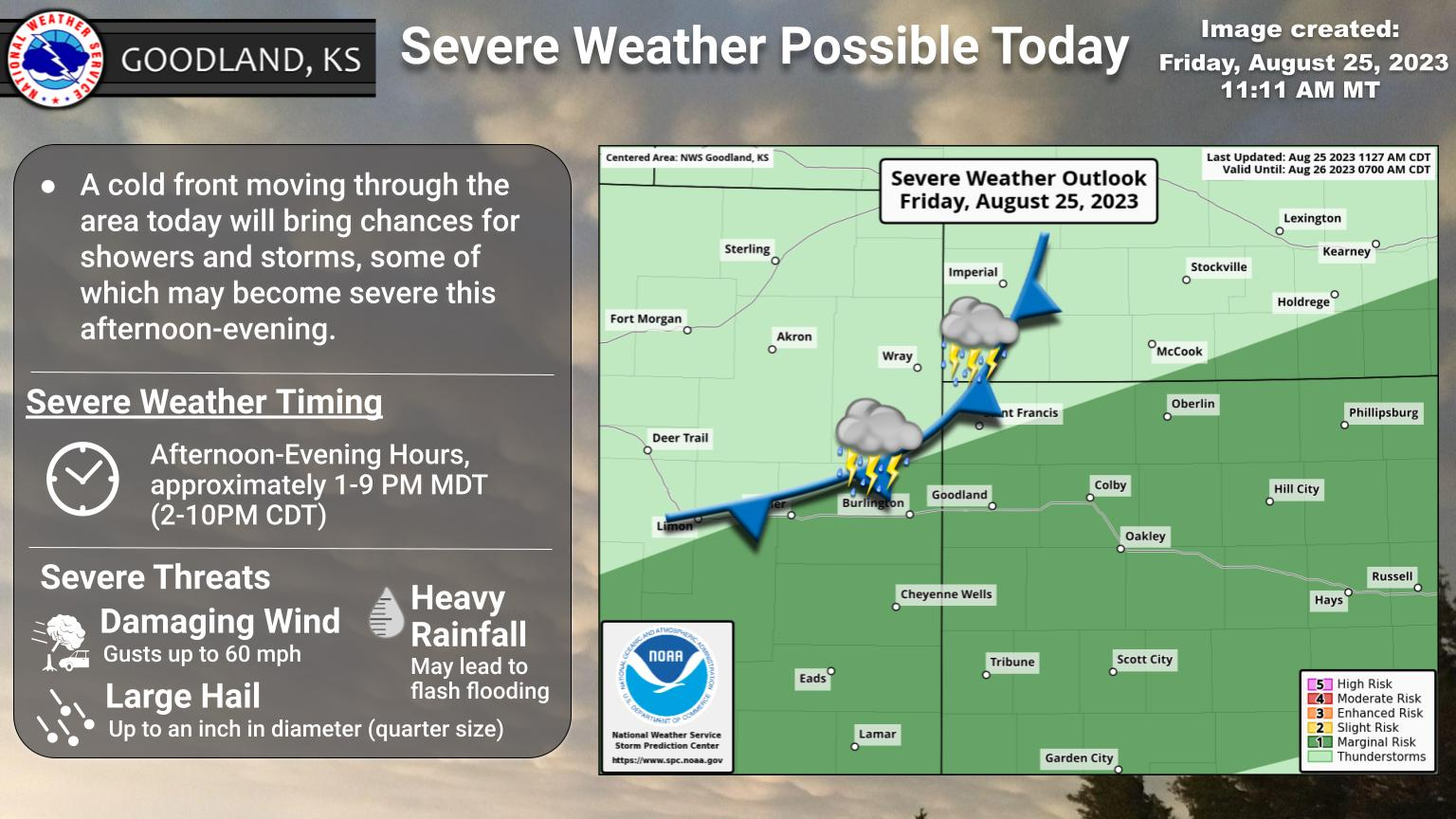 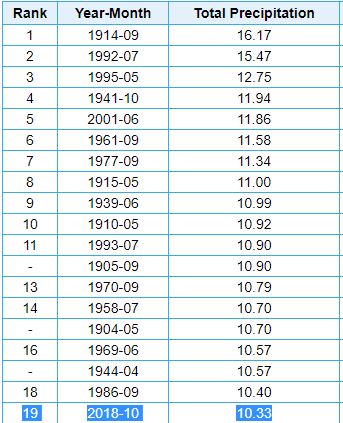 and the 2nd wettest October in KC weather history…we may not get to #1 though, unless there is something bigger towards the ends of the month. 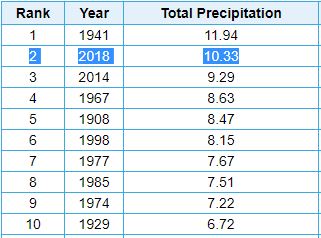 OK that’s it for today…another blog tomorrow then a few days off to enjoy the nicer fall weather on the way.

Our feature photo comes from ‎Patricia Whiteside from last Monday… 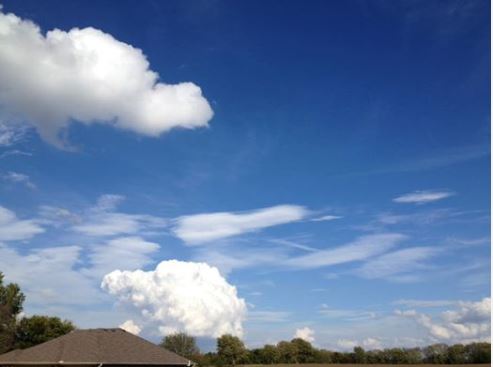 Heavy rain will be settling in here shortly past midnight for many of us. A wintry mix north of the river is possible closer to sunrise, but we'll fight a fine line of rain and snow much of Monday. Slick conditions are likely later in the day Monday as it gets colder and temperature drop well below freezing. Heaviest snow remains north and west of the immediate metro.