Man it’s another great day for a nap…that’s fine over the weekend…but on a work day that’s tough to do!. Another system is bring rain to much of the KC and southwards region today. It won’t amount to nearly as much as what happened over the weekend, and the rain will start to ease up a bit more later this afternoon in KC prooper (but keep going SE of the Metro)…just overall a balh(!) day here. After today though the rain chances look pretty small into the weekend…and temperatures are going to warm-up nicely.

Today: Rainy into the mid-late afternoon. The rain will taper to drizzle later today and potentially end early this evening however I can’t rule out some random drops during the game tonight…especially early on. A chilly day with highs only around 50-55°. IF you live a couple of counties S/SE of KC…you’re rain continues into the evening. becoming breezy this afternoon and evening as well

Tonight: Gradual clearing and chilly with lows in the 40s with breezy conditions.

Thursday (School Day): Partly cloudy, breezy and milder with highs in the mid 60s. There is a chance of a few isolated showers from KC eastwards in the afternoon especially. The chance is around or under 20%. It will be cool for School Day with that wind blowing too. It will warm up though. I might bring the rain gear for the game part of the day just to be on the safe side in case the “K” is impacted by a renegade shower in the mid-late afternoon.

Mike is fired up about tomorrow and the scripts are all done. The experiments will be ready to go and we look forward to seeing over 16,000 kids come out. Tickets are still available and regardless of which ticket you have…all you need is a ticket to the game itself and you’re more than welcome to come out early to watch the show!!!!!

Get there before 9:30 though as the show so you can get a ticket close tot he field for the best vantage. They typically close off some of the seats immediately behind home plate…so getting close to the field by the dugouts and within the 1st/3rd base areas would offer the best views. Keep in mind we pack the kids through the lower bowl of the stadium and some into the upper deck as well. It will be another great show and Mike has been working on this for about 6 months. We look forward to seeing you out there. I will be working for MT tonight and Thursday on the evening shows so I’ll see you on TV too.

I should mention there is also a HUGE science fair outside in lot J I believe…there will be many science exhibits to see and learn from…so there is that element as well. The FOX 4 booth will be manned (and womaned) by many your favorite people from the station too…so we’d love to say hi to you as well.

Time for the weather…and it’s not pleasant again today.

The yellow colors/orange colors show the moderate rains and most of those this morning are from Franklin>Miami>Cass>JOCO, MO counties southwards…so we’re on the northern fringe of this and once you get north of Platte City, MO there isn’t a lot going on. N MO and most of far NE KS may not see many drops at all from this. as I type this blog…amounts have mostly been under 1/10″ on the northside of KC to about 1/3″ in JOCO/JACO…so far. More rain is to come today as the HRRR model shows nicely. With that said though the morning run is not handling the northern fringe too well…it has it too far south.

You do get the broad sense though of a developing upper level storm system…and the water vapor loop confirms that as well…you can see the system moving into the Plains states.

The thicker moisture from the storm is down south of the KC area…towards and south of the Lakes region. That’s where the heaviest rains will end up being.

Here is the latest information from the NWS in Springfield. Notice the darker red counties highlighted…those are the flood warnings that have been posted (again) 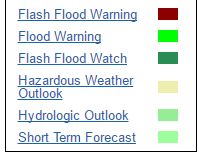 very wet in areas that are wayyyy too wet right now. Odds are they’d love this system in about 1-2 months…but not after what happened this past weekend.

After today though there appears to be a more solid break in the rains…lasting for awhile it appears. On Thursday as the upper level storm affecting us today gets it’s act together towards the Memphis area…it may leave a pocket of colder air aloft and some moisture behind it, especially on the MO side from KC eastwards towards central MO. as temperatures warm up tomorrow with the morning sunshine…there is an outside chance of just enough lift being created by the warming surface temperatures and the colder air above us…to allow for some clouds to rebuild and create a few showers (scattered) on the MO side mainly. Farther east towards central MO the chances are better than towards the state line area…but I want you to be aware of this potential so you’re not “surprised” by anything in the afternoon Thursday.

From there…FRI>SUN look very nice and milder with highs getting into the 70s easy this weekend it appears. Finally some drier times over the weekend!

I wrote extensively yesterday about the reason for the drier trends coming. An upper level storm will be featured along the NE US and in the SW US…this puts the Plains in a region of quiet and mostly tranquil weather. There are subtle things to track between FRI and the end of next week…but nothing too glaring. The storm in the SW US (unusual for early May) will be watched because at some point it’s going to move into the Rockies and create rain and t/storms. That may happen towards the end of next week.

Interesting to note that the severe weather risk will be going away mostly, after today, for much of the country. May is typically one of the most active months for tornadoes and other forms of severe weather…but at least for 1st half or so of the month…that won’t be the case. It’s pretty easy to say that the back half of the month should be the more active time period for severe storms. March and April were very active with severe weather reports.

In the graph below…you can see that we’ve had over 600 reports of tornadoes…above average through early May…but IF there is a 10 day lull in reports, you can see how we may start averaging out towards mid-month. Severe weather doesn’t do a lot for e personally, so that would be OK by me.

Elsewhere, the folks in western KS are still surveying and trying to figure out the damage done to the wheat crop out there. The weekend blizzard did a number on many of the fields. Certainly the cold weather hasn’t helped either. There is a lot of great information in this article about the events over the weekend.

Will probably never get to do this again on wheat tour. That used to be standing wheat back there too #wheattour17 pic.twitter.com/qeCMcZlpQp

"10-14 days are going to really important for us to see exactly what's happening with this wheat crop." -. @cropswithjeanne #wheattour17

I talked to one person the other day and he mentioned that there is still a lot of wheat in storage…so IF the prices can rise…and they sell that stored wheat the farmers…may still be OK. We’ll see.

Our feature photo comes from @PeopleOfCowtown and it’s pretty perfect for the day I think! 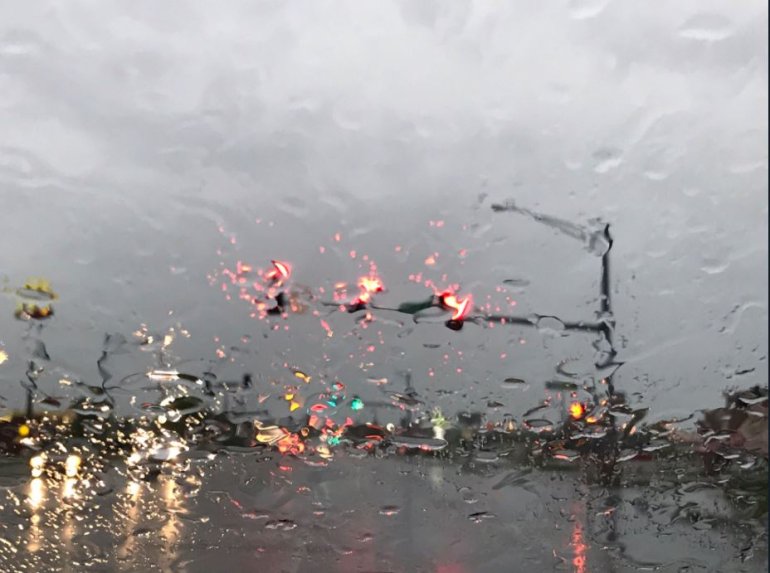 See you at School Day!

Clouds will decrease heading into the afternoon with highs a bit cooler than yesterday. We will reach into the upper 40s and lower 50s with abundant sunshine. We warm a few more degrees for Saturday and then get ready for the plunge into early next week! We are tracking a BIG drop in temperatures in the updated forecast!