Good morning…temperatures and the increasing winds are the big weather story today. Lots of clouds are streaming this way as well…and those clouds may impact temperatures…but as I start this blog we’re already in the 50s som we should still warm-up pretty strongly today ahead of a cold front coming near daybreak tomorrow. Afternoon temperatures tomorrow will be about 20-25° colder than today.

There will be some rain but despite a pretty juiced atmosphere…the fast movement of everything that will be happening will keep rain amounts in the 1/4-1/2″ range on average with some upside should you get some localized thunder…especially up in northern MO.

The weekend looks good with Sunday pushing 60° with upside again

The system that I briefly talked about for next Tuesday sort of disappeared to some extent on the model data overnight but it may well come back in the next couple of days…so again it’s being watched..and since it’s out towards Russia today…a lot will change. This could be a big nothing burger or something more interesting…6 days out though.

Today: Mostly cloudy and windy. Gusts to 30+ MPH likely. We’ll need that wind because the clouds will tend to reduce our high potential. Let’s still go with 65-70°

Tonight: Rain develops after dark…then occasional batches of rain flying through the area overnight. Windy still and mild with reading remaining 55-60° for most of the night.

Tomorrow:A cold front comes through around daybreak with a 10-20° immediate drop in temperatures over the course of about 1 hour on blustery winds. Overall though a dry colder day with clouds and some sunshine. Highs in the mid 40s in the afternoon.

Friday: Clouds and a risk of some snow showers/wintry mix with temperatures in the mid-upper 30s

There is a lot going on in the world of weather…but still we’re struggling for a decent Plains storm right now.

The system coming our way tonight will be a fast mover. The atmospheric moisture will be rapidly increasing this afternoon…the surface moisture quickly comes in from KC westwards as well…there is rain already in the southern Plains and that batch, if it holds together could make it into at least parts of the area before sunset.

The main “part” of the system though, the one that will affect us tonight…is down through eastern NM this morning. The track of that disturbance will be towards the NW of KC up towards Omaha. That sort of look is OK I guess considering all the moisture in the atmosphere BUT it also means we’ll be vulnerable to dry-slotting which should cut the potential average rains around here.

Here is the hi-res NAM model…note the streaks of heavier totals…that would be connected to any convection running through the area…we’ll see about that. 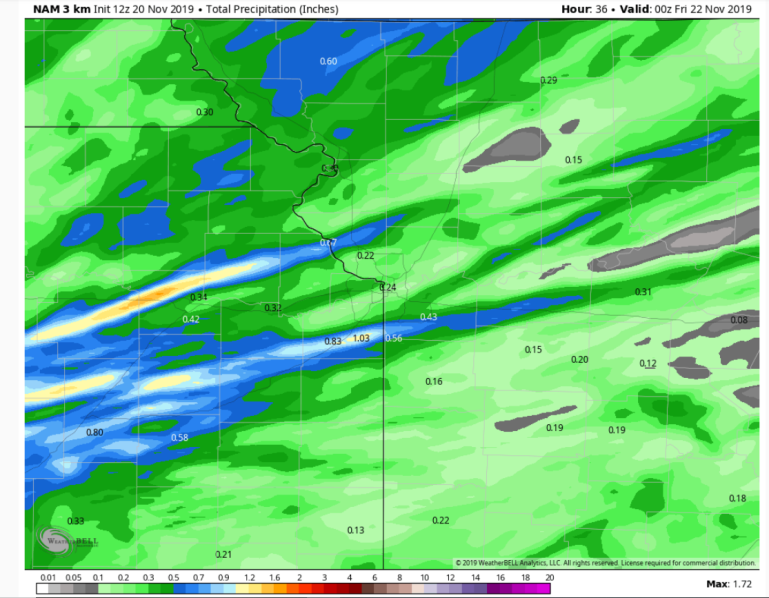 Don’t get fixated on the precise locations of the higher amounts though…it’s likely wrong BUT at least the model is showing some potential…we’ll see overnight who gets something better than most areas though…from about 1/10″ to over 1″ on the model.

Hence the thought process from the last day+ or so to not get overly bullish with rain totals…and keep most areas around KC under 1/2″ or so. There will be another fast moving chance around daybreak tomorrow morning…with the actual cold front coming through.

Speaking of that front check out the range in temperatures at around 6AM tomorrow off the hi-res NAM. This front timing may waffle around for an hour or so…but this gives you an idea… 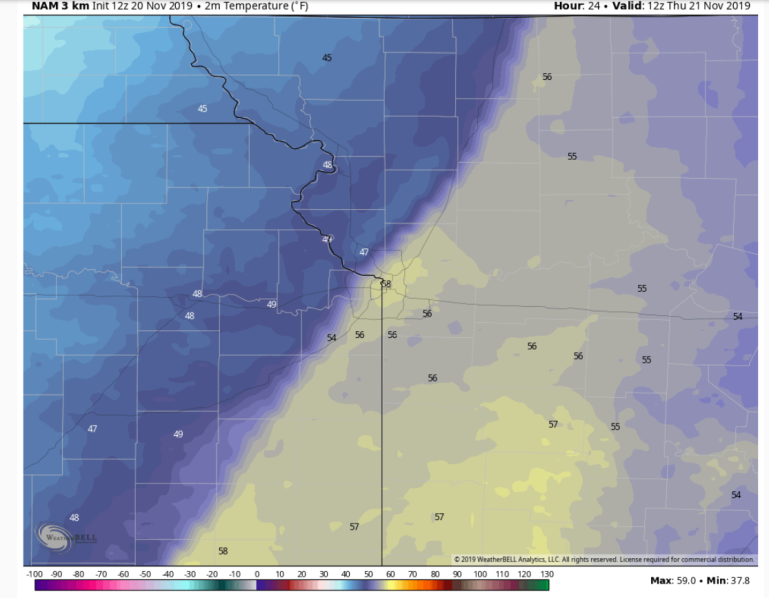 Another wave comes out and sort of strengthens in the Plains and moves through Friday night. This should create at least some areas of a wintry mix and/or snow that should move through the area however there isn’t a lot of strong lift with this and the bottom part of the atmosphere…the lower 5,000 feet or so while cold enough will be dry…and will need to get saturated. So we’re sort of in this weird place where the atmosphere above is ready to snow but the lower mile of the atmosphere may not support snow for awhile.

It’s not an overly exciting set-up right now…but something to watch.

Weekend is fine…Sunday is best.

For next week…still really too many issues and conflicts in the data. The GFS has a storm…but it mostly rain for us and then a dry slot. The Canadian has a storm…about 12 hours later…rain then a dry slot. The EURO which was bullish isn’t anymore really…so again not worthy of a deep dive from 6 days out…which is typical considering the location of said potential wayyyy out in the Pacific Ocean.

Our feature photo comes from Dori Gregory…of what else… 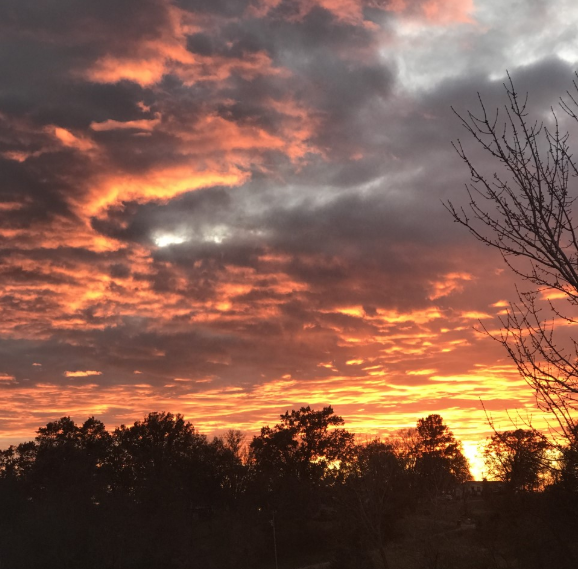