Happy New Year…this blog is actually more or less being filled with information from the NWS in Pleasant Hill…yesterday they sent out a series of tweets regarding what they thought were the biggest weather events of the decade. I have to admit I forgot a few of these but I’m sure the ones that were affected certainly did not.

As far as our next weather-maker goes…it’s not going to do much for us aside from perhaps a few light showers or snow showers on Friday night…the weekend looks good…seasonable on Saturday and back to near 50° on Sunday.

Today: Sunny and mild…windy too. Gusts to 35 MPH with highs in the mid to upper 50s

Tonight: Fair skies and cool with lows in the 30s

Tomorrow: Increasing clouds and mild with highs well into the 40s

Friday: Perhaps a few showers then variable clouds and seasonable with highs near 40°

So I really don’t want to dive too much into this thing on Friday…it’s sort of a convoluted mess that won’t end up producing too much for us really.

I do find it interesting that an upper level storm will dig into MO later Friday…and there might be a few snow showers with that but odds favor more towards the MO side east of KC.

Yesterday the NWS in Pleasant Hill came out with some bigger weather events in the decade. These are in no particular order.

As the decade comes to a close we will highlight the 5 biggest weather events to impact this region since 2010.

This system brought nearly a foot of snow to the Kansas City metro, and almost 2 feet of snow to portions of central Missouri. pic.twitter.com/SjEpJ8tOQK

I remember this snowstorm…there were thundersnows with it (as a matter of fact I think that winter every significant snow was accompanied by the thundersnow phenomena). It really came down, I 70 was closed in parts of MO and that snow extreme towards the SE of KC…into Pettis county was legit too!

Up next for the weather events of the decade:

In 2011 and again in 2019 active seasonal patterns across the Northern Plains caused near-record rises along the Missouri River.

These events caused widespread damage to local highways and in some cases destroyed entire cities. pic.twitter.com/xHknRsXmaB

I hate flooding…that is no secret…it’s often a slow drawn out affair that is somewhat tough to cover/explain with details…because it just keeps going. For the folks directly affected…it’s horrendous. Often the slow creep of water upwards with little to nothing that can be done. Then there is the aftermath…with polluted areas…unusable land…crops ruined…just a mess. It affects more people than other violent weather and it seems to be never-ending. This year in particular from a never ending standpoint. Sometimes what happens in other parts of the Plains influences what happens here with higher flood waters because of drainage.

Continuing the local weather events of the decade:

Just a few days after the Joplin Tornado another strong storm system produced several tornadoes in the KC metro and central Missouri.

One of these tornadoes, an EF-2 heavily damaged ~100 buildings on the SE side of Sedalia. pic.twitter.com/cFcb6KOB2G

2011 was a nasty year for severe weather. It seems as if Pettis County is a tornado magnet too…along with Johnson Co on the MO side.

I’m not sure why this event slipped from my memory but seeing the information brought it all back.

The worst tornado outbreak this area has experienced since 2006 occurred on the evening of March 6, 2017.

At least 12 tornadoes were confirmed that night, the worst of which were the Smithville Lake EF-2 and Oak Grove EF-3 tornadoes. pic.twitter.com/X9BBKUSIJF

That was the real deal for the Oak Grove area…and I always felt the Smithville Lake event was somewhat lost in the shuffle of what happened towards Oak grove. This occurred at night as well…and with it being so early in the season…a lot of folks perhaps weren’t in that frame of mind…

This for obvious reasons…biggest/strongest tornado since the “biggie” back in 2003 in roughly the same area…in 2003 Wyandotte/Platte Co took the hardest hit with a nod to Clay Co as well. This time it was Douglas>Leavenworth region. Platte Co was spared and they are very lucky the supercell was cycling when it went though Platte/Wyandotte area.

As a honorable mention to the storms of the decade:

Just over one-half of the yearly normal rainfall in 2012 resulted in extreme drought for the entire region.

Aside from the dry conditions the Kansas City reached 100 degrees twenty times that year. pic.twitter.com/ouc4fB29mZ

I’m not sure I would do an honorable mention on this one…it should be higher up really. It was nasty and the days of 100s were significant. We had baked out the ground so much that we were getting almost desert like humidity levels/dew points. That allowed overnight lows to drop moreso that IF we would’ve had muggier air. Temperatures at night dropped often to the mid>upper 60s. That allowed the city to “cool off” a bit and kept the death toll very low compared to IF the city wouldn’t drop below 80° which is more typical of heat here in the Plains.

Finally before we really start the New Year…a look back at 2019 from Meteorologist Michelle Bogowith. I’ll have a podcast with her posted by Friday as we go through some of this…

How about this shot to kick off the new year…via Gary Lundstrom out in  Sedalia, MO 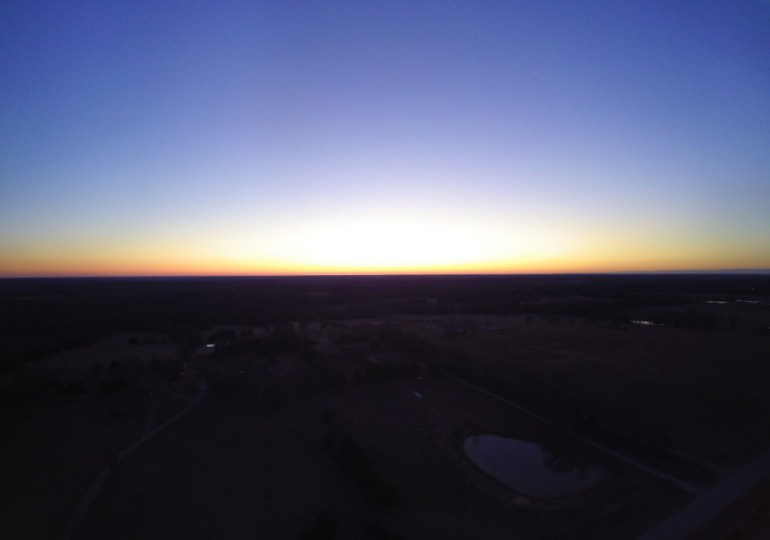