Another day with lots of clouds in the region…and there may be a few rain showers out there as well at some point today…especially this afternoon and evening as a weak wave drops down through the region. There is also a weak front moving through today as well…so some raindrops are possible in parts of the area. Not a lot…but something to remember at least.

The main story though is a return, though brief, of warmer weather. This was advertised last week…as a matter of fact here was a post I made last Saturday…and I was talking about this on the air a couple of days beforehand too. 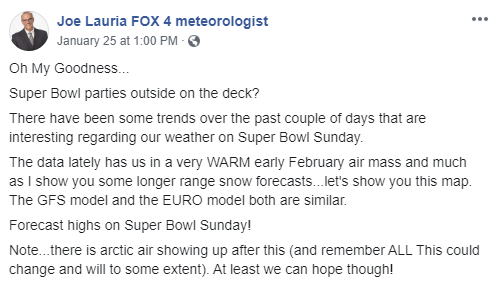 This is going to be one of my better forecasts this season. Granted it’s not a snow forecast…but you know I’ve been banging the drums on the near record warmth potential for a long time now…

Today: Cloudy skies with a few rain showers…perhaps a couple of snow flakes as well. Highs in the upper 30s to lower 40s

Tonight: Clearing out and chilly with lows in the mid>upper 20s

Saturday: More sunshine and milder with highs near 50°

Sunday: Sunny, breezy and warm with highs approaching 70°. 69° is the record. It’s “tieable” or breakable.

So at least the weekend will work out I believe…amazing considering the special day that Sunday will be for our community. BBQ weather and shorts weather for the Super Bowl.

Odds are Phil will see his shadow…because that’s what usually happens. This graphic is from last year before his “performance” for last February when he DID NOT see his shadow (a rarity) 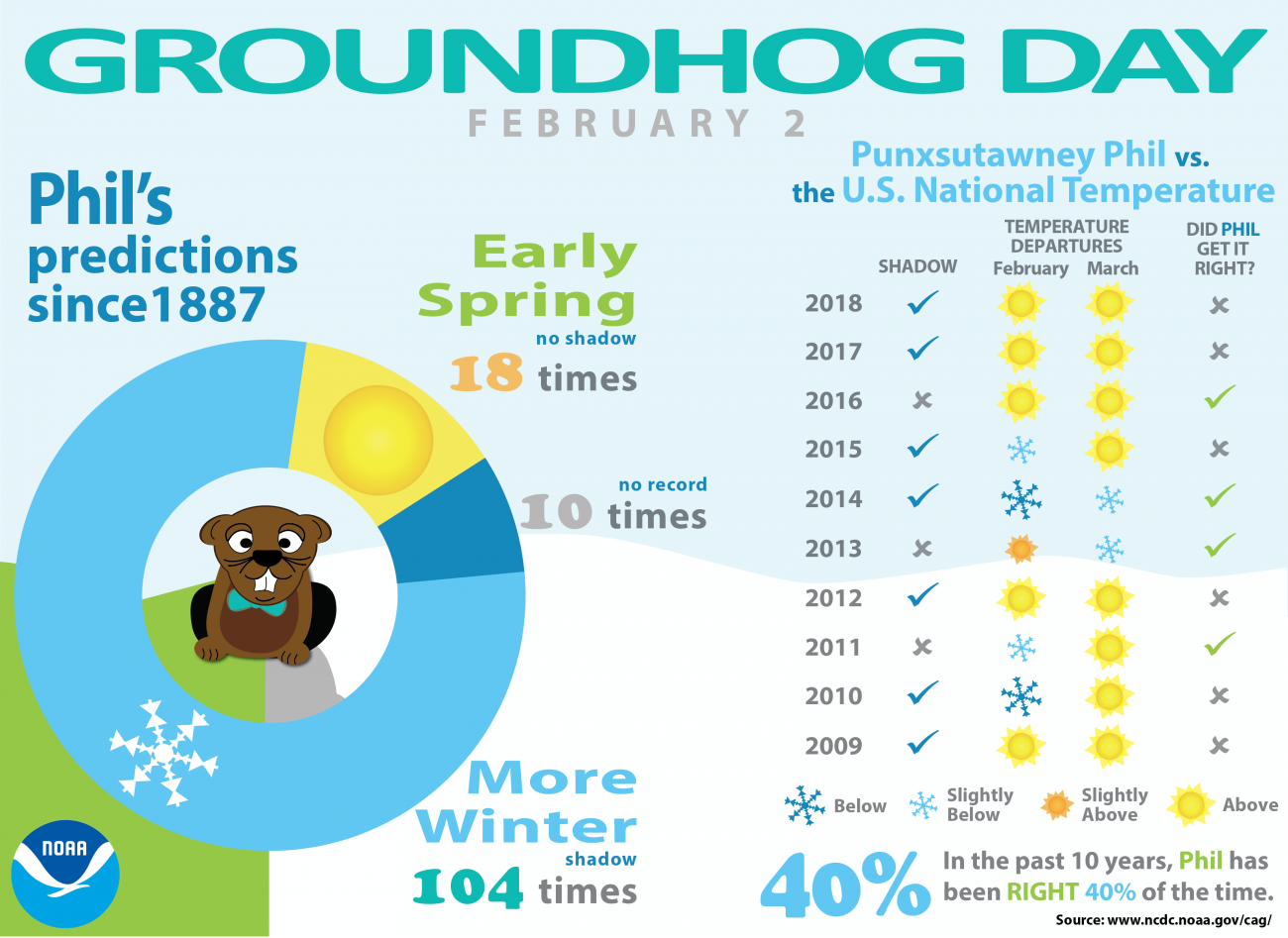 Good ole Punxsutawney is east of Pittsburgh, PA…here is the model data for different layers of the atmosphere for Sunday morning…about the time he comes out of his burrow. 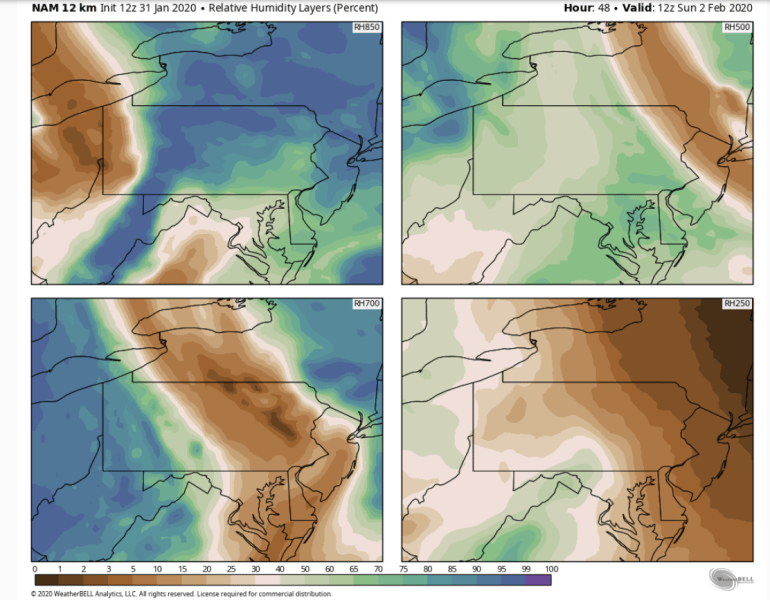 Odds are there should be clouds around which would mean no shadow…and a delayed spring…although the way the weather has been this winter (not much of a winter back east at all…and very little snow) he may want to lean in the early spring direction!

See all the orange and red numbers below? That is all the Top 10 warmest winters (from 12/1 through Wednesday) in weather record data… 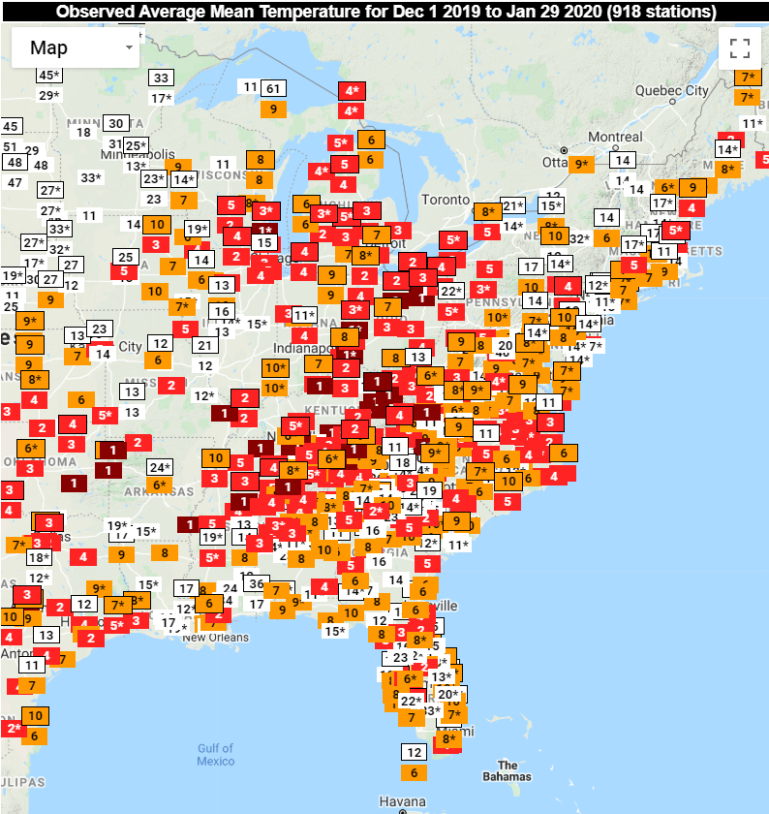 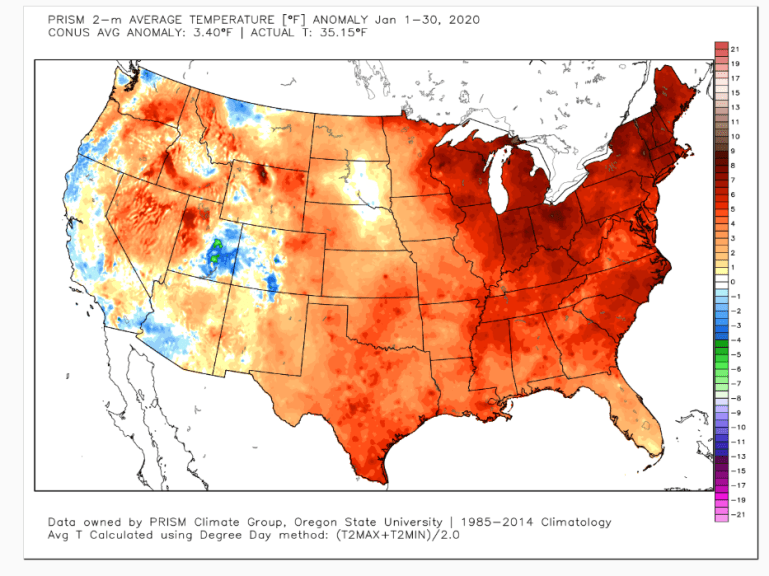 and to think last year at this time we were in the throes of the “polar vortex”. The chart below shows the 500 mb flow…with the big upper level low near the Great Lakes…

See the difference compared to Wednesday?

NO big upper level low…the flow isn’t nearly as strong either and we’re sort of getting a weak NW flow influence.

The issue aside from how warm we can get on Sunday…is when it flips back. It will at some point on Monday and Monday will be a strange day to some extent with near 30° air sitting across northern MO near the IA border…and near 65° air down on the south side of the area towards the Lakes. A front will be draped near the KC area…where that front sets up will determine how warm or cold we’ll be.

The overnight GFS keeps us warmer…for highs on Monday. 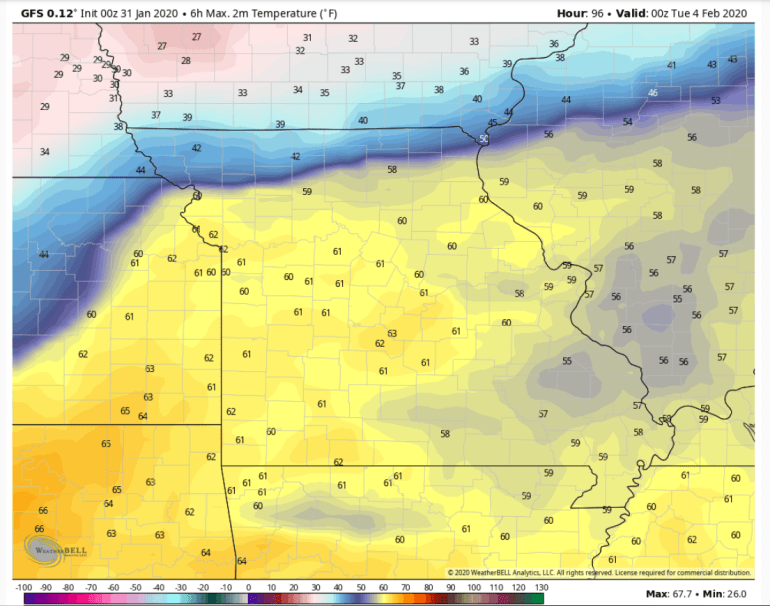 The EURO is cooler for areas north if I-70 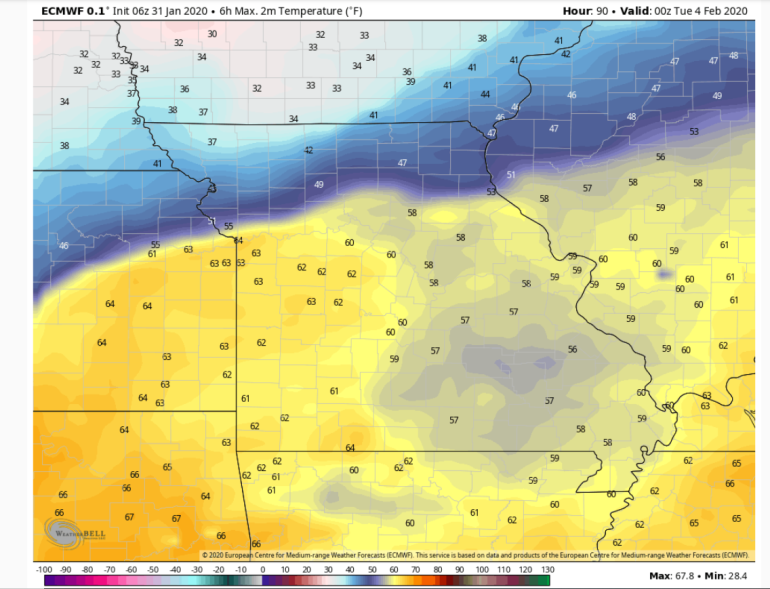 See the difference on the north side of the Metro.

The new NAM data this morning is even colder… 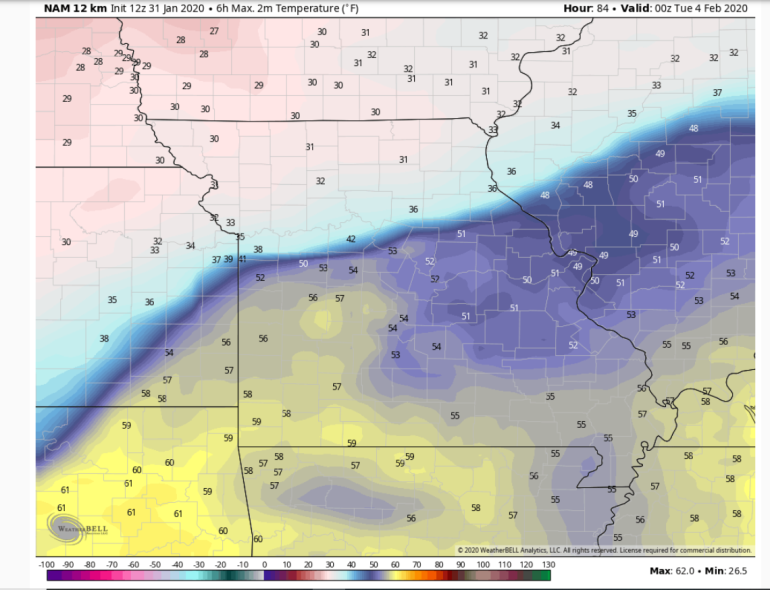 I can see a path for chillier air Monday…because of the snow pack across northern MO helping to reinforce the chill coming southbound.

But we’re talking a change in the front of about 2-3 counties…so that can’t really be deciphered well right now…the colder air though is a real thing and once we get into it we’ll be in it for a few days.

Where the transition is happening…mist and drizzle will be common to the north of the front itself I think.

Then on Tuesday the potential of wintry weather will be there. Model data has been sort of all over the place but at least for awhile on Tuesday I’m not sure we’re in a favorable set-up for all snow. Especially from I-35 and south and east. Some sort of wintry mix/glaze I think is on the table. Needs to be watched.

Then perhaps it all ends as some light snow…perhaps more accumulating snow out of all this across northern MO. 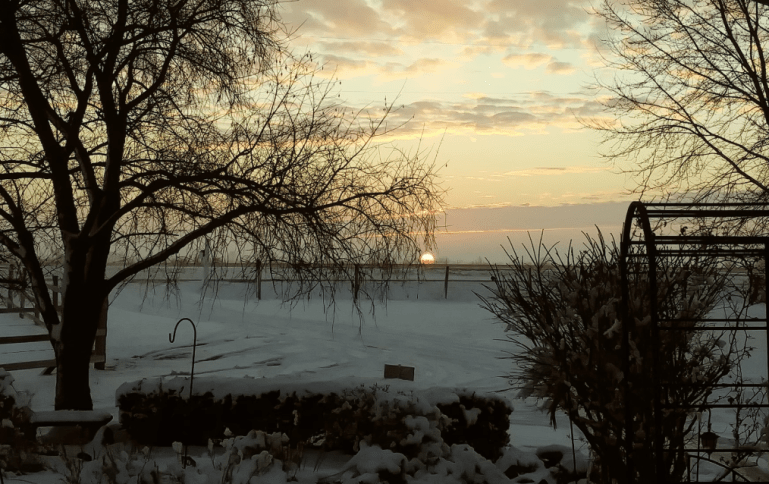 It's been a while since we've been able to see a comet in the skies without a telescope, but NEOWISE has provided some nice visuals over the last few days.  The problem is, if you're like me, you haven't been able/wanted to get up at 3-4 AM to see it. That will change for a few days this week as it's going to be visible at night! For a video…

I titled this article "Take 2" because a lot of you probably woke up and didn't see any rain and got mad at us. That's fine, we get it. The underlying reason a lot of you are upset is the lack of rain we've had recently. I'll try to explain briefly below, but you can watch my short video forecast for an explanation as well. The complex of thunderstorms that…