Good Saturday to you…the weekend looks pretty typical for the KC region with temperatures near 90° and dew points around 70°. That is overall rather seasonable for this area. Our weather is likely to remain uneventful for days on end. The only forecast issue is the progress of Barry which is towards southern LA to start the weekend. In time though it will come up through LA into AR…then curl through MO. The issue is do we get to see some cooling from clouds/less hot air being brought up from the south. If yes…then maybe we get a few degrees drop off MON or TUE…if not…we keep getting hotter.

Today: Mostly sunny and hot with highs near 90°

Tonight: Clear and seasonable with lows near 70°

Sunday: Mostly sunny and hot with highs near 90°

Monday: Partly cloudy and seasonable with highs in the upper 80s. There may be a few showers/storms towards the SE of the Metro

It’s been a fun week of talking about the weather on the air. Between the weirdness of Barry and it’s life cycle…remember this started out as clusters of thunderstorms in the Plains on July 3rd and then became a full fledged disturbance on the 4th on top of the KC region…

I called it the Zombie storm because it came back from the dead as it moved off the coast of the SE part of the country. It was fun to talk about though…

Then we got into the whole New Orleans thing…and why they’re so vulnerable to flooding because of the high Mississippi River levels (which now won’t go any higher so they’re good from River flooding at least)…it was a fun week to talk about the weather in other places on the air locally at least.

The worst of the rain today has been towards Mobile, AL>Gulfport, MS

Later today the worst of the rain will be more towards south-central LA. Here is a look at the HRRR model showing the amount of rain forecast through 2AM Sunday… 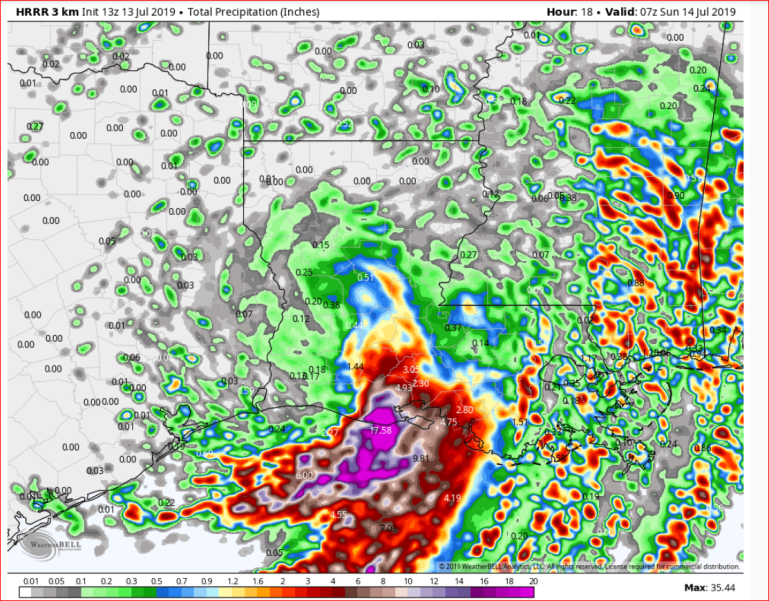 Winds with Barry have gusted to 80 MPH off shore at some of the oil rig locations…but these reports typically come from instruments more towards the top of the rigs some 20+ stories above the ground so they aren’t true surface winds (there can be a difference)…but regardless there are still some strong winds with Barry.

It by no means is a classic looking hurricane this morning.

#Barry becomes a hurricane on July 13th, nearly a month ahead of the average 1st Atlantic hurricane (August 10th). pic.twitter.com/7uzktiP89C

So Barry will in time make it’s way into MO early next week…it remains to be seen IF we can get some of the cooler air in the atmosphere connected to Barry far enough into our area to drop the highs a few degrees. It is possible though for Monday and maybe Tuesday.

While this happens…some serious heat will be building to our west…and this heat will come into the region starting Wednesday…and it’s going to get hot and fast. Data today shows temperatures a few thousand feet above us close to 90° for the middle and end of the week into the next weekend. This would support highs well into the 90s with maybe some areas nudging 100°.

The green terrain will play some role in keeping us in the 90s…but we’re going to be percolating I think…and I’m not sure when it will 1) cool down again and 2) see widespread rain again. 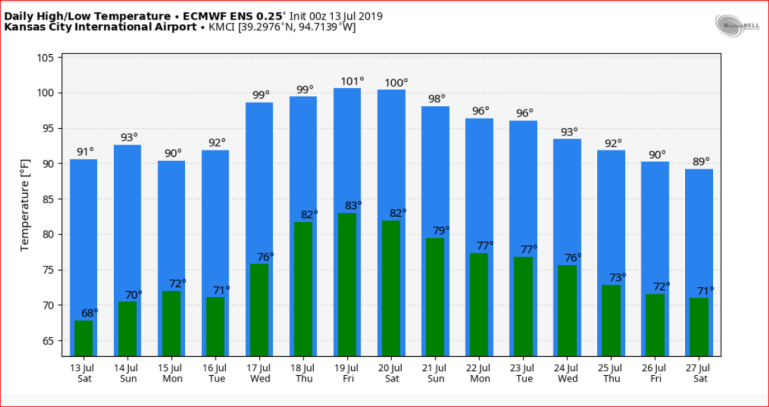 Again maybe 100°+ is a push (maybe not for some areas though)…but you see the reason why I think we may see a somewhat prolonged period of heat locally. 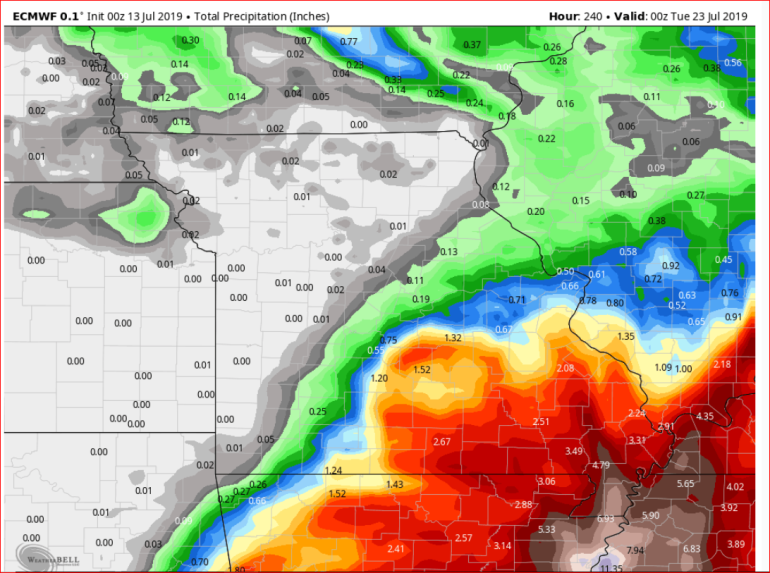 That look is not good for the farmers with the delayed crops needing some rain.

FWIW…the GFS tries to do something towards the last week of the month.

Hot and dry though till then.

Our feature photo of the blog comes from ‎Tarah Wilson Kent‎  out in Bucyrus, KS. 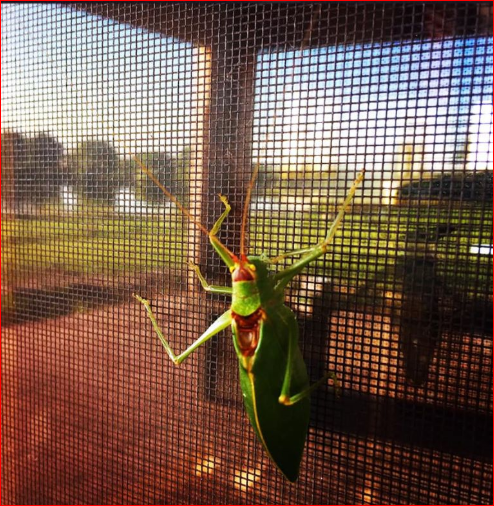 Patchy, dense fog will be possible in spots this morning. Otherwise, we will see mostly sunny skies into the afternoon with highs in the middle and upper 80s. Tomorrow evening, we track our next weather system. The latest on the timeline for the rain in the update here!

This year has been weird to say the least. And, this summer has followed in the same path as 2020. Typically, late July into the first week of August is supposed to be our hottest time of the calendar year. But, in 2020, just like in plenty of other ways, things haven't panned out the way they were supposed to.

So far this month, temperatures have been relatively cool, with no 90-degree highs out of KCI and 3 days of 70-degree weather from the 3rd through the 5th!