It’s parade day and it’s cold. That part of the forecast has been well predicted. Temperatures this morning are in the mid 20s and it will be a struggle to go up much at all today. There is some snow out there but radar is unimpressive as I type this for areas north and west of the I-35 corridor. We’ll see if things gradually fill in. I have flurries at my house this morning. More consistent snow is down towards areas towards the SE side of the Metro and then farther towards the US 50 corridor.

The colder weather will be persistent but the temperatures may moderate a bit quicker IF we don’t have snow on the ground.

Today: Cloudy with some light snow at times. Accumulations appear to be in the dusting range to maybe 1″ on the far SE side of KC.

Tonight: Cloudy with temperatures dropping into the teens

Friday: There may be some snow showers in the area Temperatures in the 30s

You can see the main thrust moving from the SW to the NE…and passing mostly south and east of the I-35 corridor. Amounts on the north side of the KC Metro area will be minor unless things rapidly change this morning.

Areas south and east of I-35 will see some more snow…but even there we’re looking at under 1″ I think based on the data this morning.

Areas farther to the SE of the Metro will see considerably more snow. Down towards Sedalia and Clinton amounts will exceed 3″ it appears and more down towards the Lakes.

There is an ongoing snowstorm down towards the I-44 corridor. From Oklahoma City to Tulsa and then up into MO.

The short range model data has been too aggressive this morning with the precip amounts.

I noticed last night on radar that despite the radar showing precip and snow all over the place there was nothing reaching the ground. This was confirmed by the various airport obs around the region still reporting cloud bases around 5 to 6000 feet up. This indicated that the dry air was chewing on the falling snowflakes and keeping them from reaching the ground.

That dry air is still in place to some degree. The morning balloon sounding showed this as well. The forcing for this system was never going to be that great…and certainly much better to the southeast of the Metro. So with weak forcing and dry air that is chewing on the falling snowflakes…it’s tough to get much at all this morning at least.

We’ll need to watch the radar trends and in case things fill back in as the morning moves along.

Reported snowfall as of 8:00 AM. If we're missing something in your area, let us know! #okwx #txwx pic.twitter.com/cWl3LG74Cb

The near 9AM obs are showing heavy snow now towards Clinton and Sedalia…so this will be a significant snowstorm that misses KC by about 75 miles or so. There is more of a mix issue going on towards the I-44 corridor.

There is another wave on Friday that is sort of strung out but may generate some snow across the region. Not a lot but perhaps a dusting+ wouldn’t be shocking.

We should moderate somewhat on Saturday then warm up nicely on Sunday with highs in the 50s possible.

That’s about it for today…

Our feature photo comes from Sandra Cox out in Leeton, MO 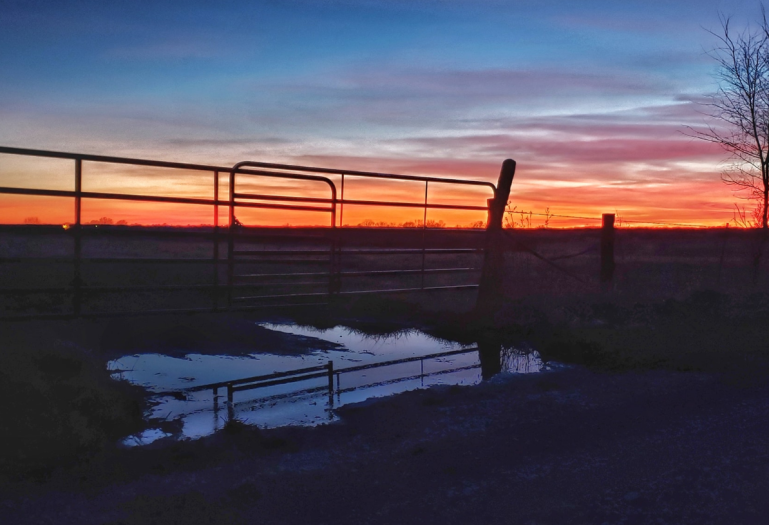