Good afternoon…a bit later of a blog today because I was able to get out this morning and play a quick round of golf….1st real round of the season and things are slowly greening up out there. There were some small(!) suggestions of green on the zoysia grass but not many at all which isn’t that unusual. Last night when I was coming home I saw about 10 deer along the side of the road…so they’re getting active again and it’s worth watching out for late at night and in the early daybreak hours as well.

We’re sort of in no mans land right now with regards to the weather and the rain chances. There were some expected sprinkles/light showers before daybreak this morning…and the afternoon is working out nicely as the winds are increasing and we’re seeing a mix of clouds and sunshine. The rain chances overall for later tonight and tomorrow AM but this will not be a big rain maker for us..and some may get very little.

Tonight: Scattered showers are possible later on…probably after the evening…mild with lows in the 40s to near 50°

Tomorrow: Better rain chances in the AM through about lunch…then somewhat drier in the afternoon with clouds. Highs well into the 50s

Friday: Nice with highs well into the 60s to near 70° with enough sunshine

So the rain chances are somewhat ambiguous…let’s watch later this evening and see IF a disturbance comes out of KS to create some scattered storms before 12AM.

Some of our short term models do show this potential…so let’s include NWS radar from Pleasant Hill.

and the regional radar as well…

There should be some stronger storms down towards the south of the region towards the OK area..and into the TX Panhandle…some big ones are possible down that way and the SPC has placed that area as an area of concern today. 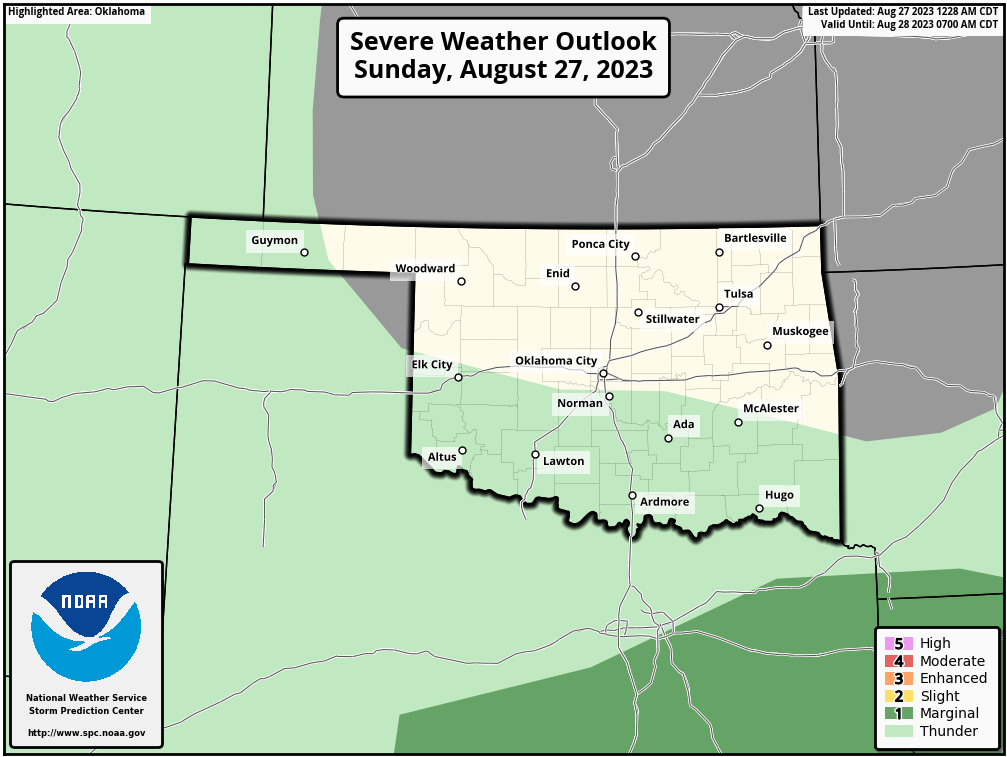 What develops down there won’t directly influence our weather but maybe indirectly. As storm organize later today down there they should move towards the ENE and it’s possible that a disturbance may get generated from those storms and that disturbance could help redevelop new activity closer to home that would impact the region tomorrow AM.

So there are a couple of things going on out there but nothing this afternoon to totally be confident about. This is an issue when trying to figure out the rain chances.

There are weekend questions for the next wave heading this way…a bit beefier of a rain is possible over the weekend. I’m still hopeful that we could get most of Saturday in OK before the better rain chances come our way towards the evening…but we’re sort of playing with fire on that thought right now. I’m concerned that any speed up of the rain could get it here towards about 3-6PM or so…so it’s worth paying attention too.

To be honest we’re sort of in the time of the year where the models will struggle a bit more. It seems to be happening a bit over the past 10 days I’ve noticed, especially with the NAM model and the too wet as usual GFS model. I do expect some rain over the weekend…the timing though is still a question mark but odds are increasing that this could be a late afternoon night thing more than a morning thing.

Our feature photo is from our very own John Holt…from the other night as the sun was setting. It disappeared behind a blanket of smoke from a bunch of prescribed rangeland burns that were happening in KS/OK. That smoke reached up towards KC just enough to obscure the setting sun. 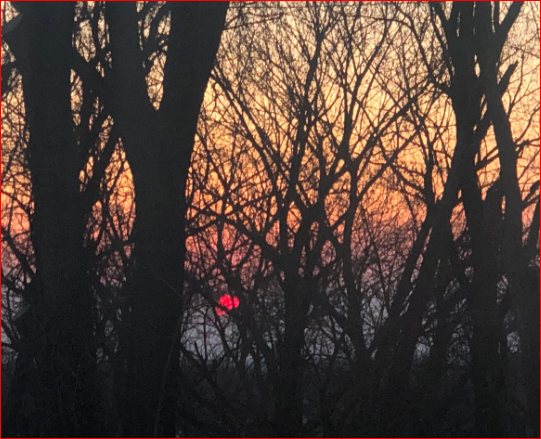