Things will be settling down in the region after what turned out to be a rather turbulent month of October…we went all over the place last month…we started with temperatures in the 85-90° with some 95° highs in parts of the area to start the month…then we saw a cool month overall…followed by the rare accumulating snows for the end of the month. 3 accumulating snows…which has only happened once before…back in 1898.

Tonight: Fair skies and chilly with lows in the 20s

Sunday: Nicer with highs in the mid-upper 50s

So this blog will be a shortie…too many long nights with sports this last couple of weeks…and I’ve VERY ready for the weekend. 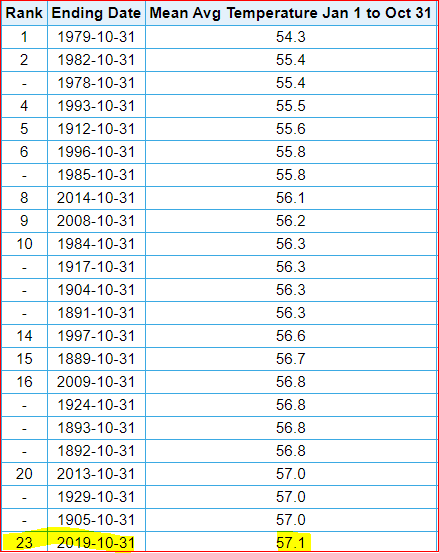 In terms of what we just experienced over the past week…from a snow standpoint…we had 3 accumulating snows. Monday (.3″)…Wednesday (.9″) and yesterday (.1″)…for the month…1.3″ 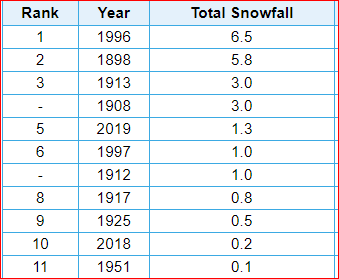 So October of 2019 was the 5th snowiest in KC weather history. 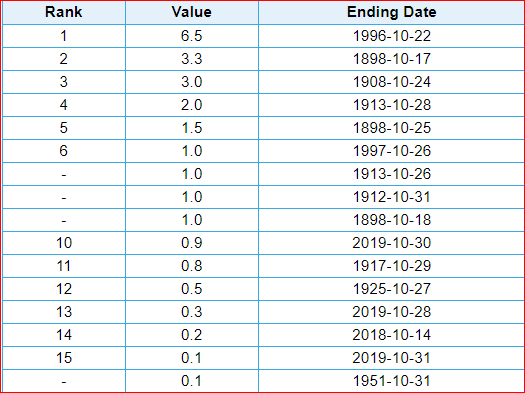 We’ll see what happens going into the rest of the fall and winter.

Last season things started on October 14th with our earliest accumulating snow…and ended in early March. This doesn’t include all the trace snows that KCI had…and there were a bunch. 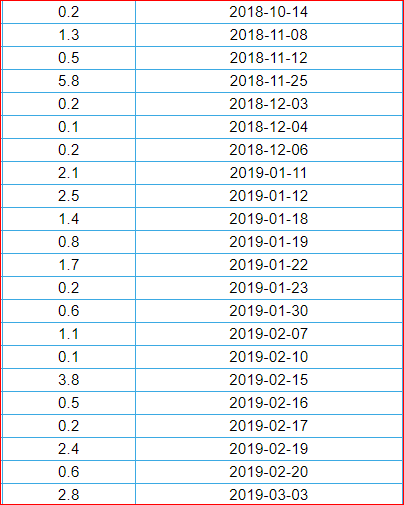 While the temperatures are going to be sort of going all over the place for awhile…the lack of real “storminess” is going to be the highlight of the next 5-10 days…a fast predominately NW flow of air will bring cold fronts through the Plains with occasional brief attempts of a warm-up between fronts. Depending on when the fronts come in…day or night it would influence highs and lows…so this will be a forecast period where the temperature forecasts may vary widely.

Finally…a LOT of severe weather yesterday, mainly in the form of winds…back east.

Almost 400 reports is a pretty big deal really for any time of the year. With that number of reports…and perhaps a few more added today after the fact…yesterday turned into the 4th most active severe weather day in KC weather history. 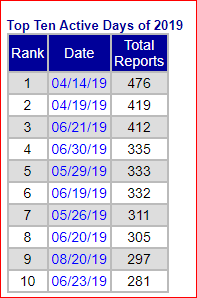 OK that’s it…no blogs over the weekend…time to recharge and get back into a more normal routine after 2 weeks of very late night newscasts and getting to bed no earlier 1:30 AM each night. 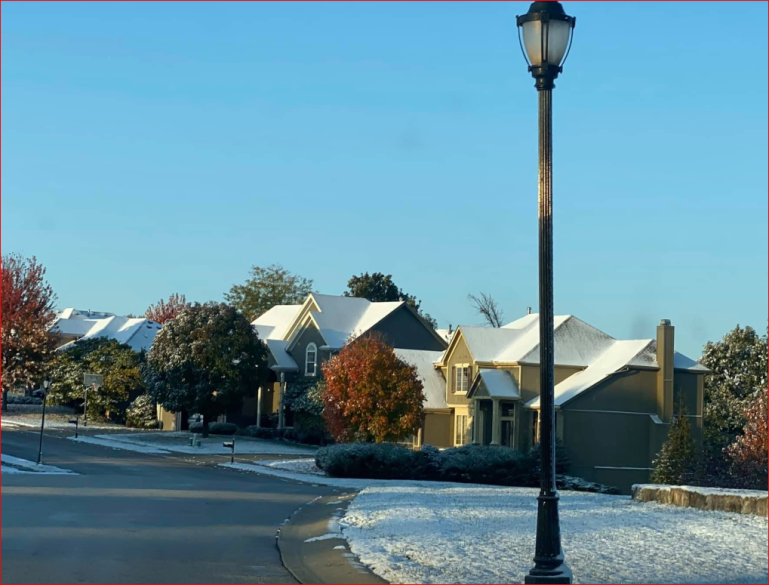