Hope you had a nice weekend…the rain worked out yesterday about as expected, for some though it did linger for a few extra hours and the clouds were a nice break as well for most of the early afternoon. We still hit 87° and after a high of 92° on Saturday…today should be hotter but it’s going to take awhile to get there I think.

There are also a few showers out there early this morning as well. Overall though a one day shot of hot and humid weather is on tap with a Heat Advisory in effect from KC southwards.

The rain yesterday wasn’t much for the Metro at least. KCI only had about 1/10″ or so…there were some higher totals though off towards the northeast. Then last night there were some good storms across northern MO…with 1-2+” of rain near and north of 36 highway.

Tonight: A few showers/storms possible…rain chance around 20%. Still warm though with lows near 70°. The higher risk of storms may be more towards the south of the Paola>Harrisonville area

Tuesday: It should not be as hot…with highs 85-90° and lower dew points so less of a muggy day

Wednesday: Nice overall with highs in the mid 80s

I probably should rename the blog…a hot day and a potentially dry week. There will be other opportunities for rain in the KC area later this week before more heat tries to build into the area for the next weekend.

More on those chances on Wednesday.

Today will be a toasty one as a warm front to the south edges northwards as the day moves along. There is a lot of debris high clouds out there this morning that need to fade away.

This should happen as the morning unfolds.

Temperatures above the surface were forecast to be in the mid to upper 80s this morning (in the last blog on Saturday) but as reality shows…they’re not as hot. So that means it may be a struggle to get to 95° this afternoon. 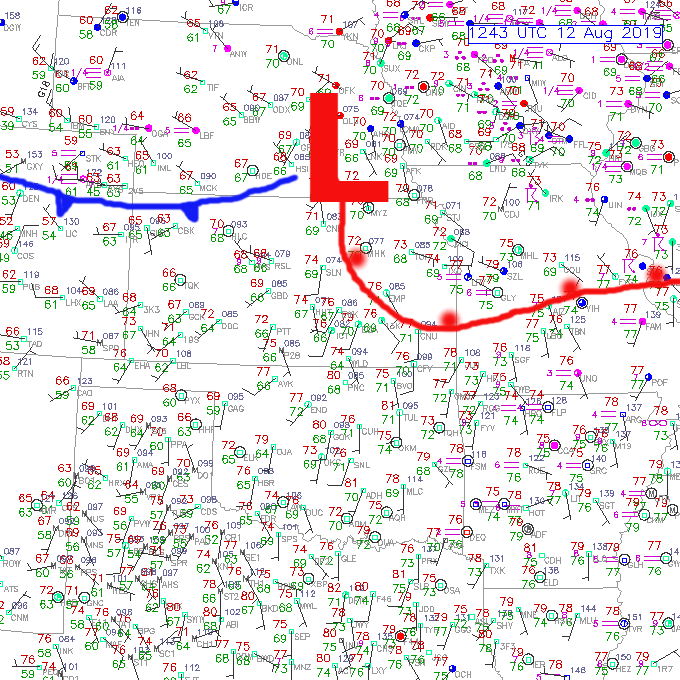 The air south of the warm front is ready to get hot…and get hot fast!

Here is what happened yesterday… 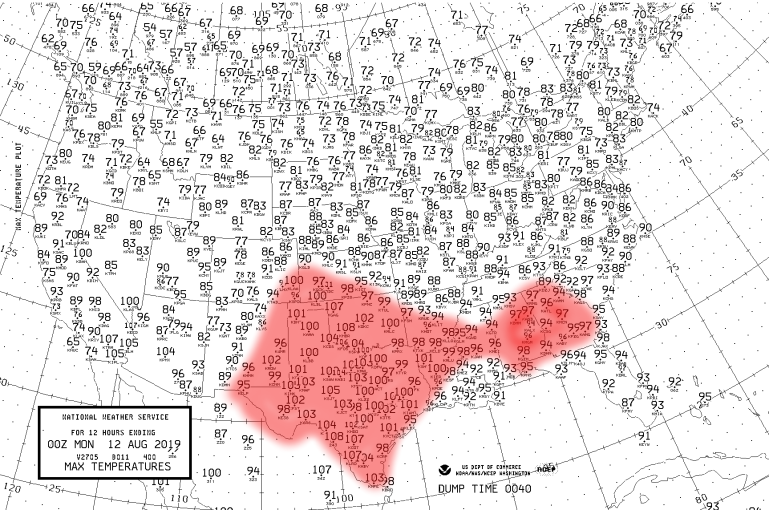 I shaded in some relevant 95°+ highs…

Again all that heat is sitting there and we’re going to get into the northern edge of it later today I think.

Then tonight a weak wind shift will move across the region. Usually there should be storms with that (maybe even some strong storms) and that still is possible however the concern is that there may still be a cap in play above 5,000 feet keeping the clouds from having the ability of getting really vertical. It’s something that will be watched later today because IF that cap isn’t as strong or prevalent…or there are a few weaknesses in it…some storms can pop.

The data this morning shows maybe the better chance of this happening is more towards the south of US 50…and that area is under a “marginal” severe weather risk.

By the way…tangent…saw this yesterday and thought it was fascinating…since we’re talking about storms and all…look where thunderstorms occurred over the weekend…near the North Pole…amazing.

A number of lightning strikes were recorded Saturday evening (Aug. 10th) within 300 miles of the North Pole. The lightning strikes occurred near 85°N and 126°E. This lightning was detected by Vaisala's GLD lightning detection network. #akwx pic.twitter.com/6jdxeMPBdH

Anyway…the risk of storms tonight and early tomorrow is there…especially south of the KC Metro area.

Not much is expected over the next few days…aside from a break in the hotter weather and the higher humidity.

Later this week the heat will try to come back as we head towards the weekend…this transition to hotter weather again could mean additional storm chances developing…perhaps on Thursday and Friday. We’ll need it because while some of you have done pretty well for rain and moisture…many areas are sort of lacking…not unusual for the summer months. Take a look at the past 10 days of estimated rains. 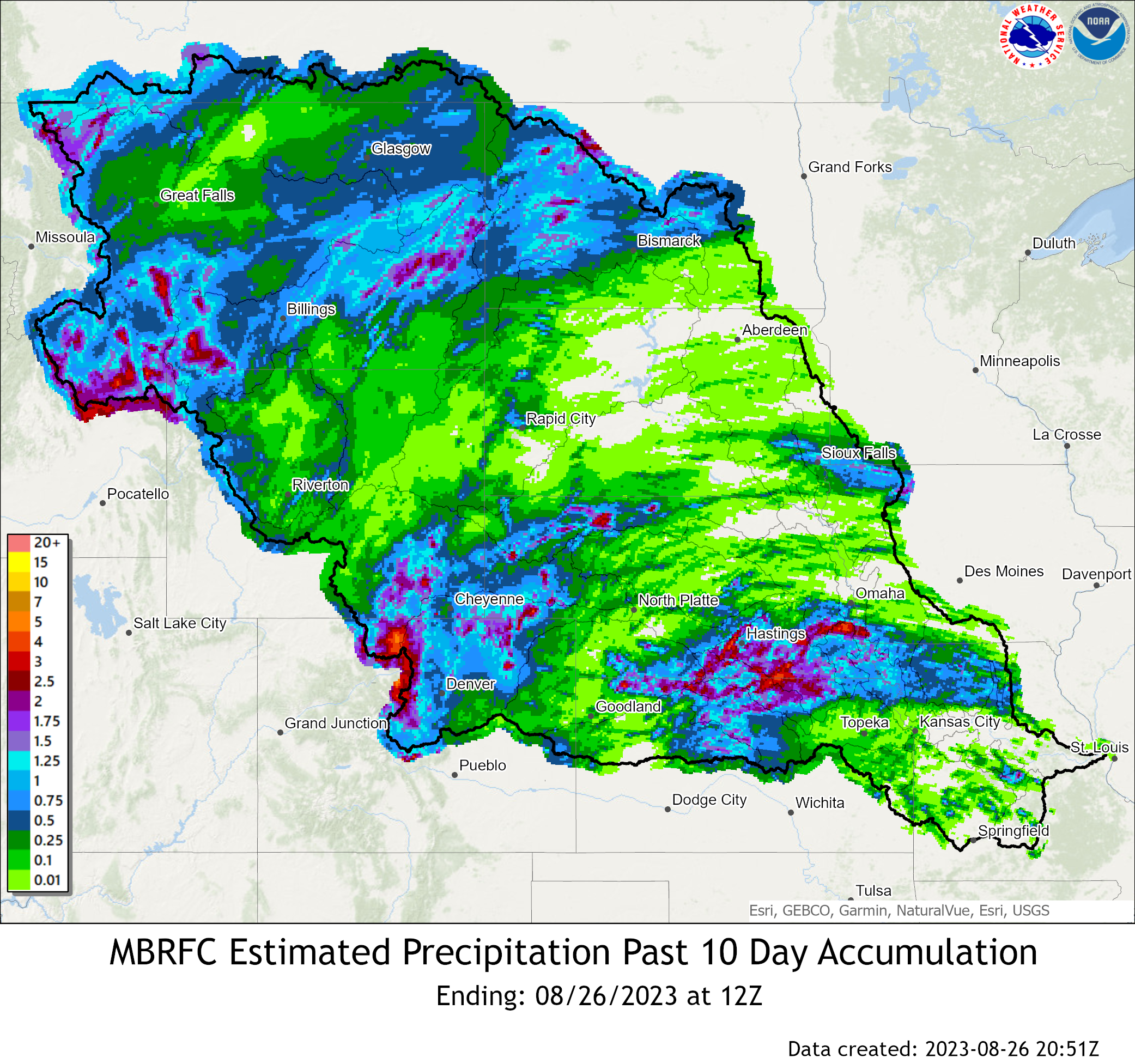 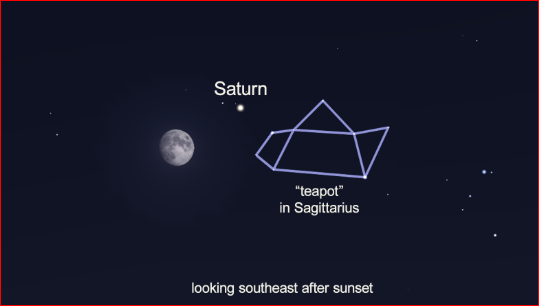 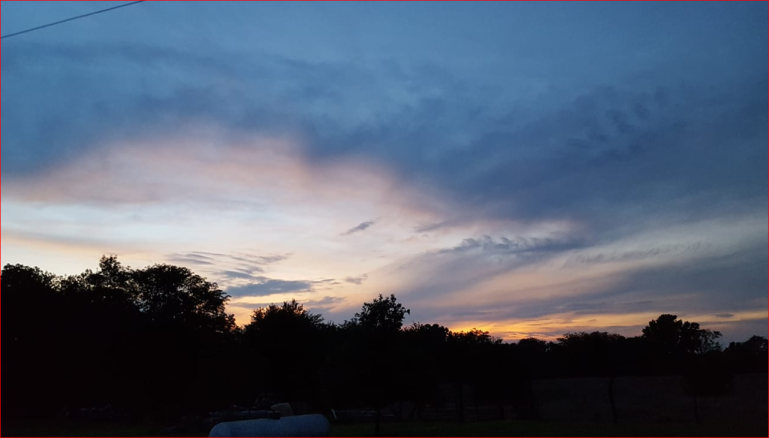