Interesting weather shaping up for the region over the next 36+ hours as a cold front and an upper level storm will both contribute to rain chances. Some areas will see flooding rains…perhaps well over 3″…other areas may see some severe weather…and some may not get much at all tonight…while tomorrow afternoon presents it’s own set of severe weather challenges…as whatever front passes by tonight…stalls and retreats northwards tomorrow…a lot of that aspect to things will be determined by what happens tonight.

Oh and summer heat comes back today…leaves tomorrow…and comes back from Sunday>Tuesday before getting shoved south sometime Wednesday…but well see how far south it ends up going.

Today: Windy and warm with gusts to 35 MPH likely. There may be a few showers this morning…but the stronger storms will hold off till this evening…timing appears to be after 6-7PM or so. Those storms may be strong to severe with locally heavy rains and perhaps some wind/hail. It should transition to a heavy rain threat overnight for parts of the area, especially from the Metro northwards. Highs 85-90°

Tonight: Storms, with some locally heavy rains…lows down to about 60°

Tomorrow: Actually after some morning showers/drizzle…things will lull for awhile. Highs in the 70-75° range. Later tomorrow afternoon new storms MAY form, depending on the position of a returning warm front. IF we get unstable/warmer…it will need to be watched for the potential of some severe weather as well.

Sunday: We shift back into a warm and windy air mass with higher than typical dew points. Highs in the mid 80s

So a lot to unpack here…

Item #1 is a cold front…not overly strong really but temperatures do drop into the mid to upper 40s in the western Plains this morning. That front will come our way and slow down later today. 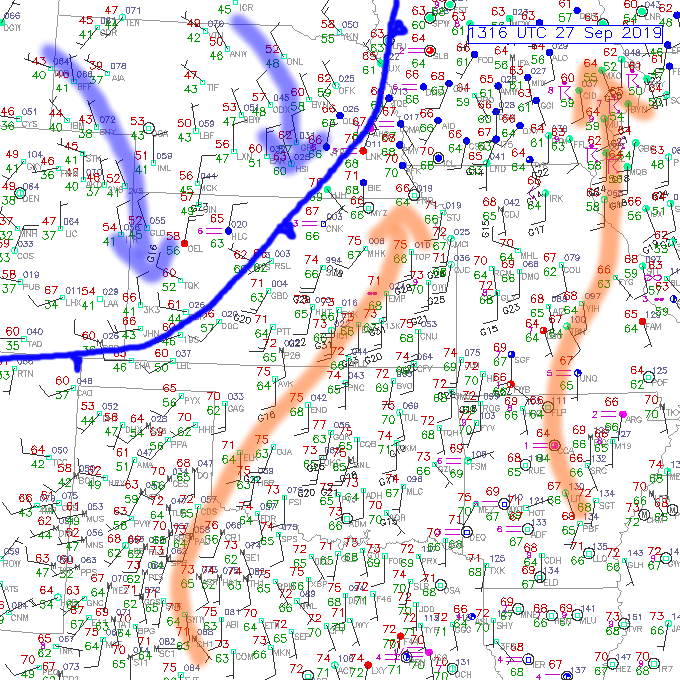 Ahead of it strong SW winds will gust to around 35 MPH…that heats us up into the mid 80s+ with dew points approaching 70°. A lot of instability will build. These SW winds go upwards in the atmosphere as well…and that brings in “warmer” air aloft too…and that is referred to as the “cap” that we often talk about…and it will be with us through 5-6PM or so. This cap should keep us dry (mostly) through that time frame.

As the front comes into the I-35 corridor region though…there should be enough instability ahead of the front to allow clouds to bubble up and pop through the cap…then rapidly develop into thunderstorms. Would I be shocked IF the cap was a deterrent for longer…no…but it’s not the strongest of caps…so it should break.

That leads to rapid storm development between roughly 6-10PM…storms that will move towards the NE at 35 MPH or so. The issue is that within 30 minutes of forming they may start producing some hail and strong gusty winds…that while they will be moving towards the NE…the slow moving front will be sagging to the SE…and that could allow training storms to develop for several hours meaning locally heavy rains possible in some areas…especially from the Metro northwards.

1-3″ is very doable in a few hours time with this scenario.

Here is the HRRR model. This is referred to as a CAM model…it updates every hour or so and CAM stands for Convective Allowing Model. So it likes creating storms which is handy sometimes and a bad thing sometimes…I think tonight it will be handy.

I think evening rush hour will be OK…and perhaps, though we might be threading a needle a bit…some of the HS Football games will start OK, especially for areas farther S/SE of KC (and perhaps finish OK for areas SE of KC). In the Metro we should have storms going pretty good no later than 8-9PM or so…I think the window for severe weather is roughly from 7-10PM before we lose the better surface instability at least. Of note as well is that areas on the southside and farther south may not see a drop of rain tonight depending on how far south the cold front moves…

This may change but the morning HRRR gives this depiction of rain amounts through lunch tomorrow. 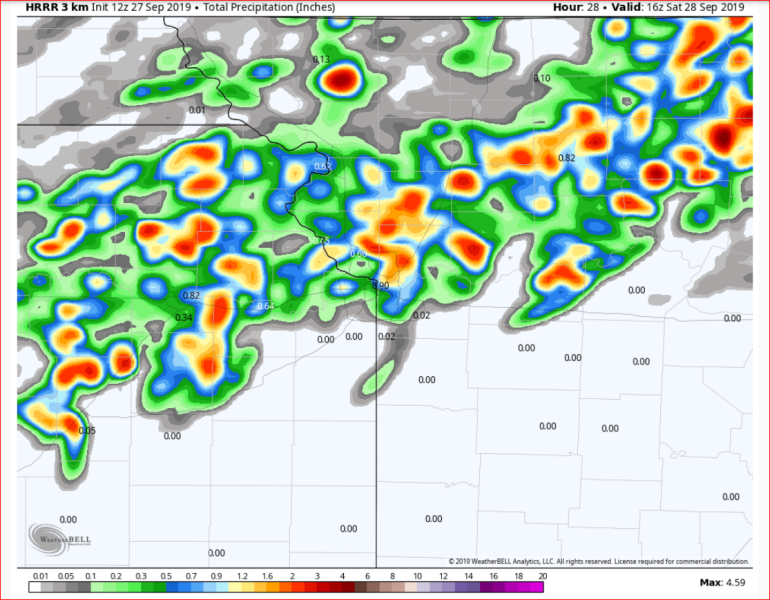 I’m not so concerned with precise amounts but I’m more interested in how there is such a strong cut-off towards 435 on the southside of the Metro…again it depends on how much rain cooled air gets pushed south…the more generated by the storms on the northside…the better chances of rain on the southside and southwards overnight.

Here is the latest severe weather risk via the SPC…

How these storms come together tonight will determine how far south they push the slow moving cold front. They could push the front towards the Lakes area…or perhaps not as far south. That’s important because of the 2nd item of concern. An upper level storm that will be ejecting out from the SW part of the country.

That will come into the Plains tomorrow and if nothing else…create more storms/rain in the PM hours into tomorrow evening.

Now a retreating warm front coming back from the south and a disturbance coming up from the SW could set the stage for more storms/severe storms depending on the instability that we build up in the rain cooled air mass tomorrow. IF we get sunshine and warmer temperatures…there could be more strong storms. 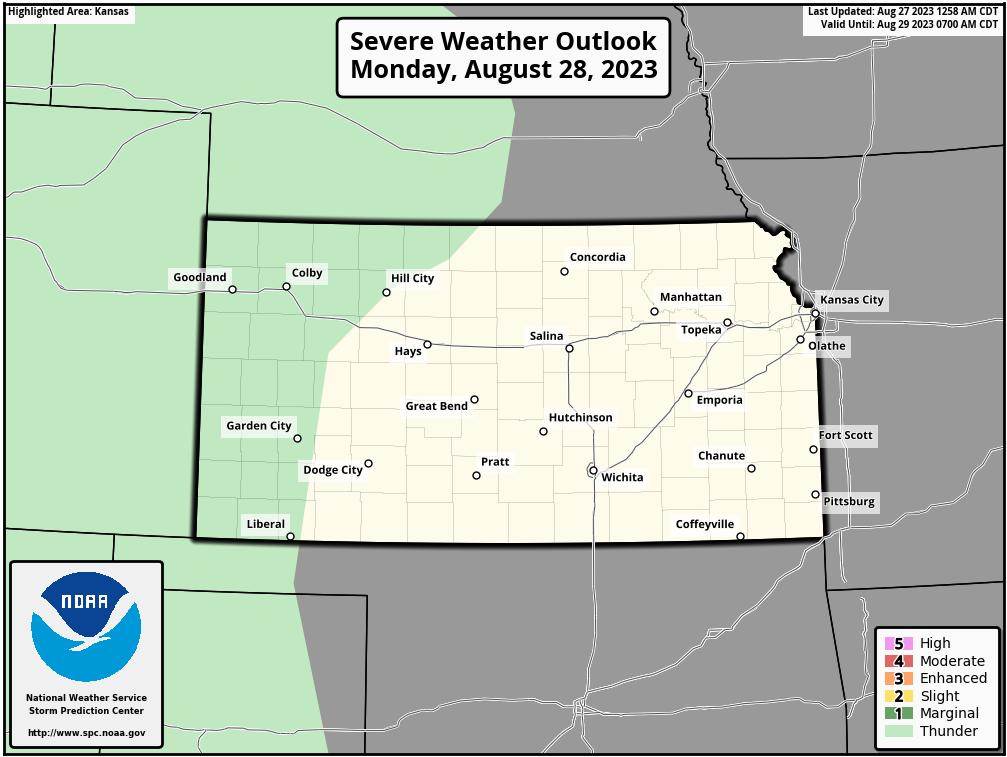 I talked about this risk last night…and today SPC noticed it as well.

A few other things as well..written about over the past couple of days. A historic SNOW storm will occur over the weekend (for so early in the fall) in the northern Rockies and Montana in particular. Yes that’s 40-50″ as a forecast in western MT!

Here is the forecast snowfall from early this morning to Monday evening. Get more info at https://t.co/5kv9gqw8qu. #mtwx pic.twitter.com/FVPyCE0qZy

Meanwhile in the eastern Atlantic…something unusual…Lorenzo. Unusual because in reliable data going back through the 60s…there has never been a stronger hurricane…category 4 (145 MPH) than Lorenzo so far east in the Atlantic Basin. That is noteworthy and thankfully the storm will start to weaken and stay out to sea for awhile and NOT threaten the USA.

Hurricane #Lorenzo is now a large category 4 hurricane in the eastern Atlantic.

It is in very rare territory – only one Atlantic hurricane has reached category 4 strength further east: Julia 2010.

On the forecast track as a cat-4, Lorenzo will be moving into record territory. pic.twitter.com/B7mCwg2CUx

Back in 2010…Julia was farther east but I don’t believe as strong (but very close).

The #heatwave in the east will be insane this week. 150+ record highs possible. 200+ record warm morning temps. And a blizzard in the Northern Rockies this weekend. Strong dipole pattern causing fall fury. pic.twitter.com/1O2MUEsYCf

You can see the contrast between the heat and the chill from the SE part of the country…experiencing a “flash” drought right now…and the northern Plains and northern Rockies.

We’ll dabble in the cooler air sometime from Thursday>Friday.

Our feature photo is from Tedd Scofield…here’s what he had to say. he called it “molten afterglow” and took it a couple of days ago. 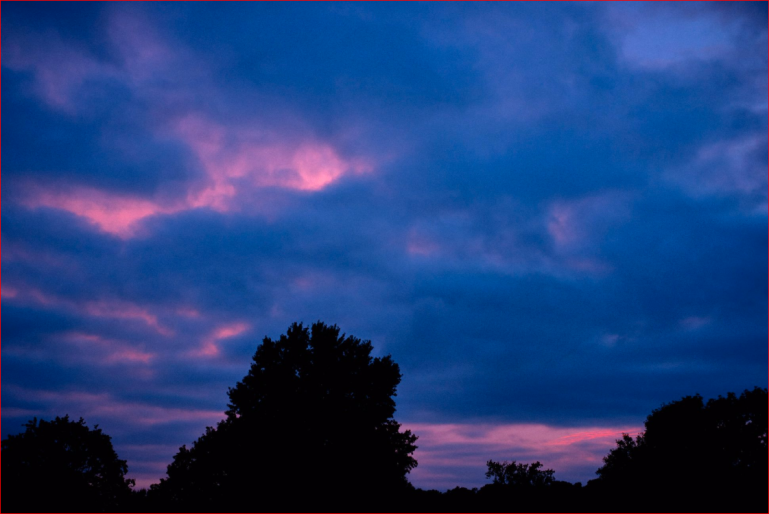