Last night, when looking at the new data that was flowing in…I was struggling to figure out how the storm was going to overproduce snow locally. The “weirdness” of a late October system…the air temperatures at the surface and where the better snowflakes would be forming above us and the timing all lead to to thinking that while some snow was likely…and in October that is still a very big deal…that this wouldn’t be a massive storm…

So far that looks to be holding on…I expect some snow…and it may come down pretty good for awhile…and some accumulations…but IF you’re worried about power outages etc…I think you’ll be fine around the KC area tonight.

The other issue is the cold coming into the area…mid 20s or so for tomorrow AM…but overall after today the weather looks good through the weekend.

Today: Cloudy skies with a variety of light precip around through lunch…no big deal. Then during the afternoon we should see snow develop and move through. There may be a period of some moderate snow out there…we’ll see how much can accumulate in the daytime with the higher October suns angle. I don’t think it will be a lot but lets monitor the evening rush situation just in case. Temperatures will remain steady all day.

Tonight: Snow ends before 12AM…then clearing out towards daybreak. Overall a dusting to 2″ seems like a reasonable forecast at this point. Lows in the 25-30° range. A freeze warning is in effect. About the only issue for tomorrow would be IF there are any slick spots developing with the colder air coming into the area and the remnant snow on the ground.

Tomorrow: Nice day but cold with highs in near 40°

Friday: Breezy and cool with highs well into the 40s

Well clearly those model forecasts of a lot of snow are going to bust badly. That doesn’t surprise me at all.

I was expecting very little issue this morning for KC…and that is what’s happening. There may be an isolated slick area out there somewhere towards the southeast of the Metro…but KC is fine and will remain so for a good part of the day.

The storm itself is sort of messy today…it will try to reorganize as it comes through the area…but to get a bigger snow locally will be tough with this set-up.

The system itself has created a mess out in the western Plains and Rockies…but as it comes east it’s just not doing as well and you can see that in the radar returns and the water vapor loop below (via Rutgers)…it just doesn’t look so great this morning from a satellite perspective.

Sort of “meh” for the morning via radar as well…

As of this writing there is still some dry air too for this to overcome locally…onle of the reasons why the precip last night struggled to get too far north of KC.

There should be some added lift to the atmosphere later today as the system comes towards us…and while it will be going through a reorganizing phase tonight…that lift should still promote some better snow areas to develop and expand towards the State Line.

So the snow part of this should still come together this afternoon and spread eastbound but for all the reasons mentioned this week…October sun angle…ground temperatures…road temperatures…air temperatures and several other factors…accumulations may wait a bit till after sunset. The problem with that is this should be on the wind down process towards 10PM or so…so the time to get accumulating snows are short really.

Hence the reduction of sorts in the totals…again as I talked about in the blog and on the air…the key to the snow forecast yesterday was the timing of the accums. After sunset and amounts were going to be on the lower end of the spectrum.

As I showed though yesterday…at this point the GFS and at times the others did miserable with this event. 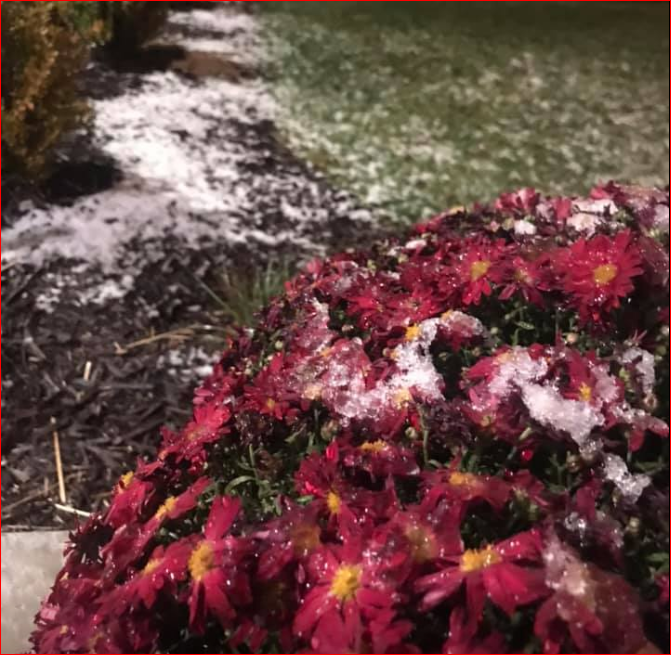