Summer heat will take a brief respite for about 36 hours or so when a cold front comes through the area later this afternoon. That front will usher in cooler and drier air into the region through Saturday morning. Cooler temperatures…50s are likely tomorrow morning and near 60° lows are expected on Saturday…will be followed by more heat and building humidity for Sunday into the middle of next week again. So the A/C’s are going to get more work this month.

When the front comes through later today…storms are likely to develop towards the NW of KC this afternoon and spread into the region before evening. Some of the storms may be severe with strong wind gusts and perhaps some hail being the main issues it appears.

Today: Mostly sunny skies with increasing clouds as the morning goes along. Hot and humid with highs near 86°. Storm risks go up after 12PM or so for the KC area…earlier NW of the Metro.

Tonight: Brief rains ending by 9PM or so in the Metro…later towards the SE of KC. Clearing out and cooler with lows in the upper 50s by daybreak.

Friday: Great day with highs near 80°

Saturday: Sunny with morning lows in the 60° range and afternoon highs in the mid 80s

A cold front is item #1 for discussion…

At 7AM this front was towards the west of KC… 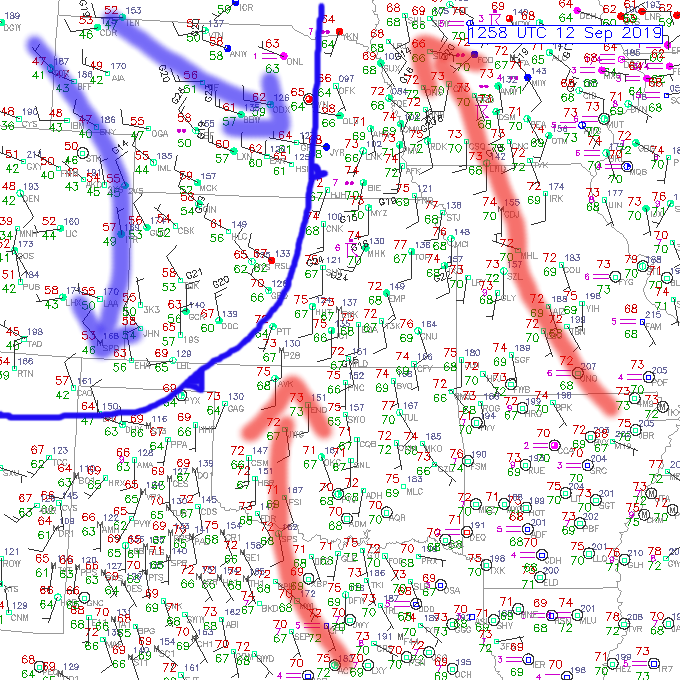 Ahead of the front warm and somewhat moist air is flowing northbound. Dew points are in the upper 60s. There will be building instability as the heat builds this afternoon.

As the front cuts into that instability storms will grow more widespread.

A severe weather risk is there for areas after 3PM…

I don’t think this will be a widespread outbreak of big storms…BUT there may some some storms that have some near 60 MPH winds and some hail with them. That would be the main threats of severe weather. Things should be moving along so while some areas may see over 1″ of rain…others might not get nearly that much.

Here is a look at local radar…

Here is a look at the latest HRRR that should auto-update for you.

This is actually going to be a nice September storm system across the northern Plains…sort of a reminder that yup…seasons are starting to transition now. 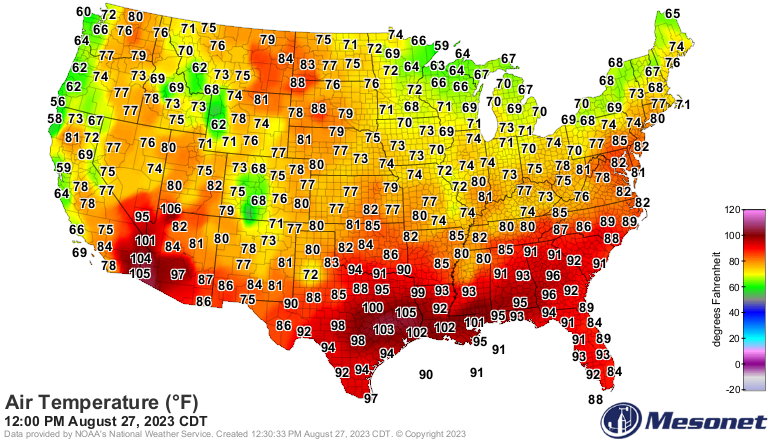 Note as well the colder air spilling through the Rockies…there’s been snow falling in the northern Rockies lately.

Don’t worry we still have more summer to go in the Plains next week…although there are some signs a stronger cold front will move into the area later next week so IF you don’t get much rain today…better chances return next Thursday.

I can’t rule out a few spotty showers over the weekend…especially north of KC.

Next on the agenda are the tropics…there is a disturbance off the Bahamas that is trying to become more organized.

That will need to be watched…because there is growing evidence this will strengthen over the next few days and may become Tropical Storm Humberto and threaten not only the Bahamas but also the eastern coast of Florida. 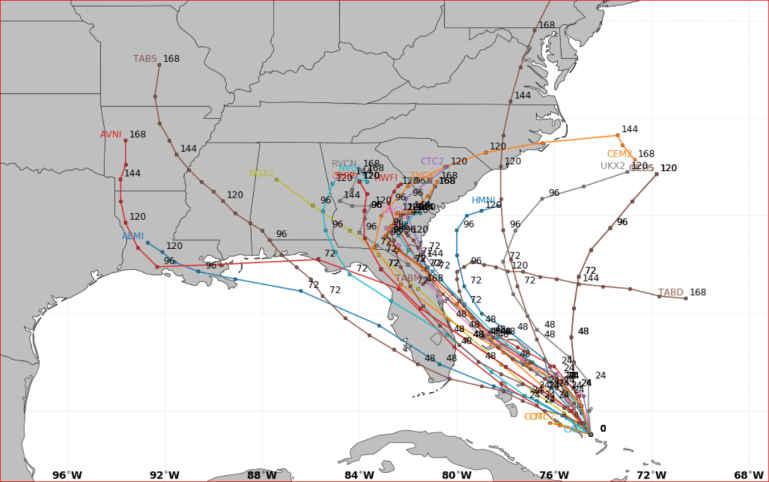 Most of the runs take this into NE FL later in the weekend…some take it into the Gulf of Mexico while some keep it offshore the whole time.

Parts of the SE would actually welcome some needed moisture from this…as there are some areas of localized drought down there.

OK that’s it for the day…I’m taking a long weekend so follow the latest weather situation with Garry and Karli. I’ll see you again on Monday. No blogs till then.

Our feature photo comes from Christi Fox-Tackett‎ up in Cameron, MO