New month…same weather and data continues to indicate that this month will be a wet one in the area. April ended up about 1/2″ above average for the month thanks to the last few days and this month will likely be wet too. We average 5 1/4″ and I wouldn’t be surprised if some end up with well over that this month. I have more rain in the forecast for tonight…Friday and potentially we’re looking at more storms next week as well. Things are saturated out there now…we should dry out a bit but not a lot in between rounds of storms/rain.

The other thing…that rainbow last evening…or the double rainbow. More on that in the discussion.

Today: Cloudy with steady temperatures around 60°

Tonight: Developing rain and some storms. Not as heavy as yesterday but adding more to the saturation out there. Lows near 50°

Thursday: Morning light showers/drizzle ending (hopefully for School Day-it will be VERY close) then lots of clouds and cool with highs 60-65°

Friday: Another chance of rain with highs in the 60s

So you’re tired of the rain and I’m tired of talking about the rain…so let’s start this blog with something that many witnessed last evening…and that was the stunning sunset and rainbow(s).

Rainbows around here aren’t that unusual. It seemed though last night’s was on steroids. It did seem rather unique and one of the reasons why was that it all occurred minutes before sunset. The heaviest rains were shifting towards the east of KC…yet there was still some mist/drizzle and evaporating rain coming down (virga) all as the sun was setting out west. The defined back edge of the high clouds that glowed yellow/red/orange and a few other colors actually were back towards central Kansas near Salina…so the setting sun in the western sky was illuminating the clouds from below as the sun was going down.

As all of that was unfolding (actually just before hand) my social media feeds started to blow up with vivid and distinct rainbow images.

You get the point!

So then the station asked me to explain how a rainbow forms. This was all happening in the course of less than 30 minutes and one of the things about explaining rainbows…is it’s not an easy explanation. There is a LOT that happens to get a rainbow and I knew I would have to rush through things to explain it all…and probably not do the greatest job. So I wanted to take a moment of time and do something a bit better here on the blog.

The reason why we get rainbows…is a combination of several factors…reflection…refraction…and dispersion. Now you know why I didn’t want to delve deeply into this on TV…reflection is pretty easy…but using terms such as refraction and dispersion on TV and people’s eyes start to glaze over quickly. So I sort of glossed over that :).

With me so far? In a sense the raindrop acts as a prism.

So the white light from the sun is bent and changes direction in a drop of rain. Then the light hits the back of the raindrop where it is reflected back to another side of the raindrop where it is refracted (oh my). As this occurs the light goes through dispersion. It’s this dispersion that breaks the white light into other colors of the spectrum. Here is a graphic via the physicsclassroom.com

How many remember from physics…ROYGBIV?

ROYGBIV stands for Red-Orange-Yellow-Green-Blue-Indigo-Violet. Some of the primary colors of the spectrum of light.

All these colors are being reflected and refracted by the act of dispersion.

So there is a LOT happening in a raindrop to get those spectacular rainbows…regardless all rainbows have this in common. Bright sunlight, suspended droplets of water and the proper angle of sighting are the three necessary components to getting some cool looking rainbows.

The whole process can be a bit confusing I know…and you can see why I was a bit hesitant to get too deeply into it on the air…because it just took me about 45 minutes to write this up…and I had less than 30 seconds, after showing the great pictures sent in, to explain things.

I even glossed over a few things in the blog today for brevity. Anyway it was an amazing sight.

Here are 40 other facts about rainbows!

Tonight more rain is likely. I’m not worried about severe weather…that will be down towards TX. 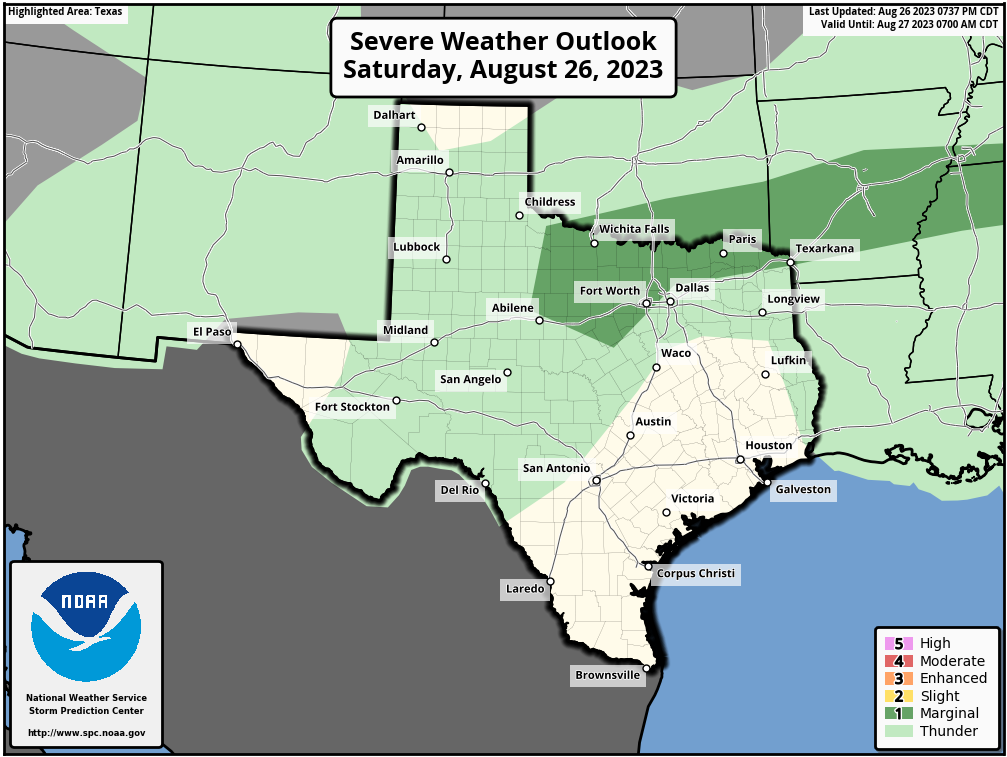 Yesterday there were almost 30 reports of tornadoes which will be filtered out to about 20 tornadoes in the end. 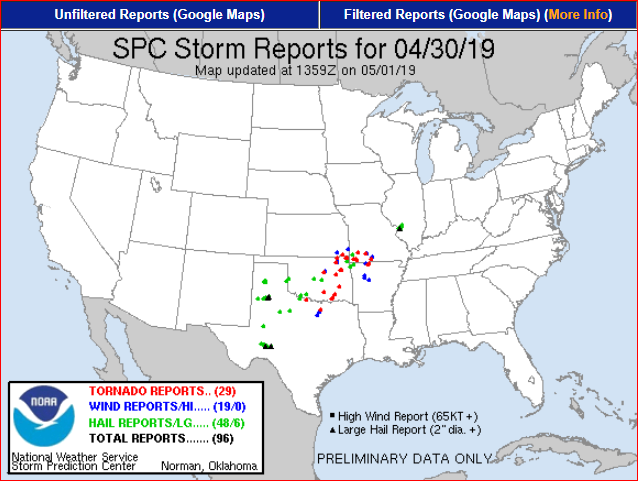 Southern MO got into it too…and shows what happens when there is more instability. Good thing we didn’t warm up yesterday.

🌪 One of the 29 tornadoes reported in the Southern Plains. 7 of those touched down in Missouri alone. FOX4 viewer Sandra Wade sent this video from Thornfield, Missouri.@MBogowith @KarliRitter @GFrankTV @fox4wx pic.twitter.com/afFmFCgVHO

By far though the most impressive video was drone video of a tornado. The drone was flying around a tornado in OK…

It was all very impressive and there is more here.

OK that will do it…no blog tomorrow because of the craziness with School Day. Hope it’s dry and the tarp is off the field. That is the tricky part.