Thought I’d touch base with you briefly today…still on vacation for a couple of more days…I’ll see you again on Wednesday…and I’ll be switching into golf mode today and tomorrow and enjoying this spectacular fall weather with another day filled with blue skies out there. There are some subtle changes happening over the next few days but overall the forecast is pretty nice and relatively dry this week…with better rain chances happening later Friday night or Saturday.

The Plains pattern of occasional cold fronts and then switching quickly towards a return of milder weather is such that gulf moisture will be more or less cut down for the next 5 days. As we head towards the weekend though a bit more of a persistent south wind will start to increase the moisture around these parts…add in a front or two and that should bring rain to the area, or at least the chance of it.

Today: Sunny and pleasant with highs around 70°

Tonight: Fair and not as cold…breezy too with lows closer to 50-55°

Tuesday: Partly cloudy/windy and cooler with highs near 60°

Wednesday: Chilly morning and cool afternoon with highs around 55°

Overall a typical fall weather regime here in the Plains for mid October. During this time of the year..cold fronts that move through tend to dry out the surface moisture…and bring in lower dew points…and this tends to happen farther and farther south as the fronts get stronger and stronger.

When this occurs…rich gulf moisture is shoved farther south and has a tougher time getting farther north unless you have a couple or three days of return flow…but that can’t happen since we have additional fronts coming through.

This is typical for October around the Plains.

That storm has allows the Plains wind flow to generally be from the west to the east…which during the fall is usually almost a guarantee of some nice fall days around here.

So far though this is the 23rd coolest start to October in KC weather history…after a very warm month of September.

The pattern for the next couple of weeks appears to be somewhat typical for the Plains…a series of warm-ups and cool downs…nothing long lasting…with that said though there could still be some significant storminess in the Plains…and I”m watching for a stronger storm to affect the Plains later in the weekend or early next week.

Interestingly that storm could come from the energy of what was a former category 5 typhoon…named Hagibis which is moving into the Bering Sea near Alaska.

Japan has deployed tens of thousands of troops and rescue workers to help following Typhoon Hagibis, one of the strongest storms to hit the country in years

The remnant energy is moving into the Alaska region where these storms then tend to dramatically grow in size and strength again.

Former Typhoon Hagibis as viewed on Himawari Water Vapor Imagery as it moves across the Bering and Aleutians. (Dry air is orange.) It’s a former typhoon because it no longer looks like a hurricane, i.e., it has a comma shape!#AKwx pic.twitter.com/WmKRewmgse

Some of this energy will move through the northern Pacific and then into the NW part of the US heading towards the weekend and then potentially dive into the Rockies later in the weekend.

As this occurs a strong low pressure system at the surface will develop and spread through the Plains…here is a possible outcome for NEXT Monday morning on the EURO at least. 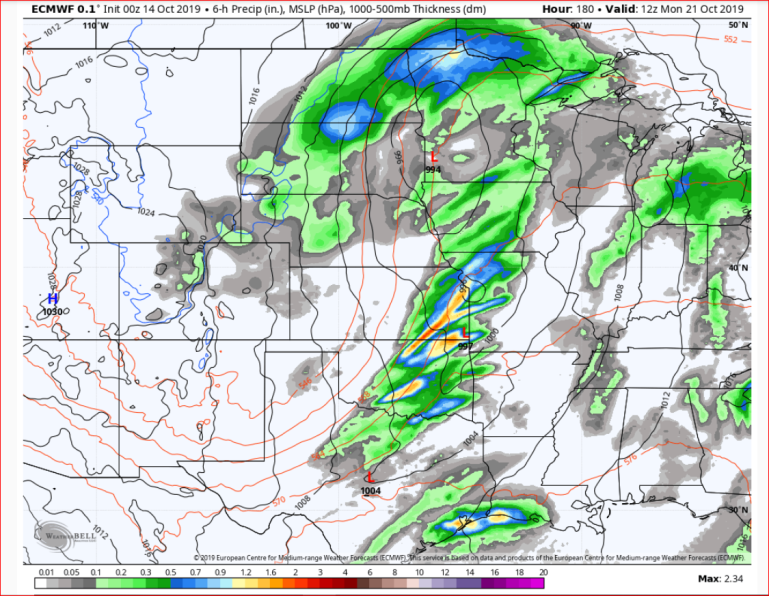 Now obviously timing will alter by 24 hours or so…and a faster development and quicker cold front can actually lead to the potential of stronger storms in the Plains next Sunday that would need to be watched for severe weather potential. FAR too early to get into where that would be maximized and while the SPC sees this risk…they feel it’s too early to get too specific on location which is fair but that will change over the next 2-3 days.

So in essence there are really two decent rain chances showing up over the next 10 days…one later Friday into Saturday AM and another later Sunday into Monday AM.

More on this on Wednesday…enjoy the beautiful fall weather! 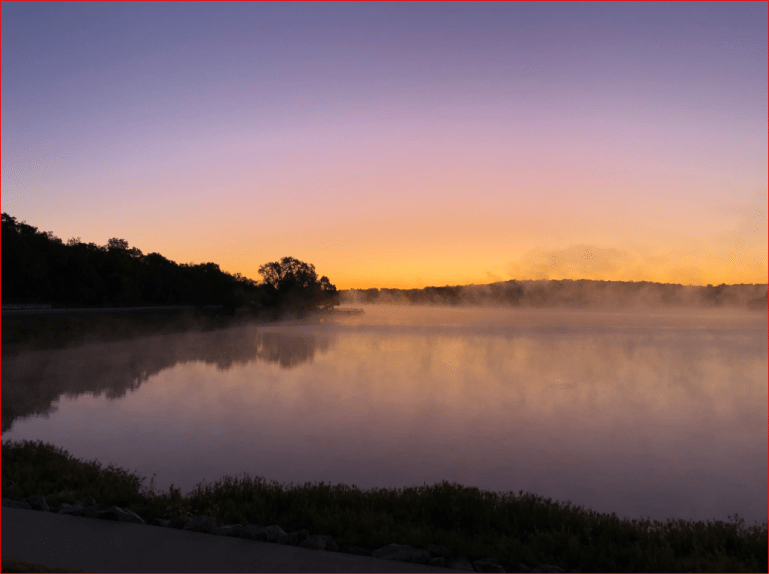