Today: Hot and humid with highs near 90° and heat index values 95-100°. There could be something isolated later this afternoon in terms of storms.

Tonight: Clearing out with lows near 70°

Wednesday: Same but there may be a few storms out there as well. More in the upper 80s possibly.

Let’s take a quick look back at the month of June. Temperatures were about average and the rain was about 2.5″ above average. We’re now done with half the year.

At the halfway mark…average temperatures are the 25th coolest on record. 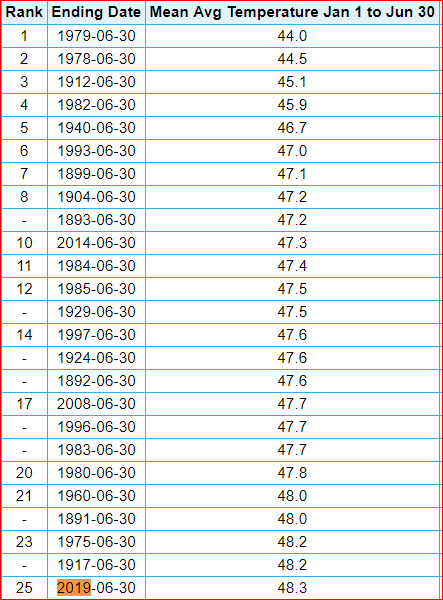 High temperatures are the 24th coolest… 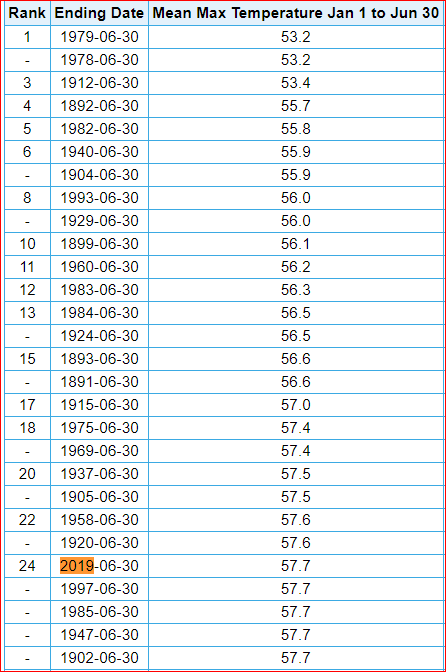 While low temperatures are the 26th coolest… 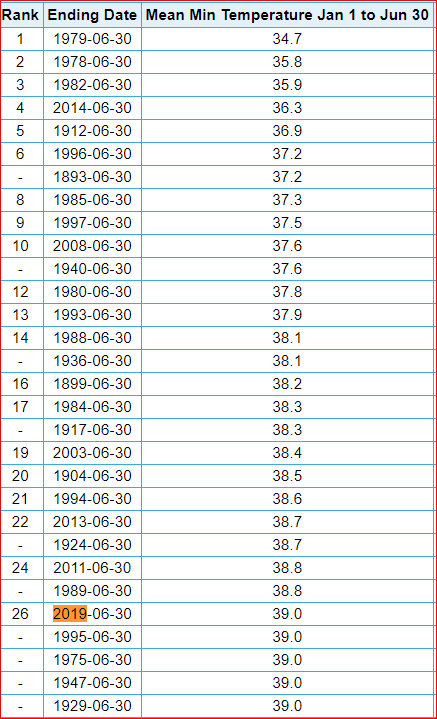 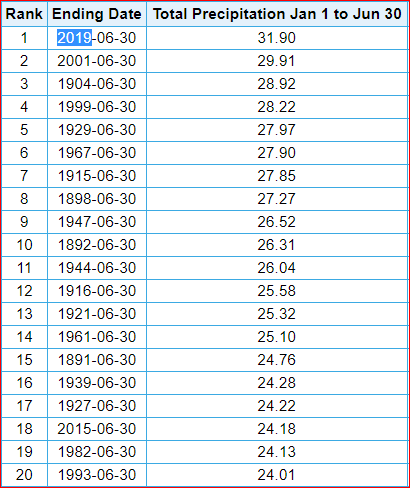 So that is where we stand 6 months through the year.

Data through 6/28 shows that many areas of the Plains are experiencing their Top 25 wettest starts to the year. Here are the ranking numbers for a variety of cities in the midsection of the US. 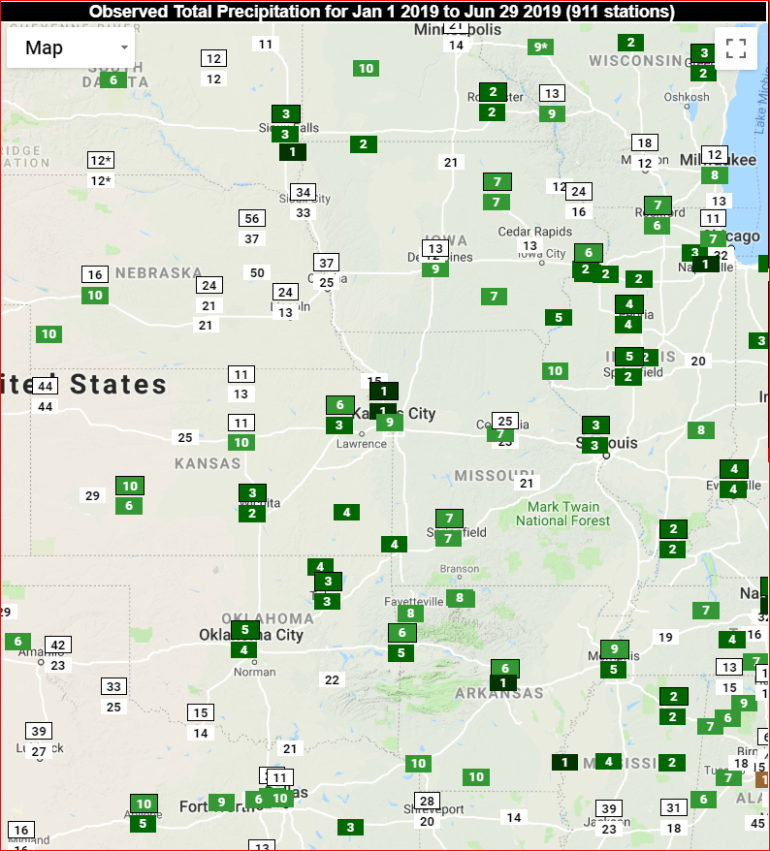 and a more up close look in the KS/MO region…in terms of actual totals through Friday of last week. 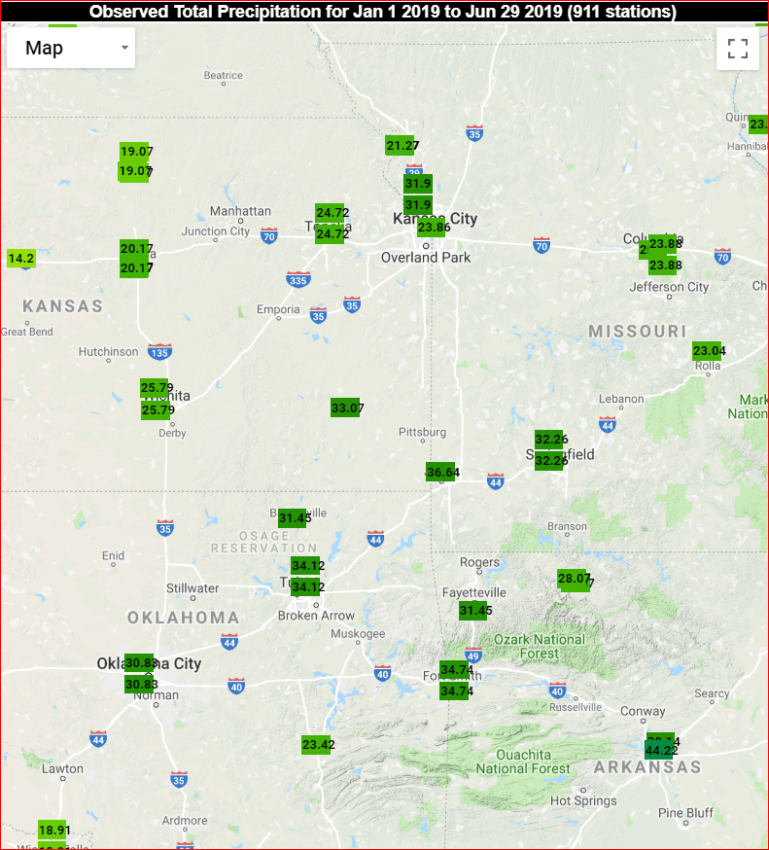 This week will actually see increasing chances of at least some scattered activity in the region. The dreaded 20-40% CYA rain chances are going to be showing up in the various forecasts that you see here and elsewhere.

I hate those types of forecasts…but while some may not see ANY rain at all through Friday…some may see at least something. With the winds in the atmosphere being so light overall for the next few days…if something bubbles up…while it may remain pretty isolated through Friday it will push out some rain cooled outflow air. That rain cooled air will be like a mini cold front and that will spread away from the initial main storm…possibly creating new storms out there. The process will continue off and on this week…especially starting Wednesday.

There is a front hung up across the upper Midwest. It probably is a stationary front and not moving much. It doesn’t seem to have enough of a push to move through the region though this week. 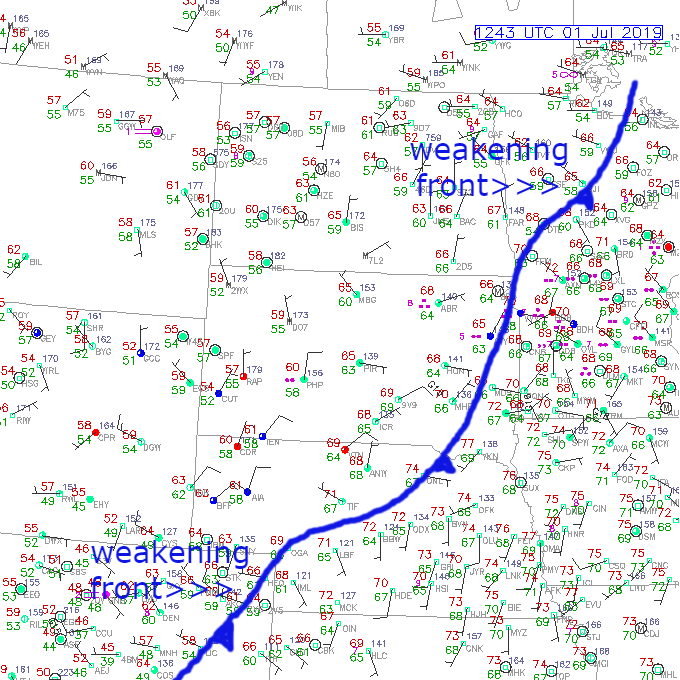 Storms may pop along that front though this week in the late afternoon/evening..and we may get into the debris cloud-cover at times this week…especially overnight into the AM hours.

Then as the week moves along the temperatures will remain well into the 80s and the atmosphere will remain unstable. So we may start seeing some additional storms developing. The models will have a tough time resolving the rain specifics…over the next week though something is expected.

Here is the EURO… 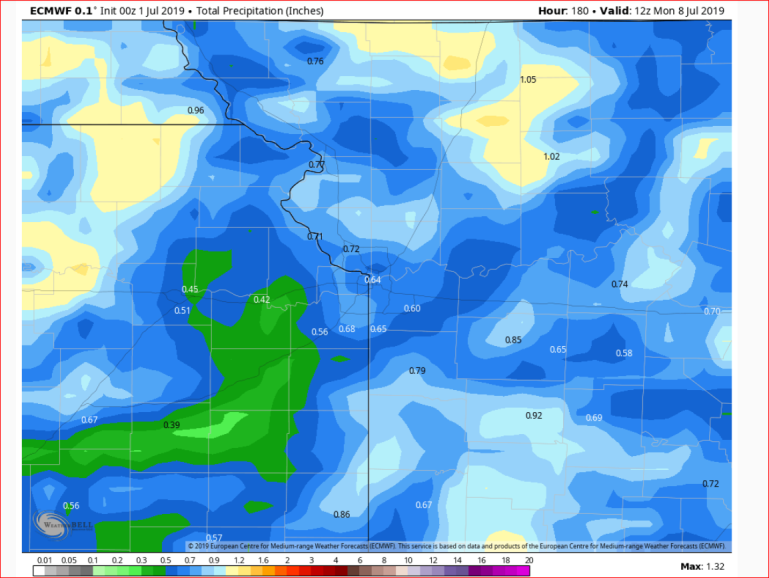 and the new GFS…noticeably wetter. 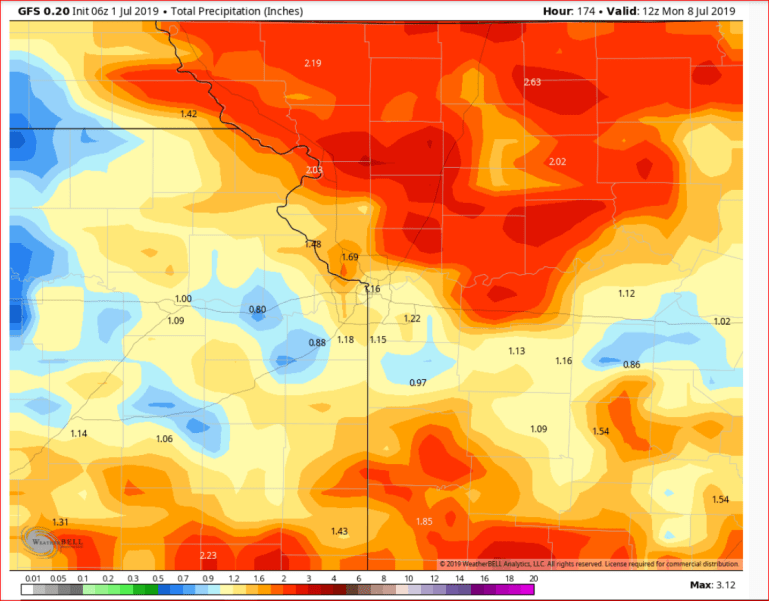 It’s been a solid week now of no rain in the KC area…the last real dry spell was back in April. We had a 10 day dry spell…today (Monday) will be the 8th straight day without moisture assuming nothing bubbles up. There is a small chance of something later today as we heat up though. The HRRR has been indicating storms around the Metro after 4PM today on the last several runs. There is some sort of weak disturbance towards the south of KC this morning on the satellite pictures. Perhaps the model is keying on that and weakening a sort of weak cap that is over the region enough to allow updrafts to become a bit more vigorous and create some storms. 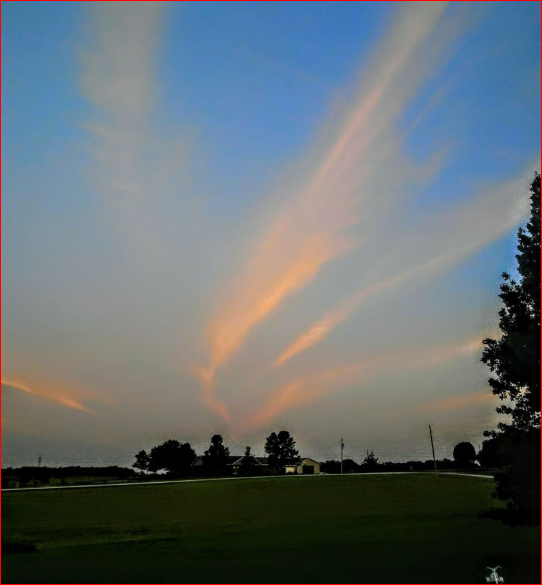