The large thunderstorms that developed in northern MO yesterday and others that developed locally were once again prolific rain producers…areas towards northern MO picked up over 5″ of rain…while closer to home another 1-3″ of rain feel within the KC region. The overwhelming theme though for the next 72 hours is that temperatures will be below average…so we’re got that going for us.

Don’t worry about the end of summer though…Monday and Tuesday will be rather steamy again.

This afternoon: Cloudy skies with rain slowly tapering off on the MO side during the afternoon. Drier for others. Temperatures today will be cooler with highs in the mid-upper  70s. Sunny skies for KC

Tonight: Should be dry for most of the night…then clouds increase during the morning. Lows in the 60-65°

Saturday: We may salvage the day after all…as the atmosphere may be worked over from the storms on Friday morning shunting the next disturbance farther W/SW of KC…if so we’ll have a mix of clouds and sun with perhaps a few afternoon showers. Highs may approach 80°

Sunday: Looks better but fighting clouds…highs well into the 70s

I thought to start the blog…we’d tie in the storms from last night and Dorian. I saw a tweet from my colleagues at the NWS in Sioux Falls that caught my attention and I wanted to replicate it for you.

Last night we had the big complex of storms in the Plains…and as you know we’ve been talking about Dorian as well on the blog and on the air.

Look at the size comparison… 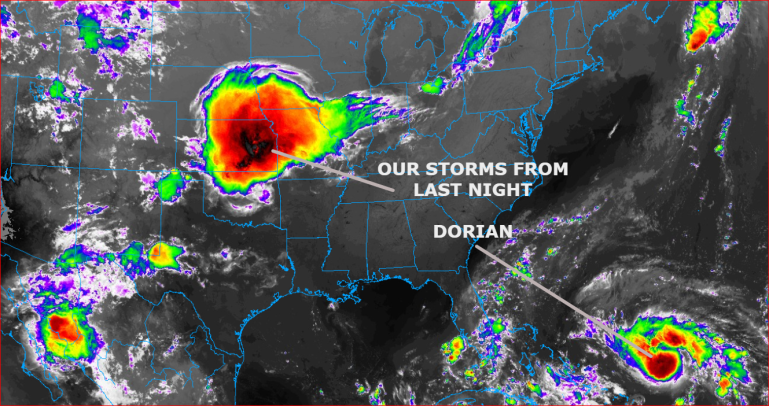 It’s pretty obvious that in terms of size our cluster of storms was about doubled the size of Dorian…also note the deep reds/blacks in the infrared image above…it’s colored like that to show the higher cloud tops (colder tops of the clouds) and note as well how much more extensive the colder cloud tops are here as opposed to Dorian which was packing winds of 105 MPH.

Now Dorian as an overall MUCH larger wind field compared to the winds from the complex last night. It’s not a large hurricane…but it’s core is still packing a wallop and the track of that core…and roughly 50 miles around it will determine how bad things get in Florida early next week.

There are still many questions and there will continue to be for Dorian. Florida though is still in the path and the data overnight is very concerning for the Peninsula. There are questions about the forward speed of the storm and landfall timing and location…but the data still seems to indicate that somewhere in east central FL or SE Florida has the highest risk of landfall from an east to west moving, potential category 4 hurricane with winds near or above 130 MPH.

As far as Dorian goes…it’s a bit weirdly shaped this morning…the south side of the hurricane is fighting dry air intrusion it appears and maybe some wind shear.

Notice those thin filaments of clouds…wispy cirrus clouds spreading away from the storms center. That tells me that the storm is “ventilating” well. So the issue for now is when does the entire column of the atmosphere around Dorian allow the storm to achieve it’s potential strengthening.

That may happen over the weekend…the contributors to Dorians “hold-back” may give way in the next couple of days…and with such warm water and a more favorable set-up the though process is that Dorian will strengthen more.

Storms like Dorian, that have been fighting a variety of complications for days…and still achieve what it achieves (105+ MPH winds) are dangerous…because when conditions are more favorable for strengthening that can intensify quickly…and that is a major concern for the weekend.

The forecast turn to the west and where it happens will go a LONG way in determining the landfall hit of Dorian. Hurricane watches are up for the Bahamas today…and they may be extended towards the Florida coastline tonight or tomorrow.

The turn to the west will be mostly controlled by the strength of the blocking high to it’s north. 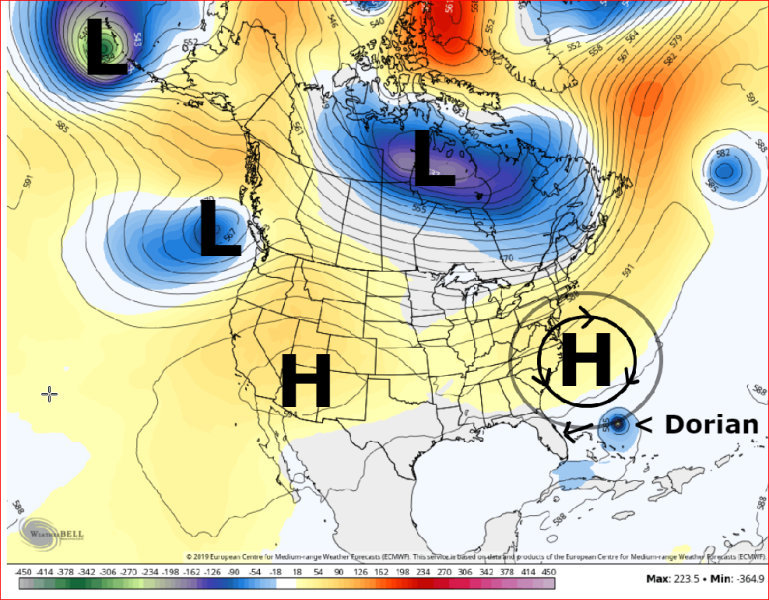 IF that could somehow weaken (somewhat unlikely) or move farther off towards the east (unlikely)…it could give Dorian a path to make more of a north turn. Some of the data from various computer runs still show this possibility. 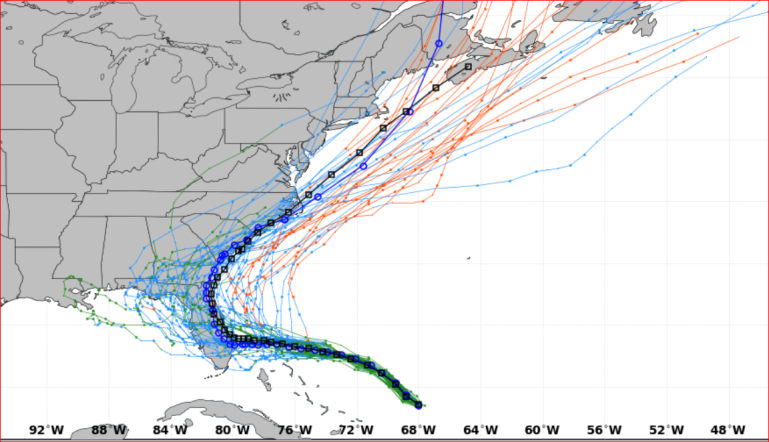 The difference is that Matthew remained off-shore the whole time. Matthew still did 1.2 BILLION dollars in damage and it remained off shore. Put Dorian onshore and that’s not a good thing with the wind core raking the coastal areas especially.

It’s probably a good time to remind you of the categories and potential damage that these types of storms cause. So you can see the concern with category 3-4 hurricanes.

A few tweets for historical purposes… 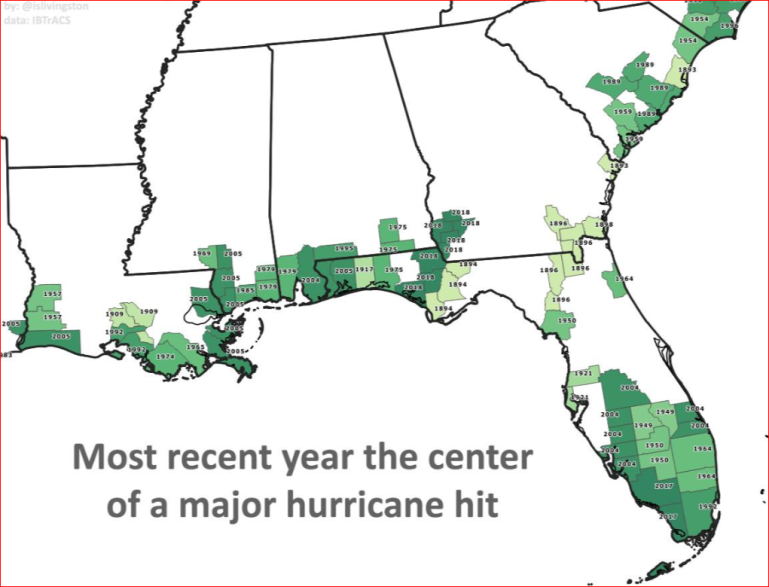 and for any hurricane landfall hit… 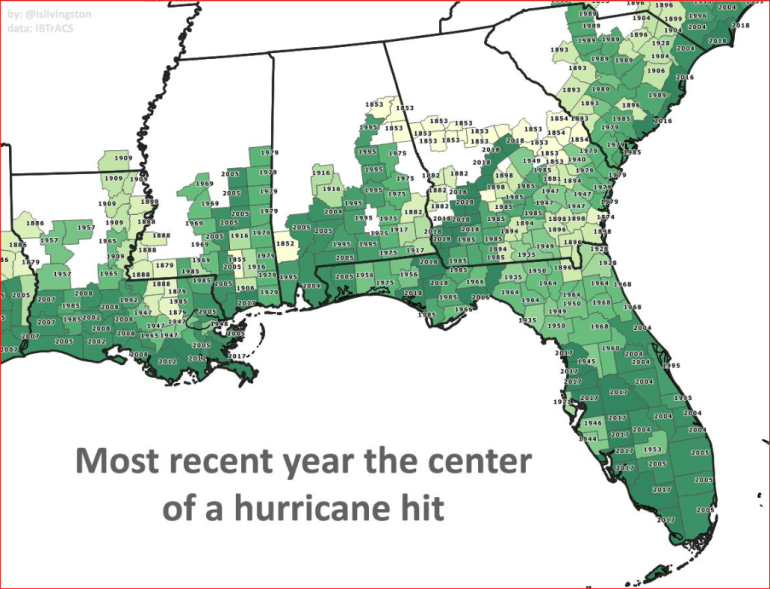 There are some areas that are long overdue…

#HurricaneDorian is forecast to make landfall in FL as a Category 4. It would be 3rd year in a row w/ Cat. 4+ FL hurricane landfall. FL has had Cat. 4 hurricane landfalls in 3+ consecutive years once on record (since 1851). Cat. 4 #hurricanes made landfall each year from 1947-50 pic.twitter.com/vBpXxitPIN

Even IF there isn’t a direct hit…flooding rains and power outages are always big issues…and there are models that calculate this potential.

Latest power outage forecast for the state of Florida calling for *at least* 7.5 million people to be without power from Hurricane #Dorian. These numbers will continue to increase. Dorian's slow impact to the state will only serve to extend how long people are without power. pic.twitter.com/kcwWEHd9DS

So a lot going on there and will be tracked over the weekend.

Other things I’m watching is the forward speed of the storm as it gets closer to FL…slower speeds (if it’s crawling) could allow the waters to churn so much that cooler water comes to the surface but then again the gulf stream (currents of even warmer water) are there too so the two could cancel each other out. Also IF the storm strengthens…it may actually drift a bit south of due west…because it will be steered by a different layer of the atmosphere because it’s a stronger storm.

Rainfall from last night was impressive once again. KCI had 2.3″ of rain…and actually set a daily record yesterday for rain with 1.56″. It could’ve been a lot worse though…those northern MO storms that were backbuilding through NE KS were intense and produced 3-6″ or so up there. 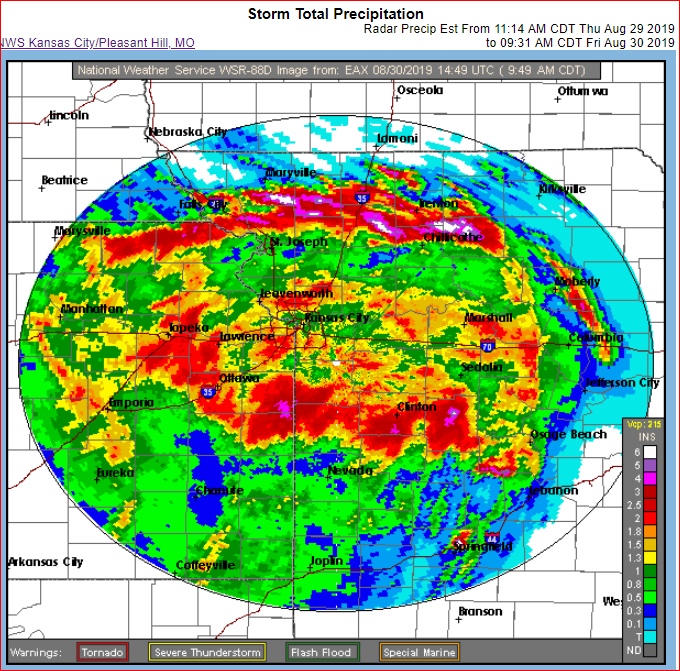 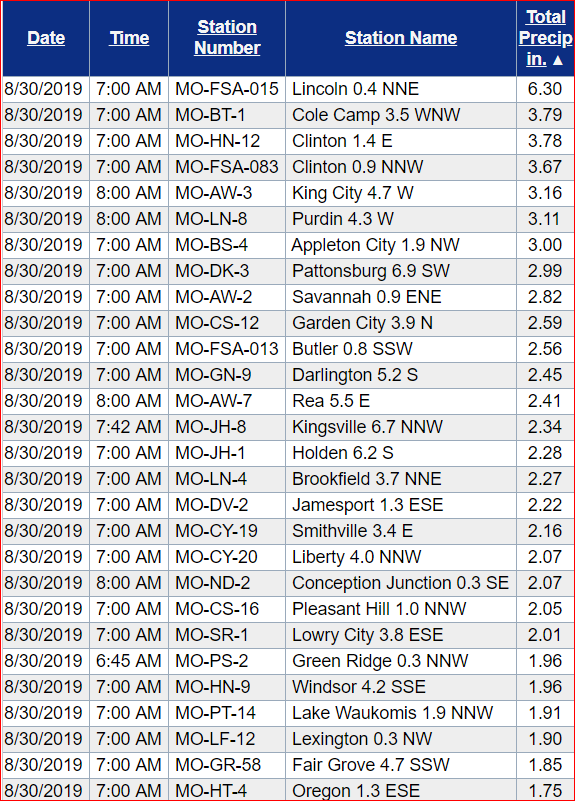 SE Miami county with almost 7.6″ in a FB report from Tammy!

Overnight tonight ANOTHER wave will be coming out of the Plains…and I continue to think it will produce rain locally. There may be an issue of where the heaviest axis of rain sets up. The NAM has the heaviest to the SW of the Metro…but I trust the wave and not the location of the heaviest rain on the model…and it should be a pretty beefy wave coming towards the ESE.

It will generate storms early Saturday in central KS…and depending on IF those storms go SE or ESE…will determine how much rain we deal with tomorrow. Also it may rain longer into the AM tomorrow before gradually improving in the afternoon…but it may be a slow process. Again it’s not a slam dunk for rain…but the chances are certainly high enough in my mind that you should have a plan B ready to go.

OK  have to stop…going on 90 minutes now to complete this. 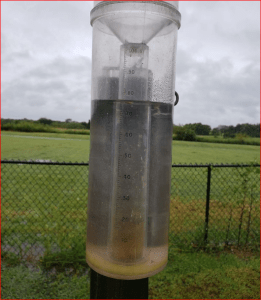 ‘Too many are selfish’: US nears 5 million virus cases

At least 50 killed, hundreds hurt in massive blast in Beirut

What you need to know about Missouri’s Amendment 2, proposing to expand Medicaid