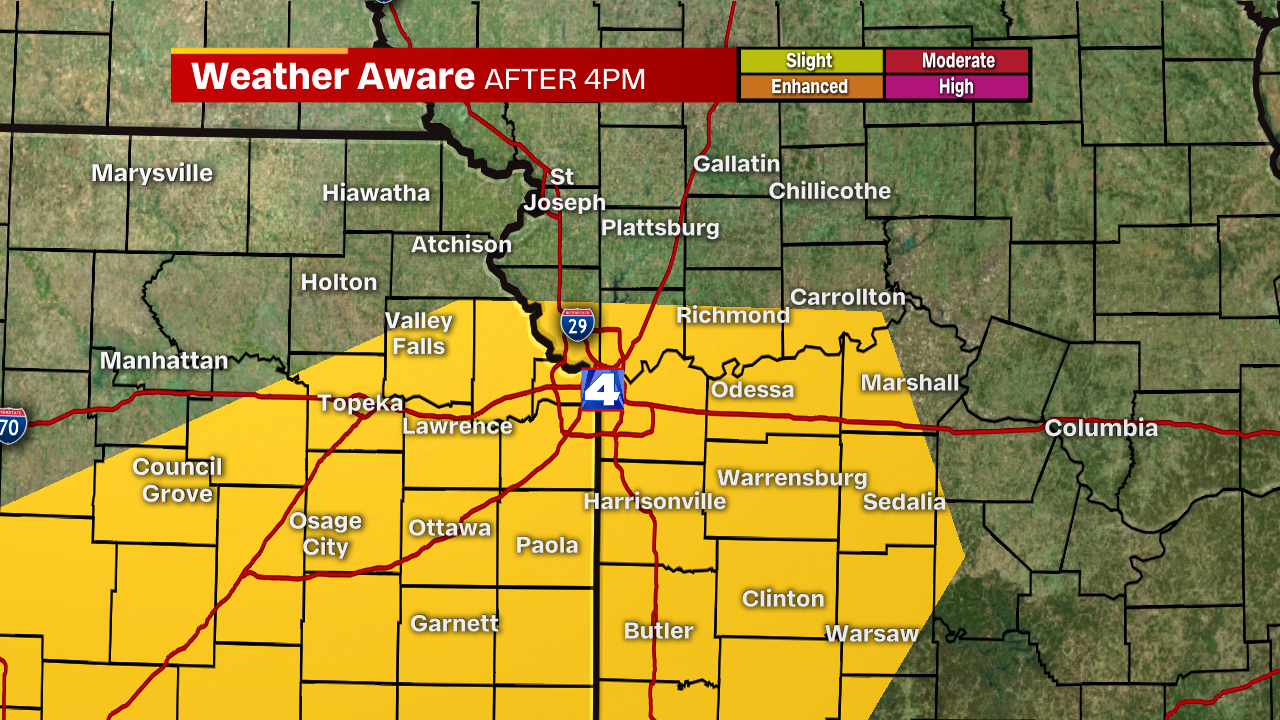 We’re Weather Aware for the second straight day in a row as we’re under a slight risk for severe weather.  After yesterday’s large hail, many of us need a break.  I’m afraid hail looks to be the main threat yet again. 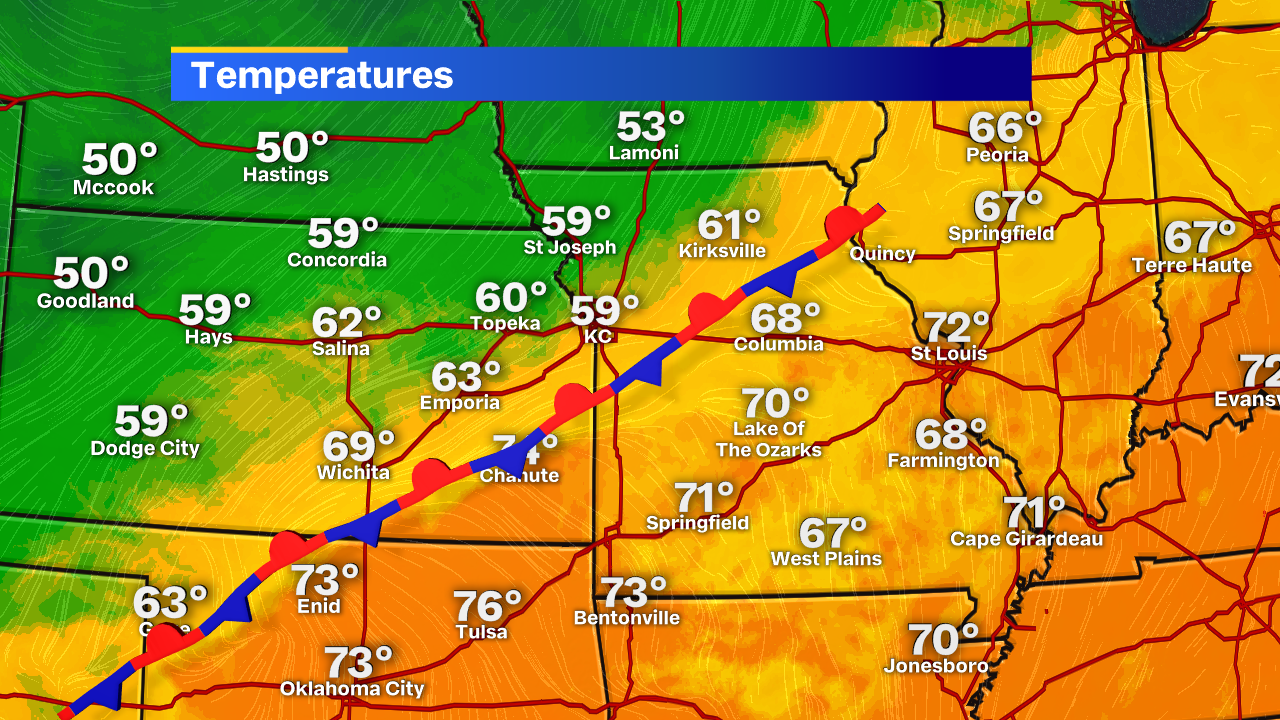 The main catalyst for our weather is essentially the same frontal boundary that caused us problems on Friday.  It’s become stationary, but will return as a warm front later today.  This will cause a split in our temperatures from north to south and become the main area for storms to develop along. 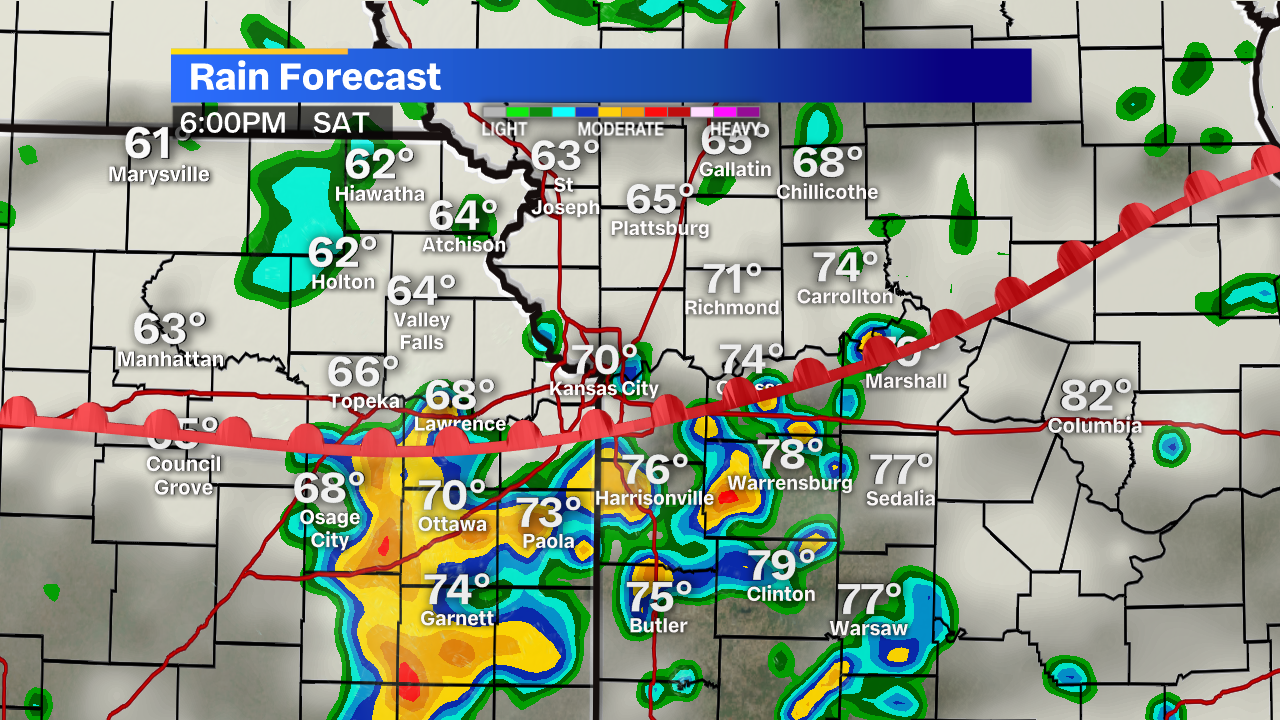 Expect the timeframe for storms to develop to be somewhere between 4-8pm.  Once they begin, they’re probably going to hang around awhile.  Similar to last night, the severe threats look to be on the early end of this.  Let’s plan for 5-7pm for the main severe threats before this becomes more of a flooding concern. 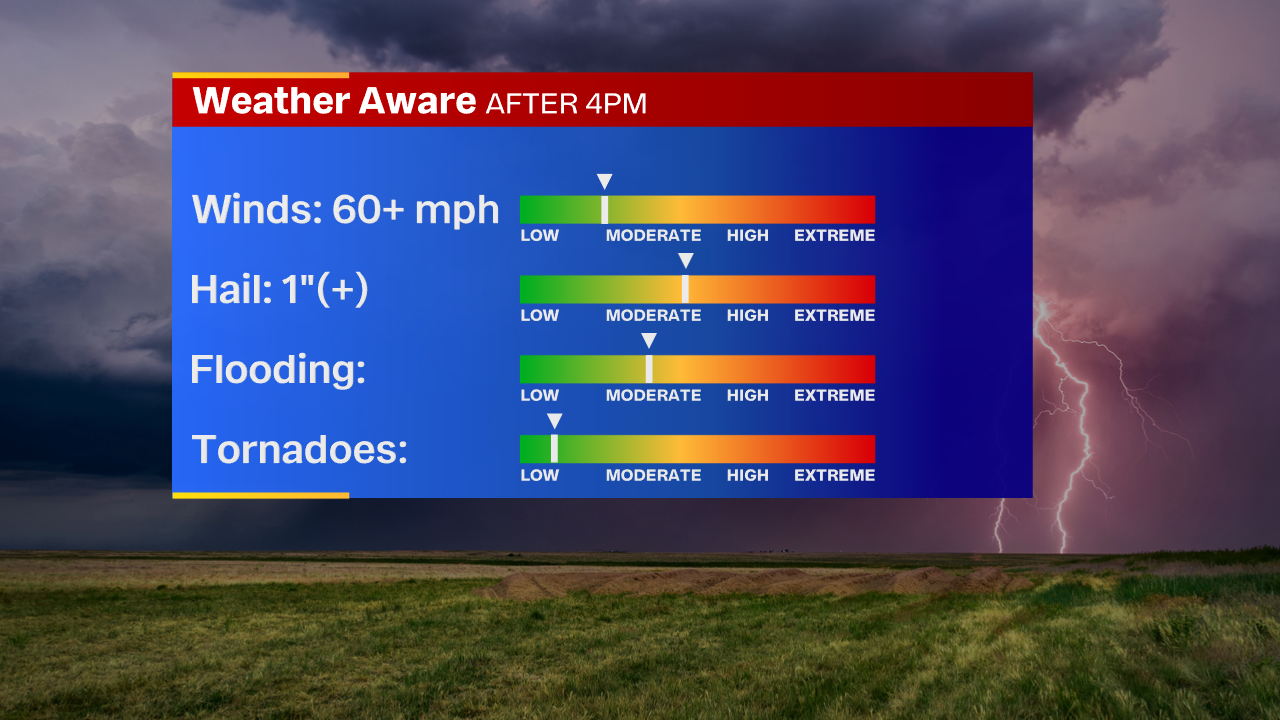 As I mentioned before, our main threat is going to be large hail again.  We didn’t have too many reports of wind damage yesterday.  That’s not saying it’s not possible, but it’s not a high focus.  Same to be said for the tornado threat.  It’s pretty low, but we had one tornado warning yesterday and some weak rotation in other areas.  We’ll monitor throughout the night.  Expect some localized flooding and flash flooding as well.  Plan for a rainy evening and we’ll keep you posted with updates on the severe potential.