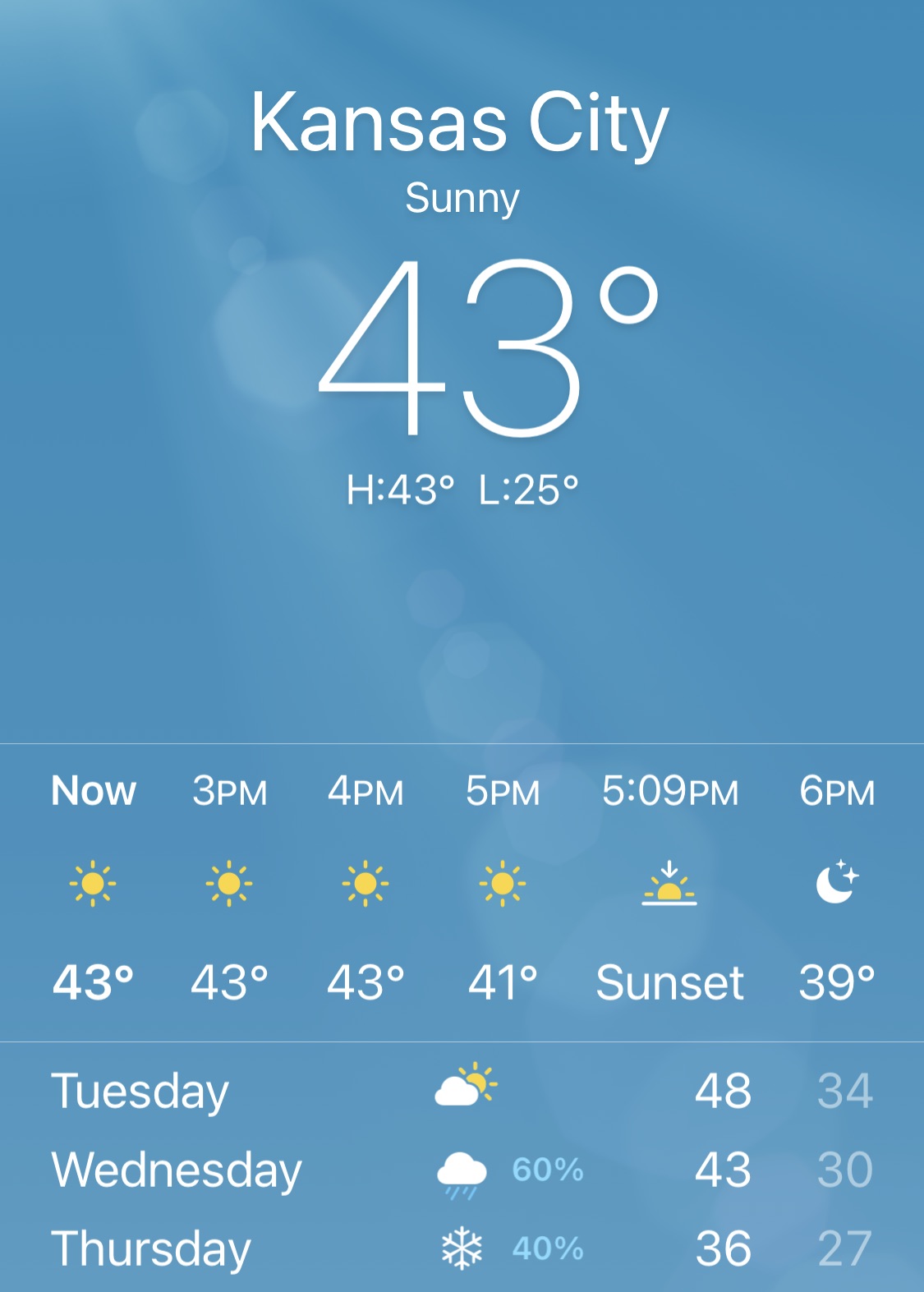 If you’re looking at your standard weather app on your phone, you may see the snow icon and either a) get excited b) worry.

But I have some news for you. This upcoming system isn’t like New Year’s Day at all. 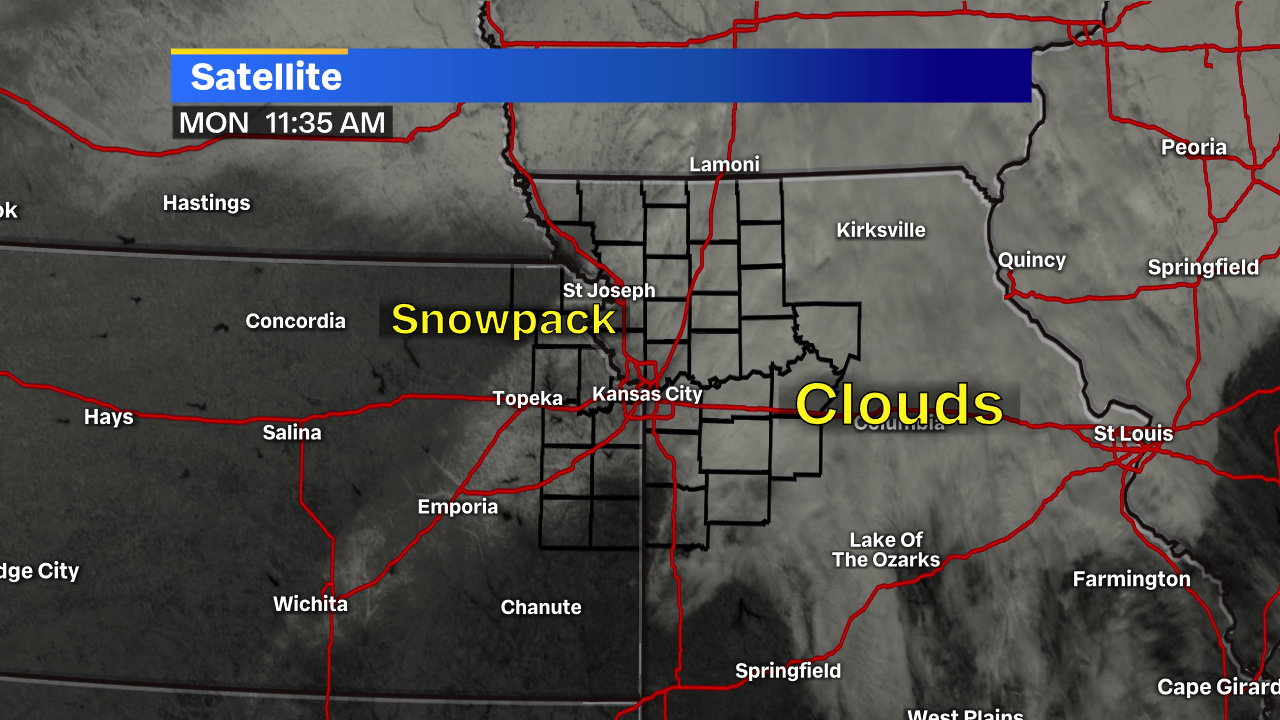 The fog finally exited out of the region this Monday. While it’s been a little bit more foggy for some than others (not even just due to the long holiday break for some), we may return to some fog on the Missouri side tonight. 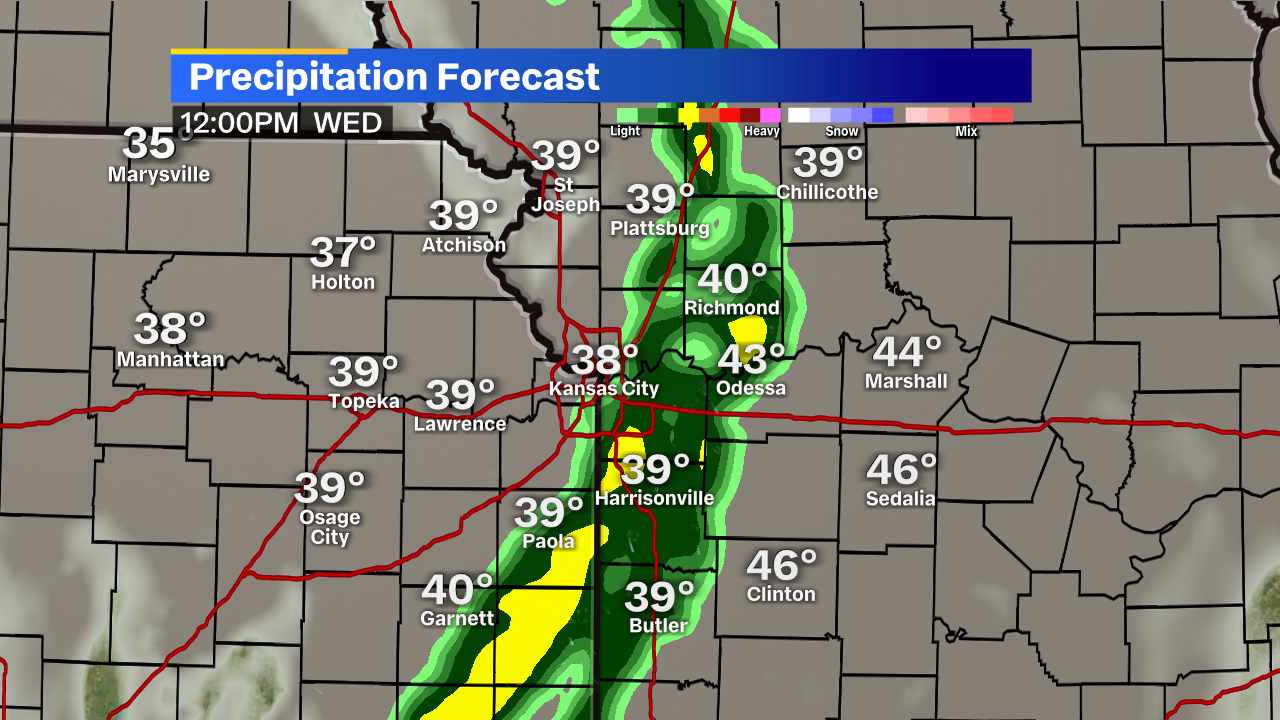 This midweek system will be quite a bit different for a number of reasons, but let’s start with the most important. It’s going to be a lot warmer than it was the other day when we got all that snow and ice. Wednesday won’t be anything like that at all. While it’s going to be a cold rain, it’ll start out as mostly rain wherever you go. 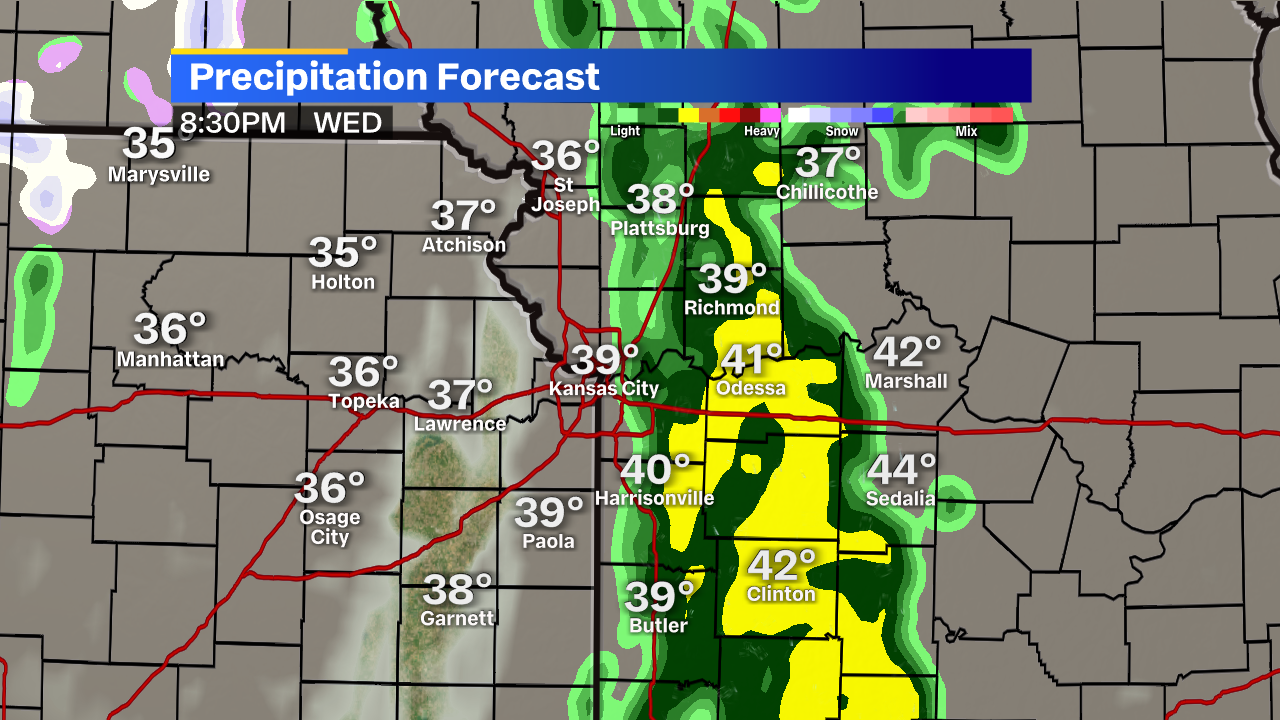 As this entire system is moving from the north, I expect a lot of the rain to move in from the south to the north due to the nature of the system.

Because of this, I think some of us will miss out on heavier periods of rain. Even as temperatures remain in the mid to upper 30s, it should remain mostly rain. 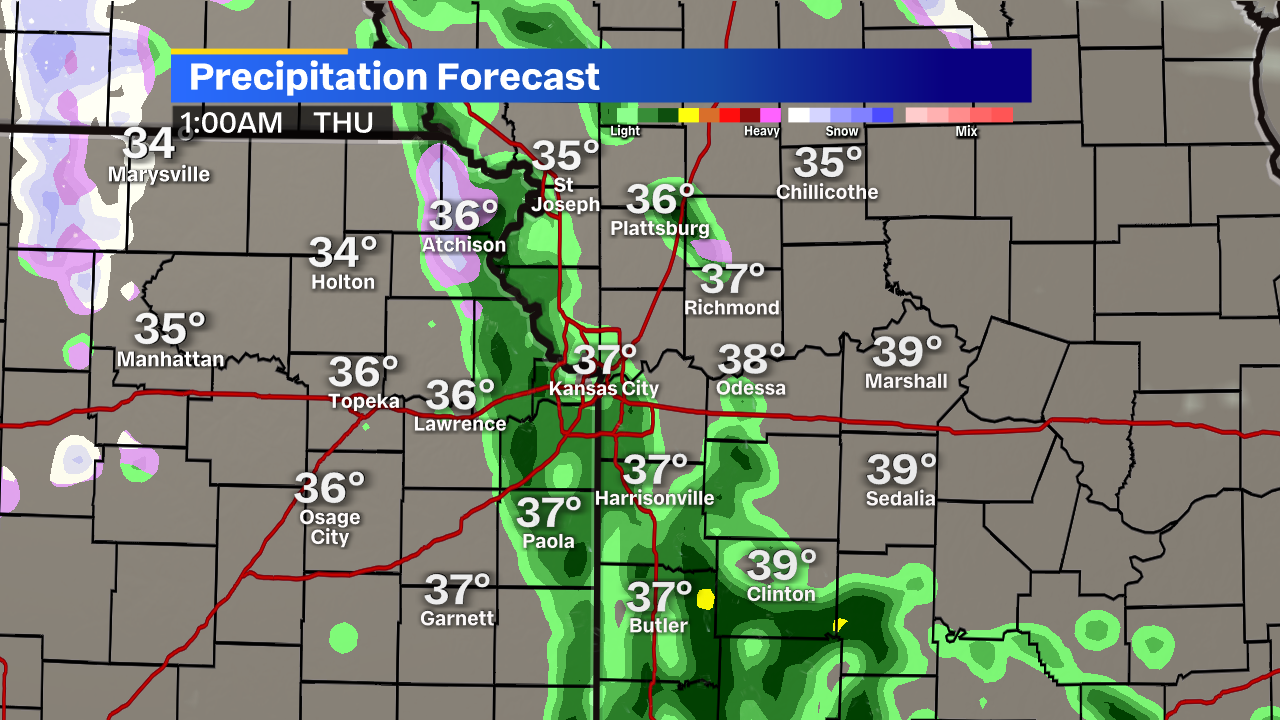 Wednesday into early Thursday could be our best chance for a few flakes of snow to mix in.  It hardly warrants the snowflake icon on your app, but it’s worth mentioning. 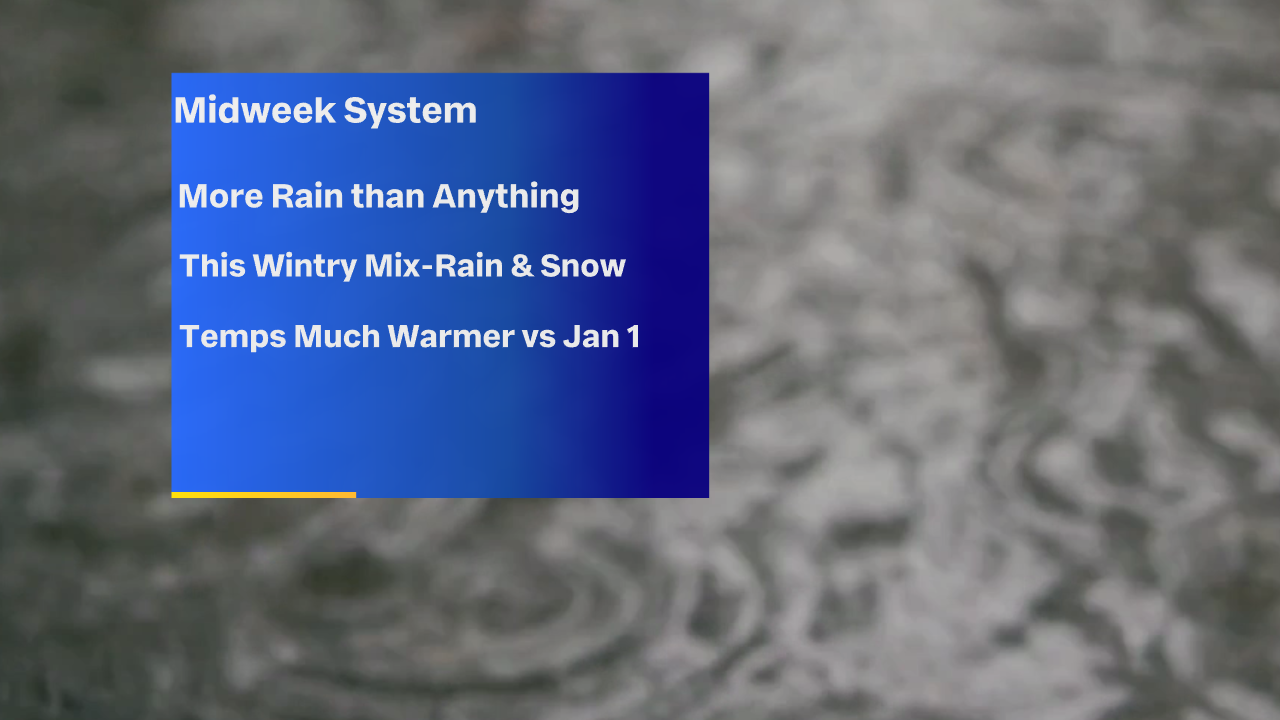 This midweek system isn’t much, but in our drought over the last few months… it’s something. If you hear us mention “wintry mix” this time, it would purely be for rain and snow. No ice this time.  Temperatures and conditions will be much different than January 1.

FOX4 Weather: Stay up to date on the latest conditions 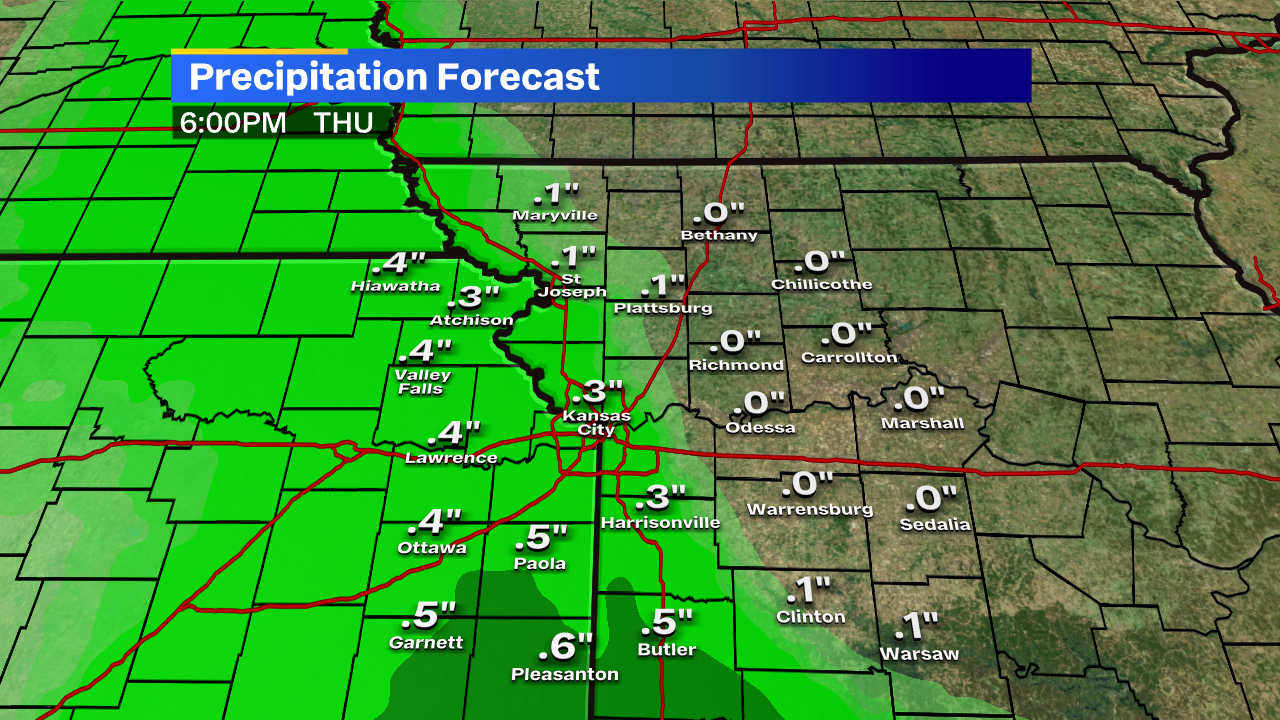 This shouldn’t be a ton of rain, either. But there could be a few areas that pick up over a half an inch by Thursday’s end. At least a slightly more active start to 2021, if nothing else.

KANSAS CITY, Mo. -- The metro is in the middle of a wide band of snow in the metro, and the swirling flakes are sticking around for the entire morning. Let's just be glad they aren't sticking to the roads.

While it should remain snowing throughout this weather event, the amount of snow coming down depends on where the band is at. Within the larger band are two thinner bands of heavier precipitation, surrounded by lighter snowfall.

After a snowy morning we're seeing rapid melting this afternoon. Tonight we focus on the cold. A Freeze Warning starts at 10pm through 9am tomorrow. We'll have the latest this morning on FOX 4 News. Join us!

Demolition to begin on historic home in Independence damaged by fire

Demolition to begin on historic home in Independence damaged by fire