A few showers and thunderstorms developed Tuesday afternoon and evening in southern Iowa and far northern Missouri.  As you watch this loop on radar, I’d like you to note how they’re moving over the same areas repeatedly.  This is a pattern we’re going to get into over the next few days, and that’s why we really focus on flooding potential. 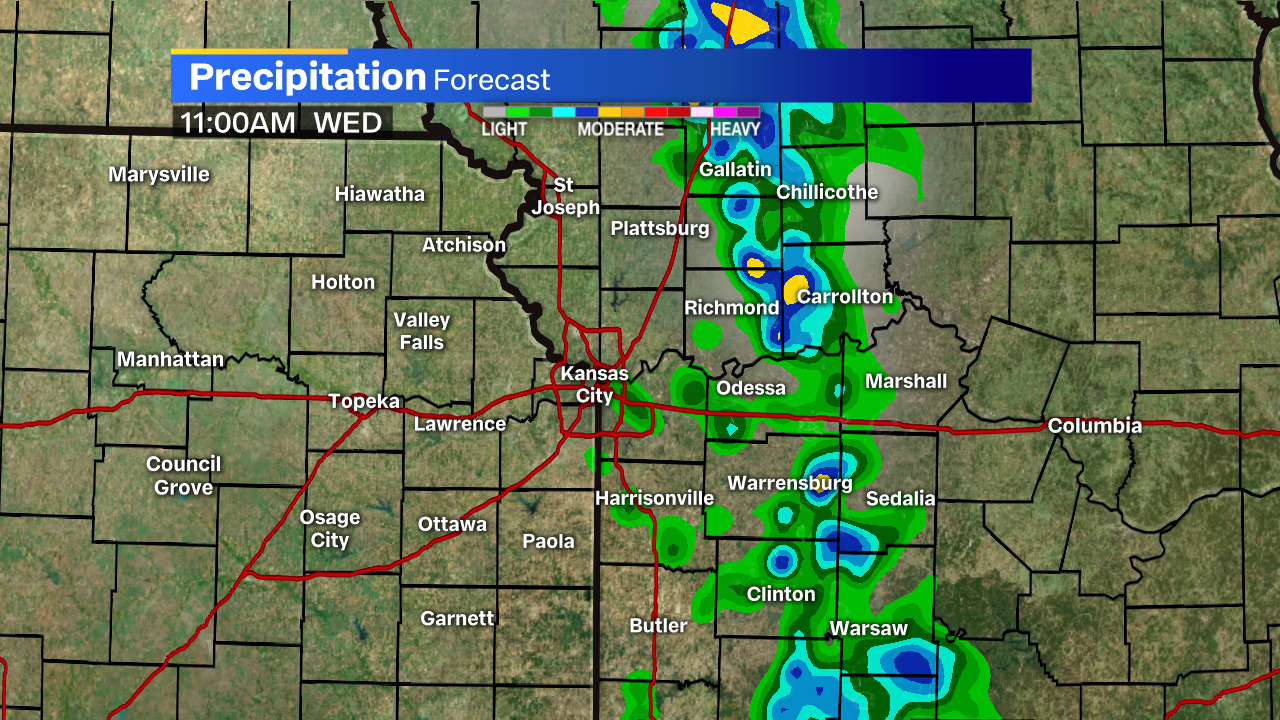 I expect a few showers and storms to be hanging around for the early part of Wednesday morning, but it looks like the entire day won’t be a washout.  Points east of the metro may not be so lucky, however, as I think there may a consistent, slow-moving rain lingering into the early afternoon. 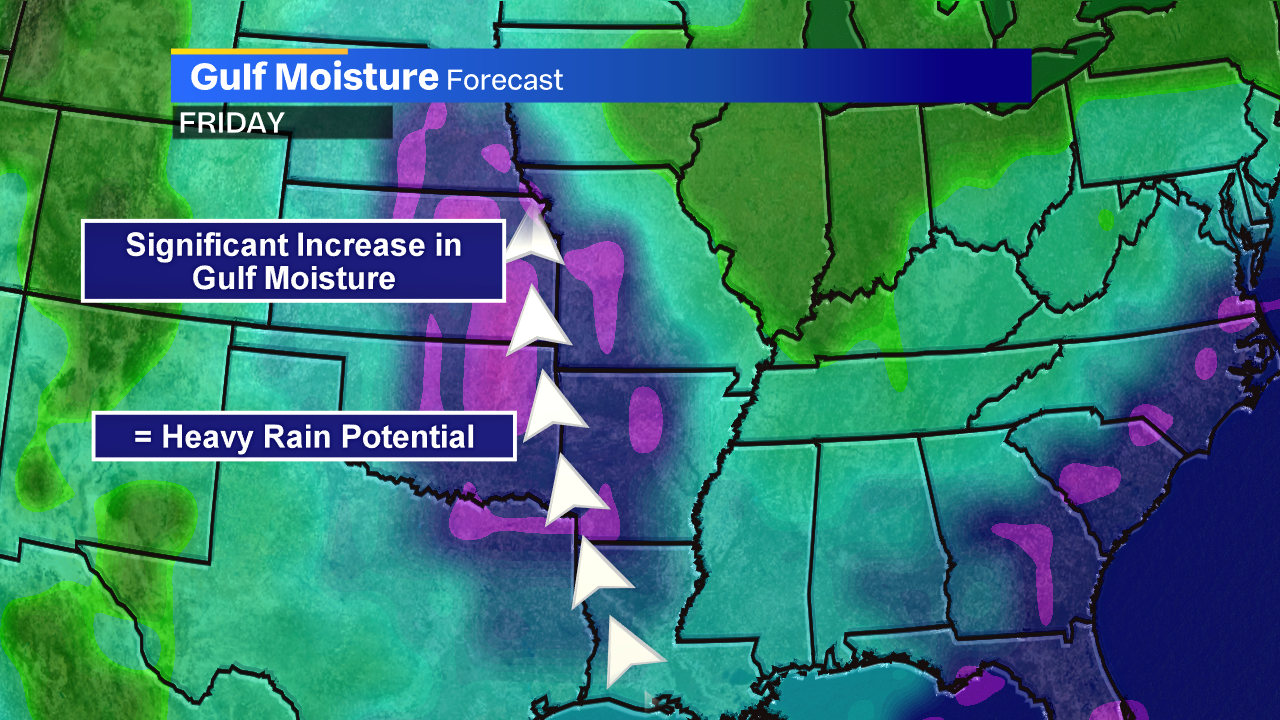 But our pattern shift will allow us to tap in to some significant gulf moisture over the next 24-48 hours.  As a result, we’ve got a higher potential for heavy rain.  But just because it’s more humid, that doesn’t always mean it’s going to rain.  We’re going to need some sort of trigger, and we’ll get a couple of disturbances that will do just that over the next 72 hours. 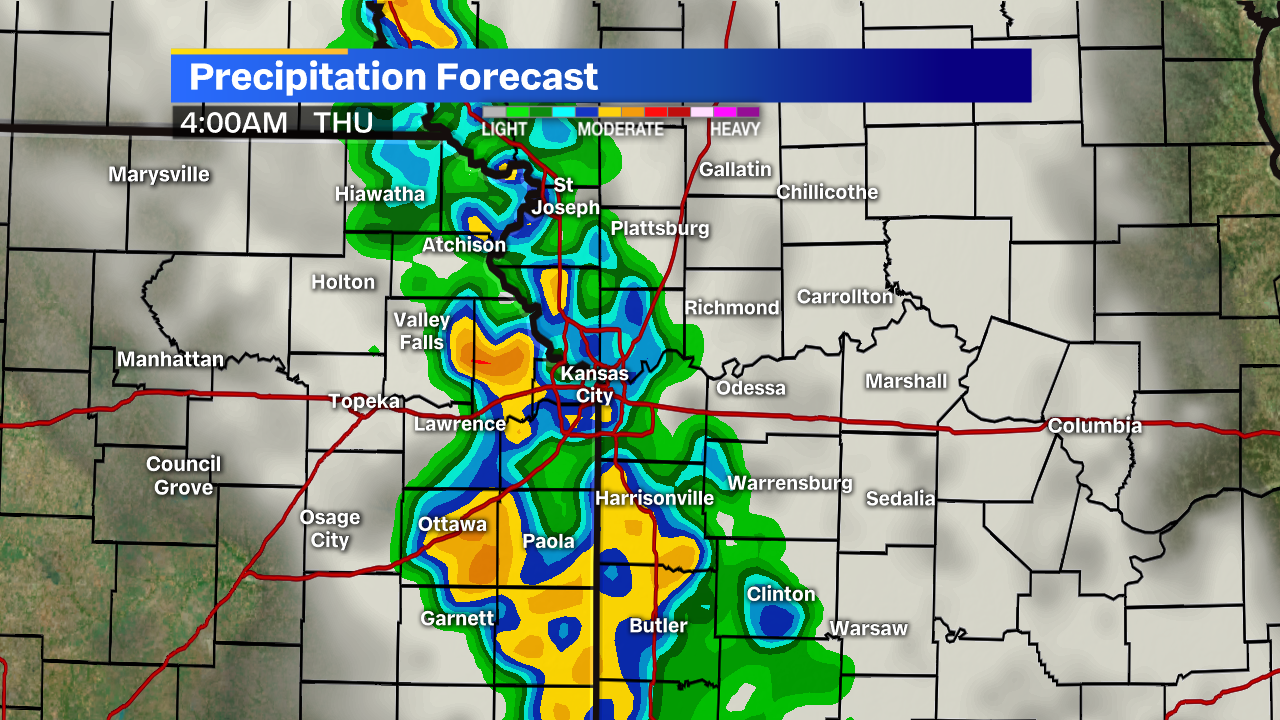 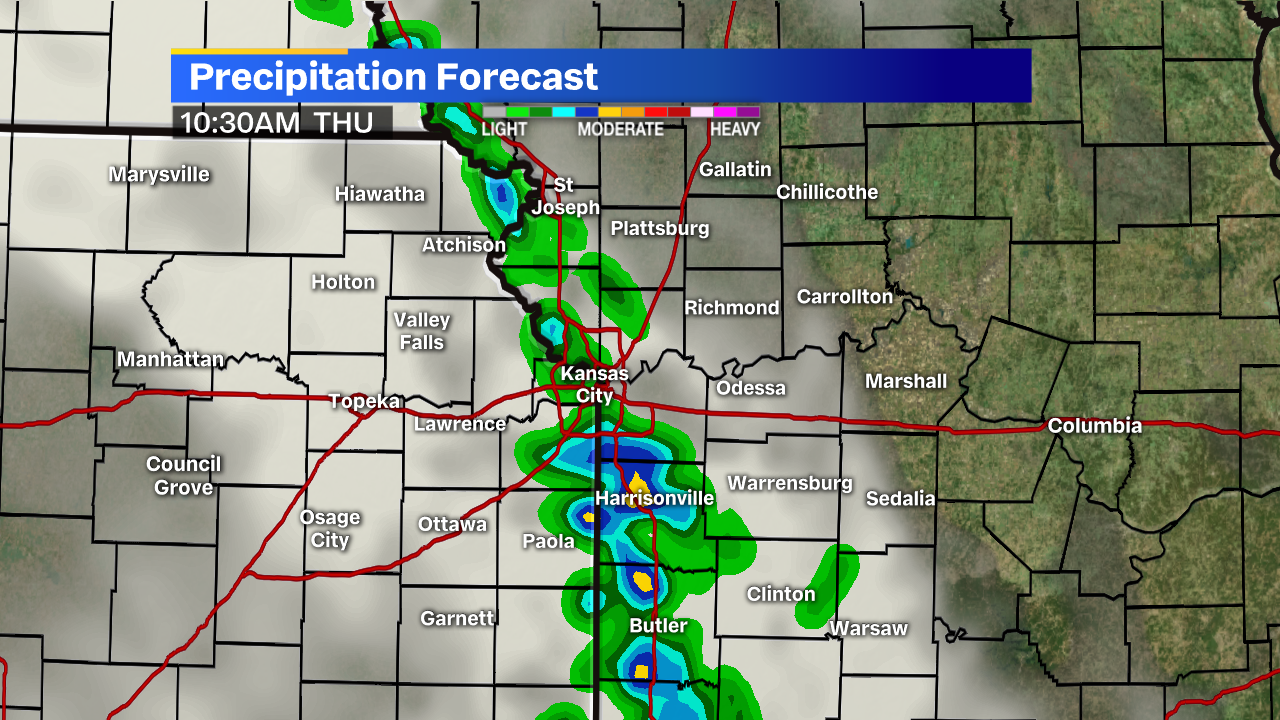 Simulated radar image 6.5 hours later still has it raining pretty hard in a few spots.  I would also like to point out that this line of showers and storms could shift slightly east or west.  This forecast will need to be fine tuned as this time frame approaches, so don’t fall in love with these exact areas getting slammed with heavy rainfall. 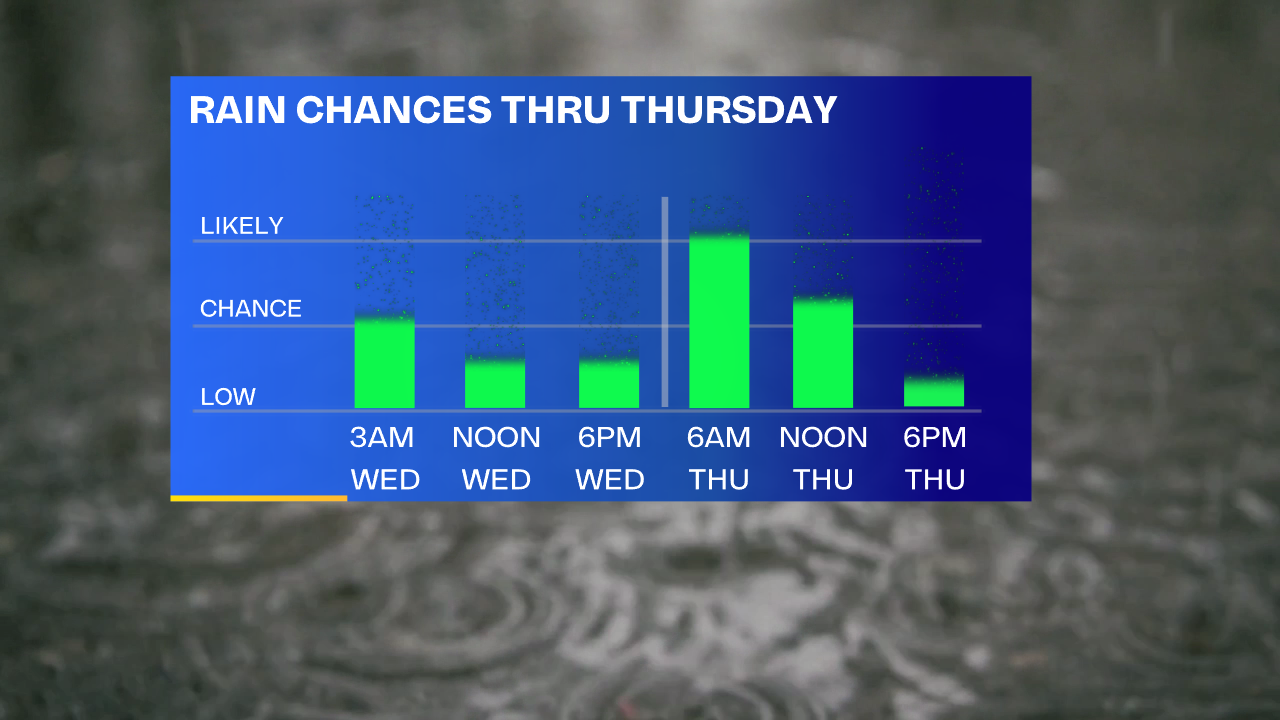 Lingering showers will be around early Wednesday morning with a lull in the afternoon.  Our heaviest rain looks to be early Thursday morning and once again Friday morning as well. 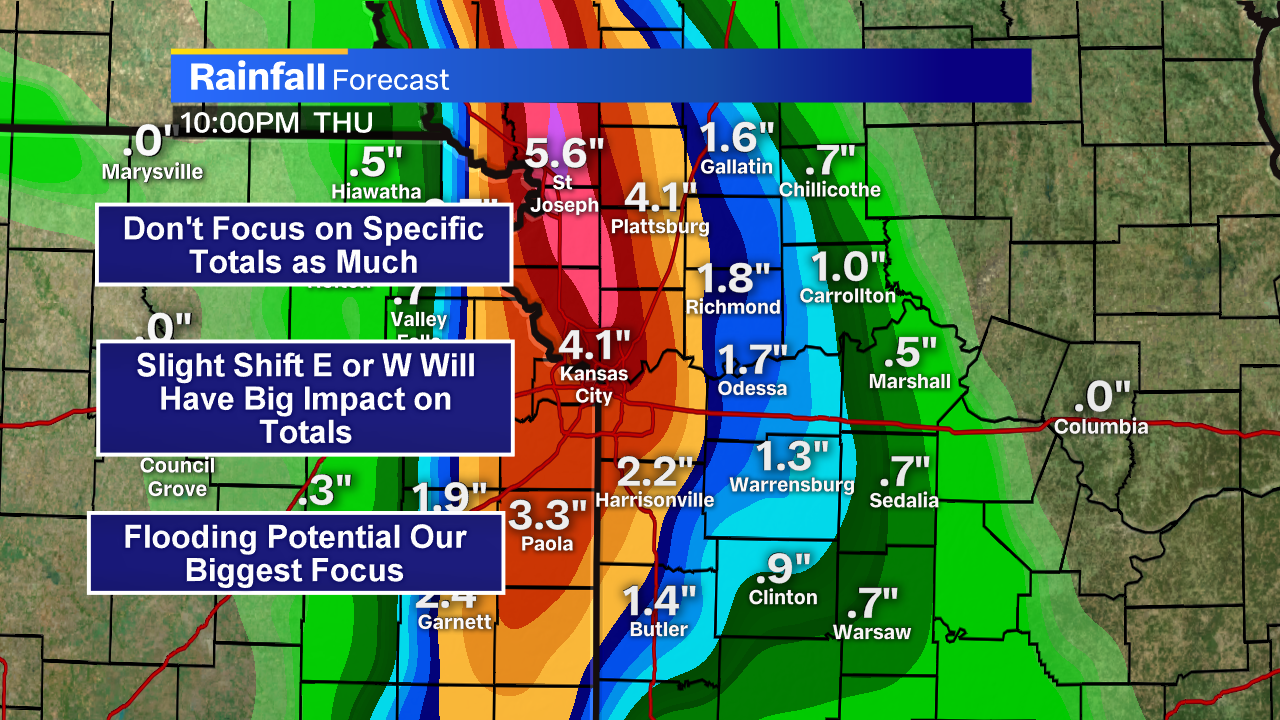 At first glance, the high totals on this rainfall forecast through Thursday night probably gets your attention.  While it should, there are a few things I’d like you to focus on as well.  Flooding is absolutely going to be our main concern with a few of the same areas getting periods of showers and thunderstorms for hours on end.  Does this mean Odessa and Warrensburg will definitely get less than Paola or Kansas City?  Not particularly.

This is a model output of rainfall forecast and is likely to change to some degree.  The biggest change, however, is going to be from city to city because of the position of where this line of storms develops.  A slight shift east or west by a few miles will have a significant impact on the totals in your area.

Summer surges into the area today with highs soaring into the middle 80s. The warming trend carries over into the start of the weekend, where some spots could see 90s! Enjoy the warmth while it lasts... A BIG drop in temperatures comes next week reminding us Fall is officially here! We're tracking the roller-coaster temperatures in the update here!