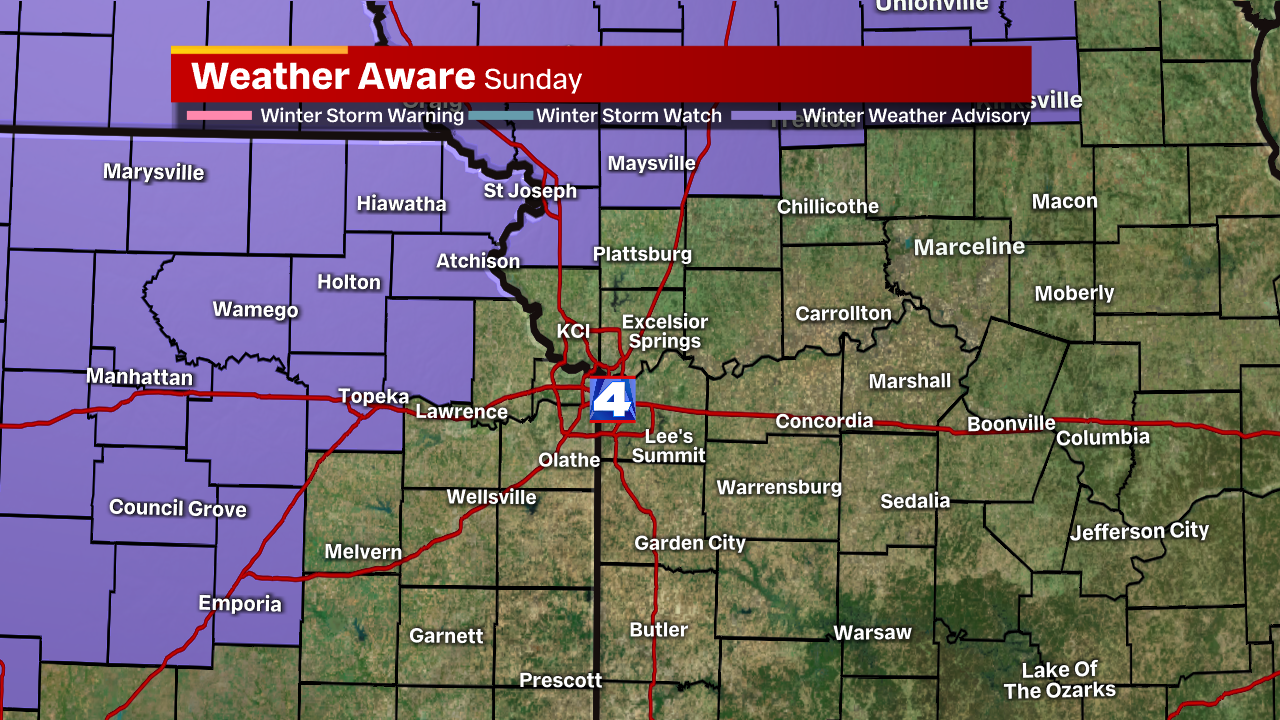 We had a great break from any snow or wintry precipitation Saturday, but Sunday we’ll have a brief return to some of that stuff. A Winter Weather Advisory is Sunday for areas NW of the immediate metro. 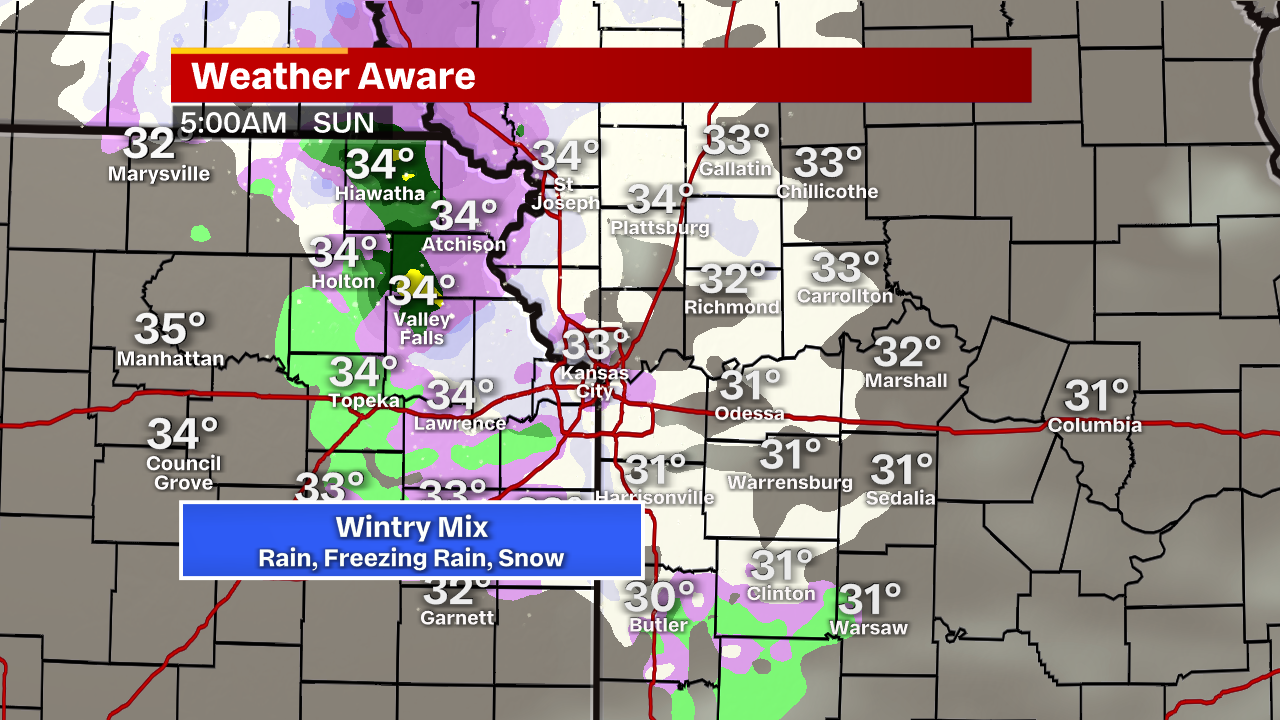 This doesn’t mean if you’re not in the Winter Weather Advisory area, you won’t be impacted. I think a few of these areas may actually be a bit more slick early. Freezing rain and snow could fall early. This should be when temperatures are the coldest and some untreated surfaces or bridges could get slick a little sooner. This is a far cry from when everything fell and stuck immediately just a week ago. But this could impact you earlier in the morning. 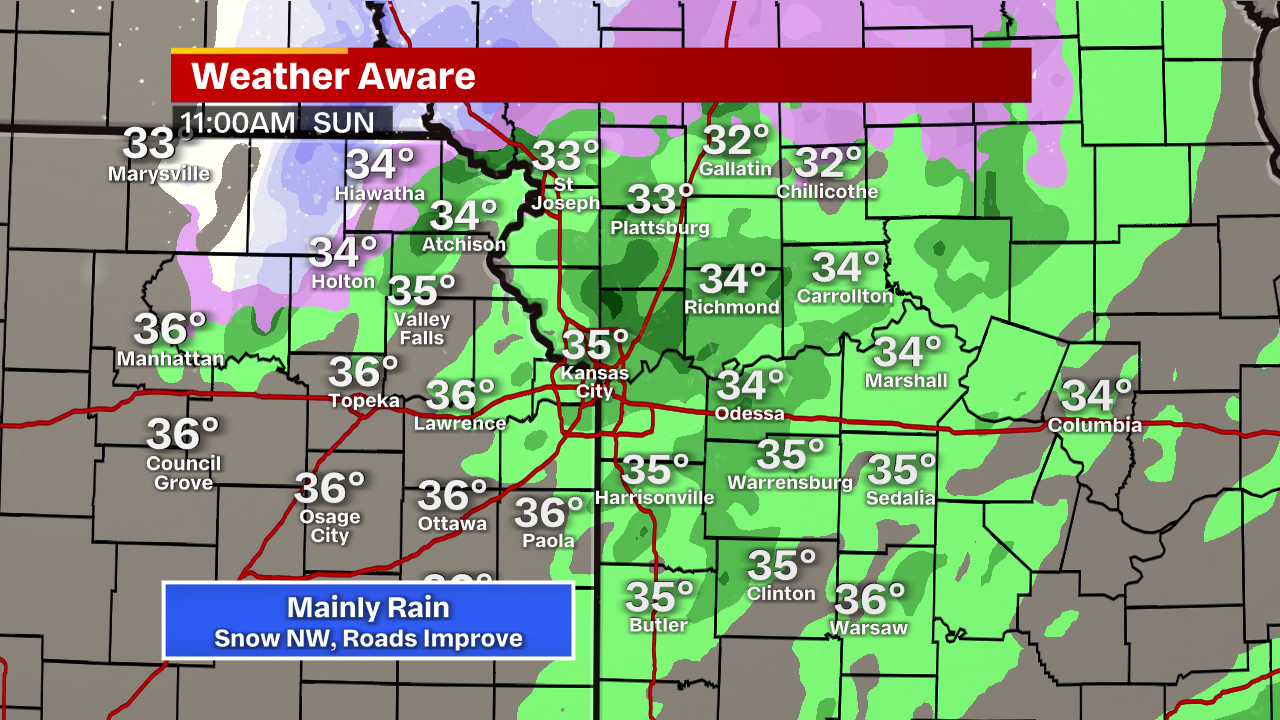 As the day goes along, temperatures will rise through most of the area. That northwestern area that’s under the Winter Weather Advisory? That’s where some light accumulation and continued slick roadways could be possible. 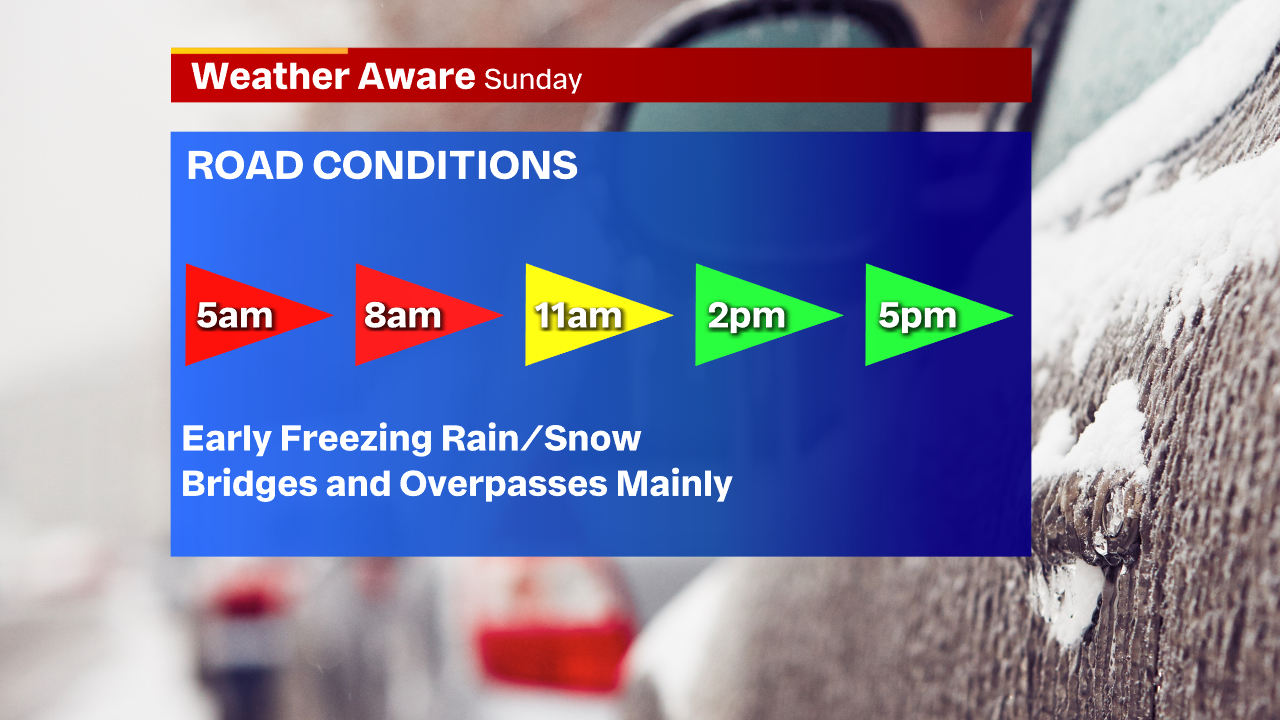 Slicker conditions will be possible early on Sunday, especially on elevated surfaces. Keep in mind, this is a lot different from what we encountered last week when it was super cold. Temps will be above freezing a good majority of the day and the ground is still relatively warm. This won’t be the kind of “cancel your morning plans” forecast, but it’s more of a “heads up” as things could be a bit slower than normal. Little to no accumulation is expected.