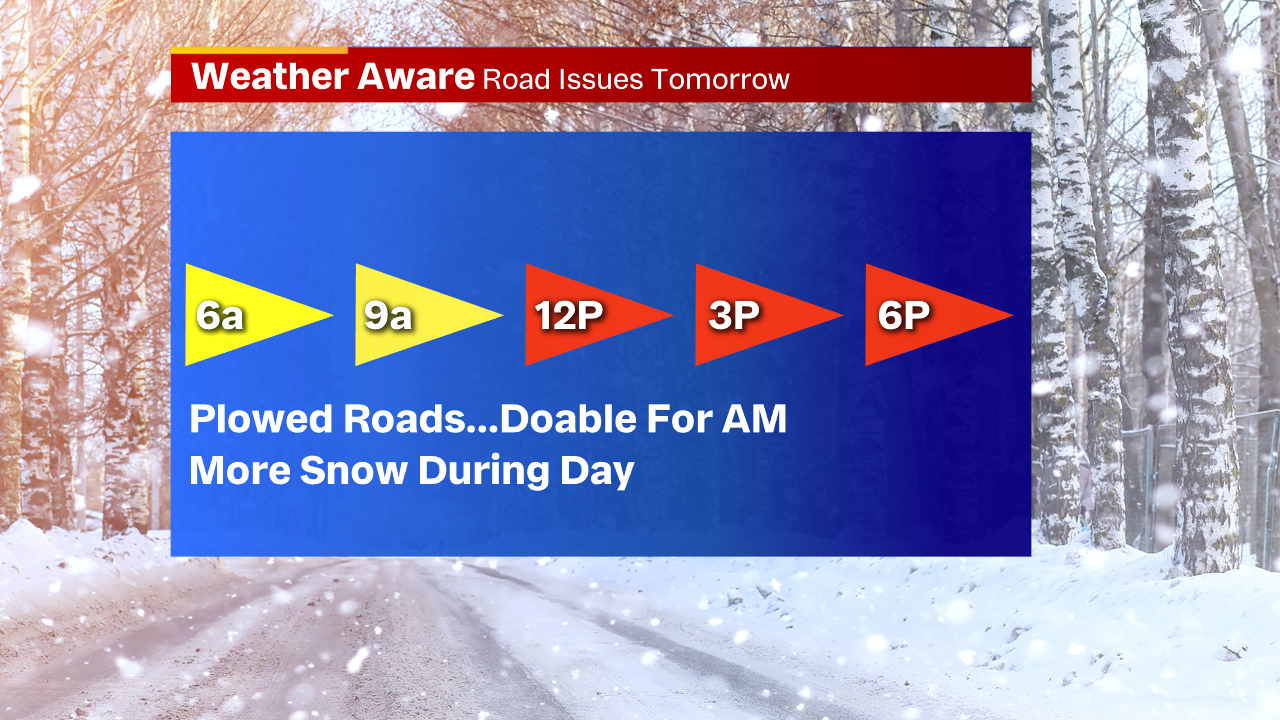 After many locations received between 4-8″ during the day on Sunday, we’ve got a break. That doesn’t mean the roads are fully clear, but conditions are improving out there.

The quiet won’t last long, however, as our next round of snow arrives Monday. 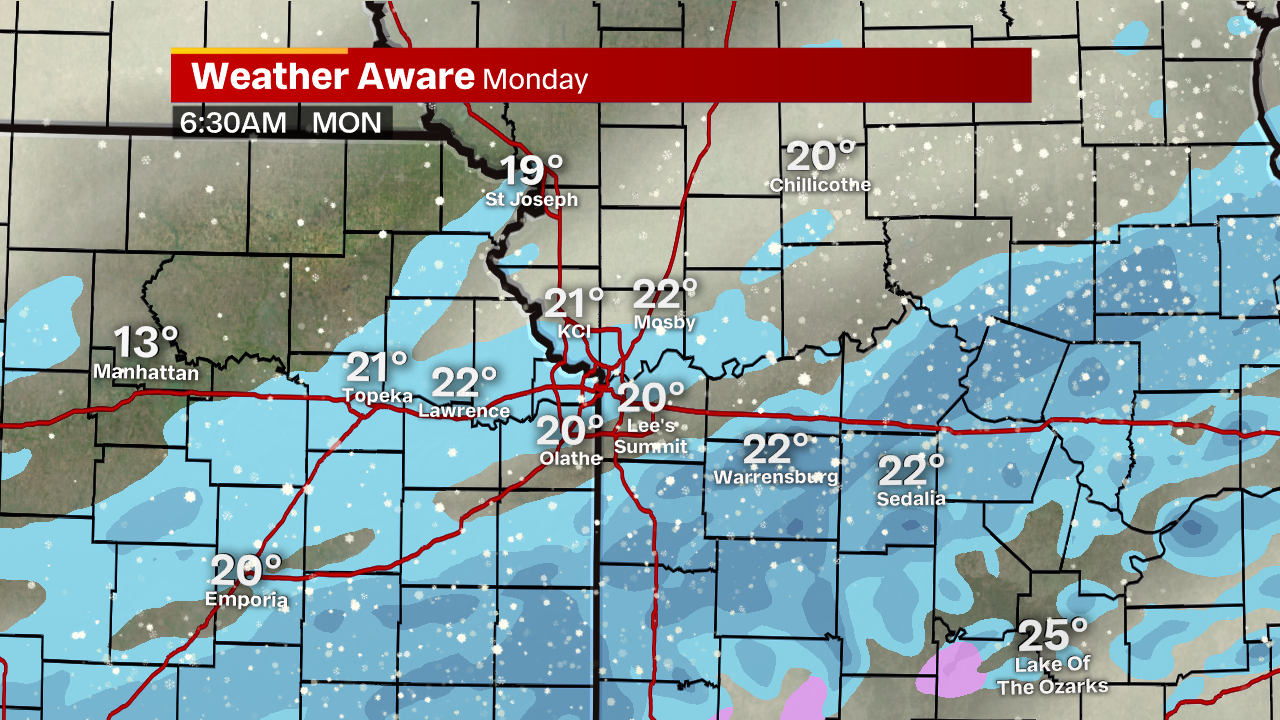 We’ll remain Weather Aware for Monday with light snow beginning during the morning rush hour. Unlike Sunday, though, this will be more limited to areas south of the metro. 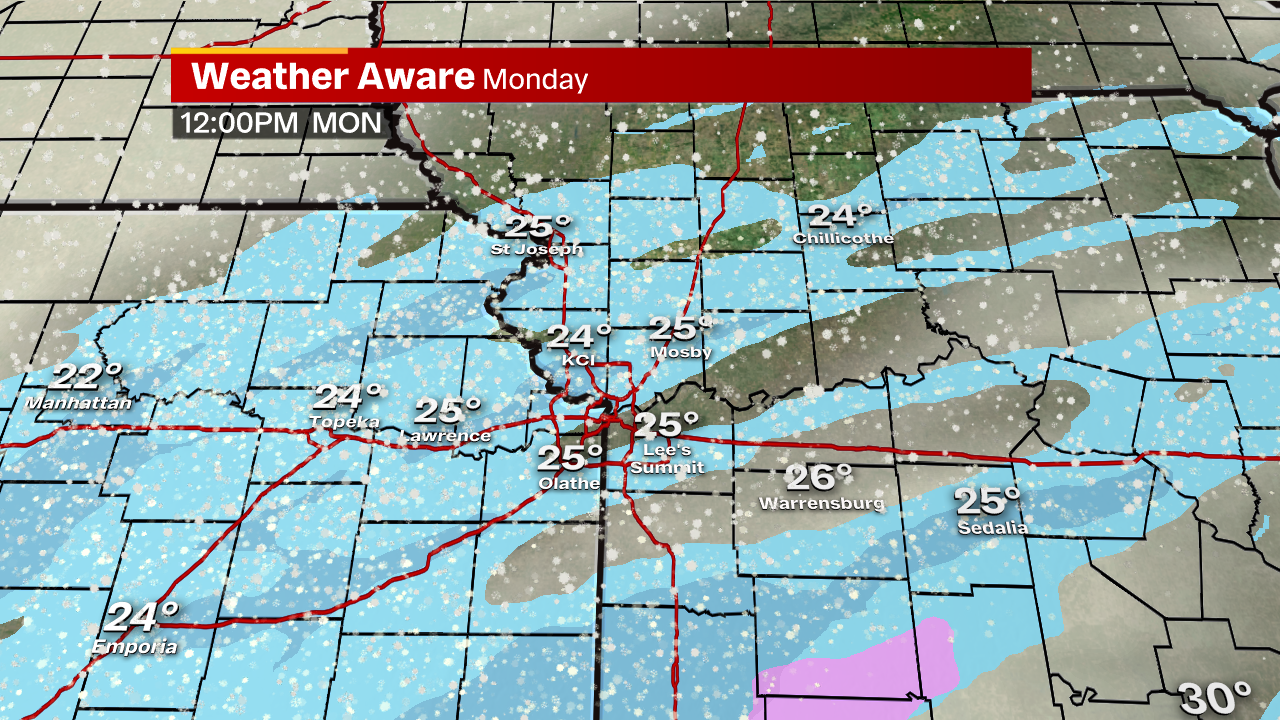 Snow will spread further north later in the day. While we’re not going to see as much snow as we did on Sunday, heavy bursts are going to be possible at times.  Road conditions will worsen throughout the day. 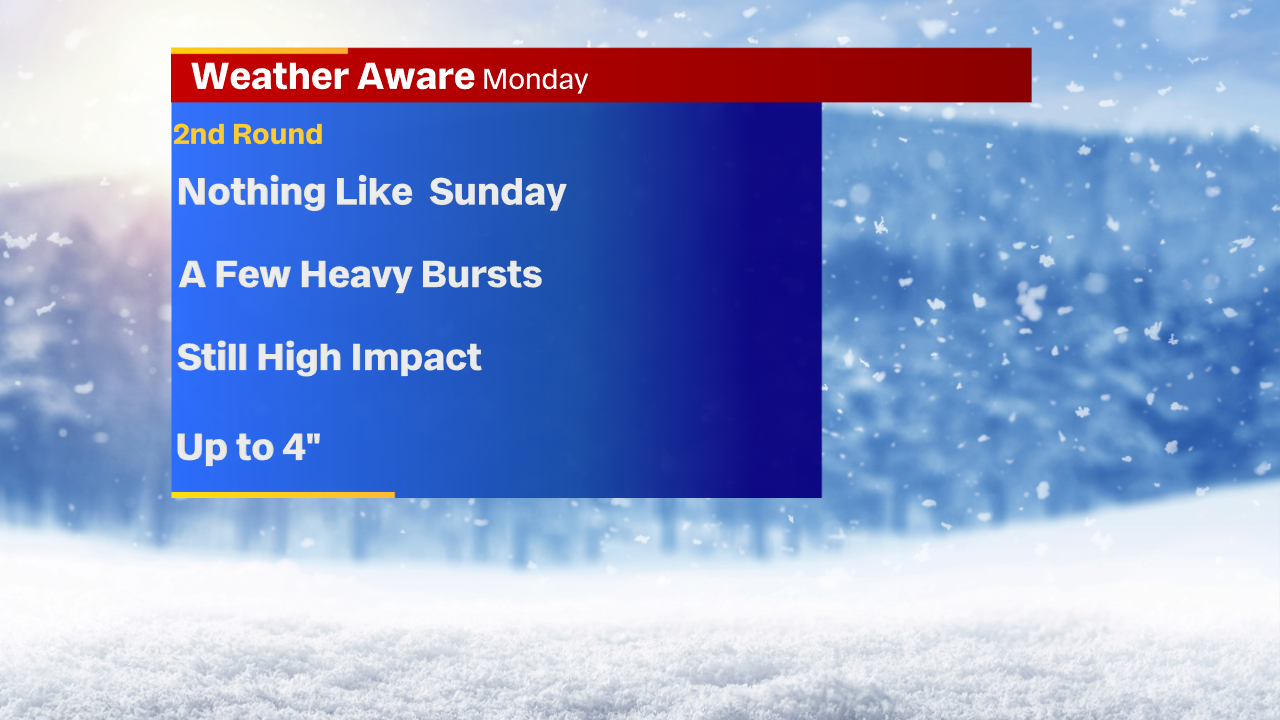 Our second round of snow is nothing like Sunday. Don’t expect a lot of area-wide snow. That doesn’t mean impacts won’t be felt on the roads, even with a little bit of snow. 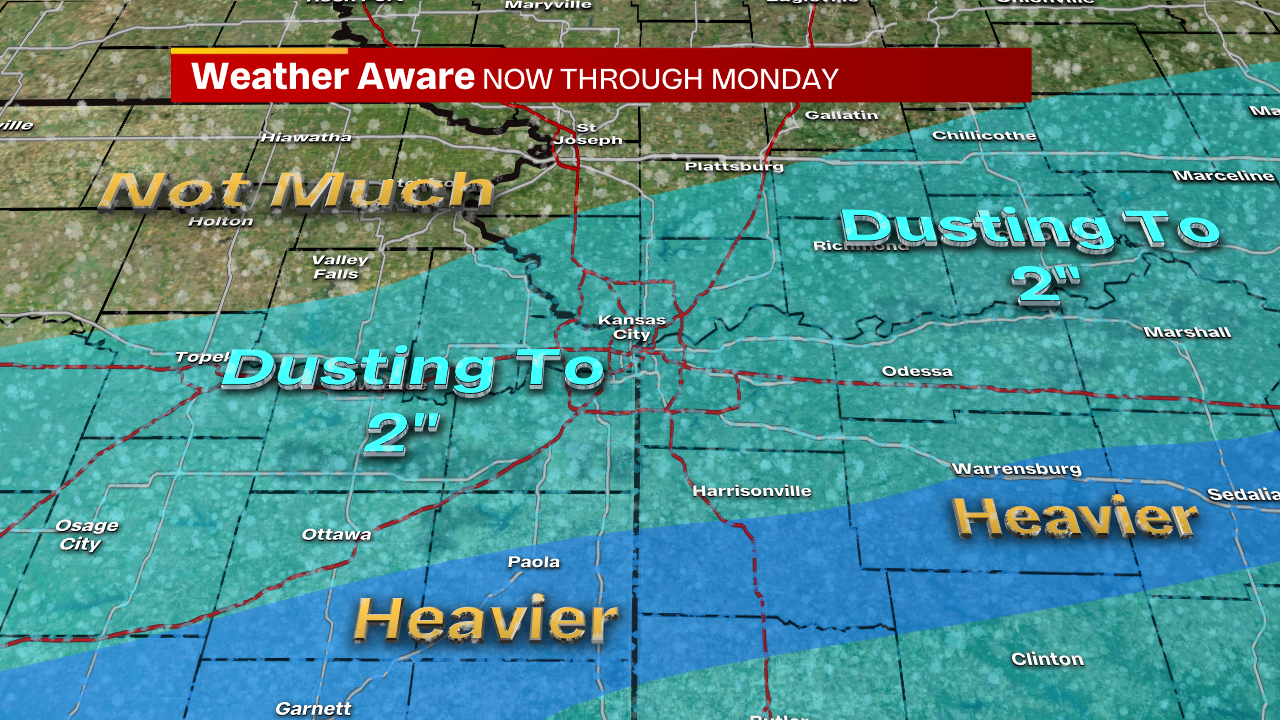 Higher accumulations and heavier bursts of snow to the south may garner upwards of 4″ of additional accumulation by the end of Monday. The further north, and especially west you are, not much snow at all!

Strong to severe storms have been bypassing the immediate metro this morning. Those east of Kansas City has seen heavy rain, hail, and tons of lightning, but that'll be shutting down by late morning. The afternoon will be dry with highs only in the mid 80s. And that afternoon forecast could easily be used for the next several days as a pleasant and cool upcoming weather pattern! We're tracking the weekend forecast right here!