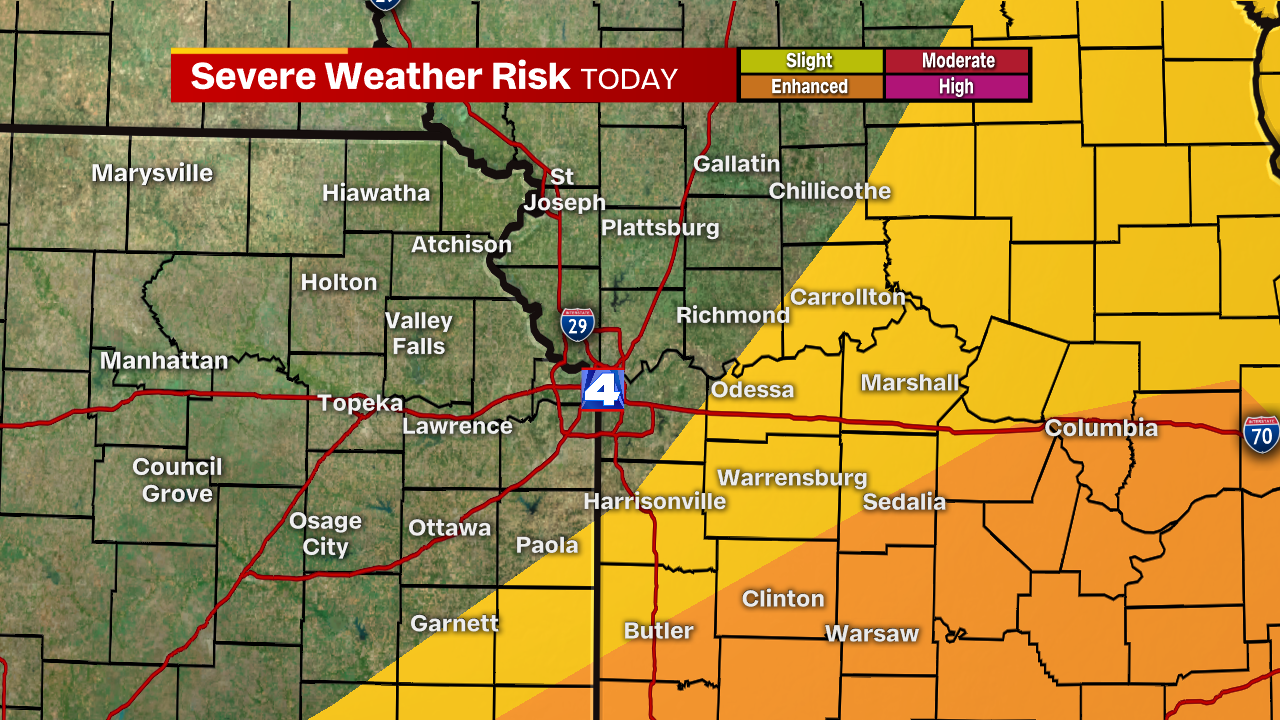 The FOX 4 Weather team has mentioned the possibility of severe weather this afternoon for a couple of days now, but I wanted to provide an update. The immediate metro is slightly removed from the 2nd of 5 (Slight Risk) area. Does that mean the entire metro is going to miss out on severe weather? Not at all! I’ll explain the main threats for us and why areas to the SE are expecting stronger storms. 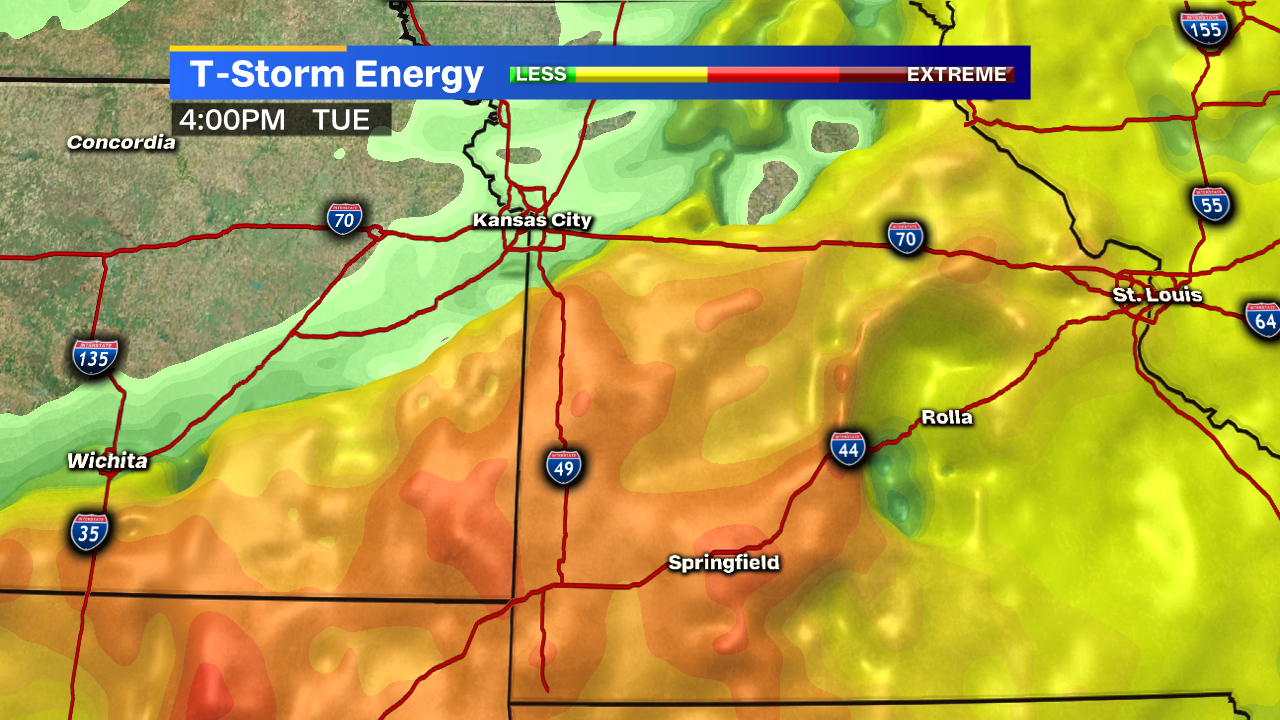 There is a higher concentration of CAPE (for weather nerds, that’s Convective Available Potential Energy) to our south and east. For the rest of us, let’s just label it “T-Storm Energy” and mention that it’s going to fuel much stronger storms south and east of the metro. But notice how there is still some around the metro and points north? That means we still have the possibility of some stronger wind and smaller hail, but not EVERYONE may reach “severe” criteria of 58 mph wind and 1″ hail. 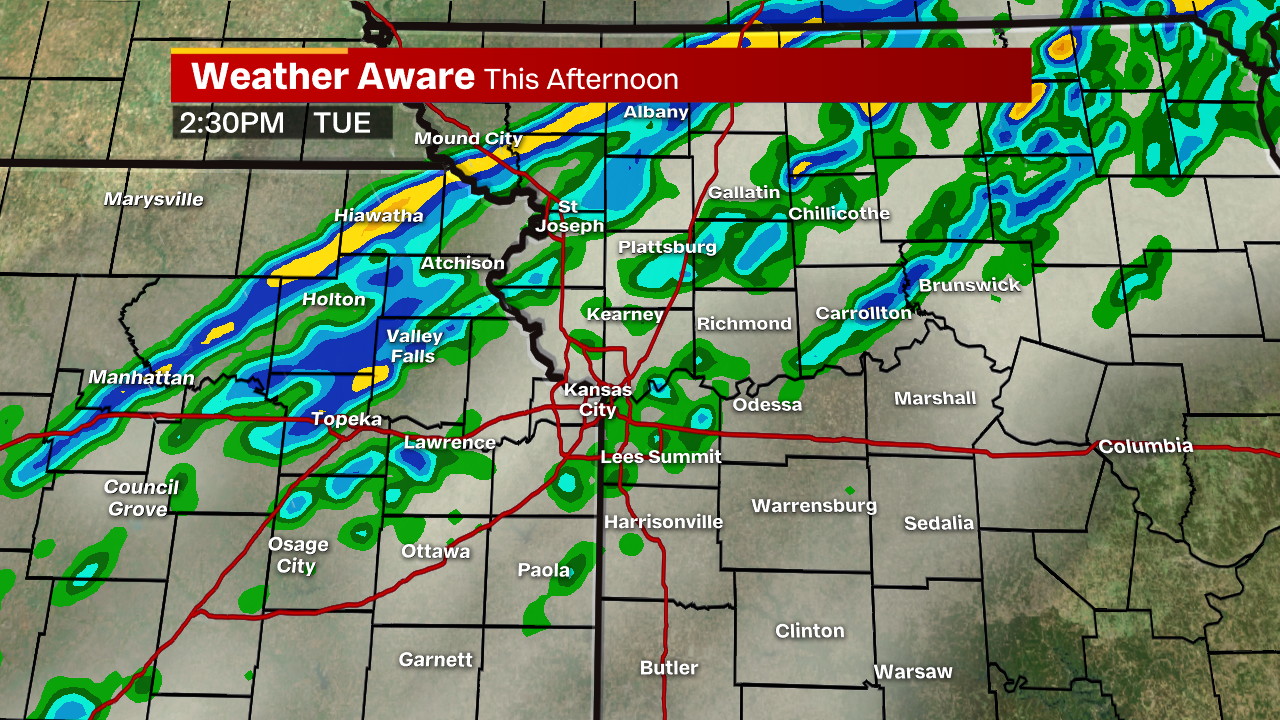 We expect these storms to continue to develop along this front over the next couple of hours.  After 2 p.m., we should expect a more broad line of showers and storms. 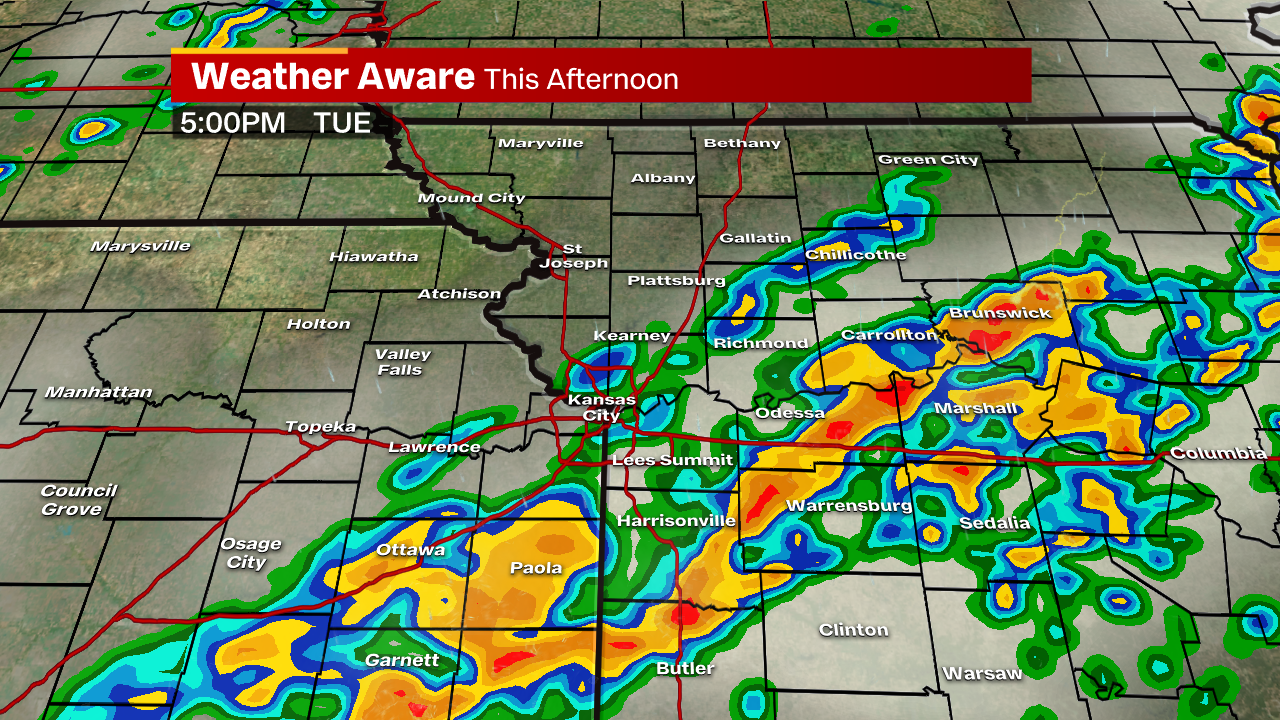 Between 3-5 p.m. is probably the best time for severe storms to develop around the metro. Notice where the deeper shades of red are? Where there’s a bit more of that “T-Storm Energy.” Once again, that doesn’t discount the immediate metro but if you don’t get a crazy storm in your area and we’ve been mentioning the possibility: this will be the reason. 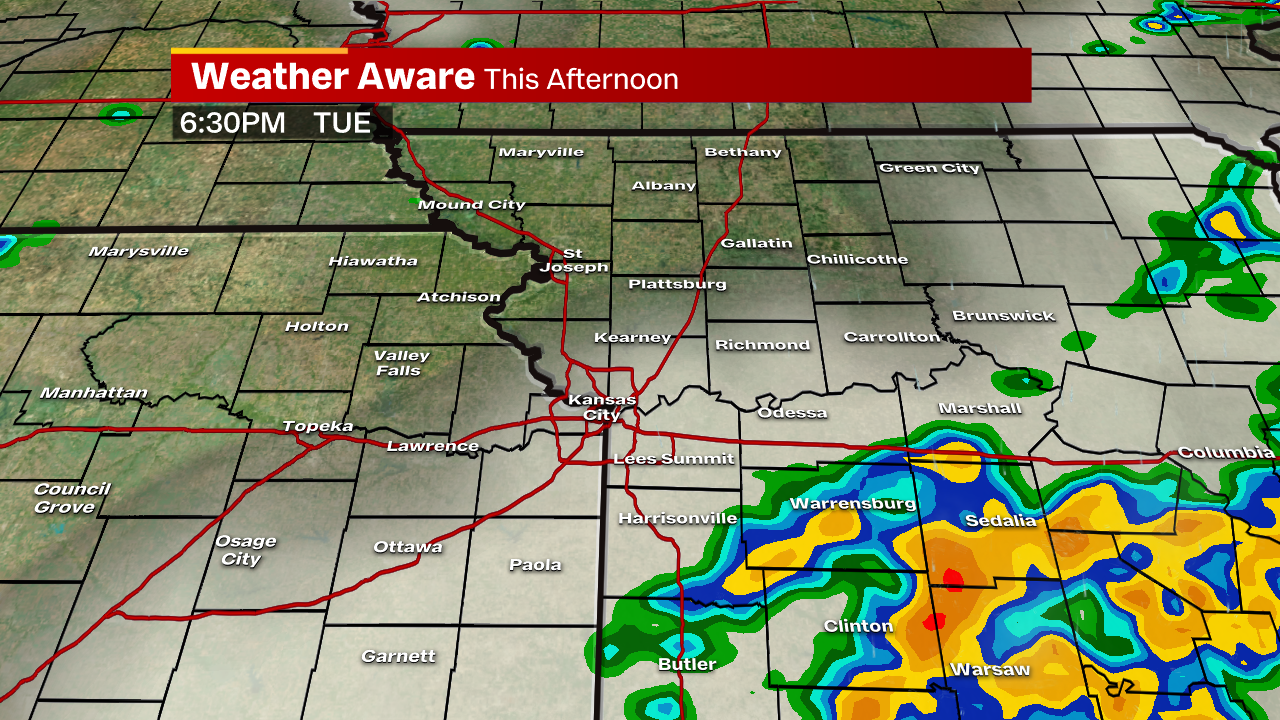 Storms area mostly off to the SE side of the state at this point but may hang around Butler, Clinton, Sedalia later on. 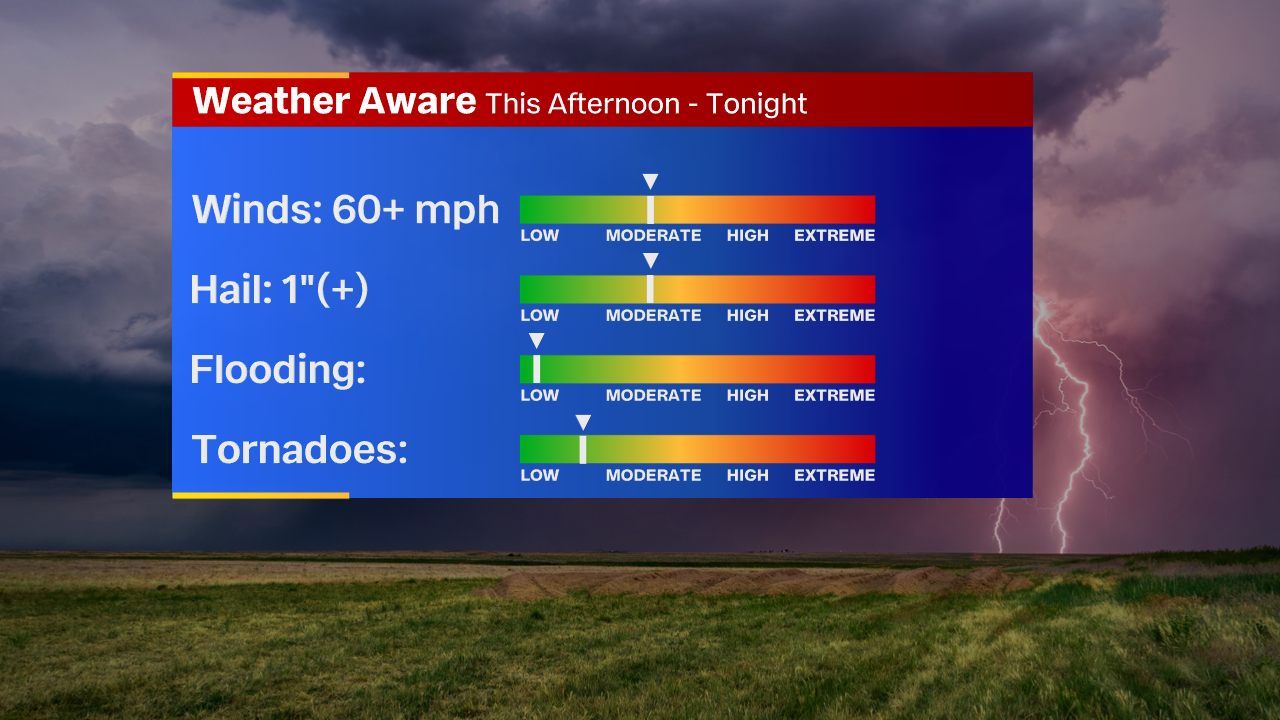 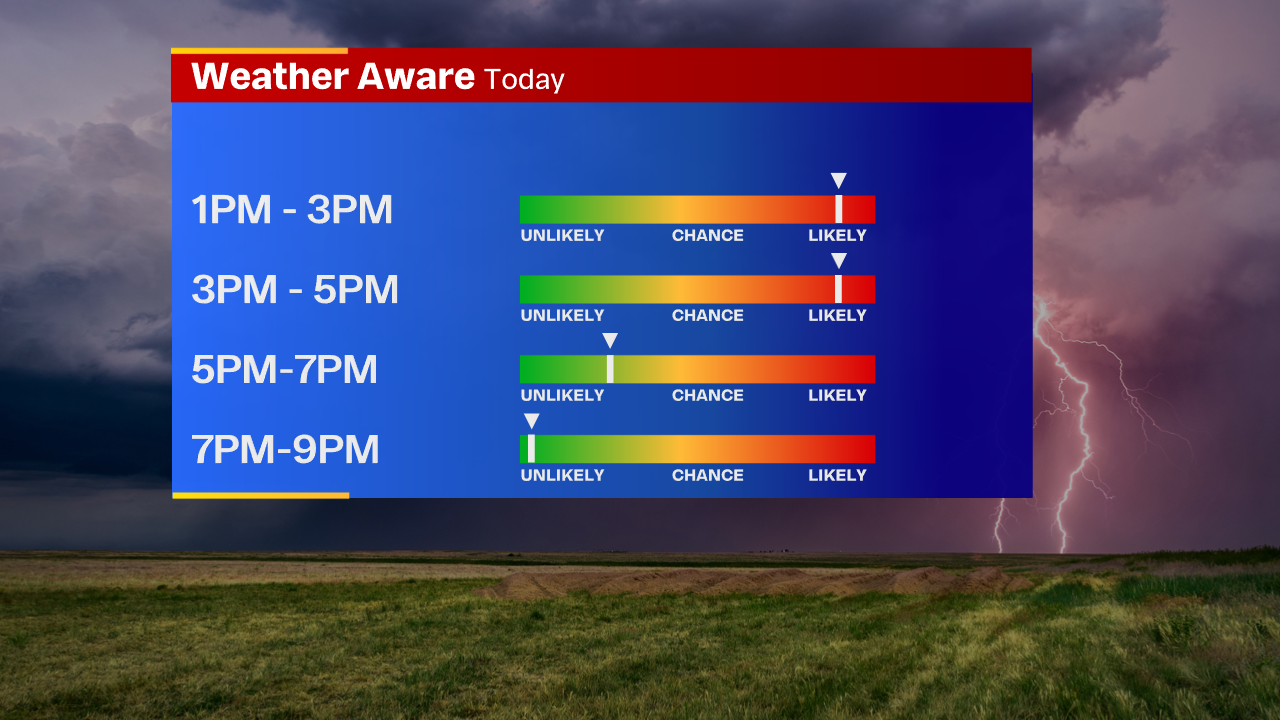 Our most likely window is anywhere from 2-5 p.m., this evening. Most of this moves off to the SE closer to sunset and this is really something we don’t need to worry about tonight. Wind gusts in excess of 60 mph and some larger hail are possible. It would not be surprising to see golf ball-sized hail in storms south and east later in the afternoon. We’ll keep you posted as the afternoon moves along!