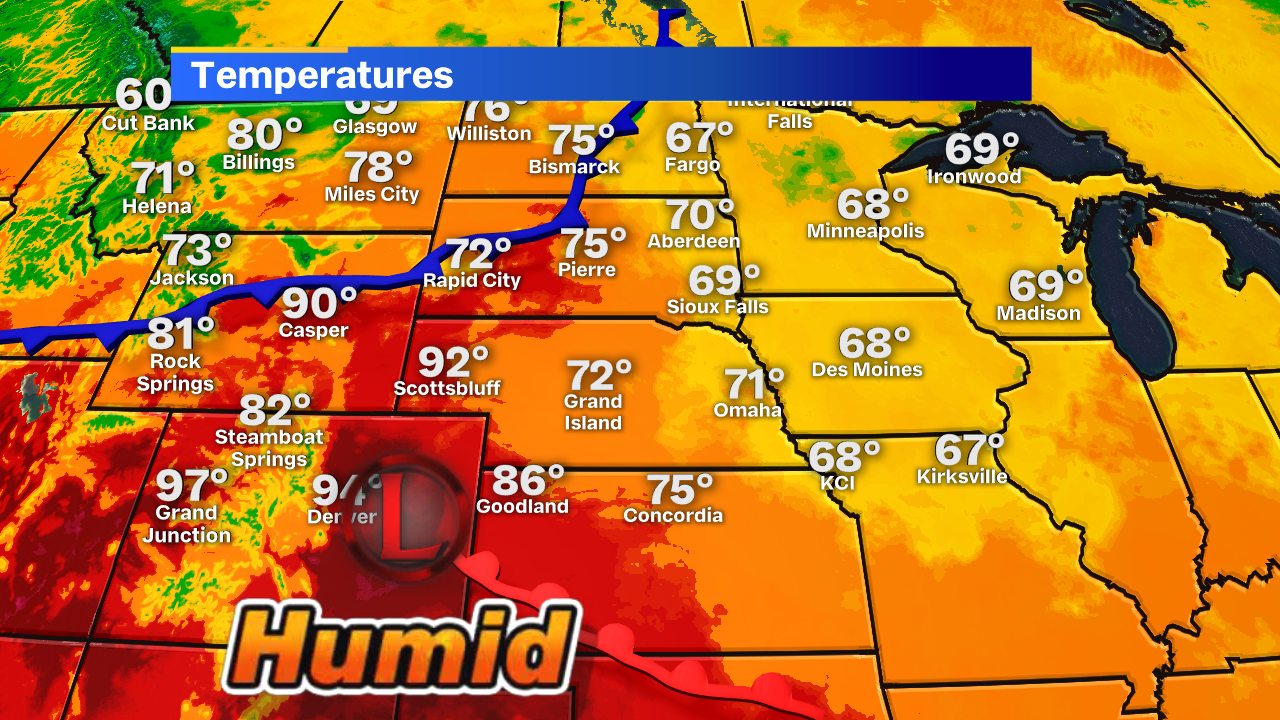 I bet you didn’t expect that we’d be mentioning a pretty good severe weather threat after the Sunday we’ve had, but here we are.  The system that plagued us all day Sunday and brought over 2″ of rain to many areas is slowly exiting and will make way for our next frontal systems.  Despite some early fog and drizzle, a warm front is poised to move into the area Monday and boost our temperatures and bring up the humidity.  As one front draws closer, the other moves in as well.  This cold front will be one of the significant factors in the development of severe weather Monday. 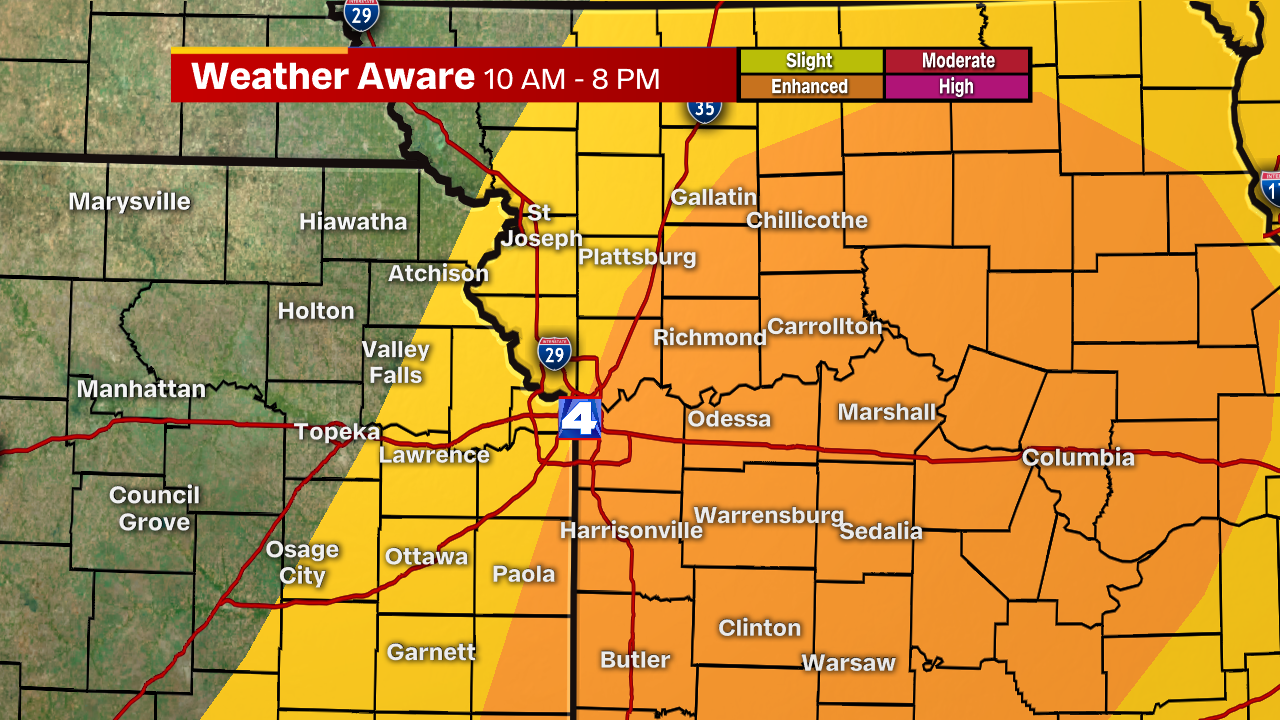 I want you to remain Weather Aware Monday late morning into the early evening hours.  The only reason that there such a large time frame is because of the movement of this front.  I think areas in northern MO will be affected by mid morning as the front draws closer.  But as that warm front increases our moisture and instability, we’re going to have more storms develop later in the day once that cold front interacts. 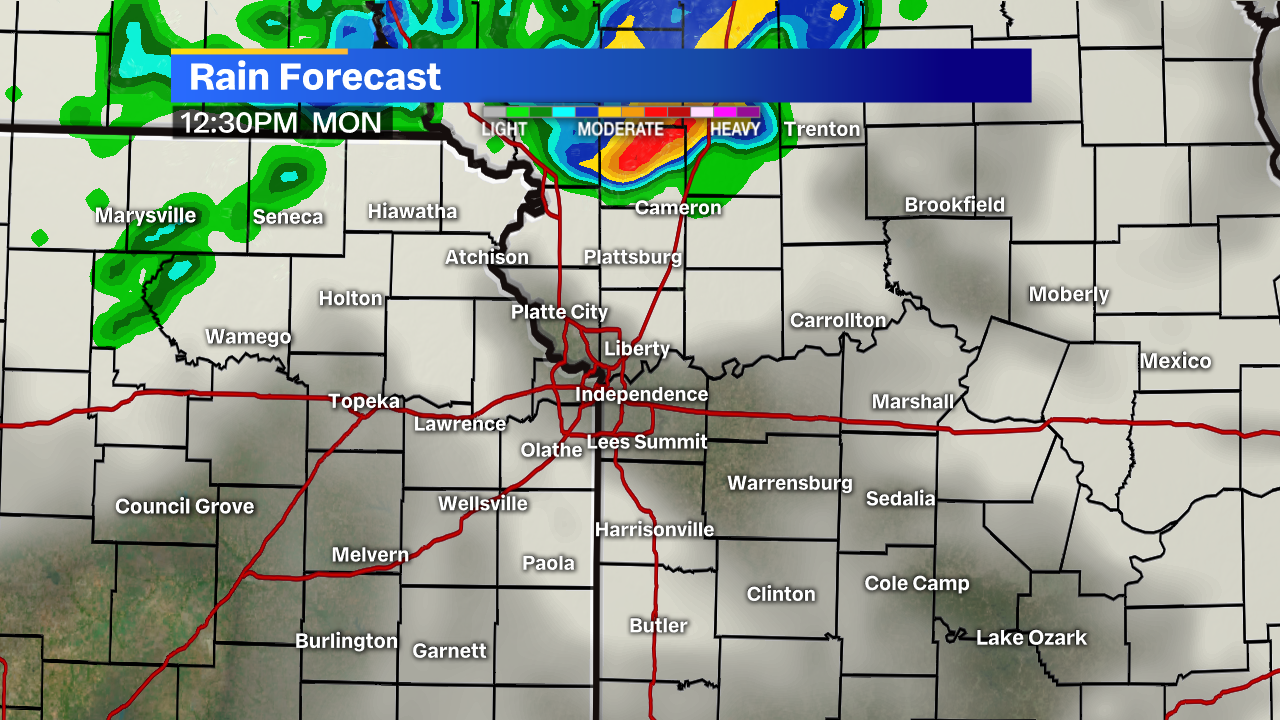 This is just one of the looks at projected radar for Monday.  I don’t expect that you’ll have a problem Monday morning with anything other than some fog and drizzle.  Late morning and early afternoon is when it starts to get going a bit more. 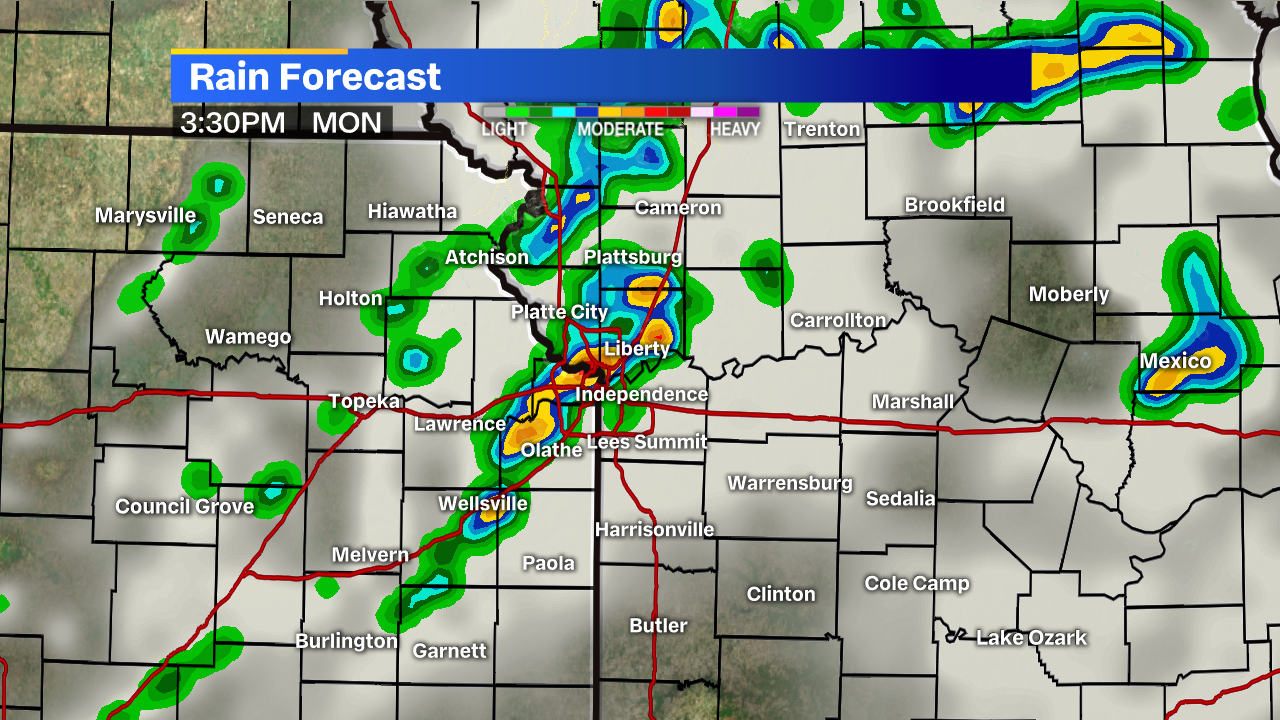 At this point, we can’t rule out any specific type of severe weather.  Things will really start to ramp up by late afternoon and early afternoon in a more defined line along the cold front.  That means you need to be specifically aware of things as you pick the kids up from school or head home from work. 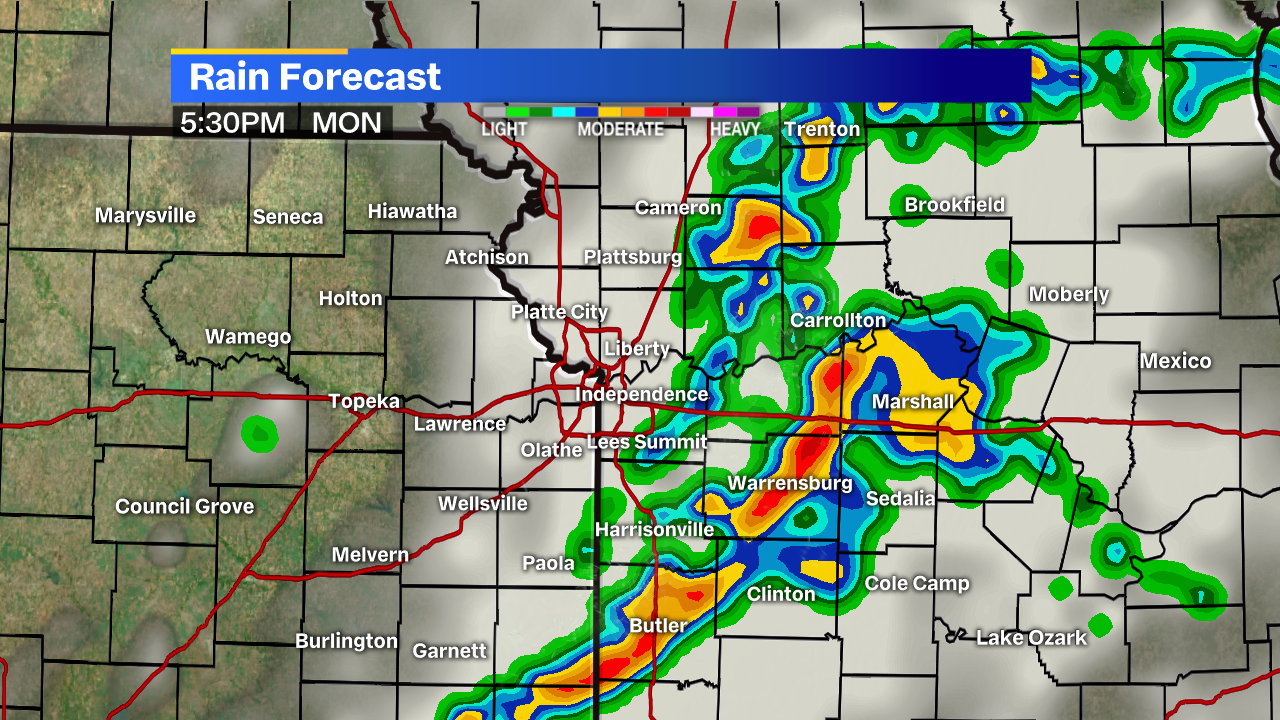 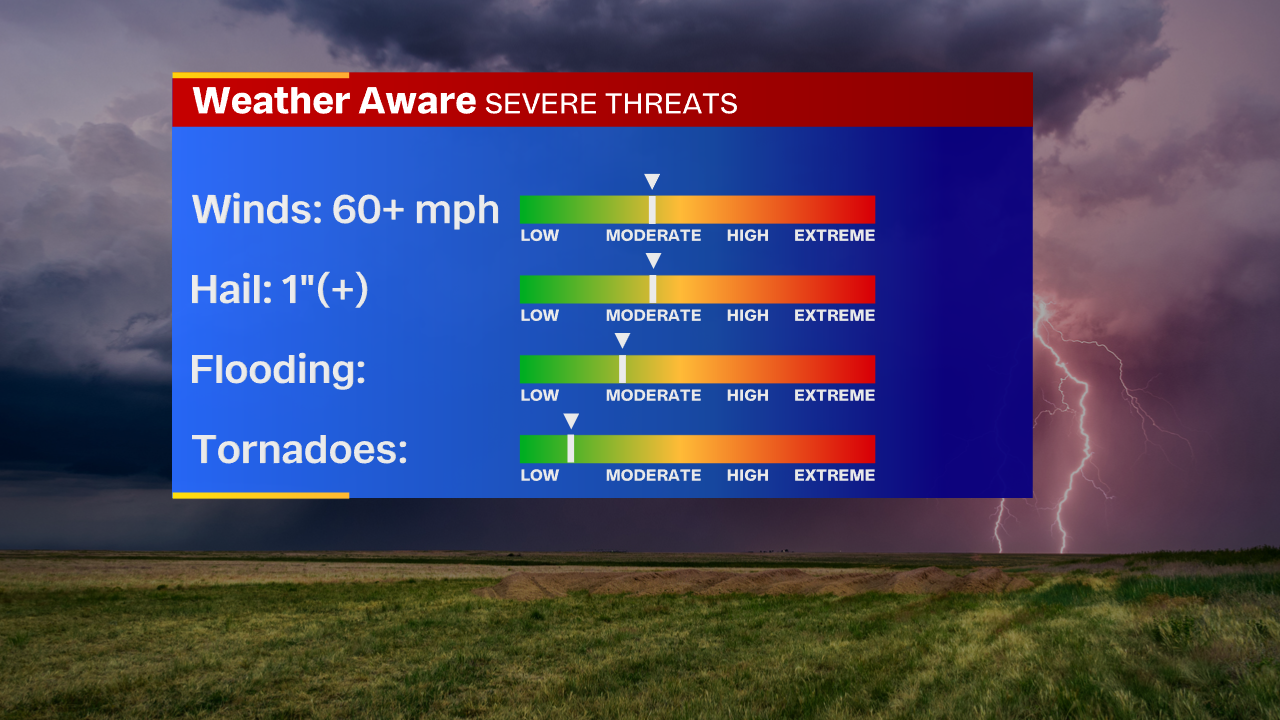 As I mentioned above, 60-70 mph wind gusts are going to be one of the main threats.  In addition to this, 1-2″ hail is also a possibility.  We haven’t seen much of that around here recently, but that could be an issue if it times out closer to rush hour.  Flooding isn’t one of the greatest concerns, but I don’t want to rule it out either.  Several areas are already saturated after Sunday’s rain.  Last, but of course not least: tornadoes.  While it’s the lowest concern above, it’s always a major concern of ours.  We can’t rule out a couple of them developing.  While they look like they’d be on the smaller side if they develop, that’s no reason to discount them.  Follow the FOX 4 weather team online and we’ll continue to keep you posted with updates while you’re at work and school and stay Weather Aware.

Larger hail remains to be the main threat for us with storms that develop overnight. Our window for severe weather will diminish over the next couple of hours, though. Some areas may not get any rain at all overnight and will wake up to warm and humid conditions as the wind picks up significantly. Joe's latest podcast: If you run a private business, especially if you rely on specific weather…