Sights like this were fairly common throughout the metro Wednesday morning as a line of strong thunderstorms moved through our area.  These shelf clouds preceded some pretty decent rainfall and a wet start to the morning.  Thursday looks to set up a bit differently, however. 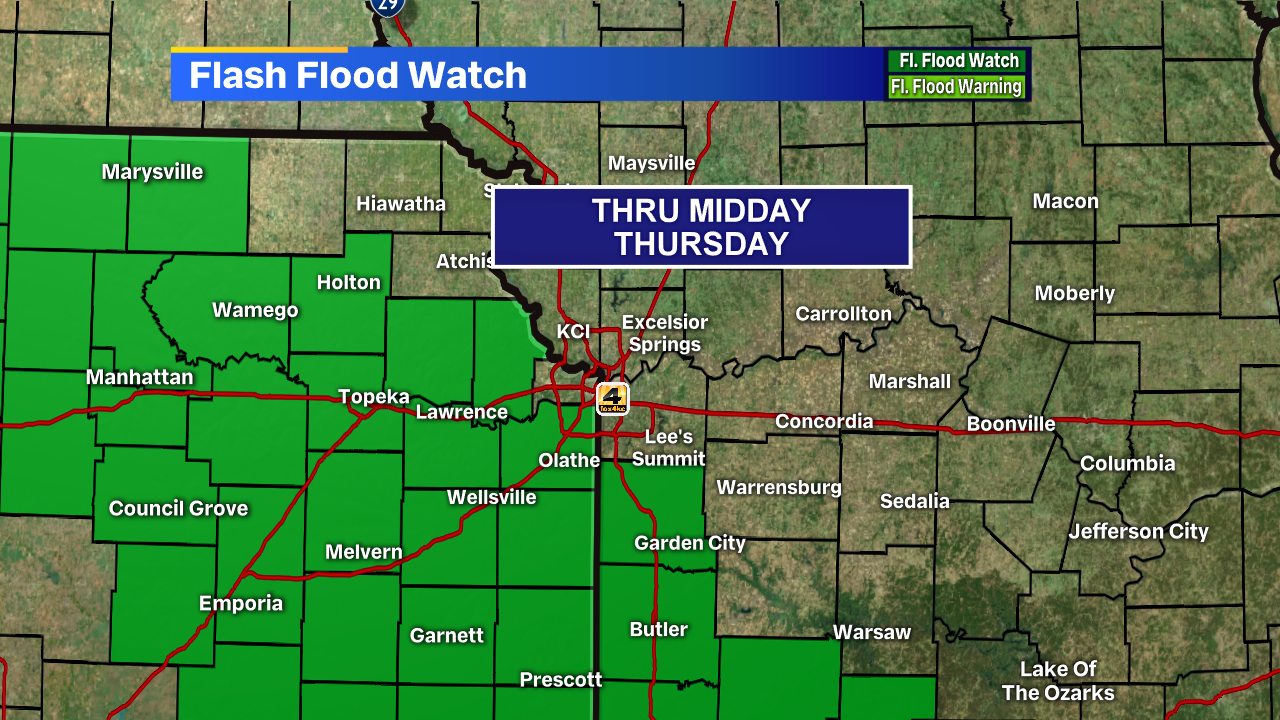 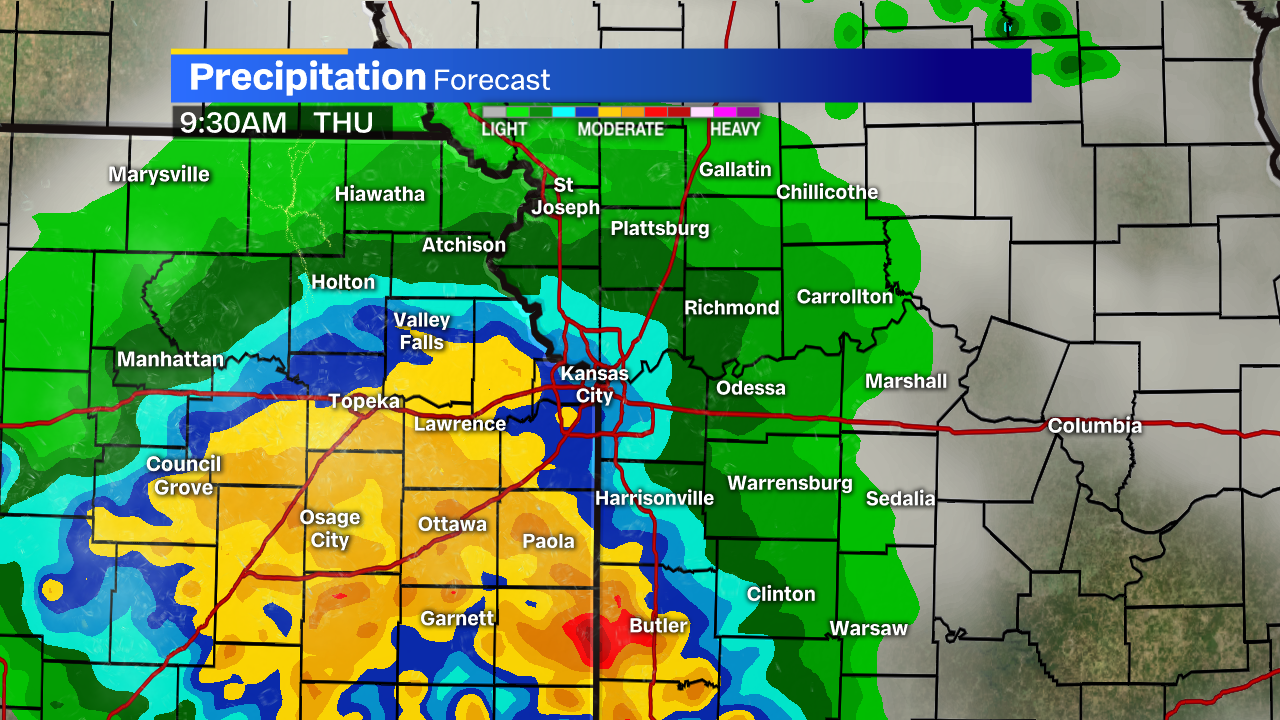 To be clear, many areas in the metro will get rain Thursday morning.  The biggest difference in comparison to Wednesday morning’s storms lies in the concentrated areas.  I think there’s going to be a pretty well defined band of rain setting up from Butler back to Manhattan.  This will include Lawrence, Paola, Ottawa, and Garnett among other locations.  Areas in the metro will still get a little bit of rain, but don’t be surprised if you get a 1/4″ or less the further NE you go! 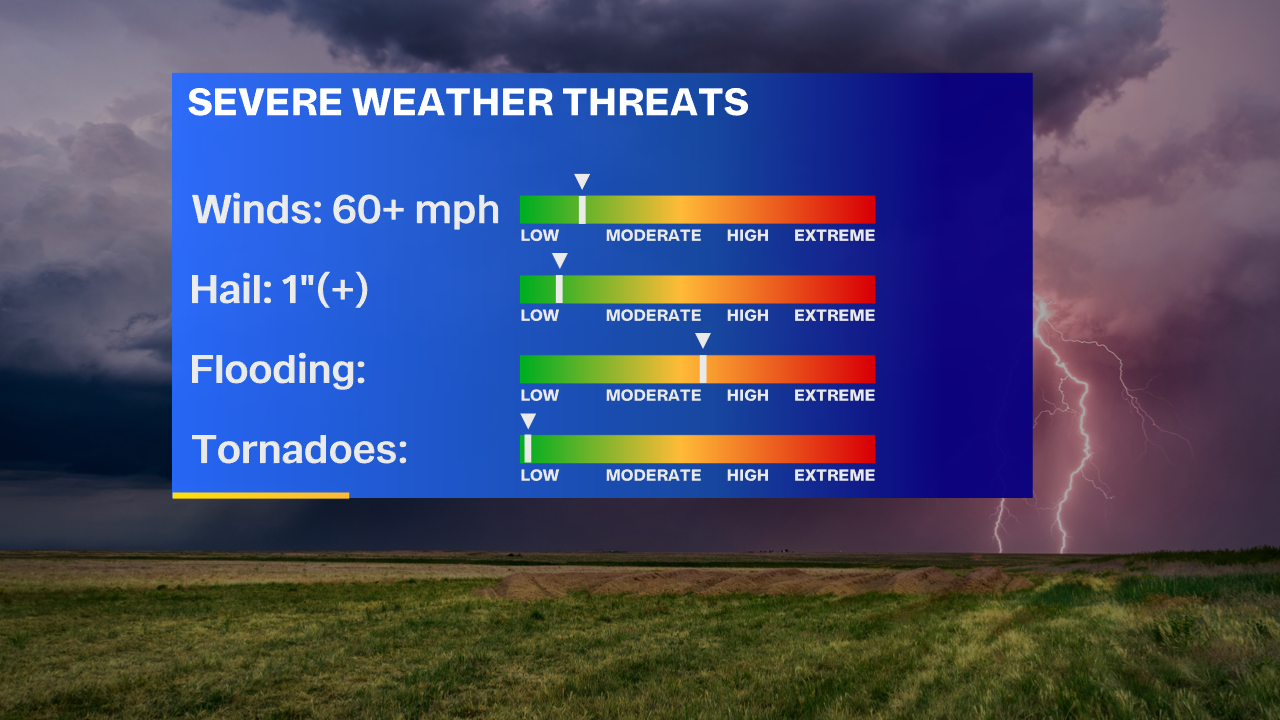 We’ve had a very small handful of severe thunderstorm warnings due to smaller hail and gusty wind.  I want to stress that I don’t think severe weather is a huge issue with these storms.  Sure, wind gusts and hail are possible, but the biggest threat will be flash flooding. 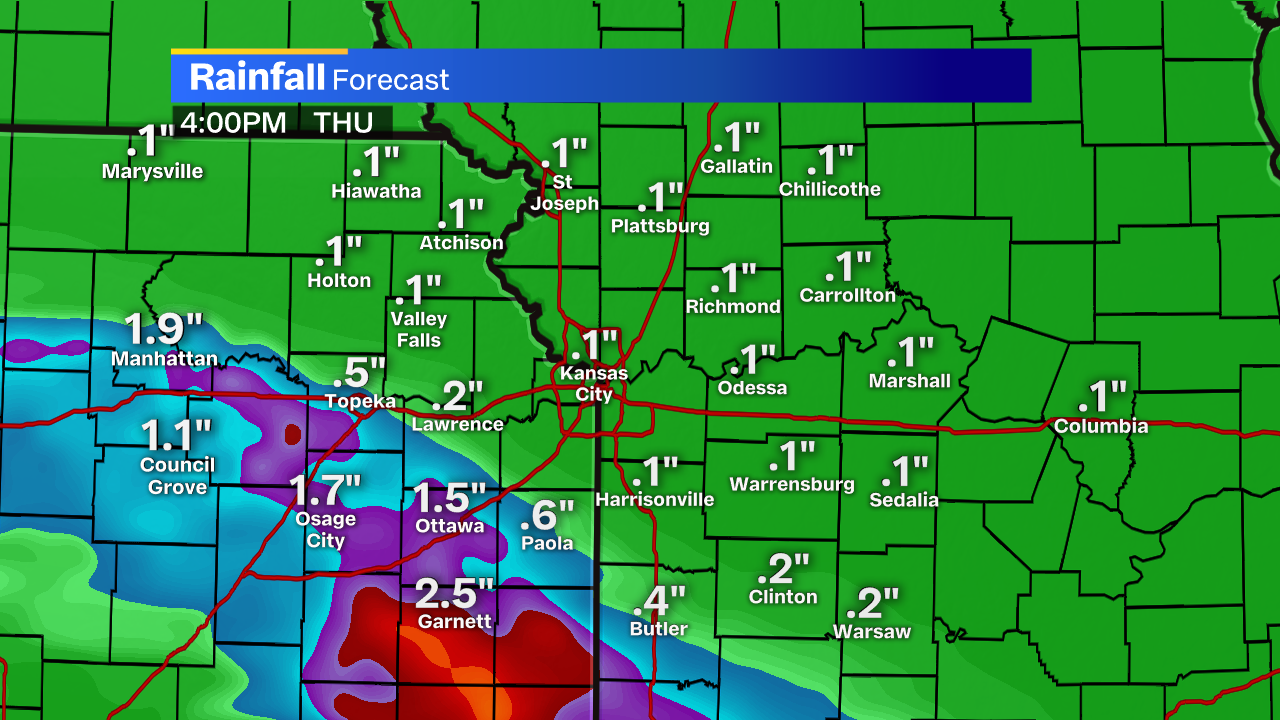 To recap: most of us are going to get some rain.  The further northeast you go? You’re less likely to get any significant rainfall.  There will be a pretty significant band of 2-4″ rainfall in the areas I mentioned above.  Don’t get hung up on the specific heavy band above TOO much, but it’s a pretty good idea.  There could even be a few locations that get over 5″ of rain as well.  The clouds should clear out in a similar manner to Wednesday by the afternoon.

The light snow is moving out this morning and will eventually take the cloud cover with it. Expect sunshine to return for the afternoon with highs struggling to make it above freezing. Temperatures start to moderate heading into the weekend ahead of our next weather system. We're tracking it in the updated forecast here! Joe's latest podcast: No polar vortexes? We’re about halfway through the winter season, and we’re seeing…

Missouri bill wants to make carjacking a felony, punishable by at least 5 years in prison

Missouri bill wants to make carjacking a felony, punishable by at least 5 years in prison