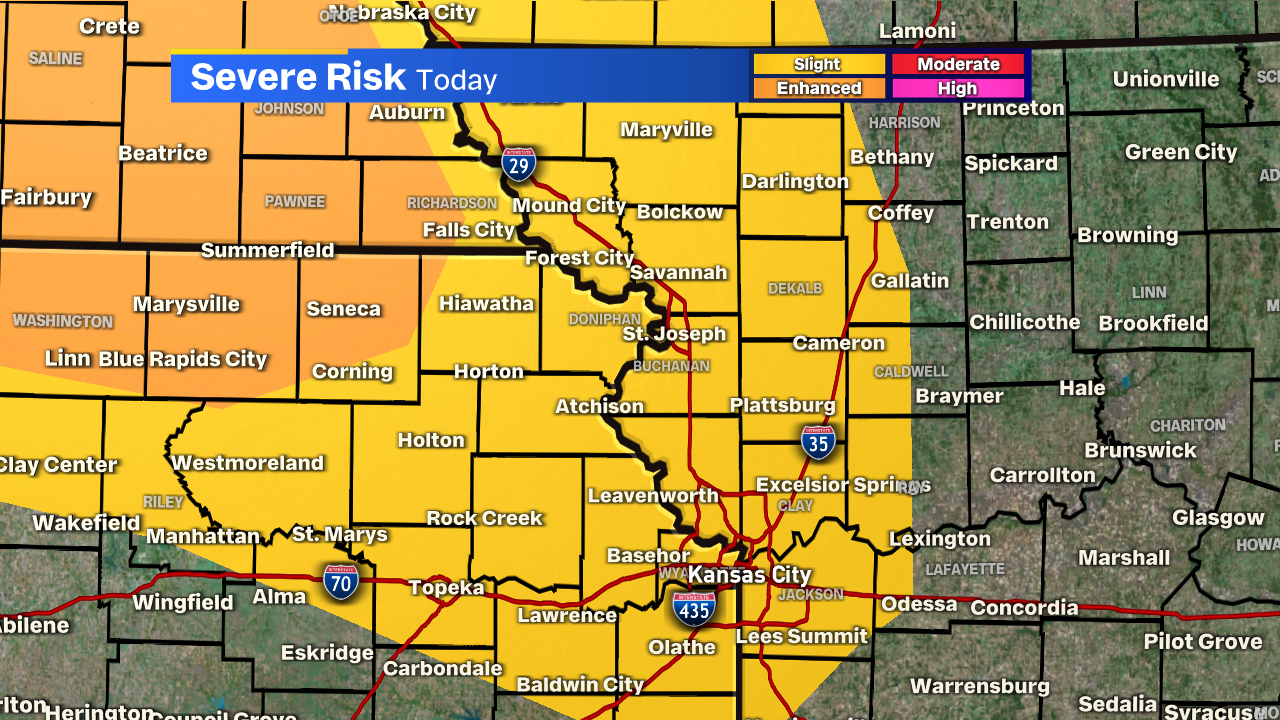 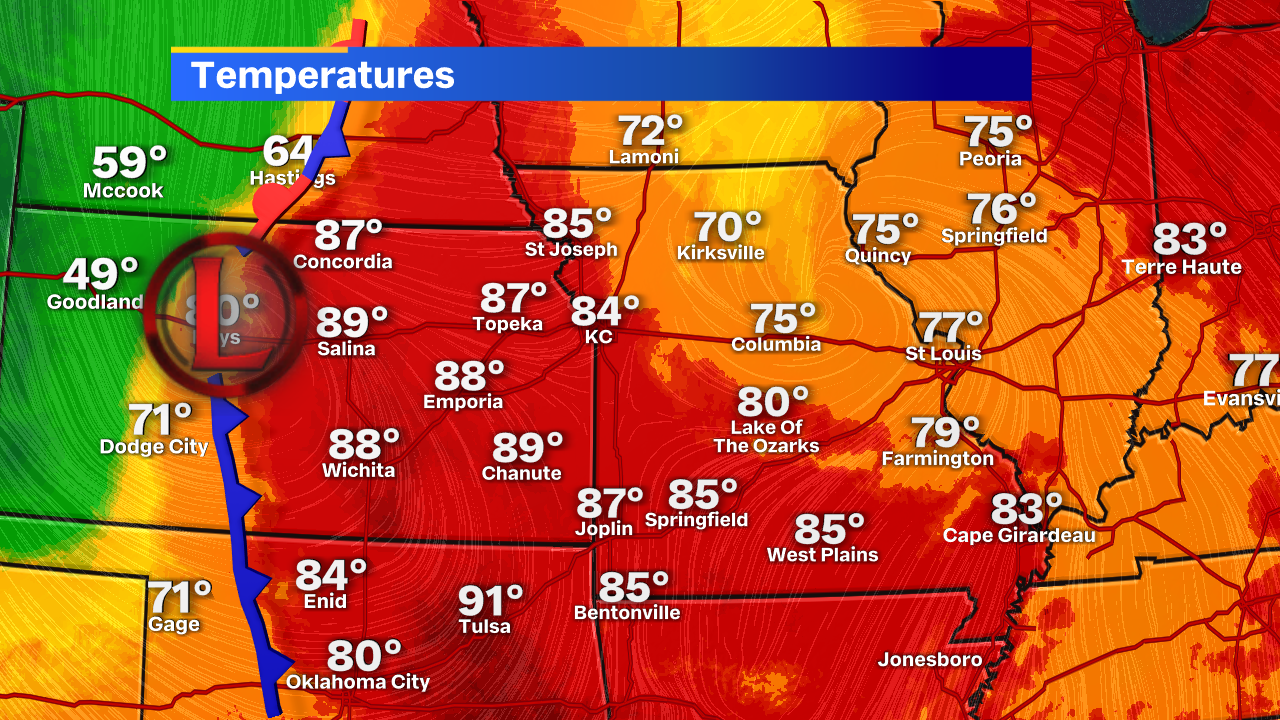 Here’s the reason for the dynamic setup this afternoon. An incredible temperature gradient near a cold air mass and two distinct fronts. A boundary ahead of this low will aid in our storm development later this afternoon. Those closer to the low and a bit north will see a greater likelihood for tornado development this afternoon, but that doesn’t rule it out for portions of the metro later today. 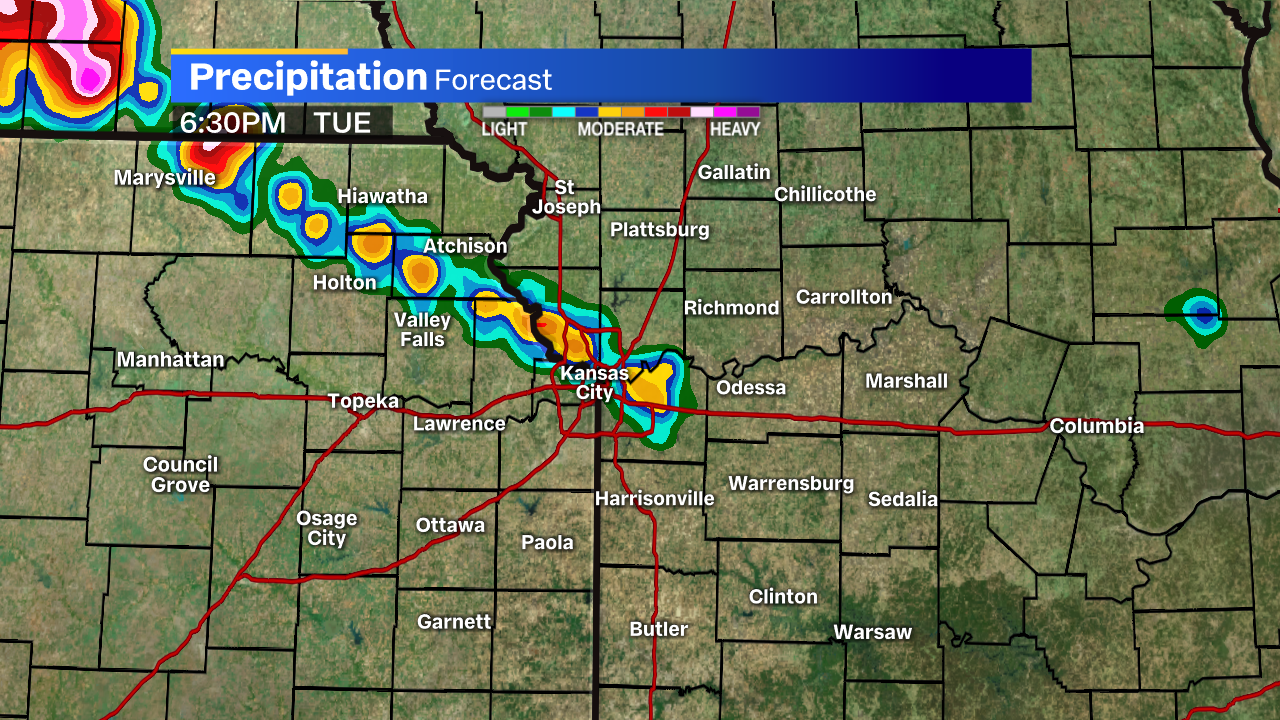 These storms won’t likely develop as a very large and widespread line. They’ll likely develop in a singular fashion before coming together in more of a line.

This type of development often lends itself to that brief “spin up tornado” term you’ve probably heard us mention in the last few weeks. There have been a few of these tornadoes that last under five minutes and are rated EF-0 on the damage/wind scale. They’re still wind gusts between 70-85 mph, so it’s something to be taken seriously. I just wanted to take a second to explain that a bit more because it’s something we have used. Personally, I’m not a fan of the “isolated” tornado phrase because it downplays it a bit, but that’s another story for a different day. 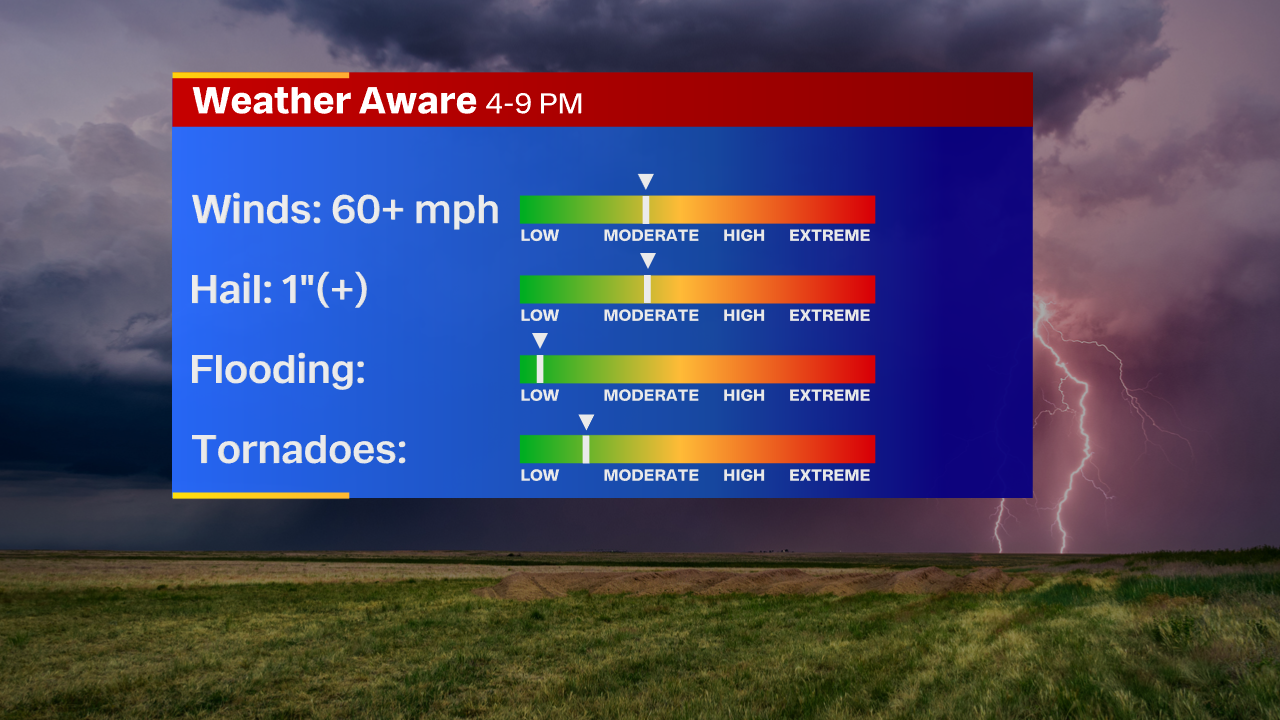 Our primary threat is probably going to be some larger hail and gusty wind damage with any of these storms that develop. This will be a very brief window this afternoon and evening.  Once the wind shifts, our severe window closes. It will begin to cool down significantly and more of a gentle rain moves in overnight with gusty, non-thunderstorm wind. We’ll keep you posted if any watches/warning are issued later today.

Can Congress save the live music industry before it’s too late?

New stimulus check plan would give even more money to families

Election officials preparing for changes, possible delays: What to expect when you vote