Good afternoon…not too bad out there right now with a mixture of sun and clouds in the region…overall the weather will be pretty good through Wednesday and increasingly warmer too! As a matter of fact the warmest weather of the somewhat young year will be at hand for Wednesday and Thursday…before changes and a colder air mass moves into the region to finish off the week.

My apologies yesterday about not getting a blog out. I talked to about 100 people at the Central Jackson County Emergency Management seminar yesterday and it sort of through my afternoon off before heading back to work.

Tonight: Variable clouds and seasonable with lows around 40-45°

Monday: Mostly cloudy and cool with highs near 50° or so.

Tuesday: Partly cloudy and seasonable with highs well into the 50s

If you attended the session yesterday where I was talking about fun websites to go to for weather information…all those links will be at the end of the blog.

As far as our weather goes…not bad today.

Temperatures are cooler to the north and warmer to the south with KC sort of slotted in between. The satellite picture shows clouds swirling around the region because of a storm across the Plains.

It is VERY apparent on the latest satellite images…

Well ahead of the storm towards the far SE part of MO where there are breaks in the clouds…the atmosphere is getting more unstable and there is an increasing risk of some severe weather developing today.

Winds and hail are the main threats.

As the low spins by…the cooler and moist air to the north of the KC area will flow southwards tonight and especially tomorrow…so hence the reason for the clouds expected. The midday weather map shows 40s (and a lot of them) across NE and IA.

That cool and damp air will be with us tomorrow. So we may start out OK from a temperature standpoint…near or above 40° but it may be a real struggle tomorrow to go anywhere assuming we stay cloudy all day. The GFS is warmer by almost 10° tomorrow…but that may be too optimistic.

We should be closer to average Tuesday and then warmer than average Wednesday.

The warm-up will be in direct result of off the western part of the USA this afternoon. You can see it off the coastline in the afternoon water vapor loops. These pictures enhance and show the upper level moisture in the atmosphere.

See the swirl off of the coast of N CA? It will go through a few gyrations and eventually come ashore later Wednesday. From there it will sort of reorganize into the western Rockies on Friday and come out into the Plains. Ahead of this feature we should see a dramatic warm up with the typical and gusty spring winds blowing from the south. These winds will be increasing Wednesday into Thursday and are typically in the 25-40 MPH gust range from the south mostly.

So what’s to the south? 1) warmer temperatures and 2) gulf moisture. Both will come northbound. #1 on Wednesday and #2 on Wednesday night into Thursday. Typically when #2 arrives we get scattered showers/storms flying through the region at warp speed and that’s what we’ve been expecting for several days now. That remains the case.

You can see the area of low pressure in NW KS and here comes some higher dew points too…although not crazy high.

60° and higher towards the west of KC…now you sort of have my attention…assuming this verifies (it might or it might be a bit too extreme) but I’m paying attention.

So you have a developing surface storm out there…you have increasing moisture…you have a cold front slicing through KS…and it’s spring time…yup…instability. Here are the CAPES off the GFS model…bullish and over 2500 in spots out there…seems like a recipe for storms.

The above maps are via pivotalweather.com

Now there are some things that aren’t as aligned for storms out there BUT it’s something to watch because what forms out there would be moving towards the east north east.

There are questions on the timing of the front coming this way…does it move in Friday AM…PM..later? Can we sneak in another warm and windy day Friday? Will there be stronger storms Friday with a delayed frontal passage Severe weather? All things to be figured out over the next few days.

As far as the game goes…a delay in the arrival of the actual front may be a bit more problematic because this could delay the onset of that typical first round of fast moving storms that travel from the SW to the NE through the region. I’m hoping this occurs during the 1st part of the day on Thursday and then we’re good (but windy) for the game that afternoon. I don’t like the slower arrival of the main storm because this could bring that 1st wave in more towards the afternoon with calmer weather at night. It’s still several days away but it’s something to pay attention too…

Oh and on the far NW side of the storm…yup…snow is possible. Not here but up in the flooded areas of NE/IA especially. That would be one of those wet sloppy snows too… 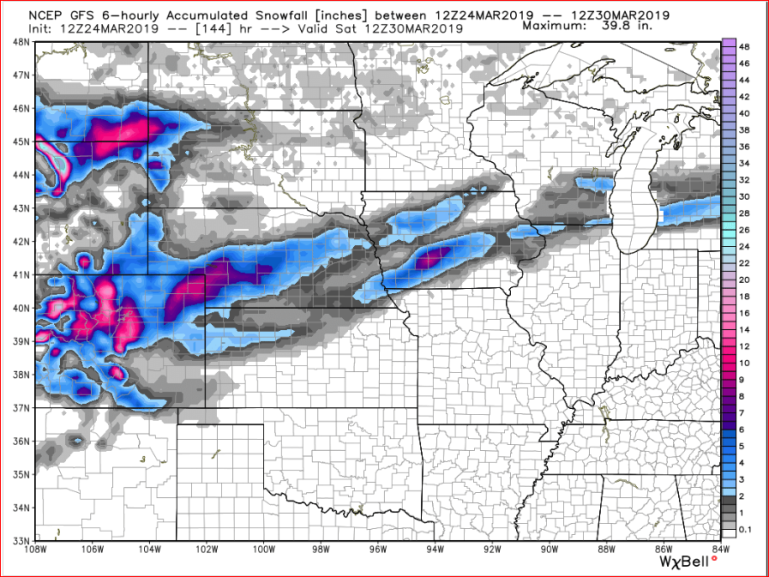 Some of that may be a bit overdone in southern IA especially but it’s worth monitoring. 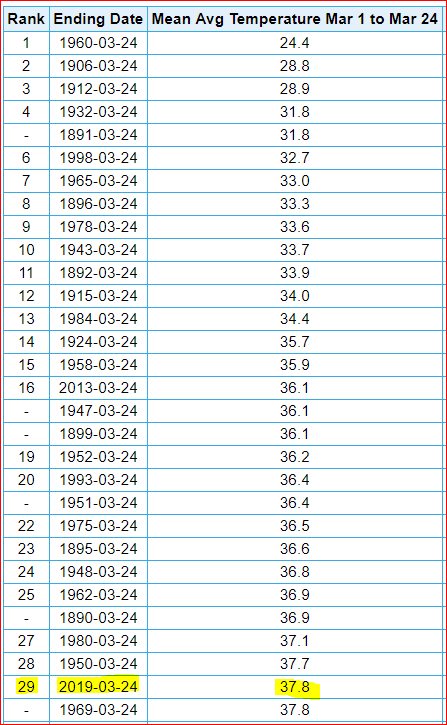 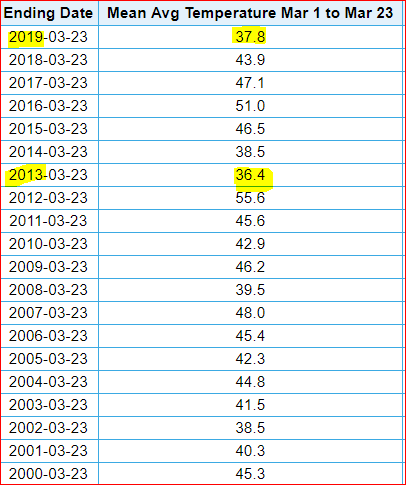 Finally yesterday I did a fun web sites talk about getting weather information. I like this talk because it’s more casual and for all of you who have a passion for weather there is a lot of easy stuff to go and find. Some of these sites you have to poke around but I do show a lot of them on this blog often…so here are those sites again. IF you were at that talk yesterday you know what this is all about. 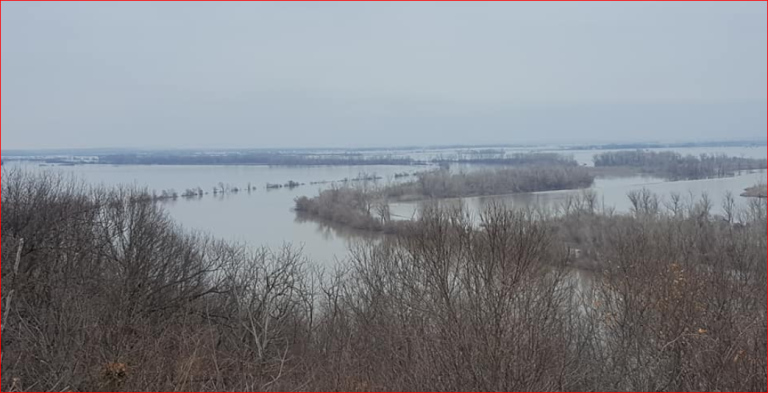