A rather pretty start to the day around the region with a touch of some fog in a few areas…that won’t last too long though with the sunshine wiping that away rather quickly. Overall though it will be a seasonable day today and into the weekend as well. The highest rain chance appears to be on Sunday with temperatures popping well into the 90s on Monday. The good news is that the humidity will be swept away, as will the heat, Monday night into Tuesday…and more comfortable weather comes into the region next week.

Overall summer so far hasn’t been too bad as I talked about yesterday. Only 16 days with highs 90° or above when the average for the whole year is 42.

Today: Partly cloudy with near average highs in the upper 80s

Tonight: Fair and muggy with lows in the upper 60s

Saturday: Seasonable with highs 85-90°. Some isolated KS side storms are not out of the question later in the AM and early afternoon

Sunday: Morning rain chances then muggy with highs well into the 80s depending on how quickly the rain moves through and the clouds thin out. Not much wind, aside from some gusts with the storms, all weekend long.

Rain during the summer months can be sort of a tricky thing sometimes. Some areas can get pounded while other areas go through weeks of getting very little.. Or in many cases get a big downpour and then nothing for days or weeks at a time followed by another gully washer.

This is the nature of most summers around here. Sometimes it works out that most areas get a good soaker…but that seems to be the sort of exception rather than the rule.

I noticed yesterday, officially up at KCI that for the “summer” which we define as June 1 to the last day of August, we’ve actually teetered to below average moisture up at the airport at least. Assuming there’s no rain today…we’ll actually be about 1/4″ below average since 6/1 up there…

Obviously though for the year that isn’t the case…still more than 10″ above average for precipitation.

For the airport though…this is a VERY short term thing probably.

Over the last 30 days though…there are many areas, especially east of the Metro that have been missing out on the rain situation. There have been numerous opportunities…but a lot of empty clouds. 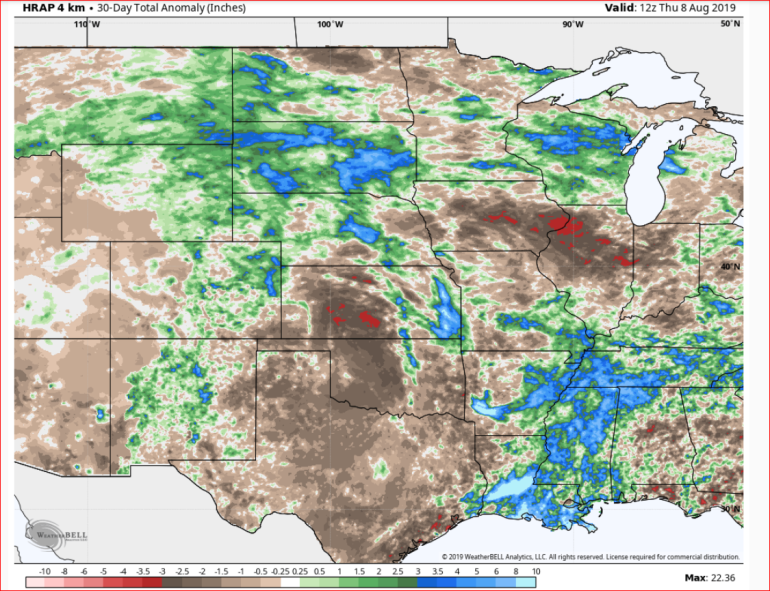 The map above shows the anomalies of rain…brown areas less than average…green/blue above average. Note that massive positive across eastern KS from that heavy rain set-up last week to the west of the Metro.

As we zoom into the region a bit more…same idea…last 30 days. 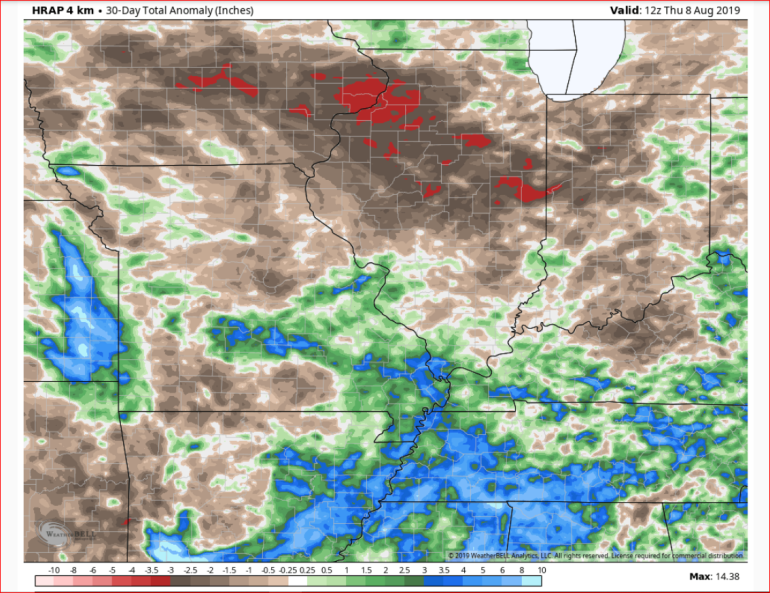 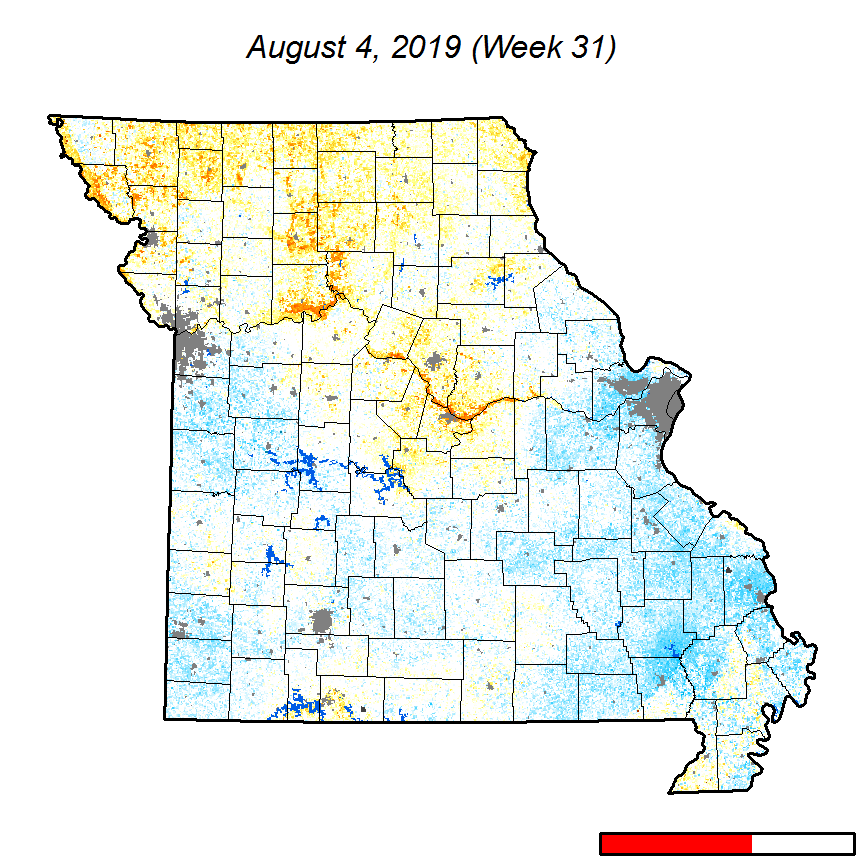 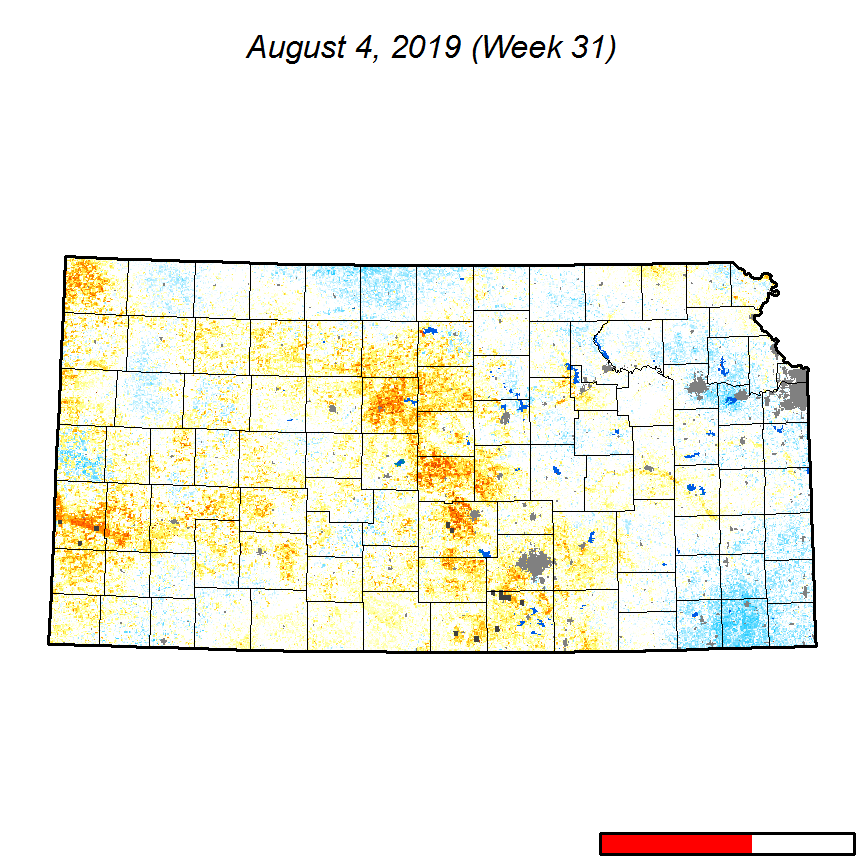 The blue areas represent decent moisture while the orange to reddish areas are where things are drying out fast. The grayed areas are considered Metro areas. 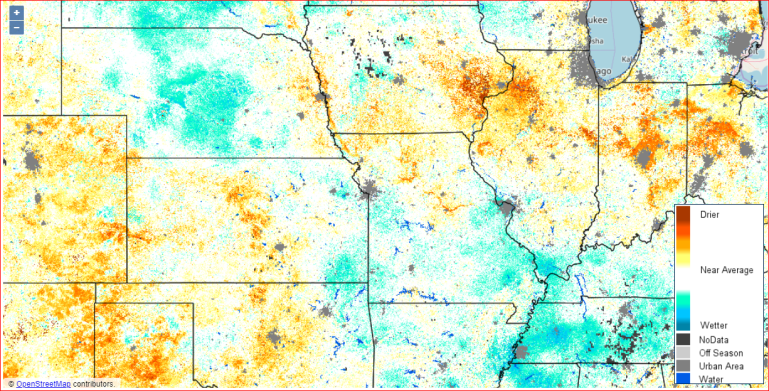 Sort of interesting I think…note over the last 7 days especially how things are really drying out across the corn belt from eastern IA through western OH.

As far as the rain chances go on Sunday…I’m increasingly confident there will be rain in the area during the 1st part of the day…can’t promise total coverage but at least something will be out there…odds favor under 1/2″ though…and since we’re talking thunderstorms…some get more or less.

Another opportunity comes Monday night into early Tuesday when cooler air will flow southwards. Ahead of that next cold front though we’re going to bake. I was rather aggressive with the heat on Monday and I still think this is the way to go. Let’s remember it’s been baking to the southwest of the area these last several days…we’ll be ahead of a front…we’ll have SW winds…the dew points will be pretty darn high…all ingredients for a nasty summer afternoon of heat and humidity with heat index values approaching 100-105° possible.

Then the front should move in and the models are starting to show signs of rain…that’s why I started to mention rain last night with that cold front…again the meteorology supports the idea of rain and I will be likely increasing the rain chances even more in my update later today. Fronts with heat and humidity rarely move through with nothing on radar during the dead of summer.

Temperatures will not be as hot on Tuesday through the rest of next week but I do want to be sure we get some real cooling behind this front. The EURO last night started to back off somewhat from the cooling…not as hot..but not as cool as the data showed yesterday. Something for me to look at a bit harder later today.

Finally there’s this over the weekend…

Perseids about to peak! ☄️

In 2019, the peak mornings for the Perseid meteor shower – around August 11, 12 and 13 – will be troubled by moonlight. Plan to watch for Perseid meteors this weekend. Read more: https://t.co/eFlWogWQQY 👓 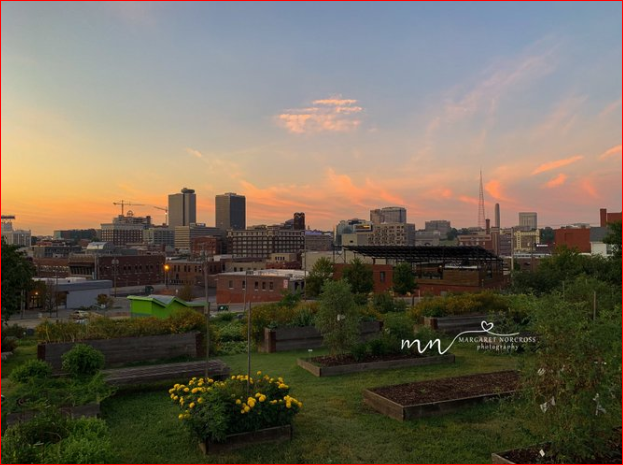