We’ve been expecting a shot of hotter weather and it really kicks in today. Over the weekend, highs were really average…upper 80s Saturday and 90° Sunday. Today we’ll tack on about 5 more degrees to those highs and that will send the heat index popping to around 105°. Once it gets to that level, and with it expected to be in that general vicinity for a few days…a HEAT ADVISORY is issued. I got into this more in yesterday’s blog about how heat is really the biggest weather killer compared to the other weather events we worry about here in the KC area (tornadoes etc).

Just use common sense and remember to stay hydrated.

Wednesday: Ditto again except the highs may be a degree or two hotter

Not too exciting I realize and this is pretty typical for July really. It’s supposed to be hot and humid in July and August and when we get some relief in the form of thunderstorms or more tolerable air…we enjoy those interludes. Unfortunately at least locally, not much relief is coming for a few days at least and IF a cold front doesn’t make it too us later in the week…it may stay on the hotter side of things into the weekend. There are signs though that the worst of the more stifling heat will indeed back off a bit later this week. My thought is that it will come back again NEXT week.

So if you like summer heat and humidity…you’re golden.

I don’t want to rehash yesterday’s blog concerning the heat risks…you can click on the link to read about the seriousness of the heat, mainly for the immediate city of KC. When temperatures at night don’t drop off efficiently, that’s the bigger issue. This morning the low in Downtown KC was 78°. It would be helpful to the cause IF we could get some cooler nights, but between the moisture streaming northwards (higher dew points) and the winds which don’t necessarily drop off overnight…the air just can’t cool down fast enough between sunset and sunrise before the heating begins again.

I wanted to post something interesting that I’ve been thinking about concerning the comparison to the summer of 2012 and what’s been happening this summer. If you remember we were going through a rather nasty drought in 2012…the land around the region had dried out considerably and things were in the process of going dormant. The land itself was mostly brown.

I've been meaning to look at this via @NASAEarth Looking at July 2012 (drought) vs 2day. Drought on left. Note the change in terrain color pic.twitter.com/D4qtoLPZAN

That “greenery” noted on the right hand side is obviously because of the rainfall that we’ve seen over the more recent months…and when you compare the years graphically through today’s date…you can see why things were brown then and green now.

Notice in the above map the darker green line represents the drought of 2012. We were actually doing OK till about early April when the rains slowed down significantly. The brown line above shows the “average” line while the cyan colored line shows 2017 (above the average line mostly). So the more rain we’ve gotten the greener the terrain out there.

That green terrain is constantly releasing water vapor into the lower part of the atmosphere. The process is called evapotranspiration. This water vapor being released combined with a SW/S flow bring gulf moisture northwards sends the dew points up into the 70s. During the drought, when the land was dormant and the ground didn’t have moisture to really evaporate into the lower atmosphere the dew points were actually rather low by KC standards. Dry air heats more efficiently than moist air does…and as a result it was actually hotter during the drought than this heat burst we’re going through BUT is was more “comfortable” because of the lower dew points compared to what’s ahead over the next few days.

Here is a good explainer about the importance of dew points when relating things to the comfort of the air.

That dry air in 2012 allowed the overnight lows to drop into the 60s on many of the same days highs surged about 100. You may remember in the end the drought was broken by the remnants of a tropical system that brought 4-8″ of slow soaking rain over several days to finish off the month of August.

This year we’ve had pretty timely rains (mostly) and the ground is in pretty good shape. The negative to that is that with the land sending water vapor up and the moist flow from the Gulf…we stay humid with temperatures in the 95° range (give or take).

What will control the heat around the region is the progress eastwards and westwards of the upper level ridge of higher pressures. Right now the core of that is still west of the region towards the 4 corners region of the US.

It’s sort of tough to see on the water vapor loop. What is easy to see IF you look at this loop this morning is the thunderstorm complex that’s weakening through the upper Midwest. These clusters need to be watched over the next few days because they can spew debris clouds into the region depending on where they form.

So the core of the heat will migrate eastwards into the Plains for the next few days…then guidance suggests that it will again retreat towards the Rockies over the weekend. This should allow for at least a brief knockdown on the higher temperatures (perhaps 5° or so without a cloud factor). Then NEXT week it may migrate eastwards again.

Finally some interesting video coming from the western part of the country where wildfire season is starting to kick it up a notch. There was so much moisture out there this winter that there’s a lot of growth that has taken place in the vegetation. Typically that growth dries out in the late spring and summer because of a lack of moisture. That combined with winds help to spread wildfires…look at this video from Nevada and keep an eye on the western side of the fire.

Obviously it’s not what you think but those are common in intensely hot fires that are out of control and with terrain effects contributing to the rotation of the fire/smoke…pretty stunning. I believe this is by the Oroville Dam, an area that you may remember being in the news because of the dam damage over the weekend. It’s referred to as the Wall Fire.

Meanwhile in the far southern deserts of the US…the Monsoon season has started and that means some areas that haven’t seen rain in a long time…start getting rain. Rivers that are dry beds…become rivers again. This next video is sort of cool…watching that phenomena happen.

#Monsoon2017 has brought the first waters to the San Pedro River pic.twitter.com/t5qR8z8UYn

OK that’s it for today…not sure if I’ll blog over the next couple of days or not since I wont have a lot to talk about…it just depends. 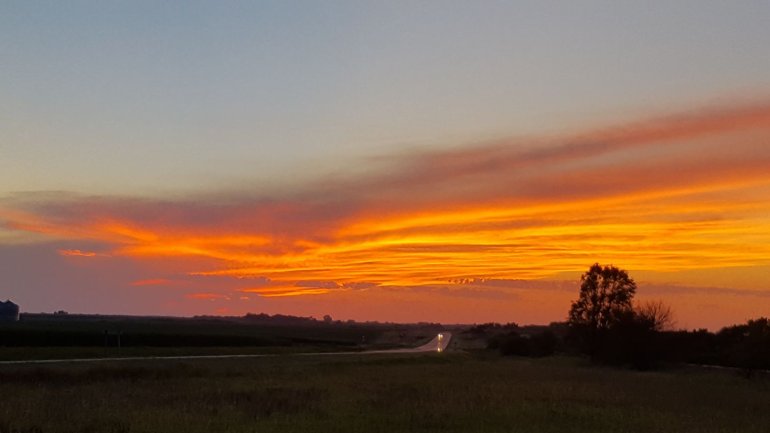