Good afternoon…I wanted to let you know that I’m going be be taking the next 10 days off…and I’m under orders not to bring along my laptop ( :) )…so I won’t be blogging for awhile. I won’t be very active on twitter either…so send any questions to Karli (@KarliRitter) or Michelle (@MBogowith) on twitter. They’ll get back to you. there won’t be a lot happening in the KC region for awhile but at least for now it’s rather pleasant out there today but we are a few degrees warmer now that we were yesterday (THU) at this time.

The slowly building heat and the return of increasing dew points will be the highlight of the weather around here for the next 5+ days. Temperatures won’t get extreme locally but it seems a pretty decent run of near or above 90° days are coming our way.

We’ve had a run of very nice weather this week but over the weekend (10th-11th) you’ll start to feel the combination of heat and humidity a bit more. At 1PM this afternoon our dew points are still around 60° which is very decent for June…

With that said though…the dew points (denoted by the green numbers in the above map) will be on the increase over the next few days. We should see near 65° dew points Saturday and higher values after that.

This combined with the increasing temperatures will yield heat index values of 95°+ in the shade. Add another 15-25° for being in the sun on asphalt. So summer gets cranking about 10 days before the “official” start of summer in KC.

For the time being we are drying out as well. The “official” rain amount up at KCI (as of the 9th) is still a few hundredths of an inch. We’re still in the wettest time of the year but there isn’t anything big coming for awhile it appears. There will be an opportunity for some rains toward the middle of next week (the week of the 12th) but I’m not sure how much can fall with that.

Remember that term…microburst? Strong winds coming out of a thunderstorm that slam into the ground. There are “dry” ones…and “wet” ones. Here is an example of a “wet” one. Go about 15 seconds into this one near Austin, TX.

Meanwhile folks are getting more and more interested in the Solar Eclipse coming in August. The people at NOAA have put this information graphic together showing the climatological coverage of clouds during that time of the year.

Typically there are at least some clouds around in the afternoon during August locally. What we don’t want to happen is for some sort of thunderstorm complex to give us headaches by blocking out more sunshine during the day. 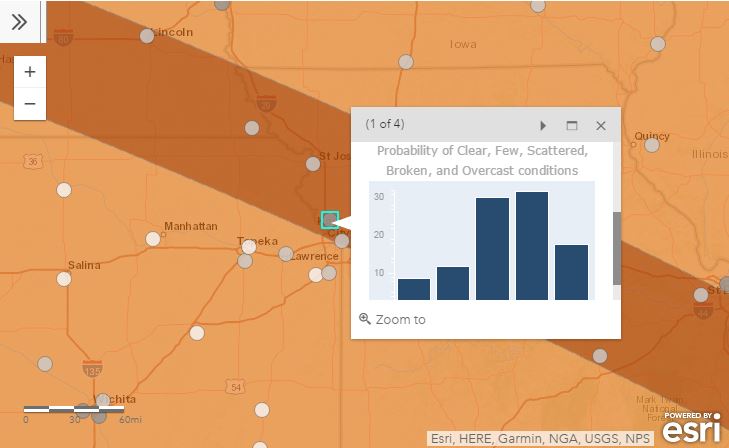 Speaking of which…it really is amazing how “little” of the USA gets to see 100% coverage of the sun by the moon. This animation from NASA highlights how little of the US gets “totality”

I’ve been noticing a few tweets in my timeline referring to some wheat disease and fungus going on on the KS side in particular. We’ve had so much warm weather, from winter onwards in the Plains, combined with rather dry conditions that got pretty wet that the soils are trying to figure out what’s going on. Pretty dry>flooding>getting dry. The corn crop has been impacted as well. There has been a lot of replanting happening out there as a result.

A pic worth a thousand tables — thanks FB — Corn status pic.twitter.com/IA4Yi9Z8AG

That’s almost 1 million acres that haven’t been planted or isn’t doing so great on the KS side.

Since the soils vary so much in terms of their ability to hold moisture…it creates long term problems for farmers.

The severe weather season has gone through sputters and lurches. Overall the tornado count is above average, but many storm chasers will tell you it’s been a strange one again. We have had though enough thunderstorms…they just haven’t produced a ton of tornadoes in the Plains…they do though produce a ton of lightning. Lightning is one of those “underrated” weather killers that many don’t take seriously enough.

Thunderstorms do not have to be severe to be deadly. No place outside is safe. Get inside a substantial structure when you hear thunder. pic.twitter.com/CudJHUqx2M

Notice the big 3 of where people are struck and killed. Interestingly only 4 on a golf course…there’s hope for me yet!

This next item though is about a tornado. It occurred about a week ago…and it’s impressive to see sped up.

Hurricane season started about 10 days ago…

Having problems pronouncing the hurricane names? Here are the names & phonetics to help with this hurricane season. #lawx #mswx pic.twitter.com/R4RRiztJGc

Model data in the last few days indicates that the developing El Nino that was expected to occur is really NOT believed to be a factor for the summer months. When there is an El nino…hurricanes have a tendency to be reduced. Now that we’re going to be in mostly “La Nada” conditions (neutral warmth of coolness of the Equatorial Pacific waters…a negative weight has been removed for potential development.

OK that’s it for today and again this will have to do you for about 10 days…I’ll get a blog out again on the 22nd I think. Enjoy the heat!

Our feature photo comes from the People Of Cowtown..taken a few days ago in Peculiar, MO. 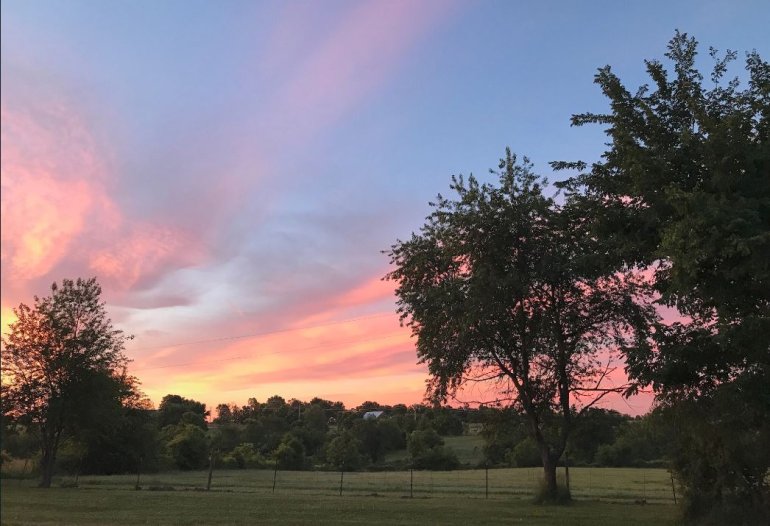