After a foggy start this morning a fast moving cold front will be the next immediate change in the weather around the KC region this afternoon. This is one of several cold fronts coming over the next 5 days or so that will influence the weather one way or the other. In some ways that means rain…in other ways that means some chilly temperatures and finally in some ways, depending on the front’s interaction with stronger winds above the surface…it could mean bigger rains somewhere in the region. As I mentioned last night I’m concerned about flooding heading into next week. Who get the most rain though remains to be seen but there are signals developing that need to be watched over the next 5+ days or so.

If you’ve planted sod…you’ll be happy I think. If you’ve got a sump pump somewhat on the fritz…you may want that to get repaired sooner rather than later as a precaution if nothing else.

Today: We should see a fast warm-up ahead of a cold front coming into the area early this afternoon. There may be some showers/storms around after 3PM…mid 70s are doable before 3PM then a dropoff into the lower 60s towards rush hour with increasing NW winds of 25-35 MPH with the front moving through

Tonight: Fair and cooler with lows in the mid 40s

Tomorrow: Nice with highs well into the 60s

Saturday: Rain in the morning ending by 10AM then nice…breezy and warmer with highs in the 70s…it may turn cooler later in the afternoon

Sunday: Cold morning…maybe some patchy front (attention gardeners) then increasing clouds with some rain possible towards evening. Cool with highs 55-60° but it could be cooler with more clouds.

Lots going on in the world of weather around KC over the next week. 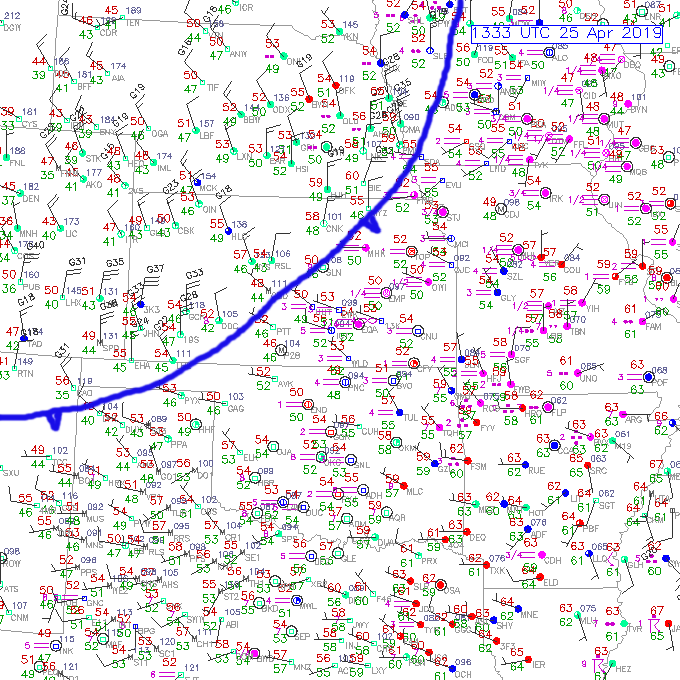 This front will get here during the middle of the afternoon. The winds will pick up behind the front and you’ll notice some more billowy clouds developing. These may turn into showers or perhaps a couple of thunderstorms especially from KC east and south. Here is radar just in case.

Whatever happens will be fast and not too heavy later today.

3) Quick hitting rains likely Saturday morning. There will be a wave coming through the Plains that should spread some rain through the region. It appears the rain will be done by noon Saturday and probably even earlier than that. So overall Saturday is pretty good it appears. The front comes through early in the afternoon so we may see a droop in temperatures with increasing winds on Saturday afternoon. So sort of blustery in the later PM hours I think.

4) I’m increasingly concerned about morning frost on Sunday. Gardeners you may want to pay attention to that aspect of the forecast a bit as the day and tomorrow unfolds. IF the push of cold air leaves us quicker on Saturday night..then we won’t be as cold Sunday AM It won’t be a freeze but maybe some patchy frost in some areas. Again worth watching.

5) More rain beyond that. In many ways that front that comes through on Saturday will sort of dictate what happens afterwards. Where the front eventually stalls and where the winds above the front create the best localized lift later Sunday will start the rain machine. In some ways the stronger push of the cooler air Saturday PM and the farther south the front goes…the farther south/longer it will take the rain machine to get going on Sunday night. IF the push isn’t as strong the faster the rain could develop. Why? Because as I talked about yesterday the winds above the surface front will be blowing OVER the front…this creates lift and that creates rain/storms.

6) The heavy rain set-up for next week is still there. Again do we get the heaviest? Is it more towards I-44? You can’t ignore a stalled front in in the region somewhere and repeated waves coming along the front and winds above the front pushing moist air northwards. So there are things that are still in some doubt…like where the front sets up…but the data is pretty convincing that 2-6+” of rain is possible about anywhere from MO/KS southwards…again the devil is in the details but a prolonged rain chance is coming (off and on) for most of next week…at least through Wednesday and I have some early concerns about Thursday too (School Day). 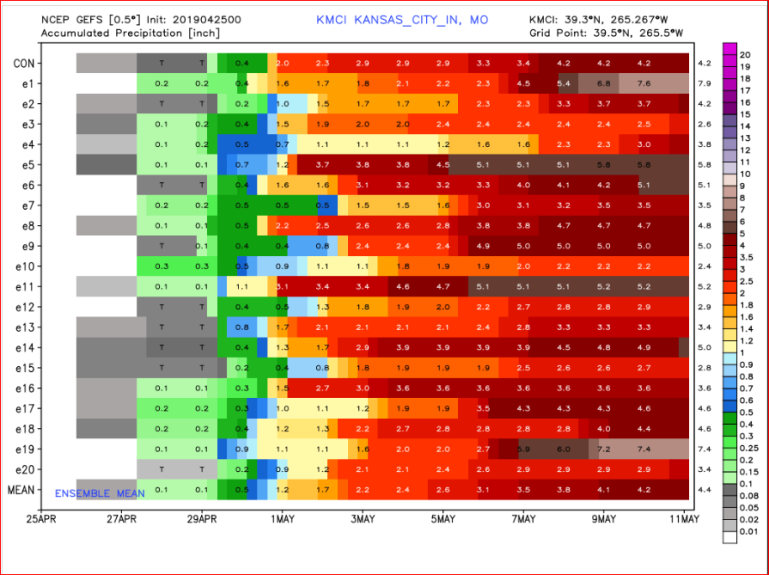 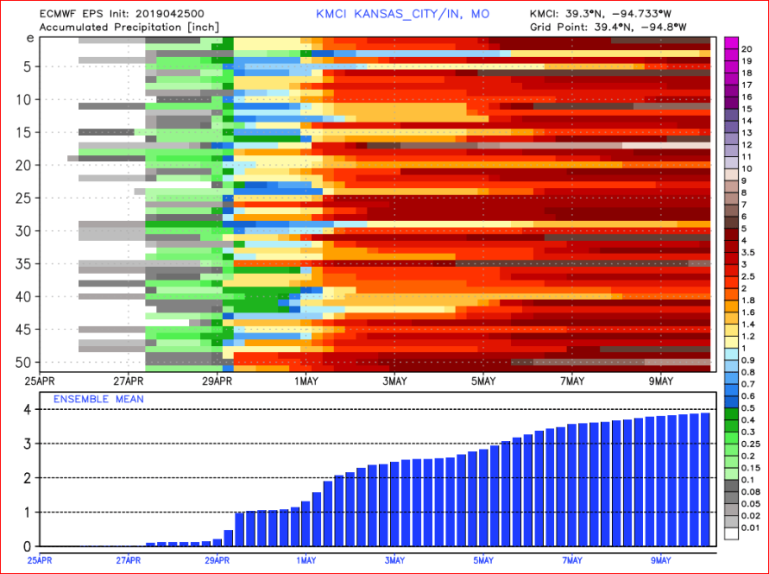 Late April into especially May can get pretty darn wet…

8) The severe weather aspect of this set-up is rather murky locally. There may be better chances farther south than here in KC next week. Again a lot remains to be seen. IF the front is farther north…it’s possible we get less of the heaviest rains but more instability. That could mean a better chance of severe storms closer to the area at some point. Worth paying attention too next week.

So a lot happening and a lot to watch over the next week or so. Our feature photo comes from Stacie in Lansing, KS 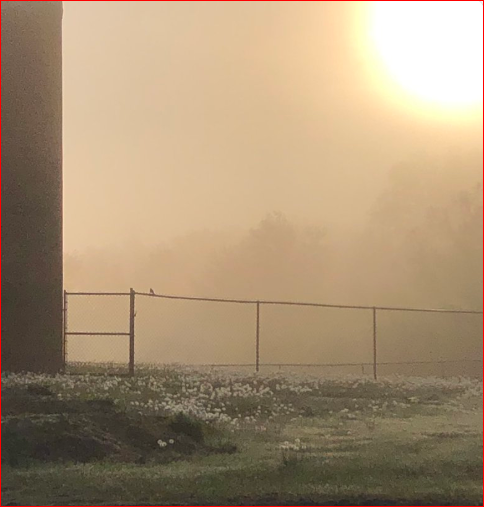