The well predicted snow event, going back to last week, pretty much played out as expected…snow amounts around KC were roughly in the 1″ to about 2.5″ range on average. There were a few locally higher totals…but I haven’t seen anything more than 3.5″ or so. St Joseph had 3.4″. Smithville had 3.3″. Everybody else was roughly 2+” or less…

We chuckled in the studio as you can see…

And so it goes…

Tonight: This is a temperature bust in the making. It’s because of the clouds. I’ve mentioned the potential of sub-zero cold for a few days…and this is very much on the table. The issue is the clouds though. The more clouds we have…the less the chance the temperatures will drop off. The fewer the clouds the higher risk of a tanking temperature set-up. So the potential of 10 below temperatures are on the table. With the clouds…it may only go down to about 5° above. Then the issue is some may have clouds while others see clearer skies…now the specter of a 15° spread in overnight lows occurs. Finally there is the issue of clouds and clear slots…where temperatures vacillate.  They tank…then they go back up with clouds moving through the skies. Long explanation…but I’ll go with a low of -4° @ KCI.

Friday: Mostly sunny and cold with highs around 15°

Saturday: Mostly sunny and not as cold with highs 25-30°

Sunday: Variable clouds with highs near 30°

Well I sort of got into the forecast conundrum in the section above…again the cloud cover situation is the tricky aspect of tonight’s low potential. My suggestion is IF you have pipes that tend to freeze up…you may want to either/both open those cabinets to allow some air circulation…and/or thinly stream some water from the faucets before you go to bed.

Also don’t remember to bring the pets in tonight if you can…they can get frostbite too.

The ingredients for a cold bitter night are typically 3 things…

Snow cover is laid as you well know…winds will be light…and the dew points shoud be under 0°. The clouds though are the big question mark.

What I suggested to MT was to keep my idea…but at 10PM or so…if it’s more evident one way or the other regarding the cloud situation…would I be shocked if some drop under 10 BELOW tonight…nope…not at all…could someone tank to -15°…yup…I think that chance though may be higher towards the IA border.

It will be interesting to see the final lows tomorrow AM.

Meanwhile there really isn’t much else happening weather wise around these parts…temperatures will gradually moderate into next week. That moderation may get stopped though by a cold front due in sometime on Tuesday of next week.

If you remember I’ve mentioned a bit about the cold air source hanging around in SW Canada…well it’s going to be somewhat of a thorn in our side…because a cold front can try to tap some of that nasty cold air up there…and until that source is dispersed…it will be an issue for us.

Tuesday has potential for warmth…BUT the timing of a cold front coming in could take an almost 50° day and send things down to the 30s in a heartbeat.

What I think is going to be the evolution of things is that the forecast will be rather changeable in terms of the longranger for the next 5-10 days with ups and downs…and I’m concerned about the potential of lower clouds getting trapped when the cold air comes into the area.

I think in the big picture though…towards of after next weekend…the trends are milder towards the 3rd week of JAN (after the 17th or so?). Interestingly this connects to what many call the January thaw.

I don’t see any real snow-makers for us of significance for awhile.

Before you send us your snow report, make sure you are properly measuring snow. https://t.co/p0EOS74Xus pic.twitter.com/on2wp2f6n2

California is getting some interesting weather…

The snow levels will be higher than usual…BUT check out this snow forecast.

Storm totals from the Sierra this week! Wow.
Flooding is still expected this weekend so keep an eye on the forecast. pic.twitter.com/jWAyuWW49Q

I’ll probably blow about that more tomorrow or Saturday. 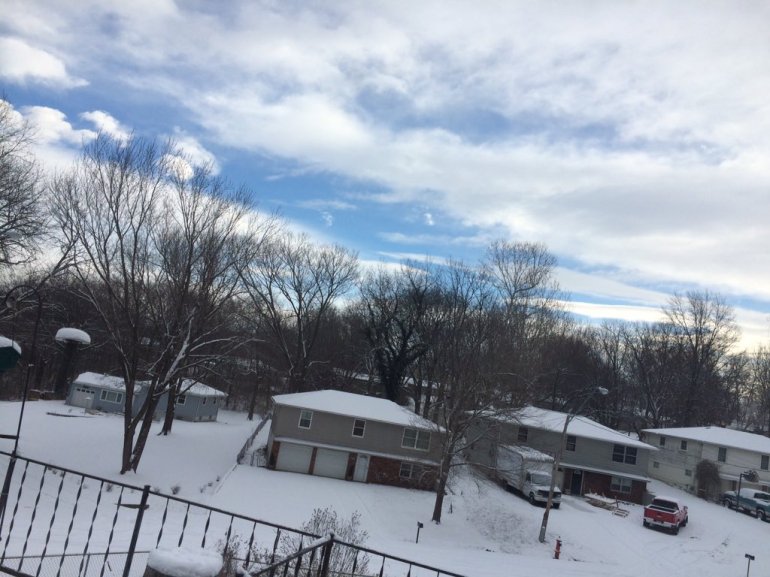 Severe Thunderstorm Watch until 5 AM Sunday

KANSAS CITY, Mo. -- It wasn't the typical concert for one country star.

Instead of filling a stadium, Casi Joy performed at a neighborhood party.

KASNAS CITY, Mo. -- The Steeple of Light is now shining bright through the Country Club Plaza for the first time in 14 months.

The previous 25-year-old lights ran their course, so the church had to fundraise $80,000 for four new lights

Steitz said this weekend is a beautiful moment. Not only were the lights missed, but worshipping in person was too.

KANSAS CITY, Mo. -- The Kansas City Monarchs are preparing for the season with Fan Fest at Union Station.

The iconic name is finally coming back to Kansas City and head coach Joe Calfapietra is excited for his young ball club to take the field.

Ahead of Harris meeting, Mexico president accuses US

How valuable is your favorite team? Forbes just ranked the top 50