Good afternoon. It’s gray and dreary out there today and the days after a heavy wet snow are notorious for remaining cloudy for longer stretches that what the models may or may not think. There is still a lot of moisture in the bottom few thousand feet of the atmosphere…then there is a matter of the cold air present. Then the additional snow cover factor (a lot of that). The 3 ingredients plus a lack of any wind is troublesome for sunshine…

Tonight: Cloudy and chilly with lows in the mid-upper 20s

Monday: It may remain pretty cloudy for awhile. I’m hopeful for some sunshine but I’ll be a negative with highs 30-35°

Tuesday: A bit more sunshine with highs in the 30s.

Well the snow storm is over with. I’m waiting on a nice snow map from our local weather service offices…but until then. 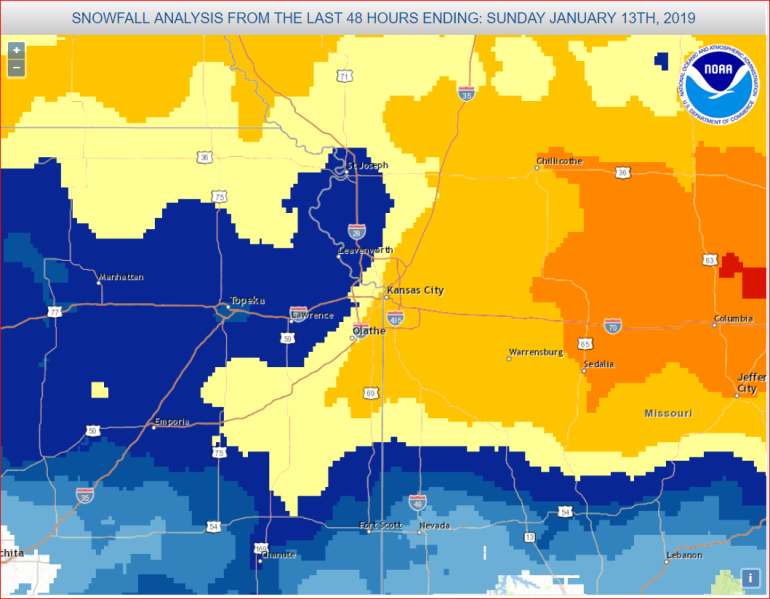 The map though is very low resolution since the Metro had widespread 6-10+” with some 10-13″ running around parts of the area as well.

That weird gap though of lower totals north of KC towards Topeka is somewhat real though…be interested to see a more detailed plot of that region.

So with the snow…moisture in the lower part of the atmosphere…the refrigerator effect of the snow on the ground to the cold air already here and light winds…you get massive amounts of clouds.

That’s a lot of white…

The moisture thickness is only a couple of thousand feet. The base of the clouds though are only about 100-200 feet up. The cold air cools this moisture in the atmosphere which allows the moisture to condensate…getting thicker. The lack of wind prevents much “mixing” of the drier air above the cool moisture in the bottom of the atmosphere. So we sort of get stuck in the muck.

Winds would be helpful to break this up. The winds a few thousand feet tomorrow will be about 15-20 MPH. Not sure if that’s enough to do the trick. The winds will be faster above us on Tuesday that hopefully will help things out. Then we’re faced with the potential of fog/freezing fog IF we do in fact clear off at night as well this week combined with lighter surface winds. So a lot of stuff may happen this week…in the lower part of the atmosphere that create the weather we feel…but in terms of bigger stuff…we may remain quiet into Thursday.

Then the arctic air issue presents itself and that creates problems into next weekend. An arctic air mass will be building up across the northern reaches of Canada and will start coming towards us in earnest on Thursday. Let’s go up to about 5000 feet or so and see this building air mass. This next map is for 6AM Thursday and shows the anomalies (compared to average) of the air temperatures up there. 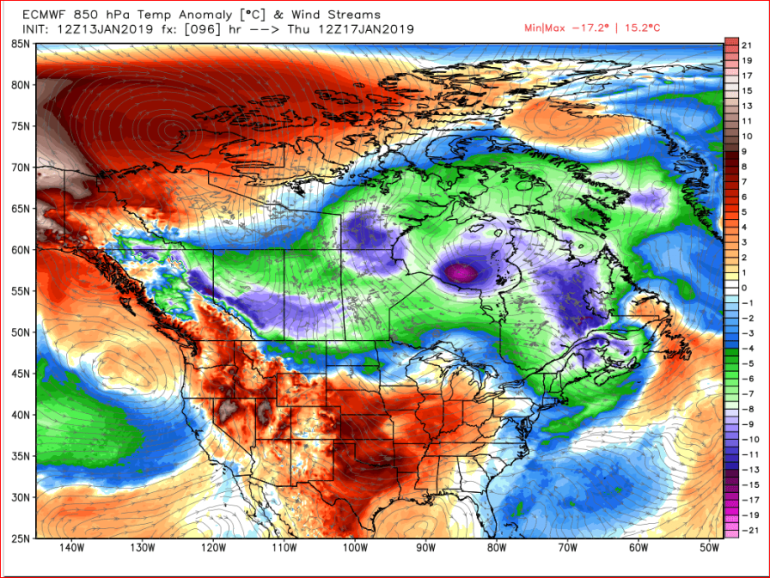 That air will be coming our way sometime Friday.

By Friday evening…here is the same idea… 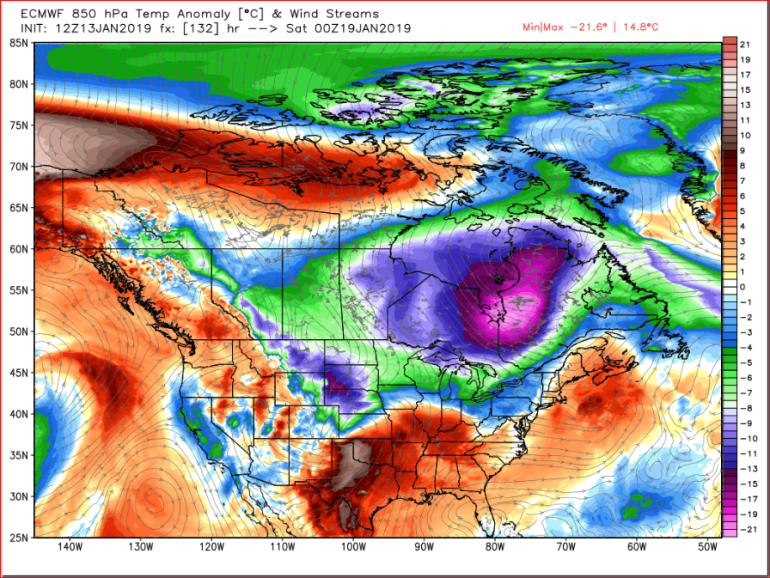 and then by Saturday night…you can really see the plunge. 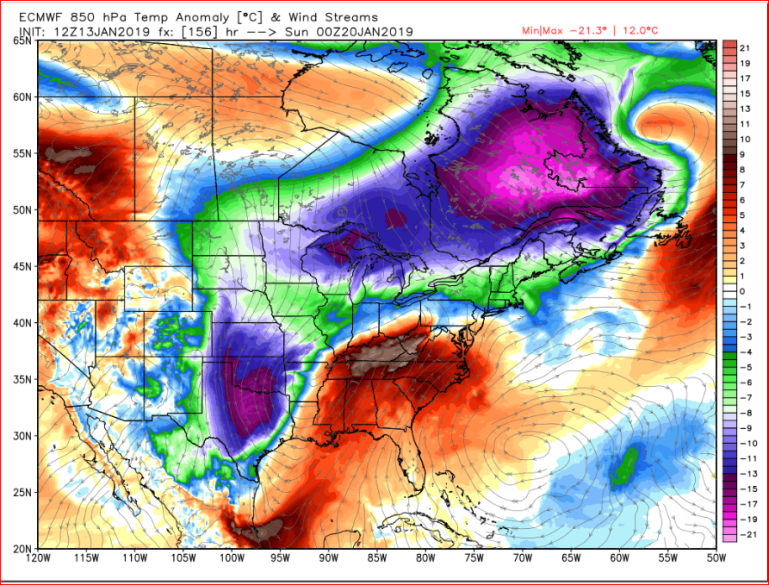 This air mass won’t be crazy unusual but it does mean a much colder weekend coming NEXT weekend and the potential of teens for highs and sub-zero wind chills. Potentially even sub-zero lows NEXT Monday AM (the 21st) depending on clouds and wind direction.

Now about the next snow…

YES I think something is cooking. As the cold air comes southwards a storm will be coming towards us Friday into Saturday. This storm and the arctic air in place is VERY concerning to me…and spells another snowstorm potential that bears watching. I see a way that we get some snow on Friday then the bigger snow sometime on Saturday. This time it will be more of a wind driven type event perhaps…not the heavy wet stuff that we just endured. 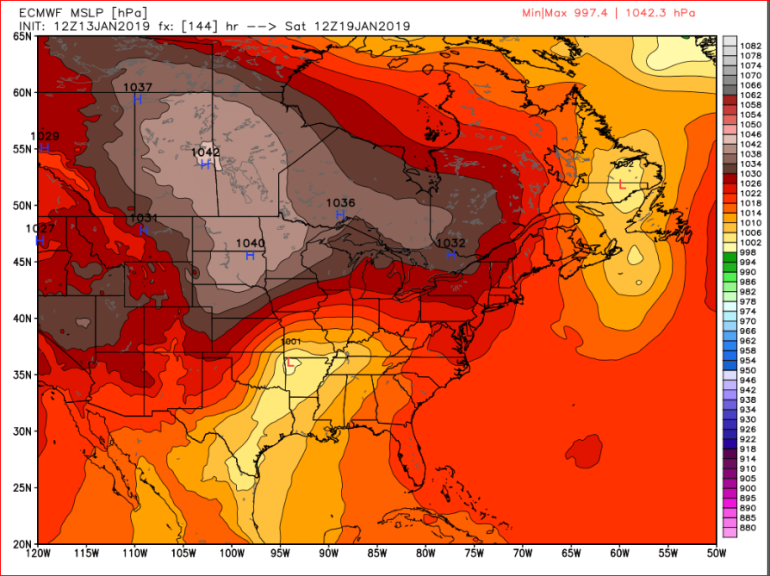 Surface low in NW AR…BIG arctic high pressure in the northern Plains with an extension towards Canada…that’s as good as it gets snow lovers.

Let’s see how that actually happens though. The GFS model is a bit more progressive and doesn’t give us this classic set-up.

You can see the differences in how the model data is handling next Saturday by doing a comparison. Use the slider bar…on the right is the GFS model…faster, weaker and progressive with storm. On the left is the EURO model…slower…deeper…and in time snowier.

Remember though that is just one version of the GFS…let’s look at the other members that go into an ensemble…and you can see that the model is fighting itself. NOTE: all these other members of the same “team” think that a snowstorm here later Friday into Saturday is a real threat. 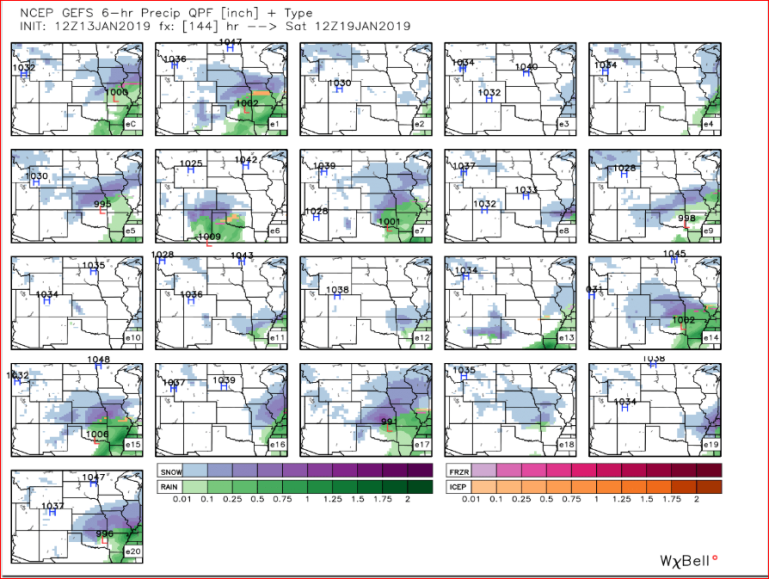 Almost half of them…and that’s significant.

Regardless of the storm…it gets cold.

Oh and I want to back track a bit to this coming Thursday. With the cold air in the region from another shot (weaker) on Wednesday and snow all over the place helping to keep things cold Thursday..there may be a rather fast moving wave coming out of the Rockies. That could prove interesting because the air aloft will be above freezing I think. Warm up there..cold at the surface. That means maybe some freezing rain issues. I noticed some hints about this yesterday but obviously I had my hands full with other things…I may add that to the forecast tonight…for Thursday.

Our feature photo (there are so many great ones) comes from Tammy Sudac. 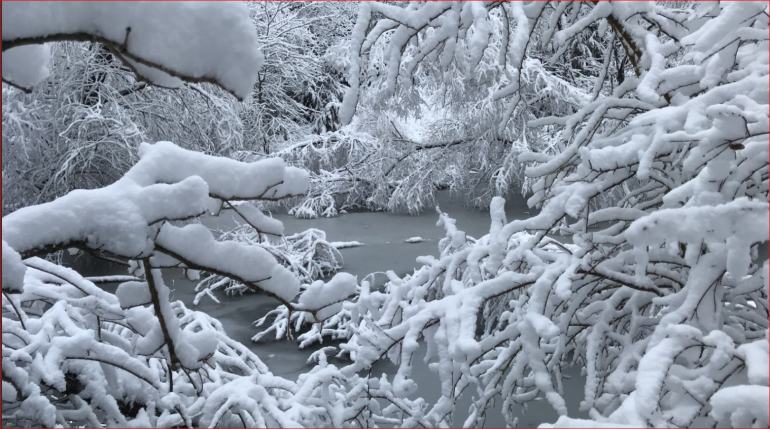